Sign Up
Log In
Purchase a Subscription
You are the owner of this article.
Edit Article Add New Article
You have permission to edit this article.
Edit
Welcome, Guest
Home
FULL MENU
News
Life
Sports
Obits
e-Edition
Classifieds
Jobs
Events
Subscribe
doc. 22/23
1 of 6 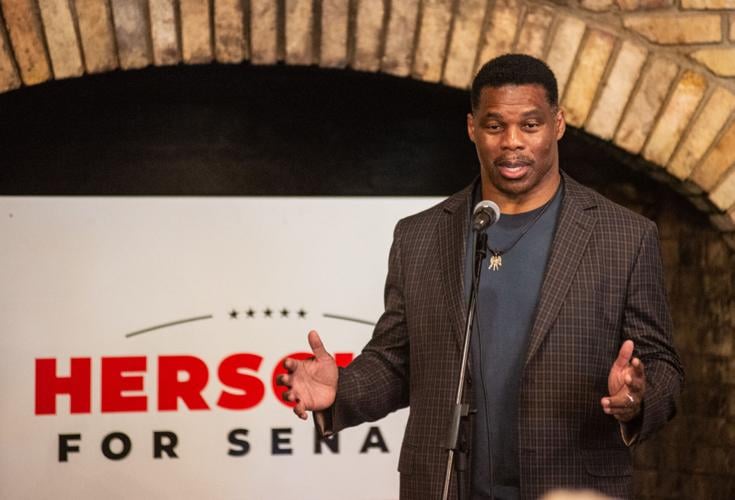 Heisman Trophy winner and U.S. Senate candidate Herschel Walker speaks to the Republican Women of the Golden Isles and others Friday morning at Bennie’s Red Barn. 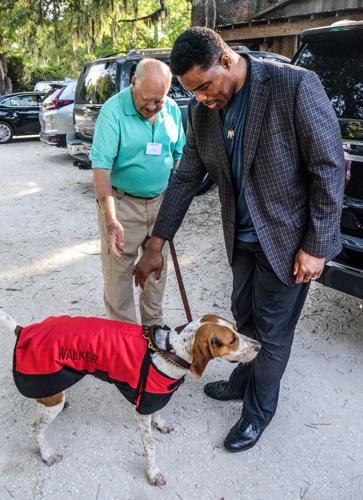 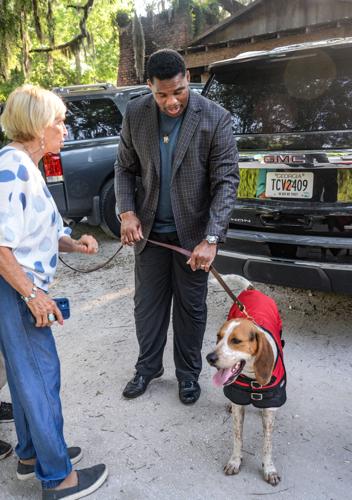 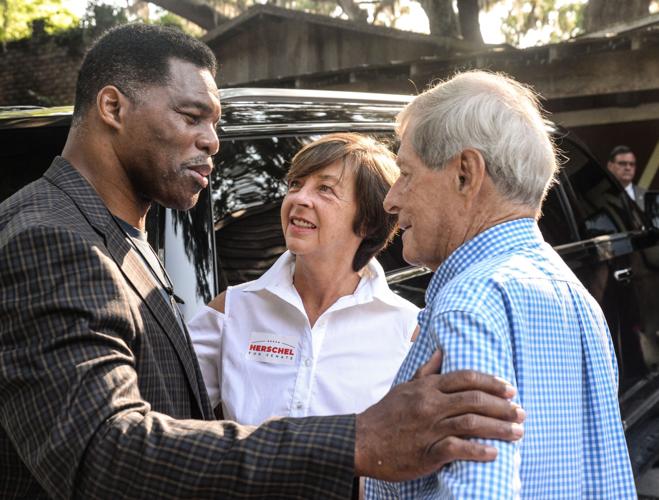 Herschel Walker speaks with Leslie and Mack Mattingly, a former U.S. Senator from Georgia, as Walker arrived at Bennie's Red Barn Friday morning to speak with the Republican Women of the Golden Isles. 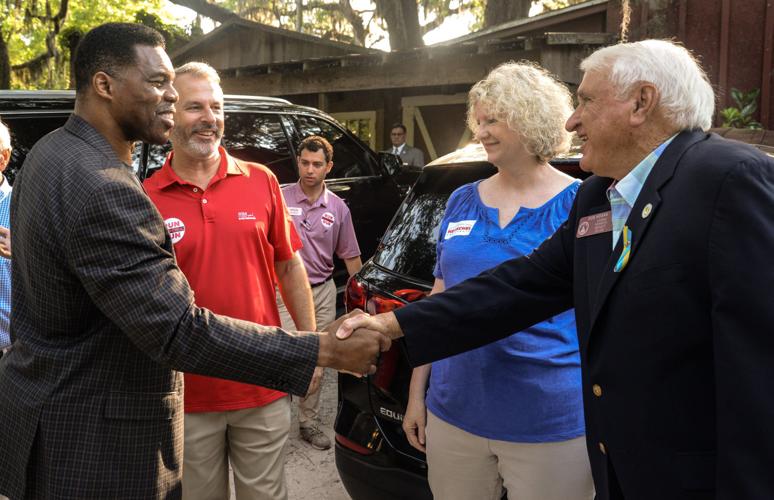 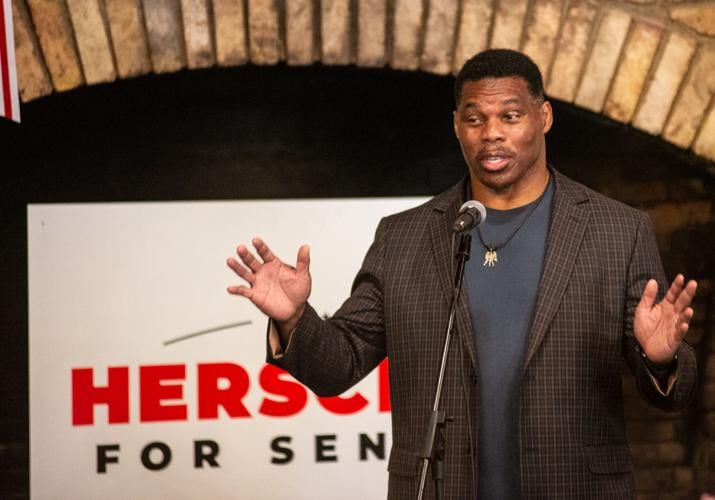 Heisman Trophy winner and U.S. Senate candidate Herschel Walker speaks to the Republican Women of the Golden Isles and others Friday morning at Bennie’s Red Barn.

Herschel Walker speaks with Leslie and Mack Mattingly, a former U.S. Senator from Georgia, as Walker arrived at Bennie's Red Barn Friday morning to speak with the Republican Women of the Golden Isles.

Walker, who is seeking the Republican nomination to challenge Democrat Raphael Warnock in the November general election, was introduced by U.S. Rep. Buddy Carter, R-1.

Carter said he considered running for the U.S. Senate seat until he learned Walker was seeking the nomination.

Walker said he was a shy youth with a speech impediment who was afraid of being bullied.

“I was one of those kids who wasn’t supposed to make it,” he said.

He became a football star in high school, but Walker said he didn’t want to go to University of Georgia, where he later won the Heisman Trophy as the nation’s best college football player and a national championship.

Instead, Walker said he wanted to enlist in the U.S. Marine Corps. A coin toss determined his destiny, he said.

He went on to play professional football for 15 years, a very long time for a running back. He was also on the U.S. Olympic bobsled team in 1992.

Walker said there are many reasons he decided to run for the senate.

“This is the greatest country in the world,” he said. “If we don’t protect it, we’re going to have problems.”

He criticized the suggestion of defunding police as a “dumb idea.”

“Everybody needs public safety,” he said. “Everybody wants to go home safe.”

At the same time, he said people have to be held accountable for their actions.

“We have laws in this country you’re going to have to abide by,” he said.

He described the U.S. Constitution as the greatest document printed since the Bible.

Walker, who is Black, said he is more concerned about students reading at grade level than teaching critical race theory.

He criticized President Joe Biden’s decision to stop construction of the Keystone XL oil pipeline, saying Russian President Vladimir Putin has “nothing to do” with high gas prices currently experienced in this country.

“When are we going to get the guts to say no more of this?” he said. “It’s about our next generation. It’s about common sense.”

He said he was more concerned about the source of the leak than the possibility the Supreme Court might soon overturn national abortion laws.

“I’m for life; I’m a Christian,” he said. “Why are you not worried about the leaker who leaked it out?”

Walker asked for the audience to support someone who is not afraid.

“We’ve got to get it right,” he said. “Now it’s time to let people in office who say the buck stops here.”

Walker, encouraged to run by former President Donald Trump, is one of six candidates seeking the Republican nomination in the primary. Other candidates are Gary Black, Kelvin King, Latham Saddler, Josh Clark and Jonathan McColumn.

The winner will face Warnock in the November general election.