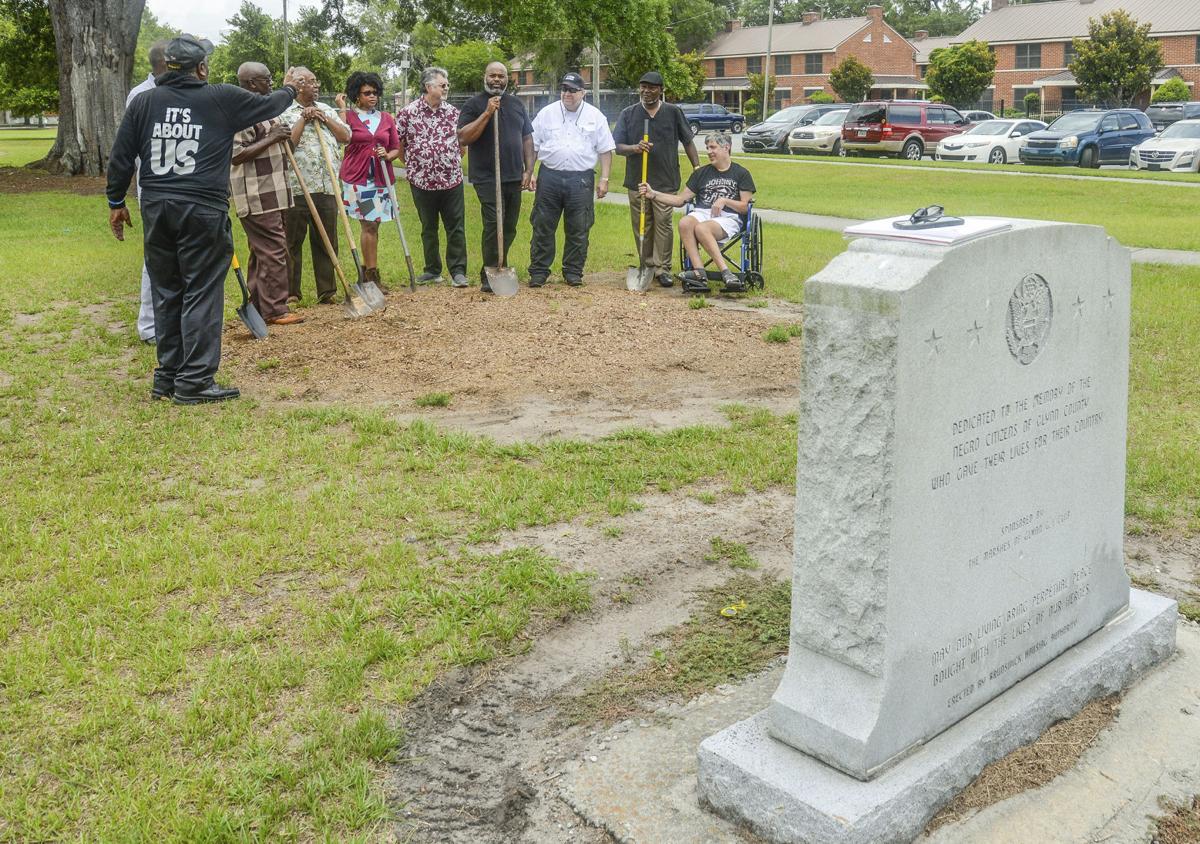 Ten people broke ground for an enhanced park to house a memorial to Black service members who died serving their country. 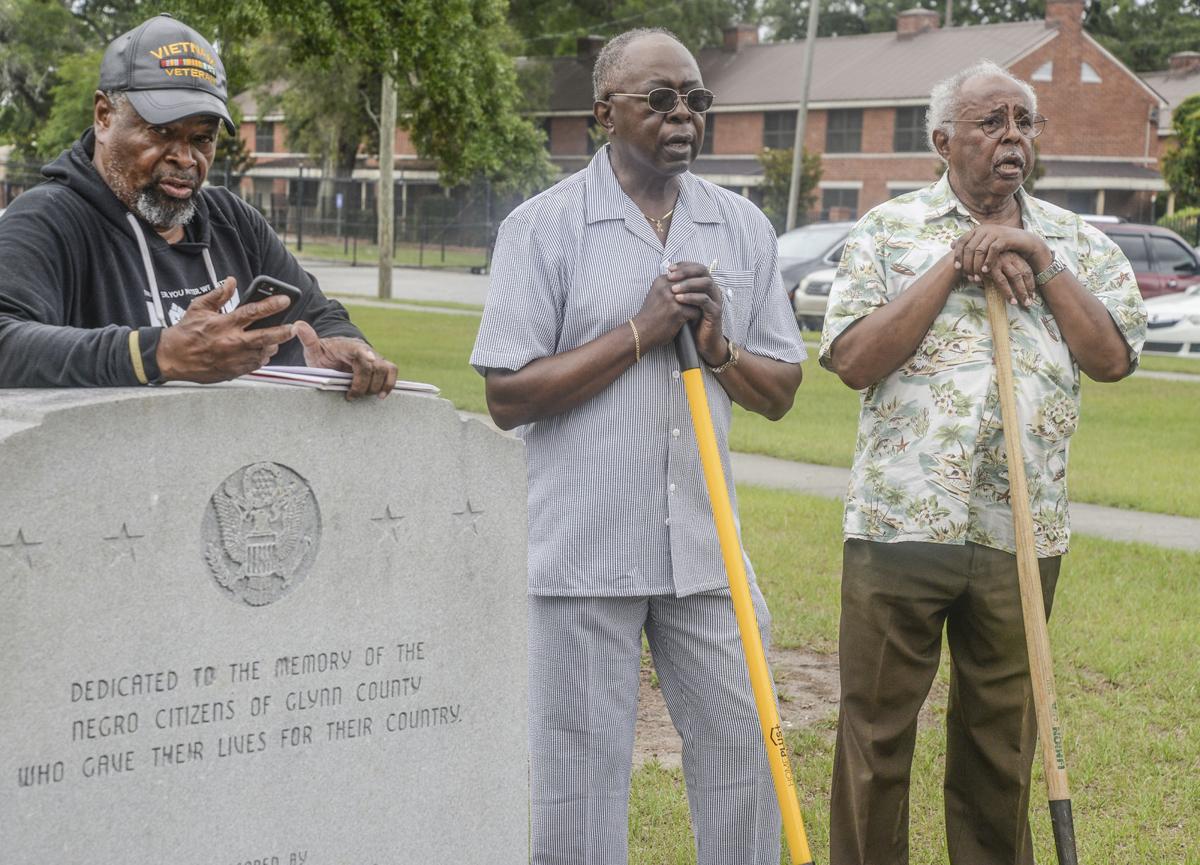 Ten people broke ground for an enhanced park to house a memorial to Black service members who died serving their country.

Led by Missionary Baptist minister Zack Lyde, the group wielded shovels in a mixture of sawdust and soil where a large tree once stood.

The spot will cover over with a concrete base for the monument that now sits starkly facing Albany Street. It will be partly shaded by Japanese cherry trees that will provide beauty for McIntyre Court residents and as a sort of remembrance to some of the veterans who had served in Japan, Lyde said.

Among the 10 who participated in the groundbreaking with Lyde were former Kingsland Mayor and U.S. Navy veteran Kenneth Smith and retired Glynn County educator Robert Griffin.

Lyde, who served in Vietnam in the U.S. Army, said the theme of the park will be, “Do justice, love mercy and walk humbly before God.”

It is based on a passage from the 700 BC prophet Micah.

Lyde said the monument was necessary because Black veterans had never received their due recognition for their service and that Black World War II veterans were denied VA benefits for years, including home, farm and business loans and education benefits.

It was Lyde who secured the monument that honors, among others, Atwell Armstrong, Arthur M. Downs, Allen Grovner, Larry E. Lawrance, Samuel Proctor Jr. and Willis L. Wood, all of whom died in Vietnam.

A small monument erected nearby in 1951 had fallen face down. Lyde said he considered that a dishonor.

Jeff Kilgore, now vice-chairman of the Brunswick Housing Authority, said the board voted to pay for a proper replacement and the coming enhancements.

The new project will have multiple purposes, including recognizing the Gullah-Geechee culture. It will have staffs to fly American, Georgia and Gullah-Geechee flags and benches so that people can occasionally attend programs.

Lyde said it was important to plant the cherry trees, which will bloom in spring, “So that the poor are lifted up.”