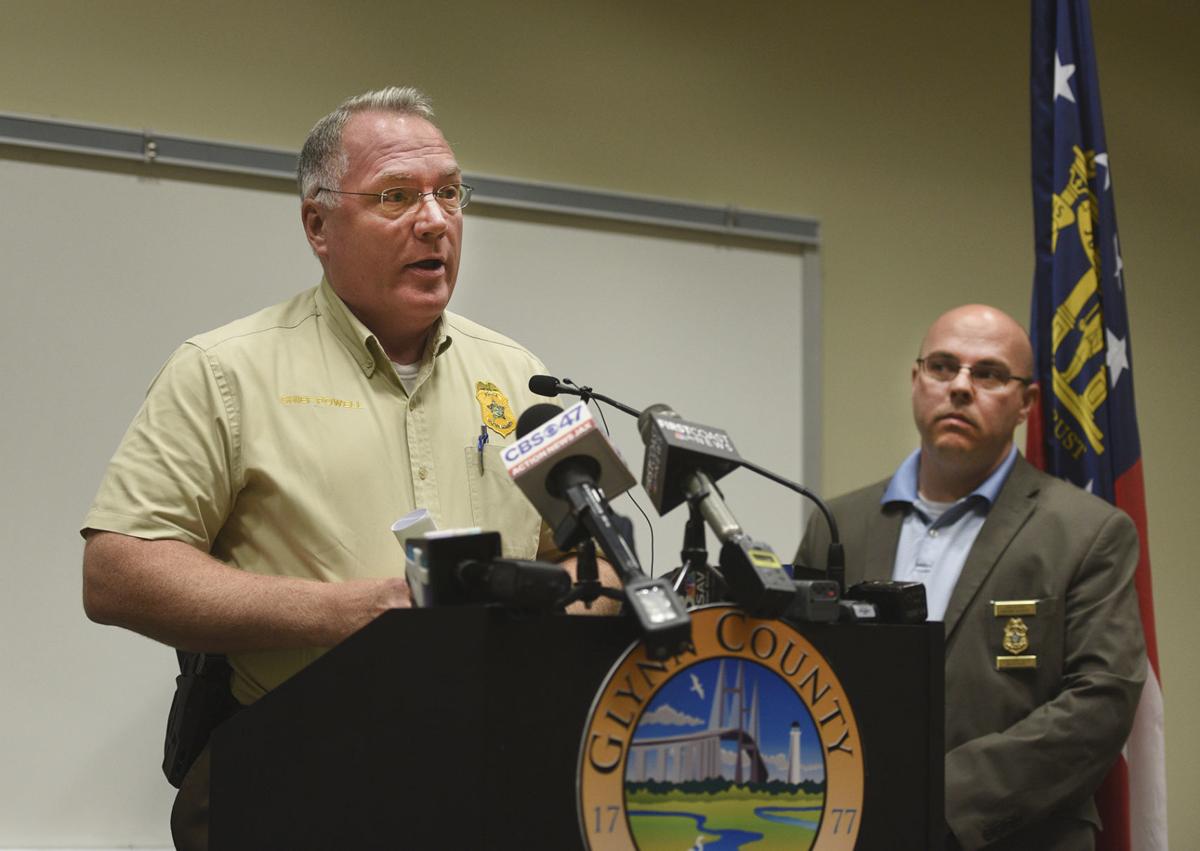 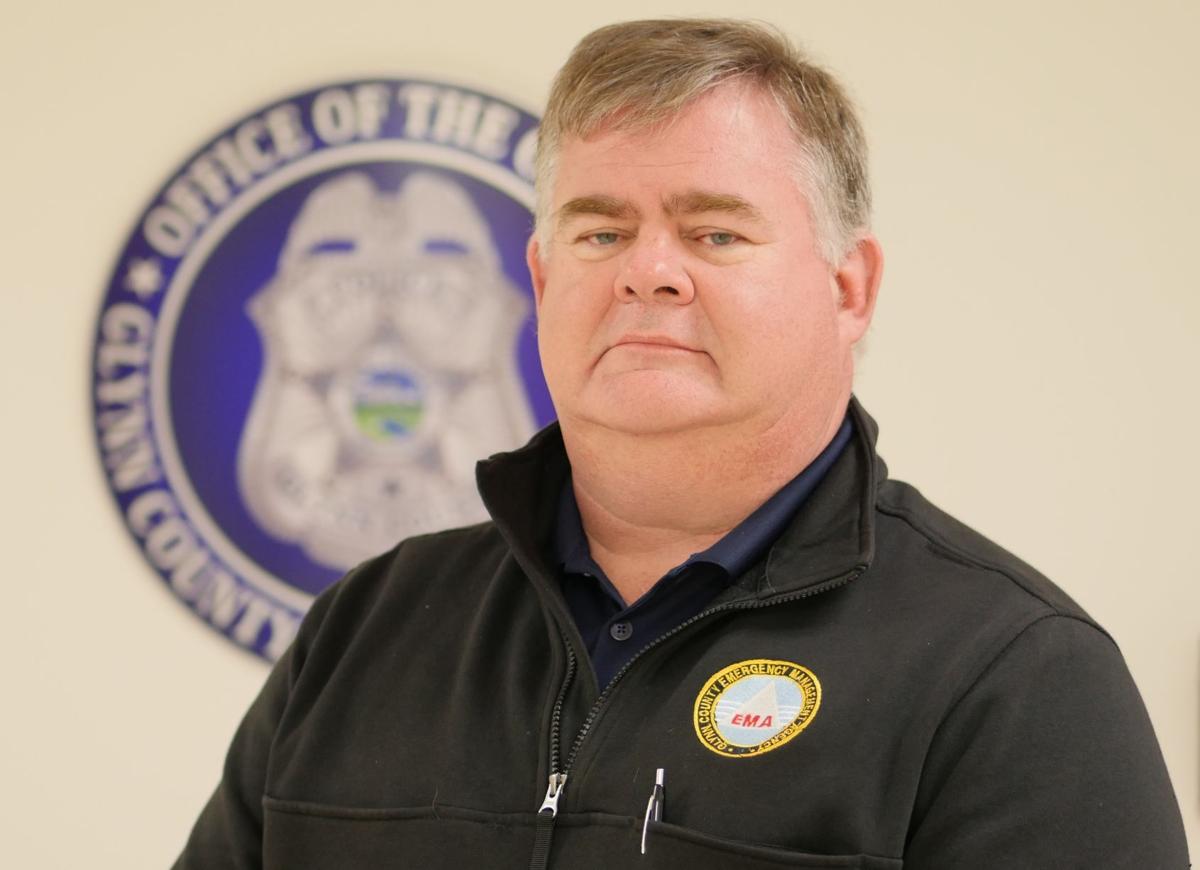 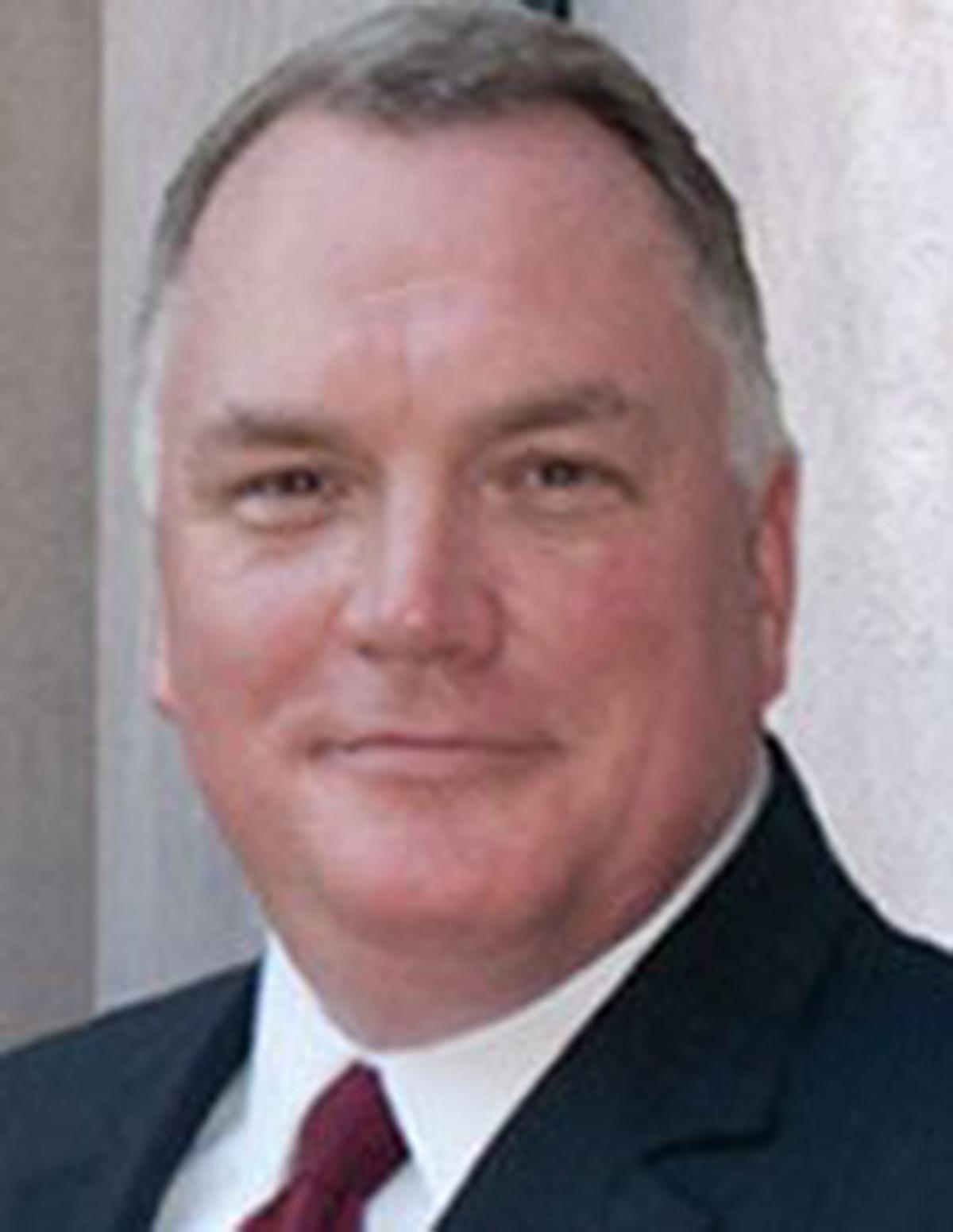 The Glynn County police chief and three former members of the county police leadership face a combined 20 charges in an indictment issued Thursday night by a county grand jury.

The grand jury’s indictment was opened about 9 p.m. in the courtroom of Glynn County Superior Court Judge Stephen Scarlett.

The charges stem from a scandal that emerged early last year regarding a former Glynn County police narcotics officer who had sexual relations with a confidential informant. The case later revealed the possible suppression of information in a police chase involving the Glynn-Brunswick Narcotics Enforcement Team that resulted in a fatality.

After pleading guilty to two counts of violation of oath of office, former GBNET officer James Cassada agreed to provide testimony into court inquires of further possible wrongdoing within the police department.

Powell faces four counts of violation of oath by a public officer, two counts of influencing a witness and one count of criminal attempt to commit perjury. Scott, Powell’s chief of staff at the time, is charged with two counts of violating his oath and one count each of influencing a witness and criminal attempt to commit perjury.

“(Powell) will be put on administrative leave with pay while he’s defending himself in court,” Browning said.

Browning said the decision was “fairly unanimous” among commissioners.

He said the indictments do not reflect on the character and competency of the police department and the rank and file officers who have sworn to serve and protect the people of Glynn County.

Wiggins is a native of Glynn County and a long-serving veteran of local law enforcement. He oversaw the county’s response to hurricanes Matthew and Irma in 2016 and ’17, respectively, as well as the threat of Hurricane Dorian last year.

“It’s my opinion that the confidence the county manager has in Jay at this time is also the same confidence that I believe the full board has in Jay,” Browning said. “He’s a very fine man. I think he knows police work very well. He’s got outstanding leadership ability and is very mission-oriented.”

Wiggins started in law enforcement with the county sheriff’s office in 1989 and then went to the Brunswick Police Department in 1990. He joined the Glynn County Police Department in 1993, spending most of his law enforcement career there before moving on to the EMA in 2008. Wiggins said Friday he will continue his role as EMA director, with strong reliance upon county EMA specialist Alex Eaton.

“As for the plan right now, I will just take it one day at a time and see what I can do to help out in any way possible,” Wiggins said. “A lot of good work has already been done, and the officers are doing a great job. We have to look to the future and do what’s best for everyone.”

County commissioner Bill Brunson expressed a desire for a quick court resolution to the charges against Powell. He does not wish to see county administrative duties and basic services to the public bogged down by an protracted court drama.

“If John Powell is found guilty, he’s not going to be on administrative leave anymore, he’s going to be fired,” Browning added. “If he’s found innocent, we’ll need to reinstate him or he’ll need to make the decision to move on. We just want some closure on this.”

Scott has been placed on administrative leave from the Vidalia Police Department, pending the outcome of the trial, said Vidalia City Manager Nick Overstreet. Scott served as chief of staff under Powell on the Glynn County Police Department before accepting the police chief’s position last July.

The case against the chiefs

As described in Count 15, Powell and Scott failed to promptly investigate and document allegations GCPD Investigator Dustin Simpson posed in a photograph with Brian Highsmith, an old friend of Simpson’s who has a conviction for possession with intent to distribute methamphetamine.

Simpson and Highsmith also figured into Count 16, in which a former county police captain told an agent with the federal Bureau of Alcohol, Tobacco, Firearms and Explosives that he saw Simpson and Highsmith together at a local bar. Highsmith was allegedly in possession of a firearm at the time — which was illegal — and when a bar employee told him he could not have a gun at the establishment, Simpson allegedly presented his police credentials.

Powell and Scott allegedly violated their oaths in this instance because they didn’t promptly investigate and document the allegations after the ATF agent said he couldn’t help until an internal affairs review of the matter.

Count 17 — influencing a witness — came out during an April hearing from last year. District Attorney Johnson called Powell to the stand, and she asked him why he and Scott interviewed Simpson three times, as that wasn’t done for anyone else involved in the GBNET investigation.

Simpson said in the first two discussions that Cassada’s wife told his wife that Cassada was having sex and doing drugs with confidential informants. By the third time, Simpson changed his story and said he couldn’t be sure what he remembered.

Johnson, all but accusing Powell of a crime, then asked, “Are you aware of the statute in Georgia known as influencing a witness?”

Powell and Scott’s alleged behavior with Simpson also produced Count 18, the subornation of perjury charge. Powell allegedly told Scott to tell Gary Allen Whittle’s defense attorney that the attorney should call Simpson to testify again, in order to change his testimony, and Scott allegedly made that request.

In Count 19, Powell allegedly failed to require Haney to speak to the GBI agent conducting the internal affairs investigation, while also failing to inform Haney that if he didn’t cooperate, he needed to assert his 5th Amendment rights. Haney allegedly declined to do either, and Powell didn’t discipline him.

Powell picked up his second influencing a witness charge for allegedly engaging “in misleading conduct” toward an ATF agent in order to prevent the testimony of ATF task force officer Mike Lawson, who was involved in the intrigue regarding Simpson and Highsmith. He also allegedly implied to the same ATF agent that Lawson lied during court testimony in the Whittle case, which generated the oath of office violation in Count 21.

Hassler also “made a false representation” to a GBI agent by telling him no one ever informed him about Cassada’s inappropriate relationship with a particular confidential informant. He allegedly committed perjury by saying the same thing in court.

Haney’s violations of oath include him allegedly not informing superiors of Cassada’s behavior after being informed more than once. He also allegedly lied in court about his knowledge of Cassada going into an alcohol abuse rehabilitation program, talking with Cassada about his wife’s allegations, talking with Simpson about Cassada, and anything Cassada’s wife said to him about the matter.

Johnson said Friday that the District Attorney’s Office still has to work with 90 percent of the people at the GCPD who are still going about their daily jobs of law enforcement and bringing cases against people who are breaking the law. In that light, and to keep those cases moving, she said she thought it best to bring in Lawson, someone from outside the area, to determine if there were violations of law by the GCPD leadership. Lawson took over the case in November.

Johnson said the fallout from the GBNET scandal doesn’t only involve the dozens of cases with vacated sentences, lesser pleas and the like, but it also affects new matters. For instance, simple drug possession matters tend to go on a fast-track calendar that allows for quick disposition for people who are going to plead guilty so their cases can go to drug court or so the parties can work out a treatment program.

She said a defendant is less likely to take that path now because of the damage to the credibility of the police and her office resulting from alleged police misconduct. There’s also less chance of an otherwise worthy narcotics case moving up to federal court because of the credibility problems created by GBNET.

Powell, Scott, Hassler and Haney knew for weeks they could come under indictment. Georgia law mandates if a police officer is brought up on charges for their actions in an official capacity, they have to receive notice at least 20 days before the case goes before the grand jury.

The officers also had the ability to testify to the grand jury and the chance to have legal representation, and the attorney had the right to be present in the grand jury room for their client’s testimony.

Johnson said the public will have a chance to learn exactly what happened in those two days of grand jury hearings. The transcript will become public after the cases reach resolution.

Bond was set at $5,000 per charge, so that means Powell, Hassler and Haney have the same bond to reach, $35,000, while Scott’s is $20,000. Once the men report for arrest and bonds become official, they will receive court dates for arraignment, though Johnson said those arraignments would probably be in around a month from now.

No complaints yet as new St. Simons roundabout opens