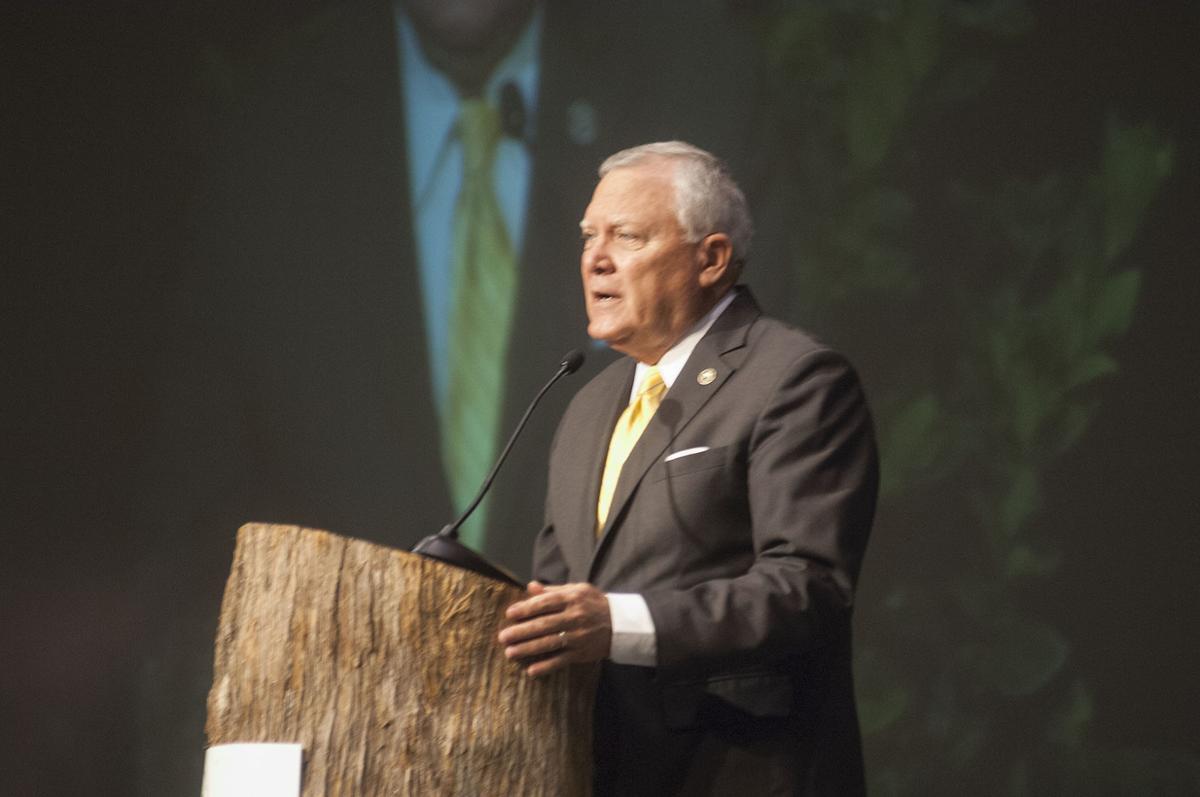 Gov. Nathan Deal addresses a crowd at the Jekyll Island Convention Center on Thursday during the 2017 Governor’s Conference on Tourism. 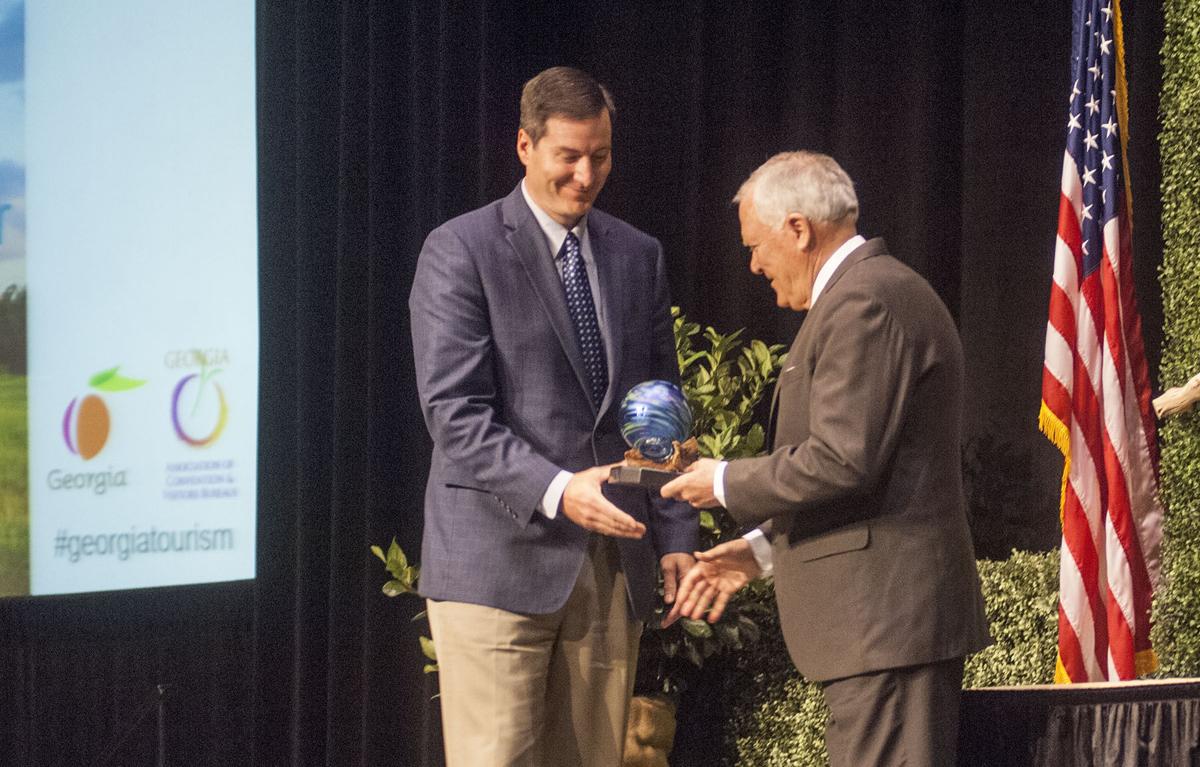 Gov. Nathan Deal addresses a crowd at the Jekyll Island Convention Center on Thursday during the 2017 Governor’s Conference on Tourism.

Tourism played a major role in Georgia’s recent ranking as the No. 1 state for business, Gov. Nathan Deal said Thursday.

Deal made the remark at the Governor’s Tourism Conference, held at the Jekyll Island Convention Center, and referenced Site Selection magazine’s Monday announcement naming Georgia to the top of its list for the fifth consecutive year.

“Georgia is the place to be,” the state’s 82nd governor said. “The old saying that we want Georgia to be on your mind, literally, it’s becoming on the minds of a lot of people, not just in the United States, but across the world.”

“You can claim credit for that yourself,” the second-term governor told a convention hall filled with nearly 500 tourism officials from across the state. “Much of the growth we’ve seen has been in the tourism industry.”

The burgeoning vacation field is attracting tourists from around the world, and Deal said he hopes to continue that trend. The sunny destinations around the Peach State may have a storm looming on the horizon, however.

Deal, in a post-speech interview with The News, cautioned his potential successors against wading into the fight over so-called “religious freedom” laws ahead of the race to fill his seat in 2018.

It’s a fight the state has seen before. In 2016, supporters of the Religious Freedom Restoration Act were dealt a blow when Deal vetoed the bill after it passed the General Assembly. Supporters say the law would provide protections for business owners with “sincerely held religious beliefs,” indemnifying them against discrimination lawsuits for denying services, such as wedding cakes for same-sex marriages. Critics say the law would have enabled state-sanctioned discrimination.

“I really would leave that alone,” Deal told The News, referencing the debate. “I feel like we went through a very thorough discussion when I vetoed the legislation a couple of years ago. ... That’s not to say that I do not appreciate the concerns of those who believe that their religious liberty may be infringed upon, however, I do not know of a single instance in which having a statute of that type would have changed the circumstances in any situation in our state.”

Indiana passed a similar law in 2015, which resulted in national backlash and denunciations from companies like Apple and drug manufacturer Eli Lilly, as well as the NCAA, NBA and a wide swath of convention and tourism events. Indianapolis, the capital of Indiana, saw a 43 percent drop in convention bookings from out-of-state organizations compared to the year before, according to the city’s convention and visitors bureau.

Still, the measure remains popular with Republican grassroots organizations. The top four leading GOP contenders for governor have pledged to sign such a bill if it comes across their desk, the Atlanta Journal-Constitution reported in September.

Deal, though, does not see the necessity for such a law.

“Usually, legislation has to have a factual basis for it to be given consideration,” he said. “I have yet to see a factual justification for it in the state of Georgia.”

But not all of Thursday’s tourism convention was fraught with undertones of looming debates. Scott McQuade, president of the Golden Isles Convention & Visitors Bureau, was all smiles after the mid-morning breakfast, and with good reason.

McQuade, along with tourism officials from Savannah and Tybee Island, took home a statewide award for tourism partnership. The Bill Hardman Sr. Partnership Champion Award was presented jointly to the Golden Isles Convention & Visitors Bureau, Visit Savannah and Visit Tybee for their work on a visitors center highlighting the Georgia Coast. This is the second time the Golden Isles bureau has won the award.

“It’s really an amazing partnership,” McQuade said. “To have that many people collaborating to produce an product like this is incredible. The welcome center is like no other in the country.”