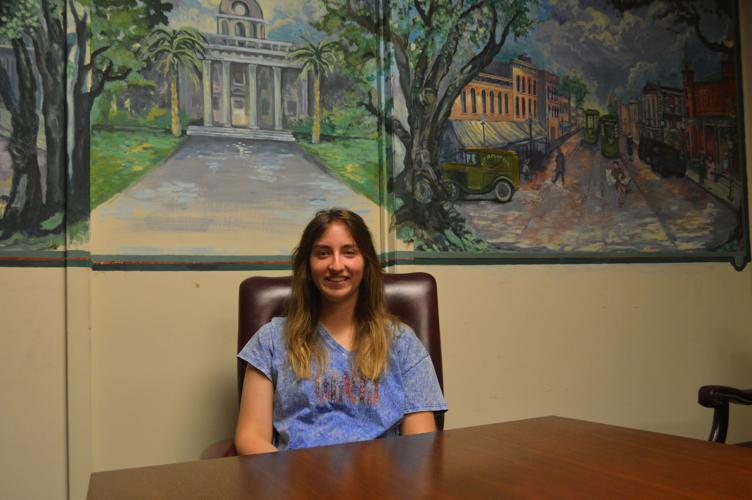 Rachael Walters, a senior at Glynn Academy, has had numerous opportunities to explore and hone her passion for history. 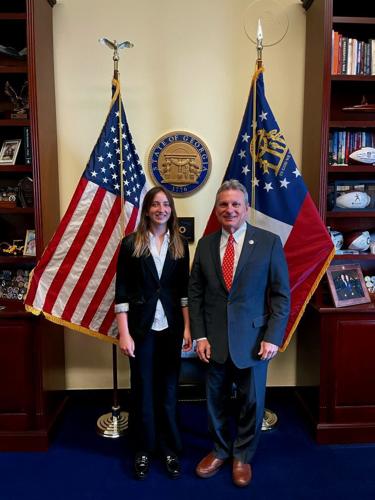 Rachael Walters, a senior at Glynn Academy, has had numerous opportunities to explore and hone her passion for history.

On a recent trip to Gettysburg, Penn., Rachael Walters saw history come alive in front of her eyes as she walked through areas where troops once fought and later lay dying in one of the bloodiest battles of American history.

Walters, a senior at Glynn Academy, is a history buff who may already have more hands-on experience exploring American and local history than most residents in the area.

Her trip to Gettysburg coincided with a trip to Washington, D.C. for Youth Lobby Day, when high school students are invited to meet with their representatives.

Walters was there as part of the 14-member youth leadership team for the American Battlefield Trust, an organization that works to restore and protect historic properties outside of current National Park boundaries.

“It was a great experience because going up to Washington D.C. and visiting the American Battlefield Protection headquarters really inspired me,” Walters said.

History has long been a passion for Walters, who also founded the Ethnology Club at Glynn Academy and who has volunteered and interned at Fort Frederica on St. Simons.

“I really, really love history,” she said. “I think learning about history is important because you can look back at the past and then you can see where people make mistakes. And then take that knowledge and use it for the future.”

At Fort Frederica, she and other students also participated in an archeological dig at the Sinclair site, where she said they had the chance to help excavate a colonial home. She’s also worked with a project on Cumberland Island excavating Native American settlements.

American history is among her favorite topics to study, but ancient civilizations also inspire a special interest for Walters.

“If I ever had the opportunity to go over perhaps to the Middle East or Northern Africa, that would be a great opportunity to invest my time,” she said.

Walters worked recently with a preservation project in Washington, Ga., that aimed to locate the site of Fort Washington of the Revolutionary War through archeological excavation.

She worked with the owners of the Lamar Institute in Savannah, who invited her to help with their research and to get hands-on experience searching for the site.

“We were trying to find structures of where fort was, so possibly a house or a wall foundation," Walters said. “We stumbled on pipes. We did find pottery and porcelain dating back to the 1750s.”

Walters will attend the University of Georgia in the fall and plans to major in geology and minor in archaeology.