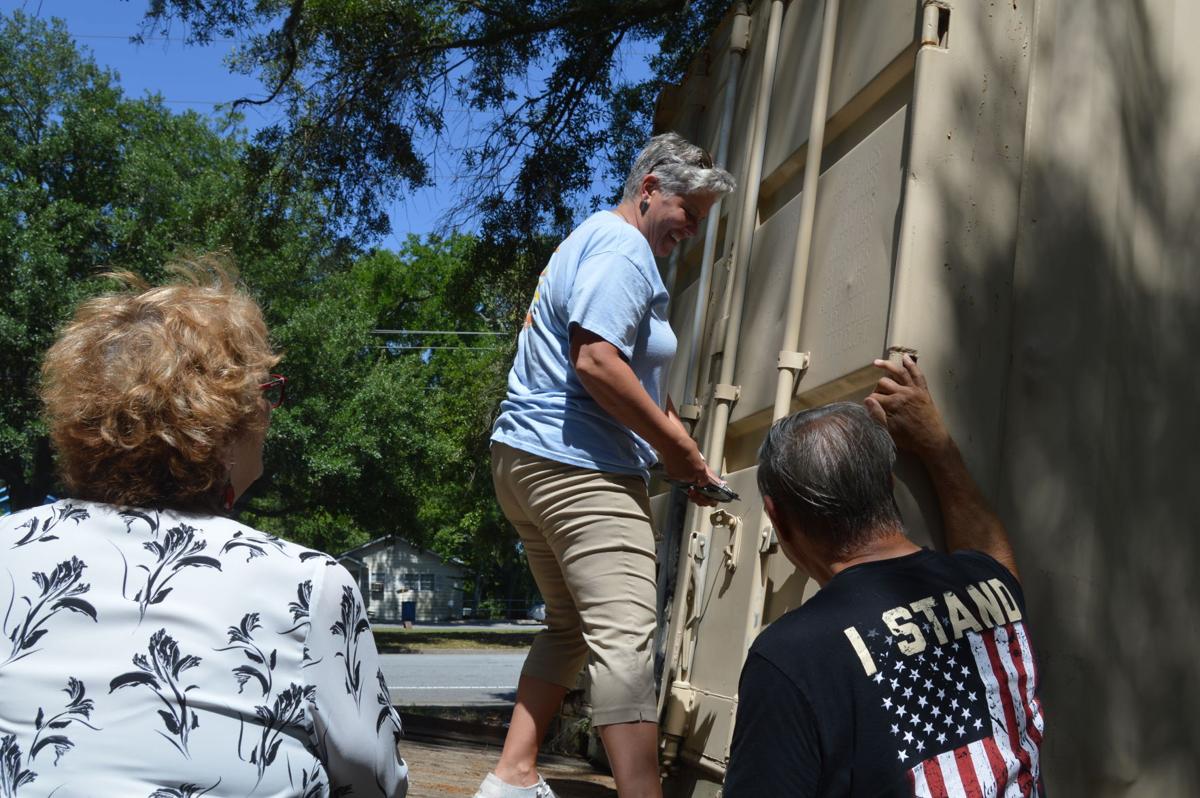 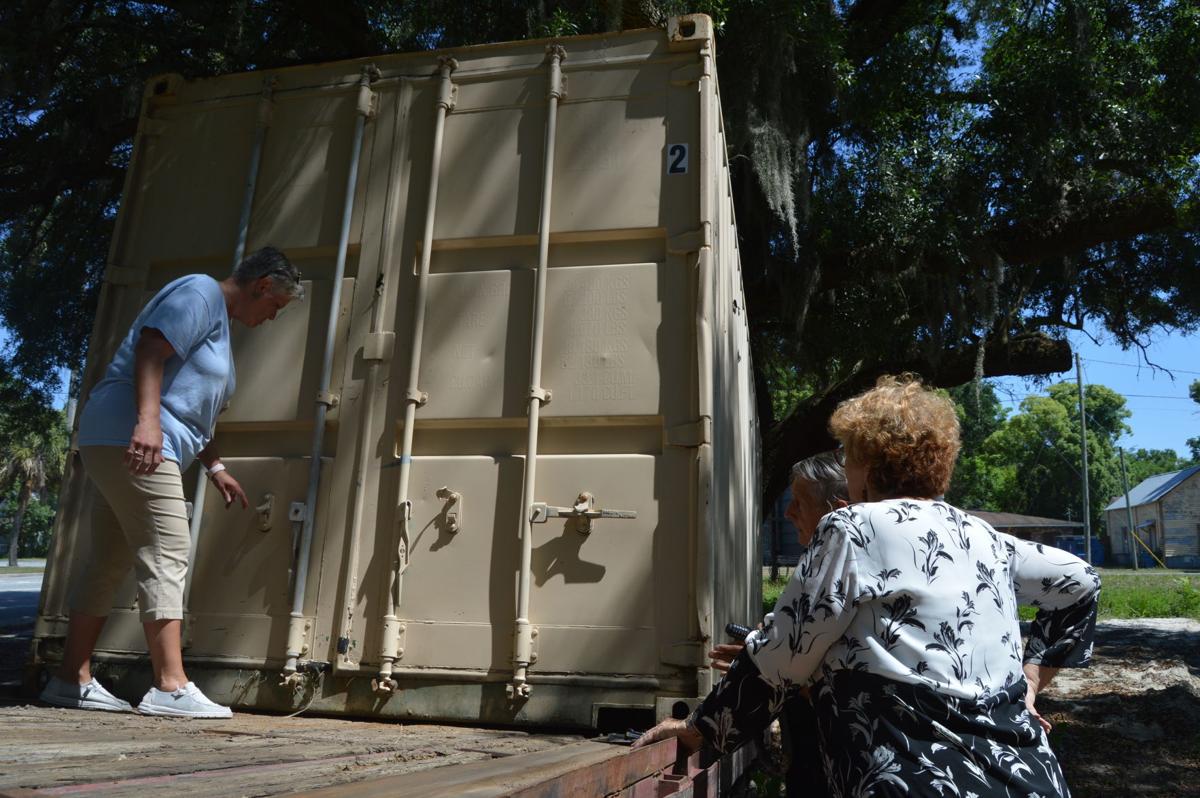 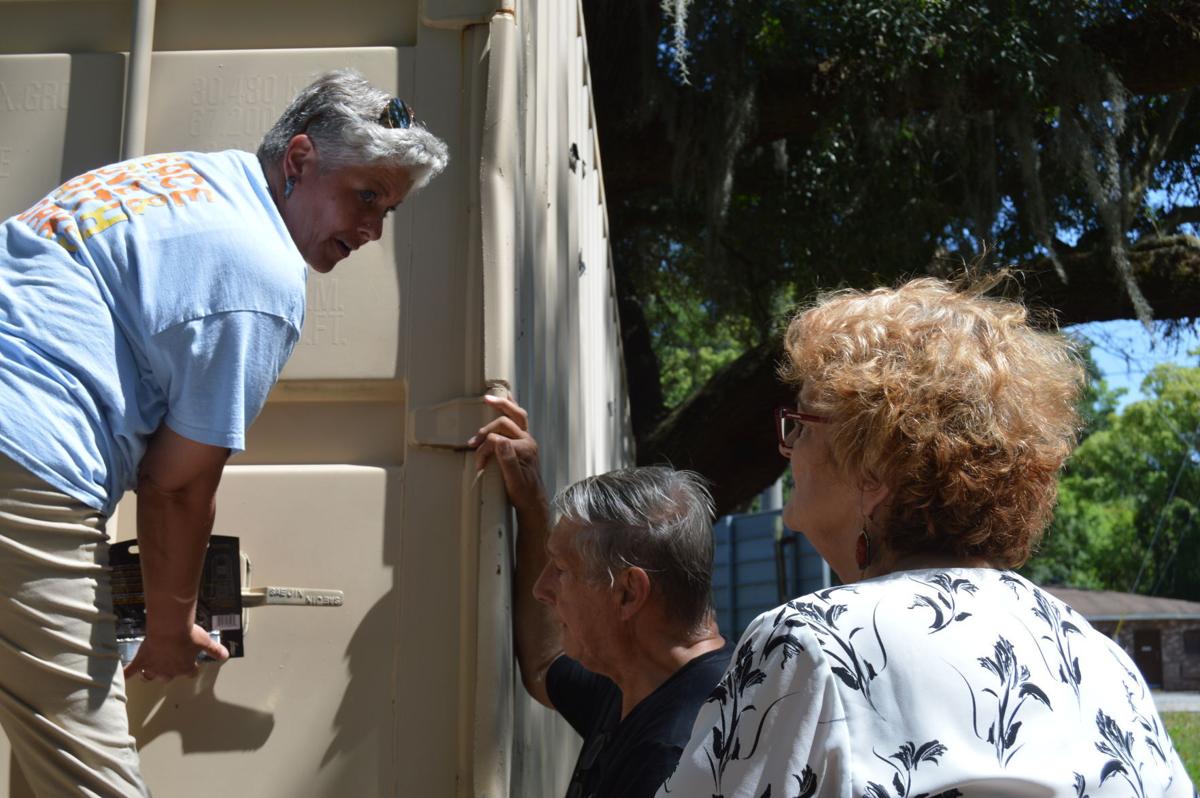 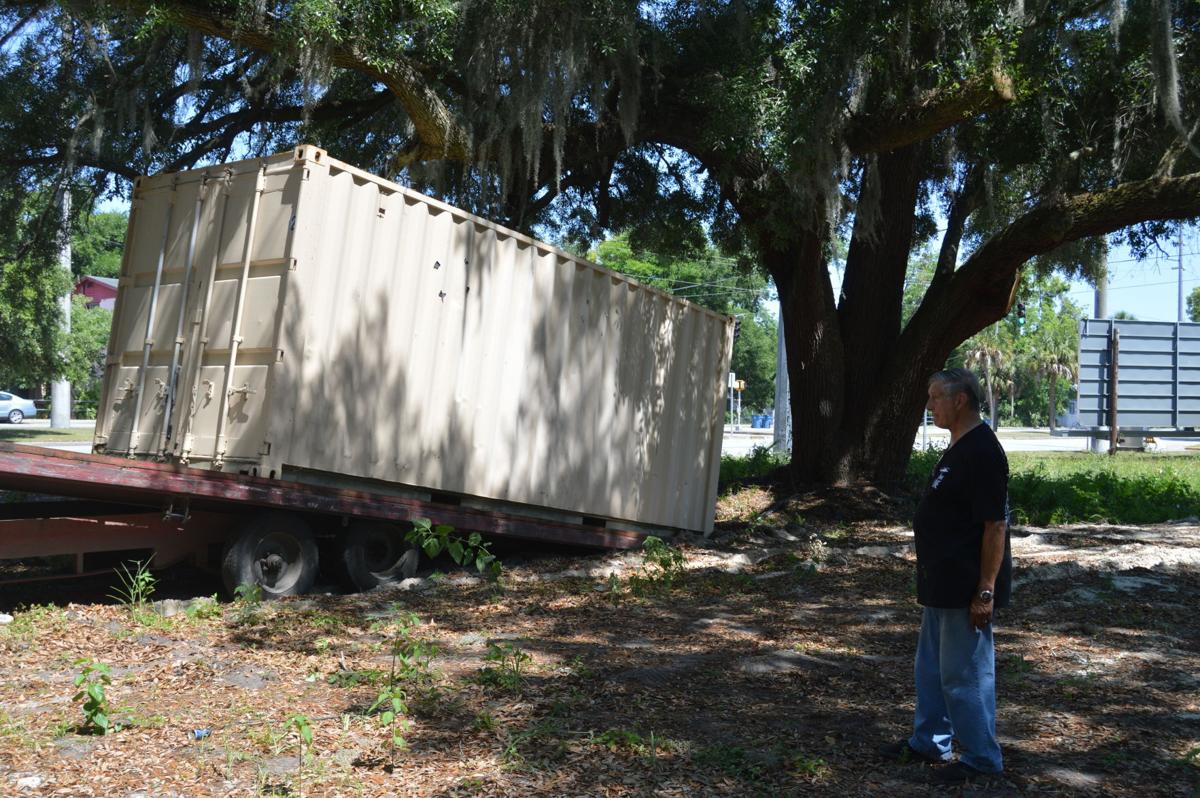 The Golden Isles Veterans Village took a step forward Monday toward its vision of housing veterans who are experiencing homelessness.

The first set of tiny homes were delivered to the one-acre site on G Street in Brunswick, where soon 30 of the small homes will sit alongside a community center that will provide wrap-around services to residents.

“I’m so excited to be able to make a substantial difference for those who are experiencing homelessness, especially those who have served our country,” said Honey Sparre, who serves on the board of directors for the Golden Isles Veterans Village Initiative, Inc.

She stood beside committee chair Margaret Jacobs on Monday watching the removal of the first container from a trailer that brought the houses from Savannah.

Twenty-four tiny houses are being delivered in the initial three shipments.

The village will be a transitional community where veterans can reside and receive counseling, job training and physical and mental health support.

Many homeless veterans suffer from mental illness, substance abuse or other disorders. They make up about 16 percent of the adult homeless population in the United States.

Sparre said there are more homeless veterans in Glynn County than many realize.

The Golden Isles Veterans Village Initiative, Inc., aims to build a transitional community that will help homeless veterans successfully reintegrate into society. An on-site case worker will be available for support.

Through the wrap-around services provided, village residents will receive training in cooking, housekeeping, technology and more. They’ll also be able to enroll in the Nine Line Foundation Aquaponics training program and other job placement services.

“We’re giving them security, housing and food,” Jacobs said. “That’s another reason we chose this site. It’s perfect because Manna House will feed them until they learn how to cook.”

Each home has a combination living room and bedroom, a small kitchen and a bathroom. The community center will offer a laundry area, office space and counseling rooms.

Four tiny houses designed for someone who uses a wheelchair will also be built on the property.

The Nine Line Foundation provided the houses, which were built by high school students in construction classes in Illinois.

Megan Hostler, CEO of Nine Line Foundation, also serves on the board of the Golden Isles Veterans Village Initiative.

Numerous other partners have contributed to the project’s progress, Sparre said.

“We’re working cohesively with the VA Services, we’re working with Coastal Community Healthcare, with the hospital, with Gateway Community Service Board, St. Simons by the Sea, FaithWorks and Changing Homelessness out of Jacksonville,” she said.

The plan is to have at least five houses open by the end of July, Jacobs said.

The initiative is seeking partners who can provide one-time donations or set up an automatic monthly gift. According to information provided by the organization, $300 can cover a bedroom; $1,000 a kitchen; $1,250 the plumbing; $1,300 the electrical set-up; and $20,000 buys a house.

“If other organizations want to sponsor a house, we can name that house after them, like a church or another nonprofit or a business,” Sparre said.

A donate button and more information can be found online at goldenislesveteransvillage.org.

Tiny homes are able to provide those experiencing homelessness with an affordable opportunity that also offers a sense of ownership, Sparre said.

“We’re not just going to throw them in a house,” she said. “They’re going to have total wrap-around services.”

Another tiny home village that will serve area homeless is being built by Hand in Hand at the site of the former Altama Presbyterian Church on Altama Avenue.

Shay Heckle sat behind the desk, which was covered by envelopes containing customized orders for her many customers.

Friends, family and community members gathered at the Glynn County Courthouse on Tuesday morning to peacefully protest charges being dropped in the 2018 shooting death of Corey “C.J.” Proctor.

New Courtyard and Residence Inn by Marriott opens on Jekyll

This month, 60 years ago, a new hotel opened on Jekyll Island.