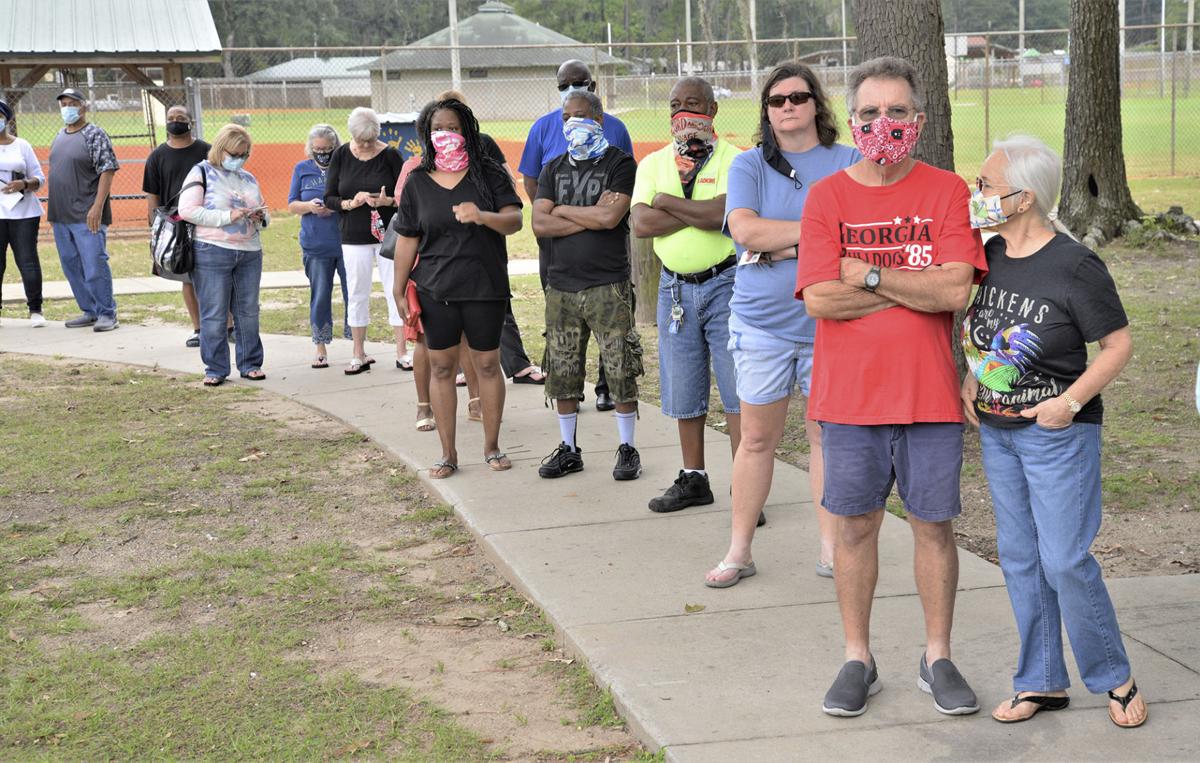 People wait to cast their ballots early at Ballard Park. 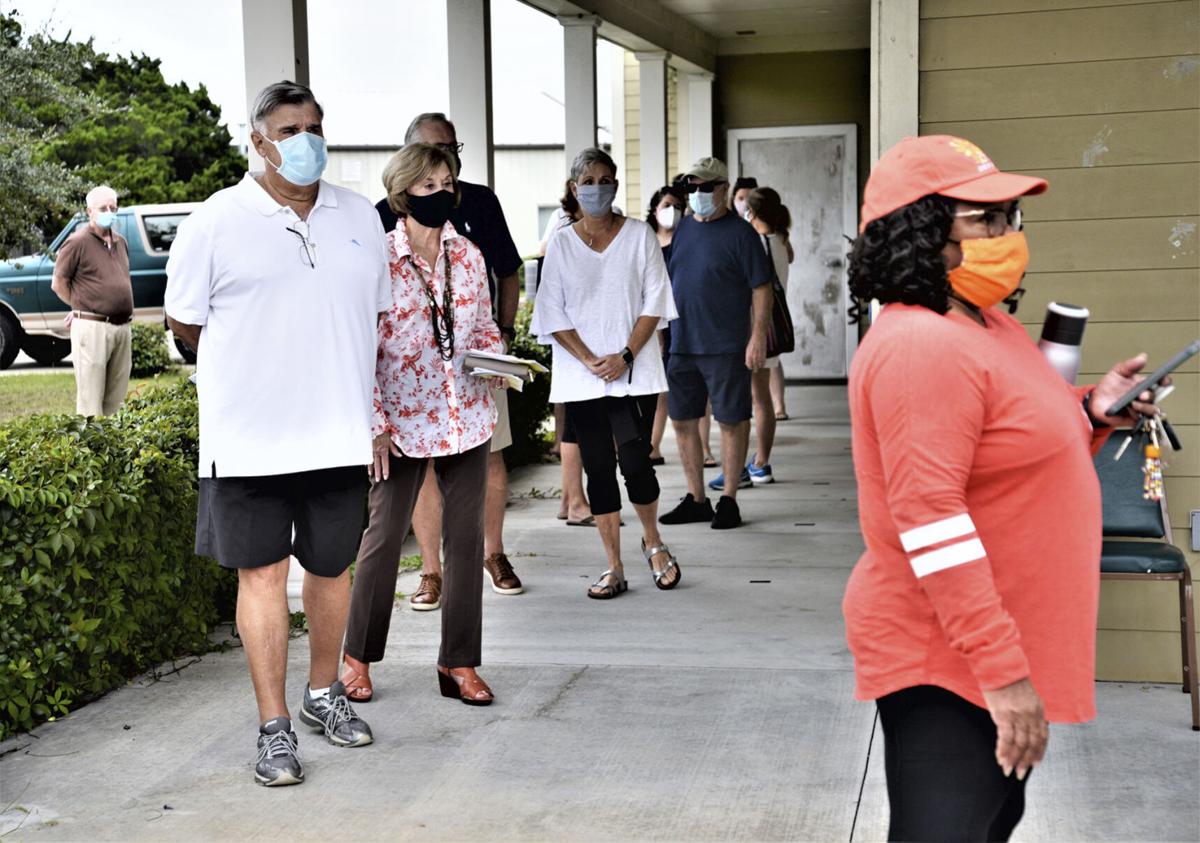 The line of voters at the St. Simons fire station at the airport went down the side of the building, along a sidewalk and across the parking lot. 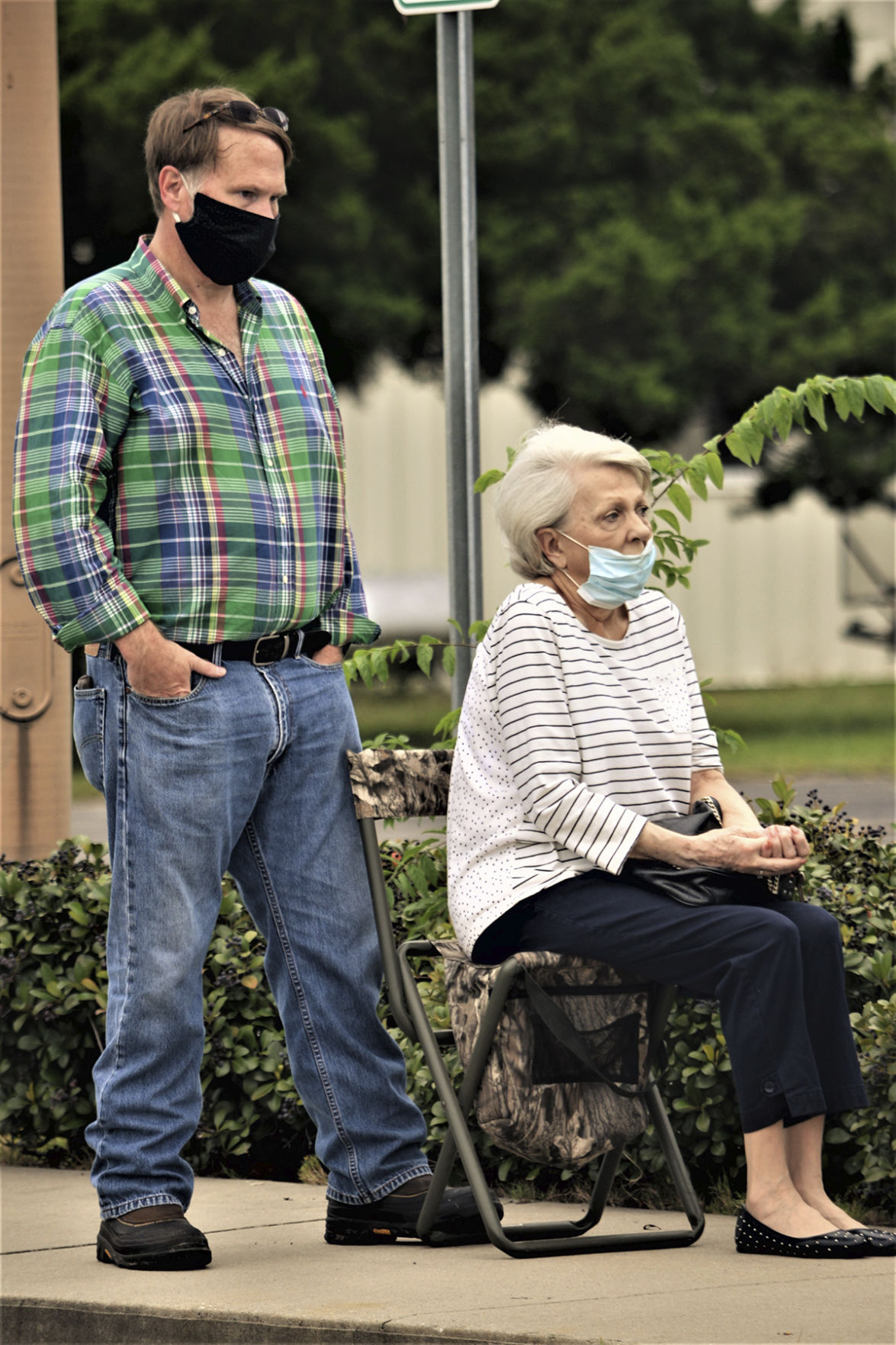 Linda Taylor and her son, Richard Taylor, wait in line to vote.

People wait to cast their ballots early at Ballard Park.

The line of voters at the St. Simons fire station at the airport went down the side of the building, along a sidewalk and across the parking lot.

Linda Taylor and her son, Richard Taylor, wait in line to vote.

Some of those who cast ballots on the first day of early voting Monday didn’t get to vote as early as they wanted.

The wait at the precinct on St. Simons ran over an hour for many while some voters waited more than 40 minutes at Ballard Park. There was also a long line at Glynn County Board of Elections office on Gloucester Street. Many, however, said the wait was worth it.

“There’s a lot of people in the world who wish they could do this,’’ Irene Markoglu said near the end of the line on St. Simons. “I think voting is every important, especially this year.”

Each side in a divided country has fought for what they think is right and the only resolution will come from the voters, she said.

Marna Melcher said she was “excited to finally have a voice in this whole thing. I just want to get the quarrel over with, get an answer and start working on our country. Hopefully.”

Some in the lines were mystified at why it was taking so long. One joked she saw people going into the fire station precinct on St. Simons but didn’t see anyone coming out.

Ballard poll manager Billy Gibson said it was a long ballot with some extra steps in the process to keep voters from unknowingly spreading COVID-19.

“There’s just a lot of things on the ballot,’’ three referendum questions on amending the state constitution, a special U.S. Senate election with 20 candidates, a school board Special Purpose Local Option Sales Tax and the local constitutional offices, he said.

There was also a delay between voters because the poll workers sanitized each voting machine after each use as well as the pens that voters used to sign election documents.

Gibson served as doorkeeper ushering a limited number of people inside the poll so they could keep a safe distance apart as they voted on 10 machines.

“We do everything possible,’’ he said.

As for the line at Ballard, Gibson said, “Everybody wants to vote on the first day,’’ and he noted that the 120 voters by 10 a.m. was an excellent turnout.

Standing in line was easier for some than for others. A few with disabilities brought their wheeled walkers, locked the brakes and sat on them as they waited for the line to move. Linda Taylor sat on a folding camp chair that her son, attorney Richard Taylor, brought when they came to vote.

Linda Taylor joked she had cast ballots in “199 elections,’’ and said she never misses a chance to vote.

For his part, Richard Taylor expressed a sentiment shared by many for their opening day votes. “Get it over with,’’ he said.

Marjorie Peters inched forward with the aid of a walking cane.

“I think this is a very important election. I wanted to put my vote in as early as possible for Trump,’’ she said. “I want to make it known.”

Michael and Dee Shaffer drove about 6 ½ hours from Tarboro, N.C., to St. Simons to cast a ballot at the place they still call home. She is a minister at an Episcopal church in Tarboro, but they maintain their permanent residence on St. Simons.

With a cloud cover and a nice breeze, she called it a beautiful day to be in line. As the Shaffers took a few steps forward, she said, “Look at this. It’s positively flying now.”

Not everyone in line shared political views but all appeared friendly. Many passed time with their phones, making calls, texting or reading. At the St. Simons poll, a woman waited the old fashioned way reading a thick paperback. After a long time in line at Ballard, Susan Wendel said she didn’t mind the wait.

“I don’t mind being in this line because it’s so encouraging to see so many people out to vote. It’s a thrill,’’ she said. “I think people are shaken out of their apathy.”

As of mid-afternoon, 1,360 people had voted at the three precincts, the Glynn County Board of Elections said.

The polls remained open until 7 p.m.