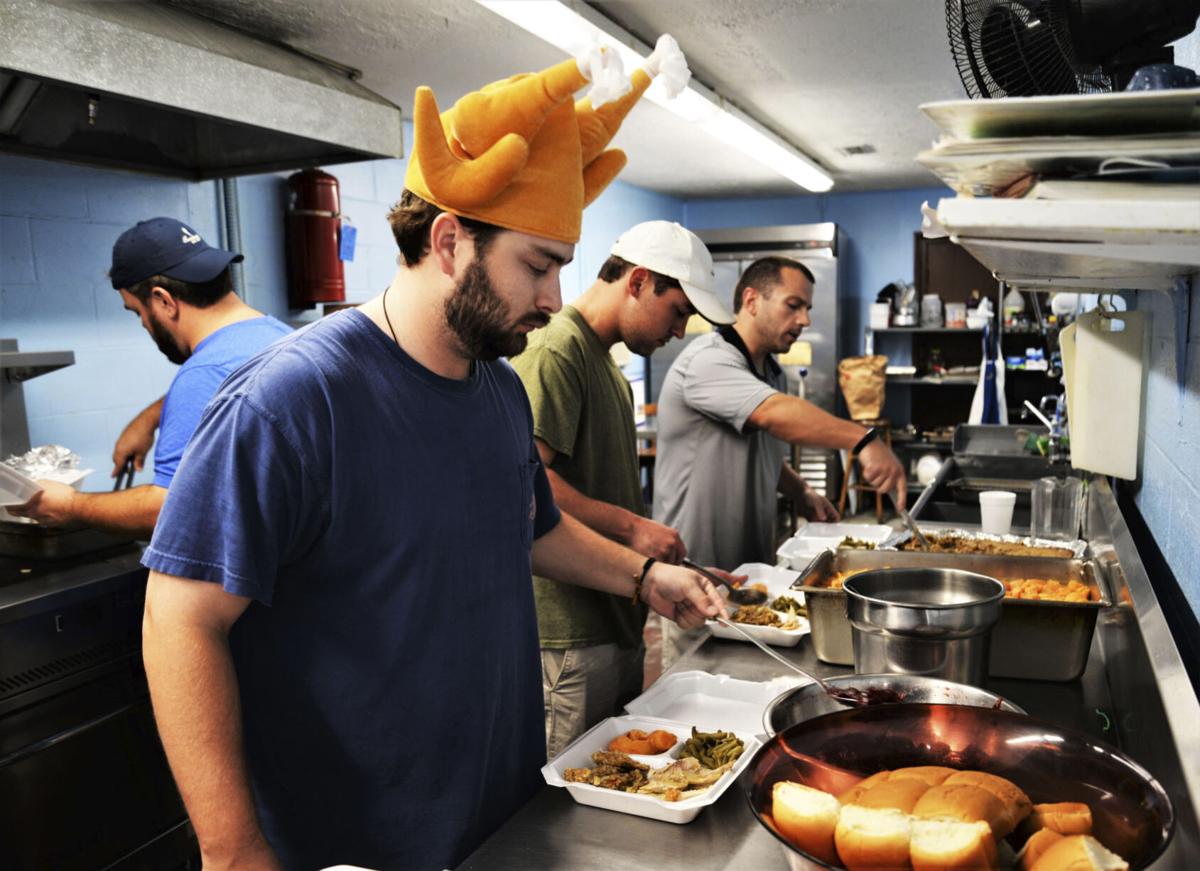 Logan Gleaton, from left, spoons cranberry sauce onto plates where Jake Adair and Adam Ferris have placed sweet potatoes and green beans. Behind them to the far right Ryan Ferris starts each meal with sliced turkey. 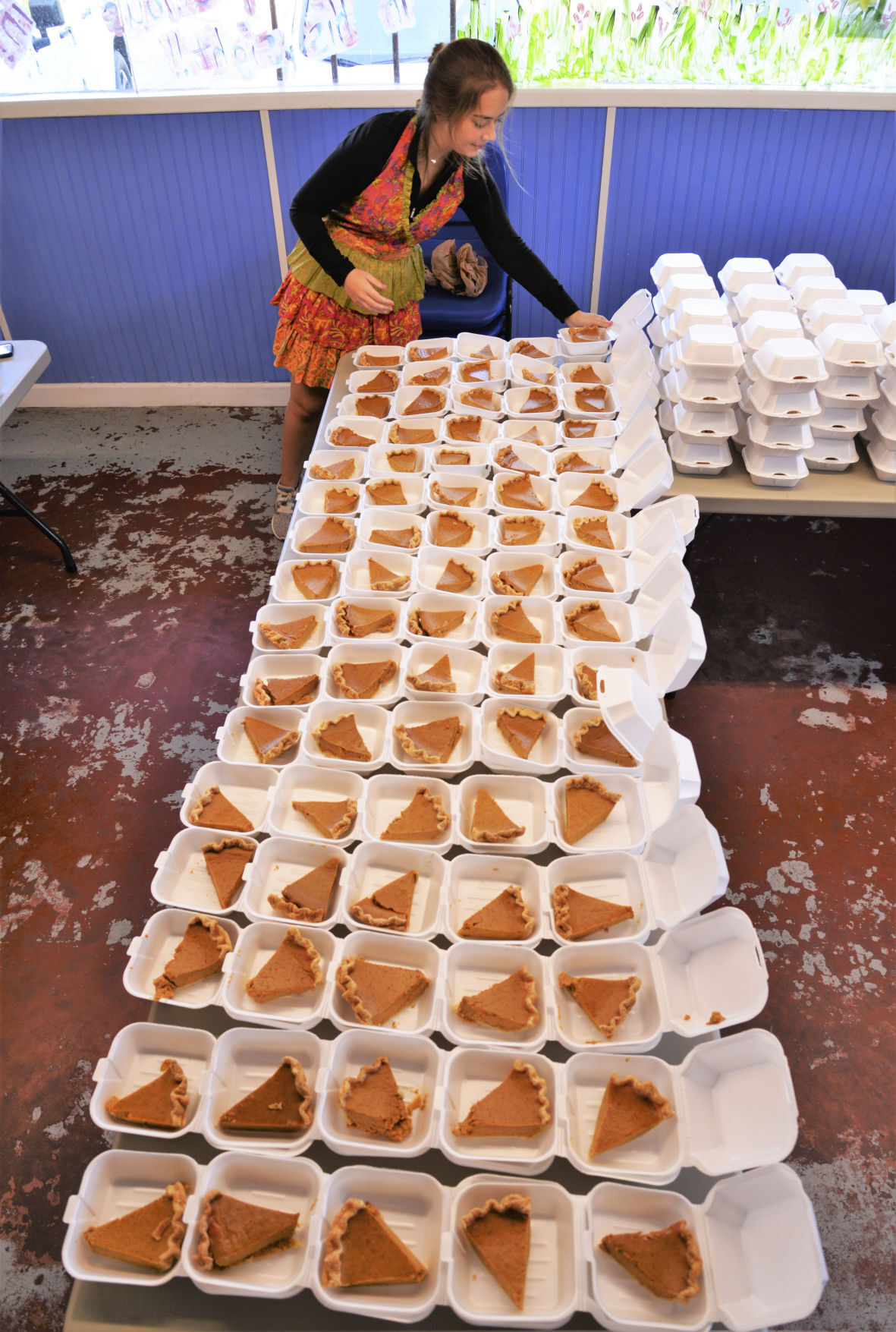 Mayce Gleaton gets pumpkin pie ready for whipped cream at the Manna House.

Logan Gleaton, from left, spoons cranberry sauce onto plates where Jake Adair and Adam Ferris have placed sweet potatoes and green beans. Behind them to the far right Ryan Ferris starts each meal with sliced turkey.

Mayce Gleaton gets pumpkin pie ready for whipped cream at the Manna House.

It wasn’t theirs, however, but served instead to hundreds who went to Manna House for what is typically one of its best meals of the year.

But while the Ferris/Orians family kept their tradition going, there was at least a one-year interruption in the routine of the sit-down Thanksgiving dinner. Because the coronavirus dictates social distancing, the Manna House has handed take-out boxes out the door since March 18. Thanksgiving was no different.

Just a block north at the old Risley school campus, the Feed My Sheep ministry was doing the same, handing out Thanksgiving dinners to a stream of diners that came in vehicles, on bicycles or on foot, including some with walkers.

At Manna House, Patti Ferris Meredith was the linchpin for the assembly of brothers, sisters, daughters-in-law, nieces, a nephew, a son and others in the Ferris/Orians Family who put on the big Thanksgiving meal for the needy.

“We cooked and sliced up eight turkeys’’ on Wednesday and then made homemade stuffing, sweet potatoes and green beans and added cranberry sauce, Meredith said.

Dierdra Byers on St. Simons cooked pumpkin pie for each diner. It fell to Meredith’s niece, Glynn Academy sophomore Mayce Gleaton, to spoon a dollop of whipped cream on each slice of pie.

When the door opened at 11:30 a.m., a few meals were ready and the diners were more than ready. Some had been waiting well over an hour. As meals went out the door, family members kept them coming piping hot from the kitchen.

Each got the same “Have a happy Thanksgiving’’ wish from Meredith, who handed out each meal.

There were a lot more people passing meals into vehicles at Risley where the Rev. Troy Moody circled a cap over his head at 11 a.m. to signal the opening of an event usually held indoors at Burroughs-Molette Elementary School’s cafeteria.

Although he said all meals were to go, Moody made some late accommodations, setting up tables outdoors where medical experts say it is safest to gather.

“If they bring a family with them,’’ Moody said, “they’re going to get a chance to sit down together and enjoy Thanksgiving.”

The 2020 venue at what was once the only public school for Blacks in Brunswick acknowledges “our heritage and roots at Risley,’’ Moody said.

He said the coronavirus didn’t stop the faithful from carrying out their mission to help those in need.

There were more than enough volunteers handing out meals that had been put together off site. The volunteers came from a number of area churches and other ministries along with some clubs.