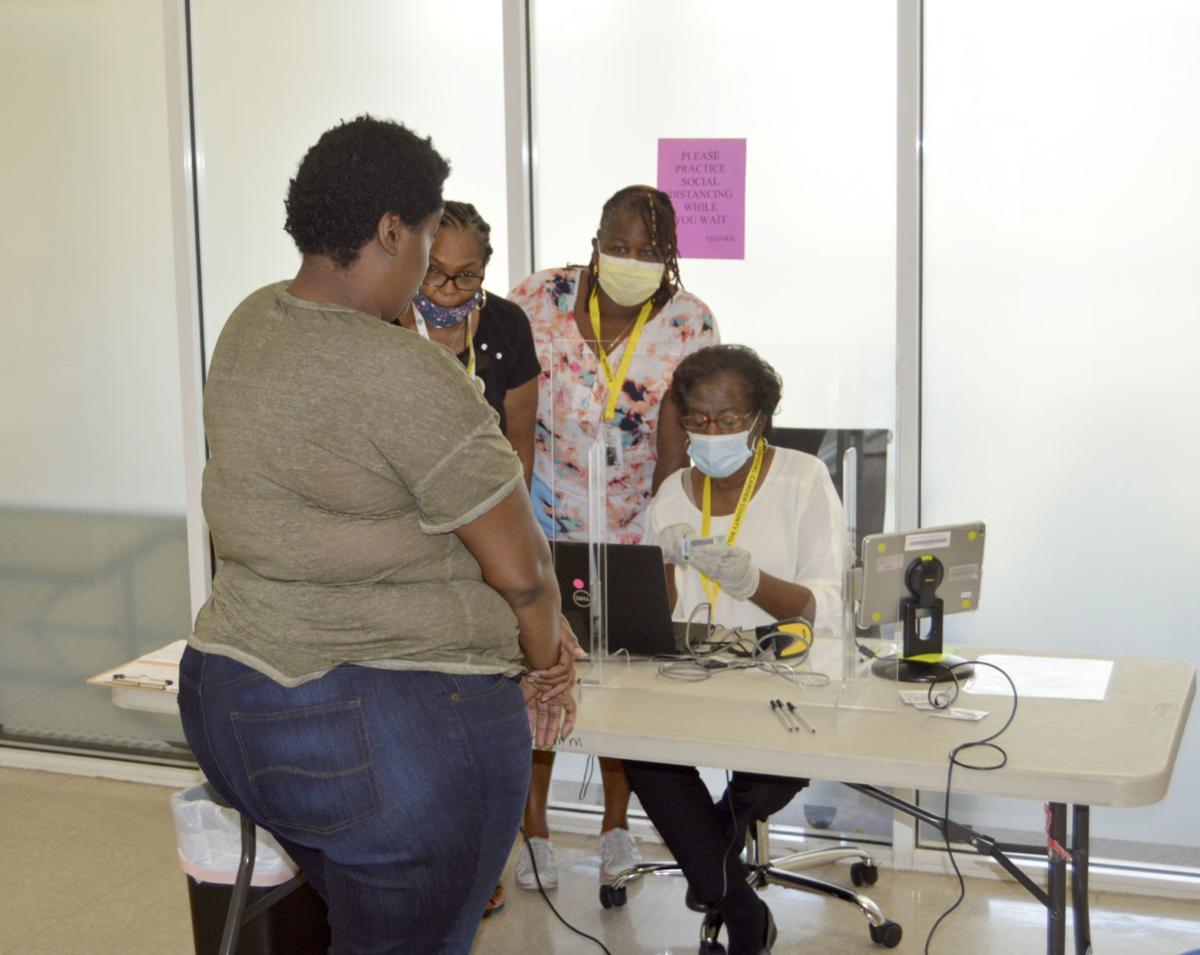 An early voter gets her identification approved Monday at the polling place in Kingsland. 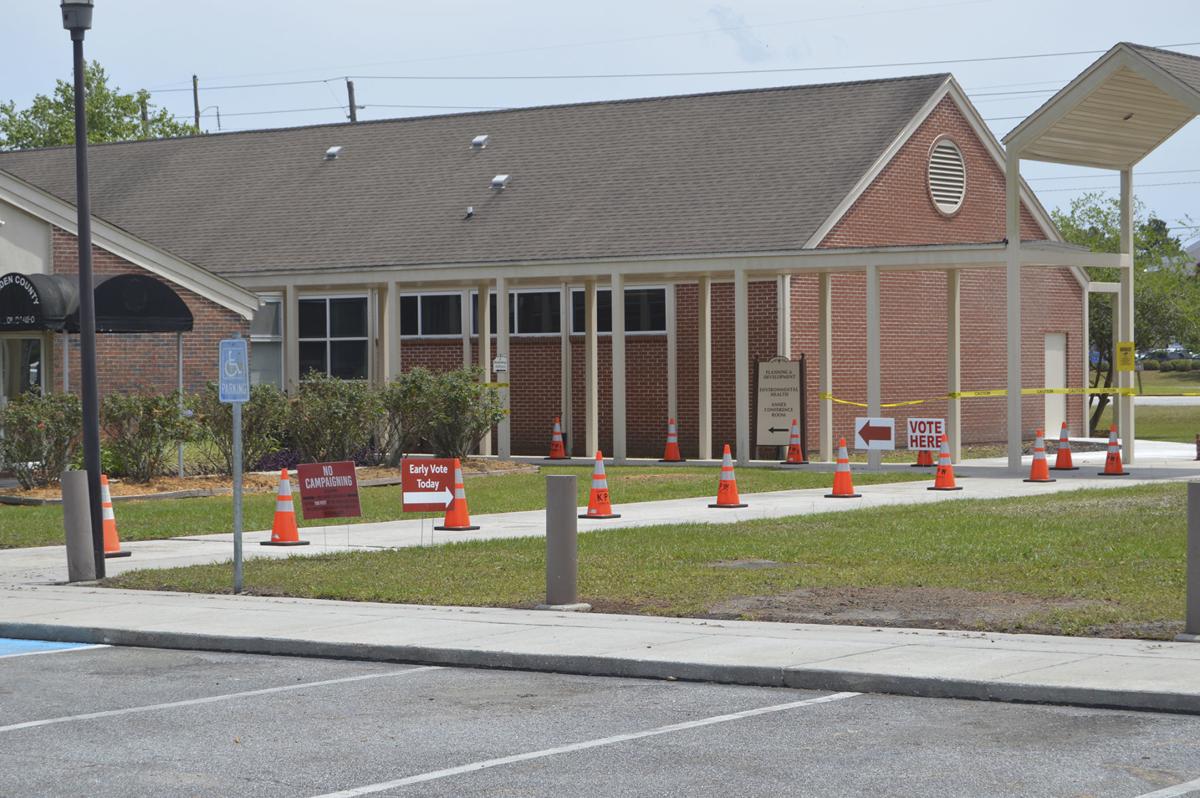 Cones and marks on the floor are set up to promote social distancing at the polling place in Kingsland where early voters are casting their ballots.

An early voter gets her identification approved Monday at the polling place in Kingsland.

Cones and marks on the floor are set up to promote social distancing at the polling place in Kingsland where early voters are casting their ballots.

Concerns about the COVID-19 outbreak have prompted Georgians to cast votes via absentee ballot, but not everyone prefers the mail-in version of an official ballot.

Many traditionalists still prefer to cast their vote in person at a polling place despite the health risk. And they weren’t afraid to show up Monday, the first day of early voting in the state.

The turnout was no surprise to Doll Gale, McIntosh County’s supervisor of elections.

“I’ve had a lot of people say they’d rather vote in person,” she said.

As of early afternoon Monday, Gale said more than 40 people had come to the polling place in Darien to cast their votes for the primary election.

When voters entered the polling place, they were asked to attach their identification to a short pole with a clip at the end so it could be scanned without staff touching it.

Poll workers were wearing masks and gloves. Voting machine screens, pens and anything else touched by humans were sanitized after each use, she said. In some instances, voters brought their own pens, which Gale said is encouraged but not required.

In Glynn County, three polling places were open Monday — the Office Park Building, St. Simons Island Fire Station No. 2 and Ballard Community Center. Traffic was slow at the main office at Office Park. Elections supervisor Chris Channell did not return a call Monday afternoon for an update on turnout.

Shannon Nettles, Camden County’s elections supervisor, said more than 55 people cast votes in the annex building on North Gross Road in Kingsland, the only early voting location in the county.

Signs and orange cones were set up near the building entrance to encourage six-foot social distancing while waiting to cast a ballot. Once inside the polling place everyone wore masks and gloves while screening each voter’s identification.

Masks and gloves were available for voters once they entered the building.

“It’s been going smoothly,” Nettles said. “So far, so good.”

Christine Turner, elections supervisor in Brantley County, said she had more than 80 early voters by mid afternoon. She said there was a steady flow of people coming into the elections office in Nahunta but there were never any lines.

“I’m very surprised. I had no idea,” she said of the busy first day of early voting.

She said marks on the floor show where people can safely stand inside the building. And outside, chairs were placed six feet apart to keep people from having to stand if lines began forming.

The June 9 primary election is a combination of the presidential preference primary and the party primary elections, which were rescheduled because of the COVID-19 outbreak.

Polling places are open from 8 a.m. to 5 p.m. on weekdays with the exception of the Memorial Day holiday. Saturday voting is set for May 30 statewide.