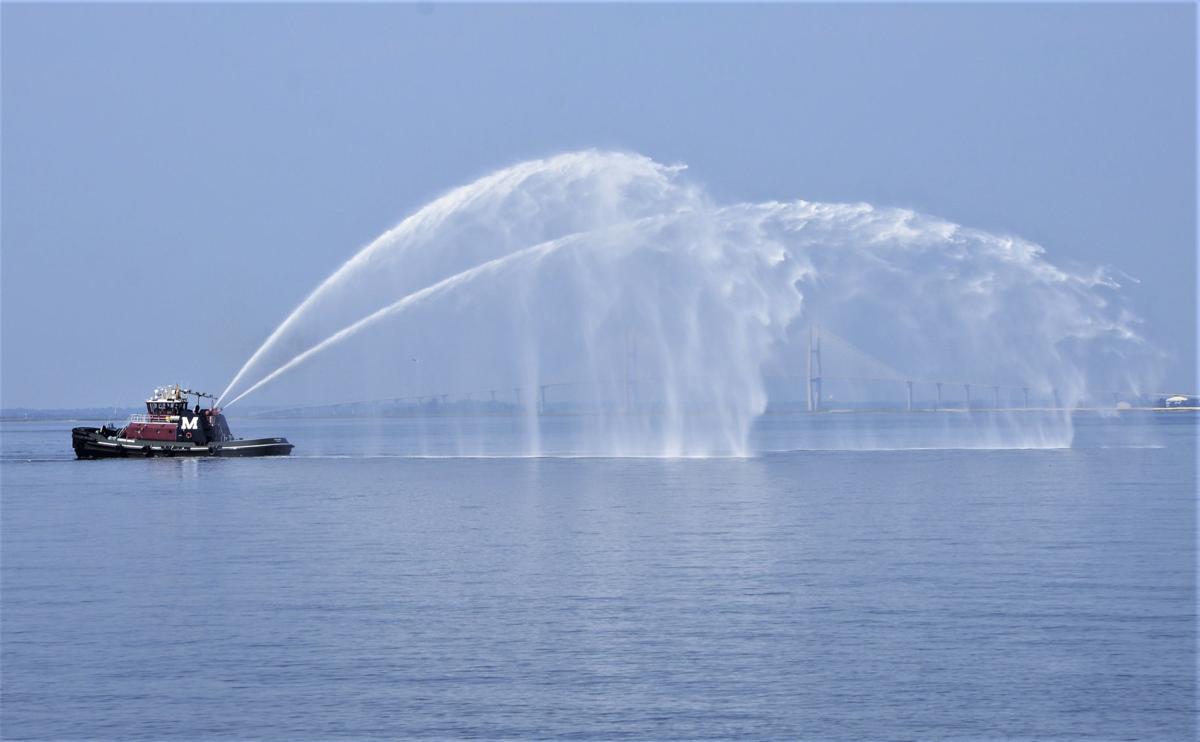 A tug boat sprays water near the site of the overturned Golden Ray freighter on Monday. 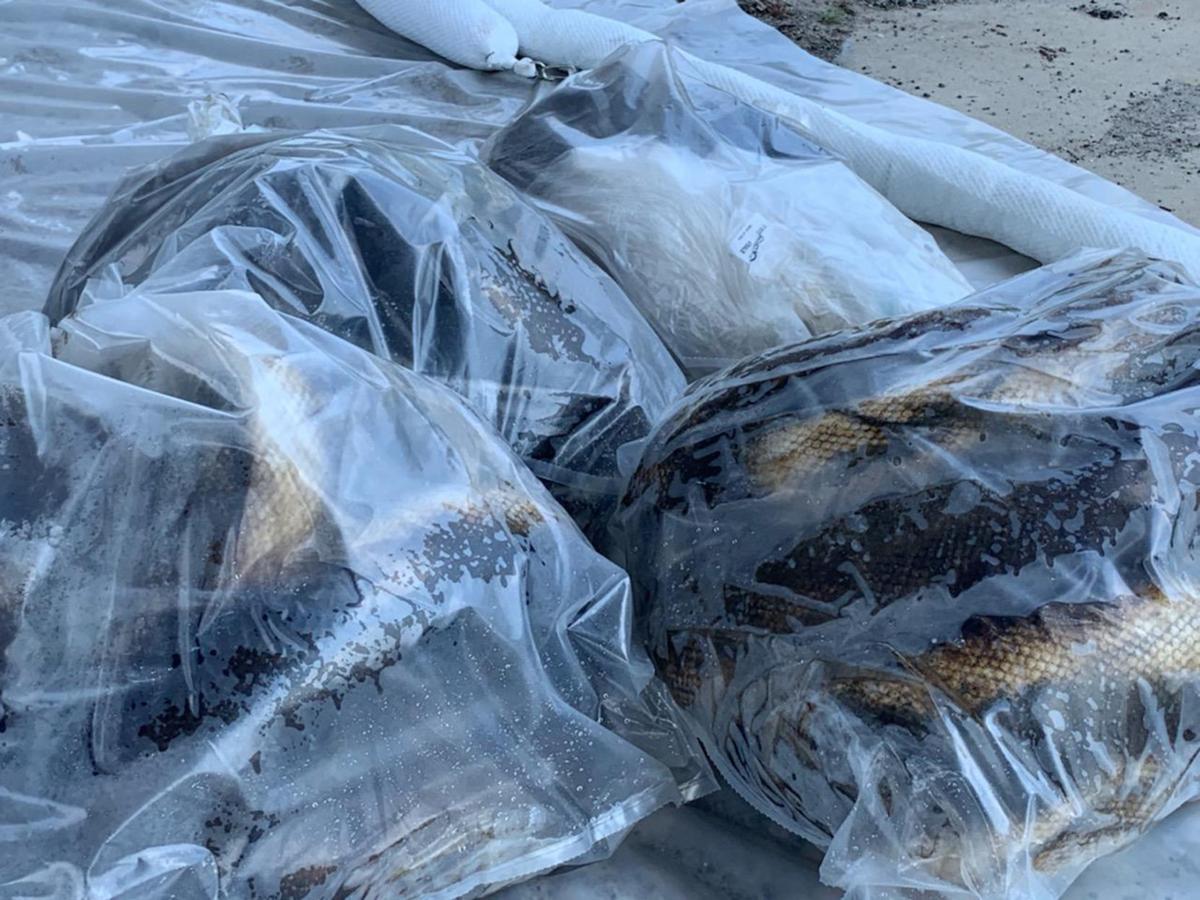 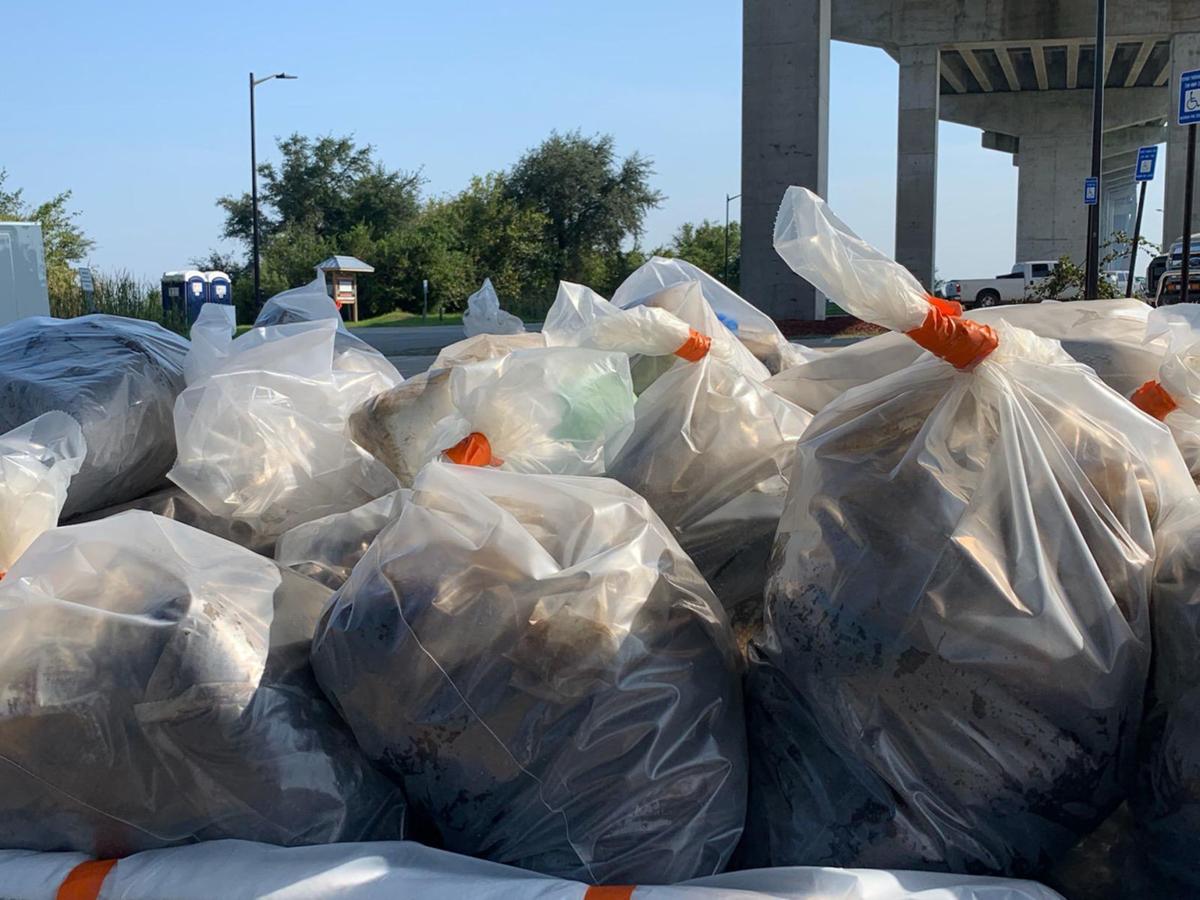 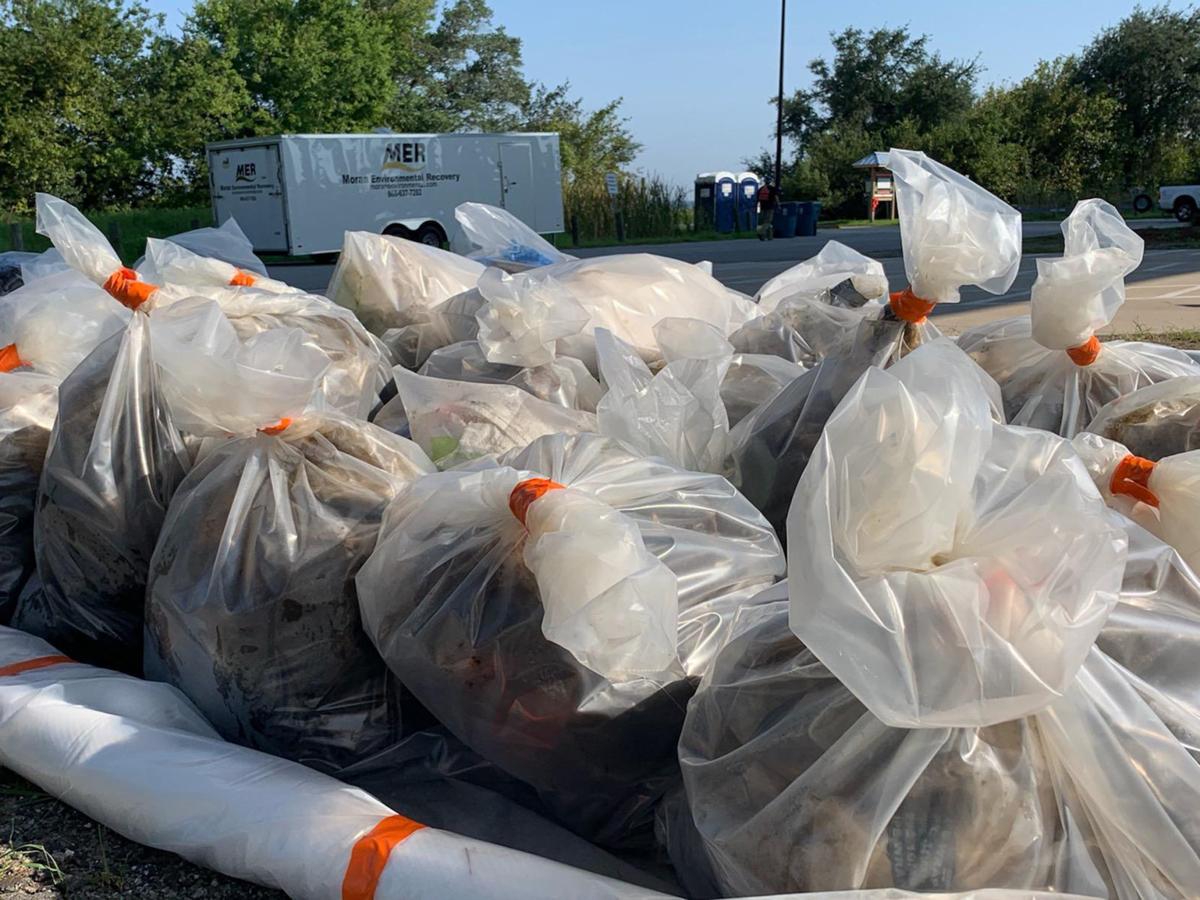 A tug boat sprays water near the site of the overturned Golden Ray freighter on Monday.

Oil from the capsized Golden Ray auto cargo ship has leaked into St. Simons Island Sound, and the Georgia Department of Natural Resources has crews in boats monitoring its spread and any possible effects on wildlife, the DNR said Monday.

Oil has appeared in slicks on the sound and has been found on St. Simons and Jekyll Island beaches, said Jason Lee, wildlife conservation section manager of DNR's Wildlife Resources Division.

At the same time, a tug boat near the Golden Ray was spraying water into the air, which Lee said could be an effort to dissipate an oil slick. He was, however, unsure if that was why the vessel was spraying the water.

He said the leaks are not yet significant enough to require a more rigorous response. He could not say whether the oil on the water's surface came from the Golden Ray's huge diesel tanks or from another source but said the ship is definitely the source.

The ship's tanks are vented and diesel could escape through the vents and be borne away on the tides, but Lee said there is no way to determine whether that is indeed the source of the oil slicks.

Lee said residents began sending the DNR photos of the oil on Sunday and that reports had continued Monday. There were also anecdotal reports of dogs going into the water on St. Simons’ beach and coming out with their fur coated with oil.

“People need to keep their pets out of the water,” Lee said.

Thus far, no floating booms have been placed around the ship to encircle and contain the leaking oil, but the Coast Guard has placed one east of Bird Island, an island built of dredged materials in the sound to provide a nesting area for shorebirds.

Least terns, black skimmers and gull-billed terns are among the species that nest on the island that the Corps of Engineers created to replace habitat lost to tourist traffic and development.

“It’s just globules about the size of your hand, floating around,” Williams said, describing substances leaking from the vessel. “They’ve got this boat with a net to scoop them up, and then they’ve got a great containment plan all the way around.”

Altamaha Riverkeeper Jen Hilburn, around 3:30 p.m. Monday, said in a Twitter video that oil cleanup is ongoing, and the hope is that the situation is no worse than presently imagined.

“We came here looking to see if we found oil, and indeed we have smelled some oil,” Hilburn said. “We aren’t seeing a whole lot, but what we did run into … are the crews that are bringing the booms, which are what collects the oil around the boat. And so, they have large, plastic garbage bags full of oiled and soaked-up booms. We’re hoping with the oil leak that they’re containing most of that, but we will see.”

Later, in a comment to The News, Hilburn noted that a large spill "could cause a huge and detrimental impact to our salt marsh and to our economy," especially with the upcoming wild oyster harvest season.