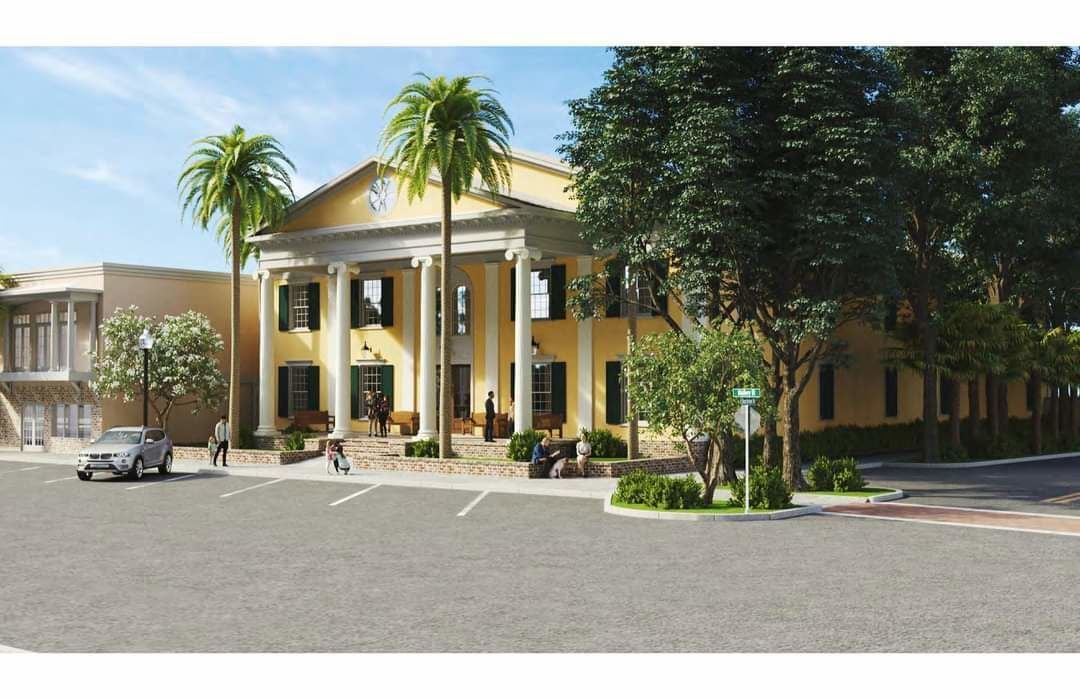 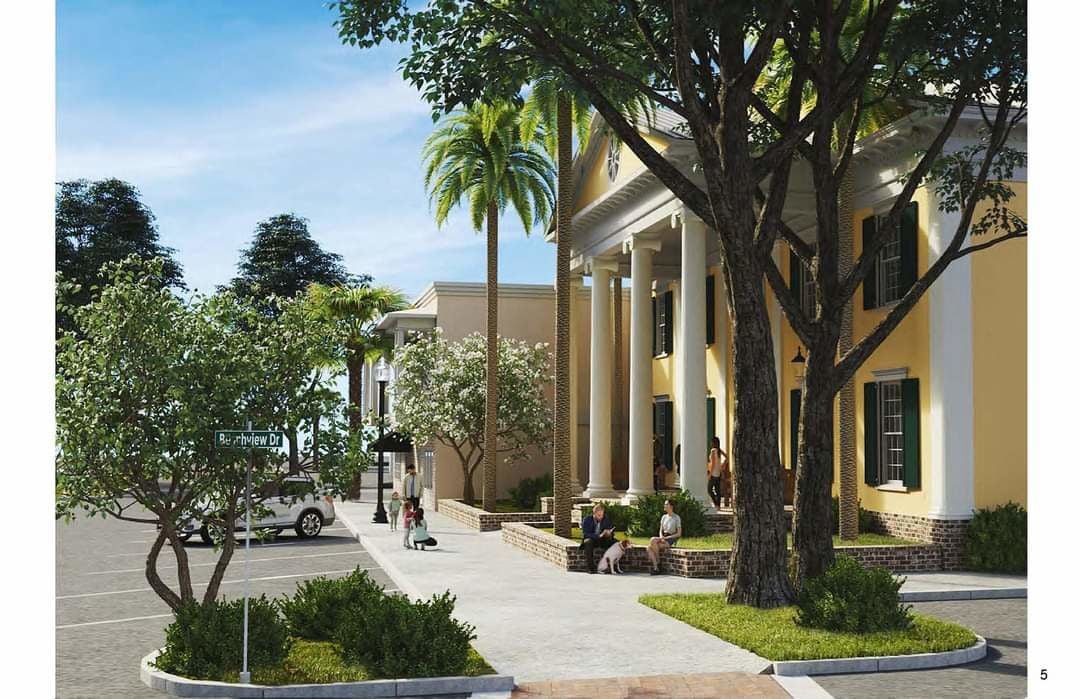 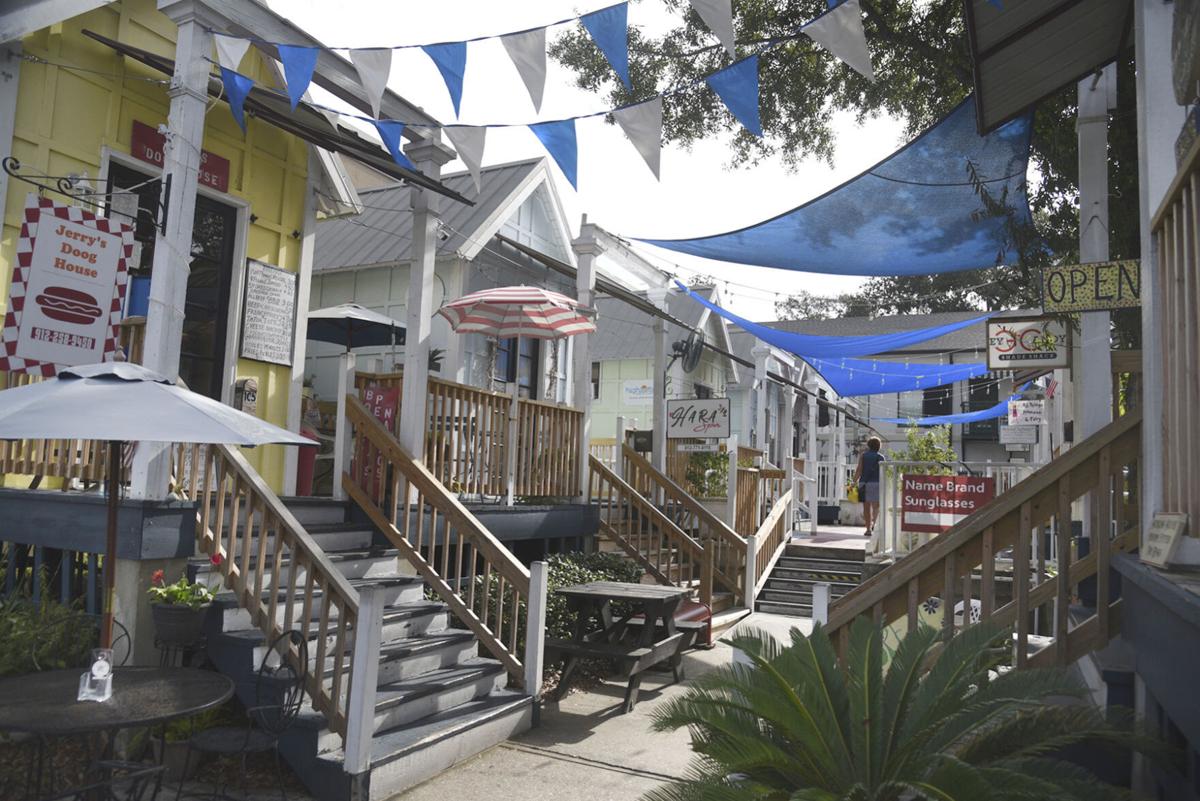 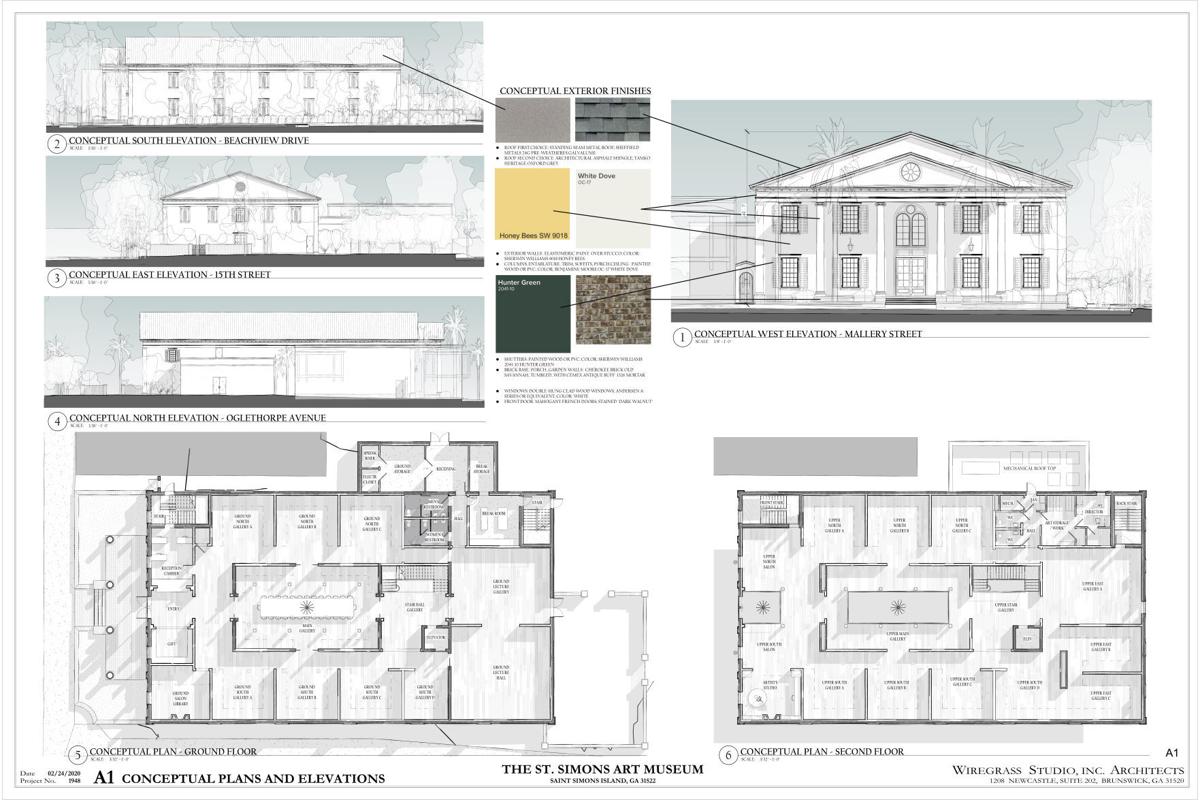 From Jan. 19 to Feb. 26, the sidewalk in front of the Pier Village Market kiosks will be closed to accommocate the staging of materials and equipment for the demolition crew, according to Glynn County Right-of-way Coordinator Chuck Flowers.

Mallery Street will remain open, and Glynn County asks pedestrians to cross the street to detour around the closed segment of sidewalk.

“If you left the sidewalk open, it would make the things they need to do harder to get in and out,” Flowers said

The Pier Village Market kiosks, the retail and office building next door on Beachview and a house next to that will be torn down to make way for a proposed two-story, 20,000 square foot museum.

The museum is a project of Sea Island Co. owner Philip Anschutz and is expected to house pieces depicting historic periods from the American Revolutionary War to the American Civil War to the westward expansion, according to an application filed with the county in 2020.

Crews may start working on-site as early as Monday, Flowers said, with demolition to begin in earnest soon after.

He did not have a timeline for the construction of the new building.

Multiple groups have worked to preserve the kiosks in the Pier Village Market at the corner of Mallery Street and Beachview Drive, but those efforts may have hit an impasse.

“When I read about the kiosks being taken down to be demolished, I thought perhaps there was an opportunity to repurpose them,” Beaufait said. “I have some people interested in them, but without details, it’s hard to know how successful it would be.”

Unfortunately, Beaufait said, transporting the kiosks may not be feasible. A survey of power lines and tree branches along different transportation routes was not promising.

Cost is also an important factor as the project is a personal one and not associated with Monkeywrench, he said.

“It’s in limbo right now because I met with a mover...and it was determined that they’re too tall to be cost-effectively moved,” Beaufait said. “In fact, they almost can’t get out of the village. We’re looking at it again to see if there’s any way to make that happen.”

Laying the kiosks on their side and moving them would require specialized equipment, as well as reinforcement on the inside of the small structures.

He said anyone with new ideas is welcome to contact him at Monkeywrench.

“What’s interesting to me is that they’re much larger than people thought, including me and including the movers,” Beaufait said. “They stand a tall, proud 18 feet, which is nothing to scoff at.”