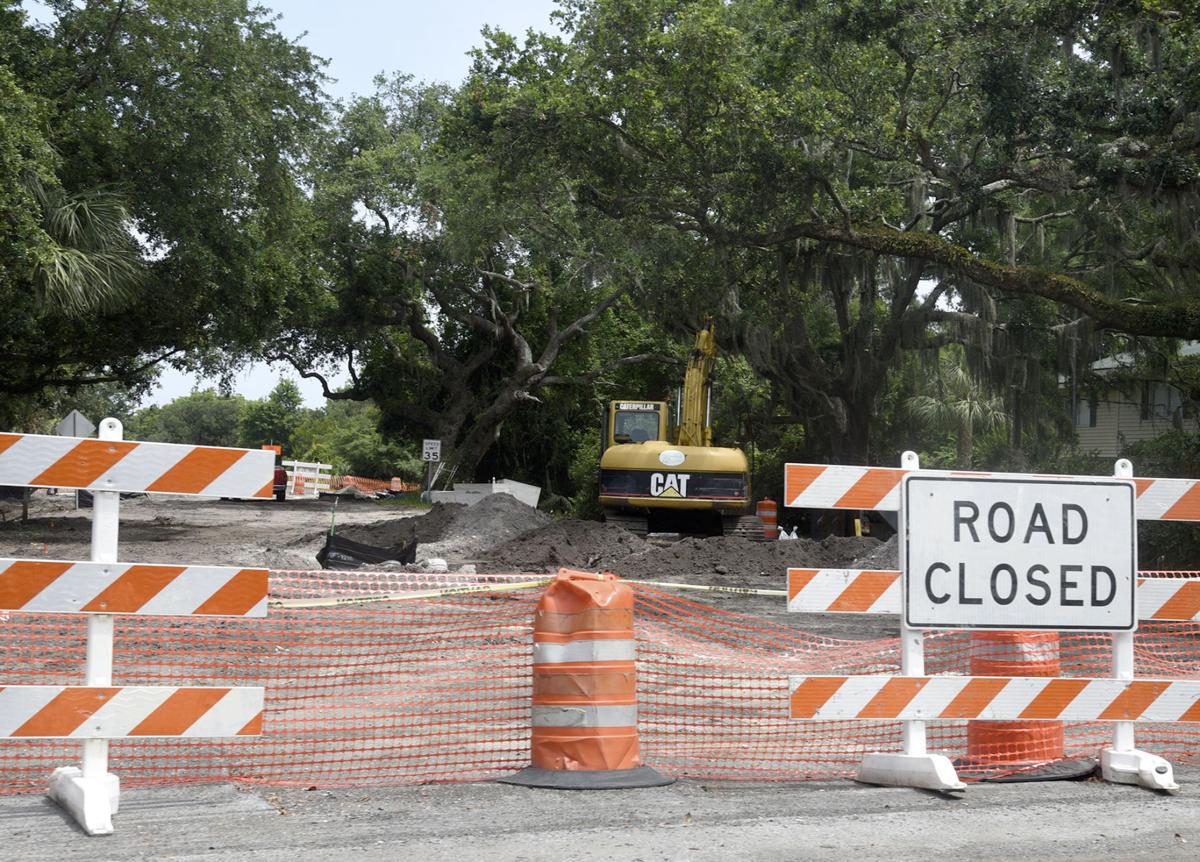 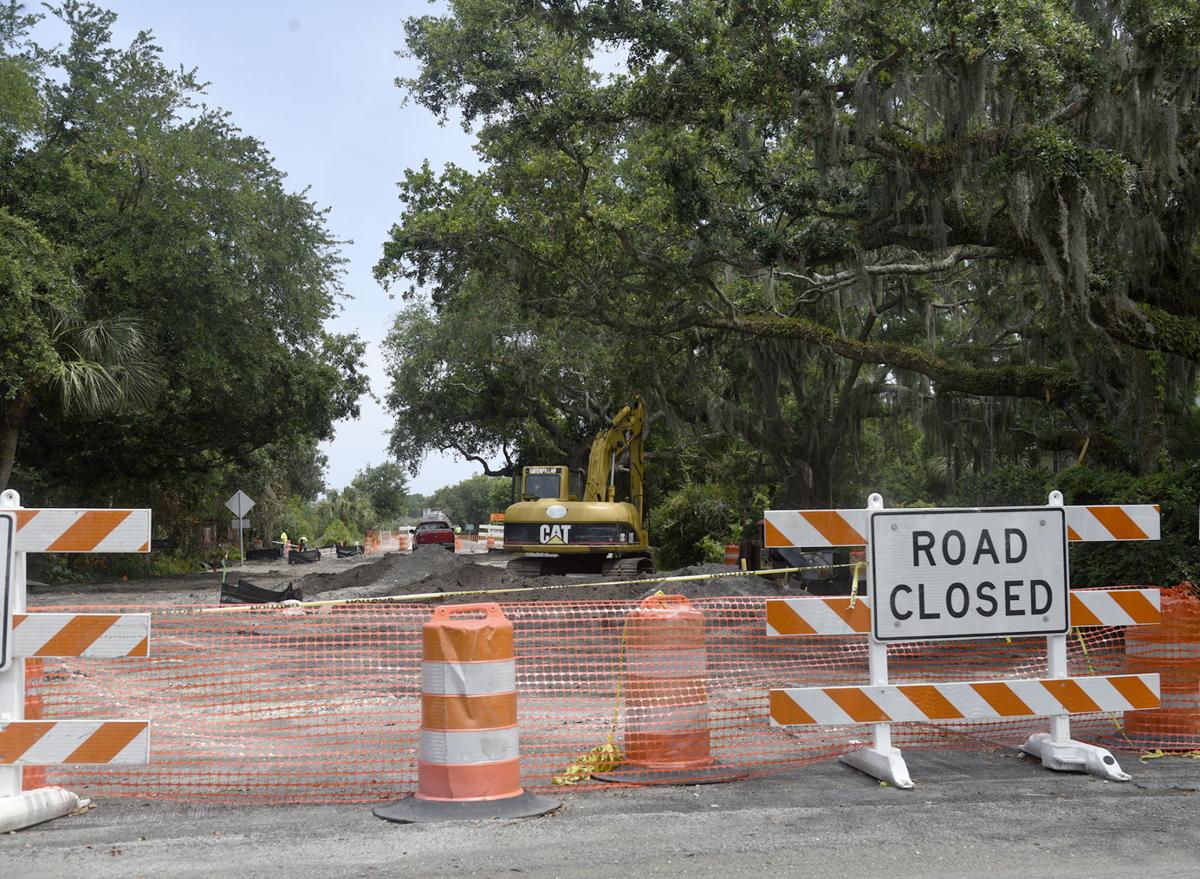 Most of the underground work — drainage, water and sewer utilities — was wrapped up over the past week, said Glynn County Public Works Director Dave Austin.

“They should be forming up the road next week. Our intent is to have some trafficable surface for the Fourth of July weekend,” Austin said.

By “trafficable” he means the first layer of asphalt, something solid enough for vehicles to drive on.

“They do it all the time on roads,” Austin said. “A lot of times...in subdivisions they’ll put on one layer and wait for the subdivision to get built out and then put the final layer in later.”

All work at the intersection should be complete in mid to late August, he said.

Contractors expect to keep at least one lane of Demere Road open at a time during most of the construction period, but Austin said a complete closure of the intersection may be necessary at some point near the end.

“We’re working on that, trying to narrow that window as short as possible,” Austin said.

Coming in at a little over $1.7 million, the cost of the project is nearly $1 million over the $850,000 budgeted in Special Purpose Local Option Sales Tax 2016.

The Brunswick-Glynn County Joint Water and Sewer Commission will pitch in $118,020 to cover the cost of new pipes, according to Austin.

Unlike its sister roundabout at the other end of East Beach Causeway, the Demere Road one will include landscaping in the middle, the lack of which is a common complaint among island residents, Austin said.

The Brunswick-Glynn County Library plans to spend this week celebrating its Friends of the Library group as part of National Friends of Libraries Week.

The St. Simons United Methodist Church pumpkin patch is open thanks to its youth, Boy Scouts and a lot of adult volunteers who gathered Saturday at 8 a.m. to unload a trailer load from New Mexico.

Three long and sturdy pilings will replace a troublesome 15-ton anchor that has held up progress in removing the shipwrecked Golden Ray from its conspicuous lair in the St. Simons Sound.