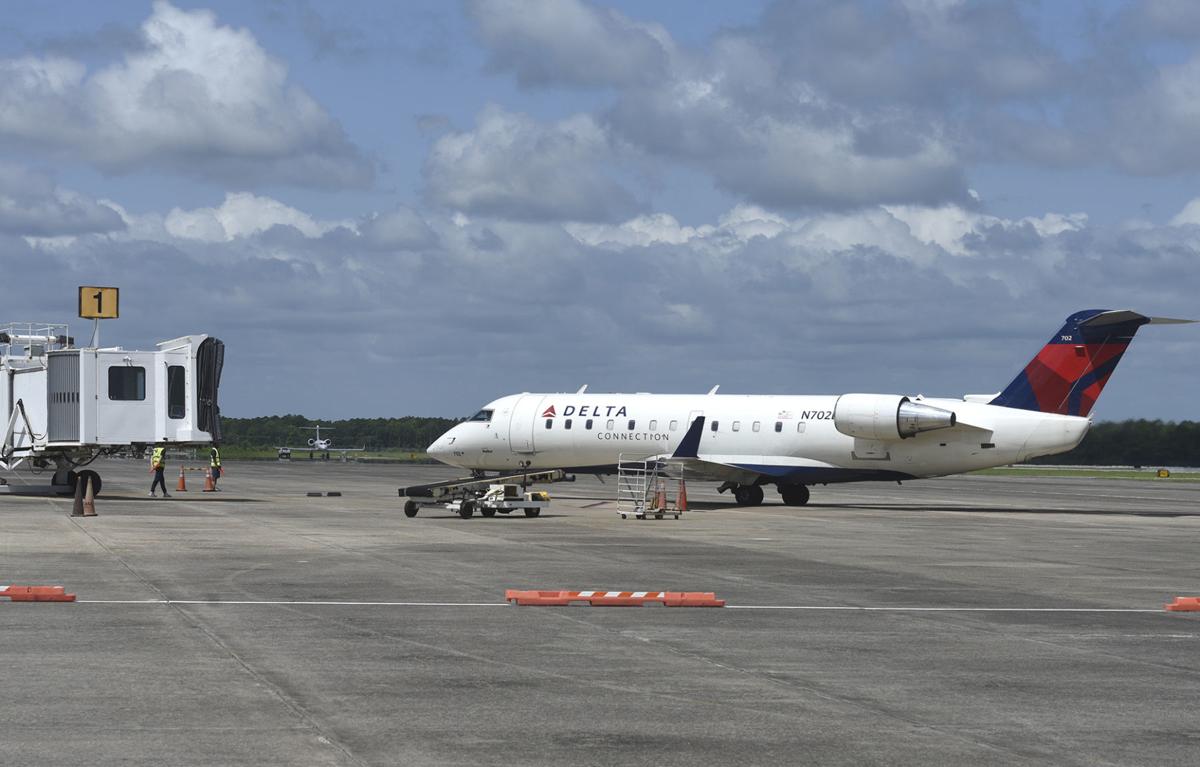 A Delta Airlines plane comes to a stop on the runway at Brunswick Golden Isles Airport earlier this year. It was recently announced that Delta will be adding a fourth flight leaving out of Brunswick in May 2020. 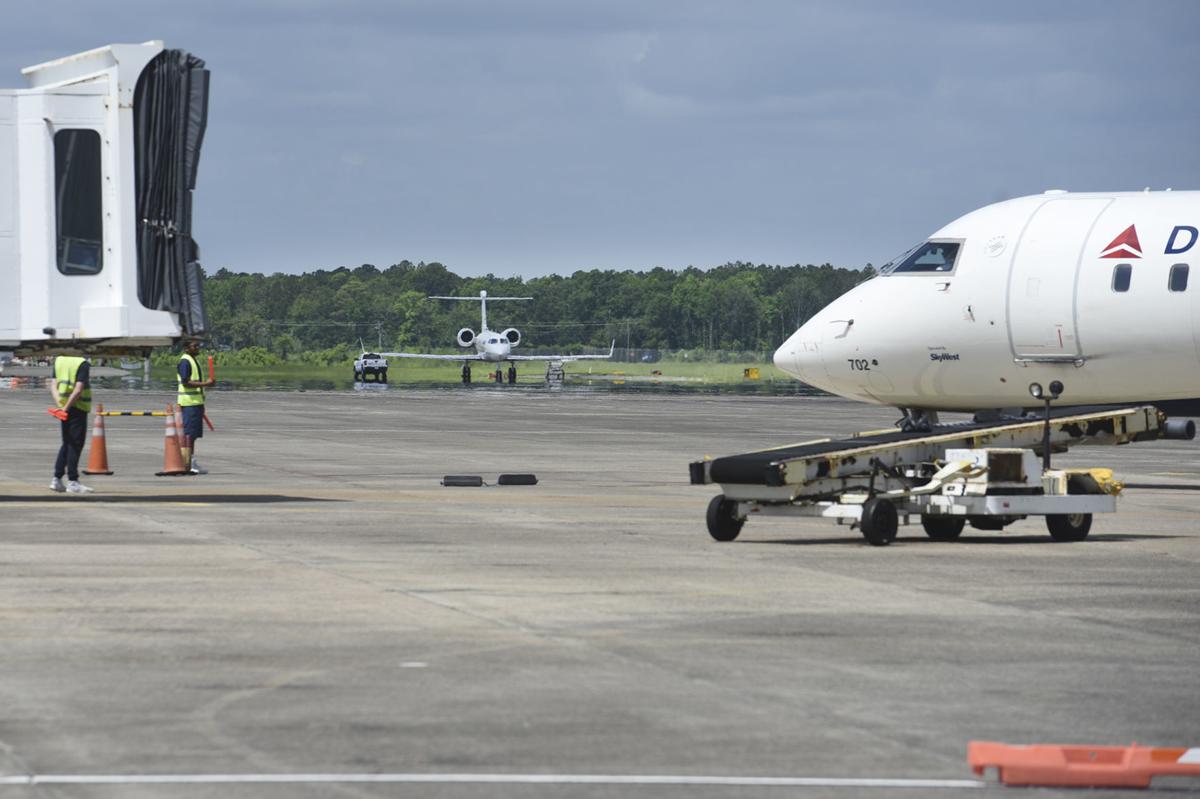 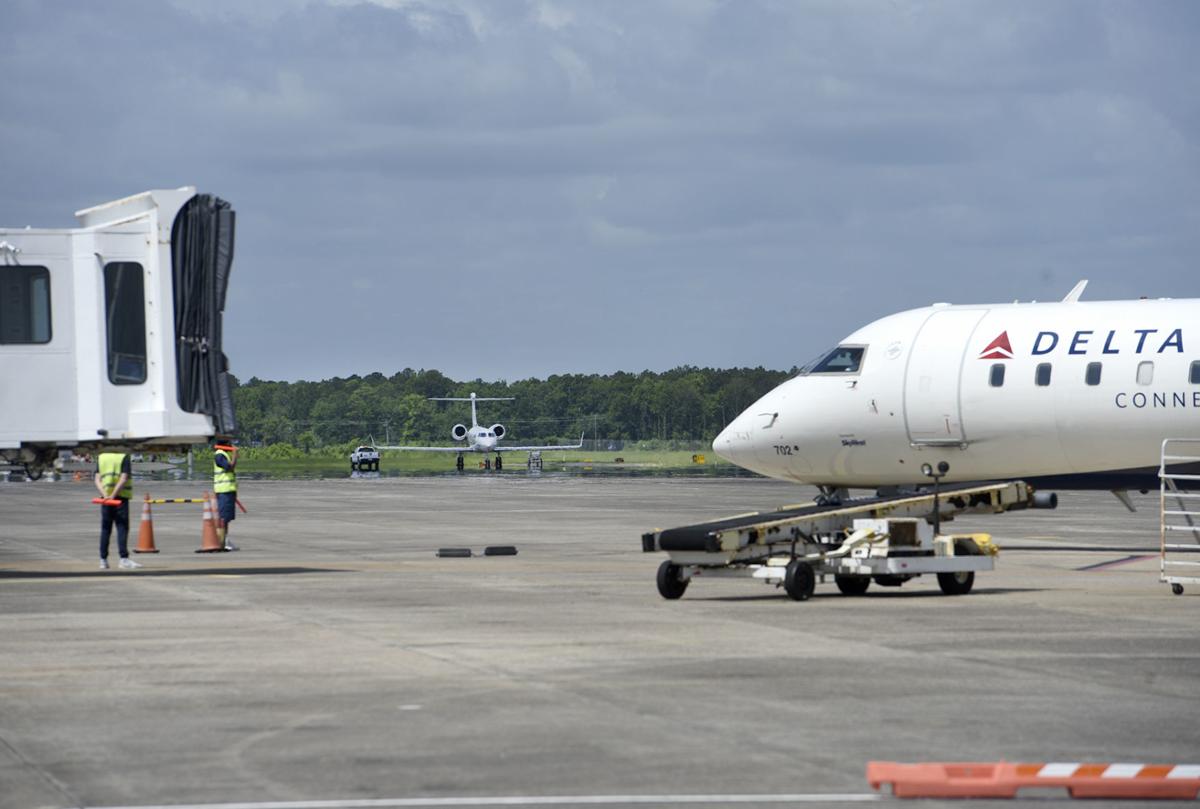 A Delta Airlines plane comes to a stop on the runway at Brunswick Golden Isles Airport earlier this year. It was recently announced that Delta will be adding a fourth flight leaving out of Brunswick in May 2020.

Starting in May 2020, Delta Air Lines will begin offering more flights out of the Brunswick Golden Isles Airport.

“Currently we have three flights a day with a 50-seat aircraft,” said Robert Burr, executive director of the Glynn County Airport Commission. “Starting May of next year, they’ve expanded service to four flights a day, and the fourth flight will be a larger plane.”

In total, he said the additional flight and seating mean a roughly 50 percent increase in passenger capacity.

“The reason why that’s significant is because that offers us more seats — this one has 76 seats — but it also has first-class service,” Burr said. “Customers can now book first-class seats, which is in high demand for our customers.”

“Trying to get expanded service into Brunswick Golden Isles has been a long-term goal of the CVB and the airport, and we’ve worked in partnership over many, many years to accomplish this goal,” McQuade said.

This news represents the first increase in service at the airport for a long time.

“Looking back over the last 15 to 20 years, we’ve been on a downward spiral of losing services,” McQuade said. “To have a 50 percent increase in capacity is an incredible opportunity not only for visitors but for residents alike.”

First-class seats, in particular, will be a big benefit to attracting visitors, he said, and will help highlight the area’s other features.

“It’s pretty unique to be able to land and be at the beach in a couple of minutes. With the increased air service, that’s going to help us highlight that even more,” McQuade said.

Burr said he hopes this is a sign of more to come. Currently, the only commercial passenger airline operating at the airport is Delta, and it only connects to the Hartsfield-Jackson International Airport in Atlanta.

The services airlines offer are entirely market-driven, he explained. If the Golden Isles proves it can support larger planes and more flights, more airlines are likely to follow Delta.

At the same time, the airport has been busy with the businesses that operate out of the other hangars at the airport. Many are looking to expand, he said, and the commission is always looking for more business.

“We’re in a place where hopefully more expansion is coming for new tenants and existing tenants,” Burr said.

“It’s very important that we sustain the service they’ve increased for us, not only just to sustain but to attract new services to the area,” McQuade said.

He didn’t want to short-sell the good news, however.

“As one tourism official, I’m a very happy man,” McQuade said. “I think our hotels and our visitor services are very happy as well.”

The Glynn County Airport Commission wants to cut the number of members who sit at its table by almost half.