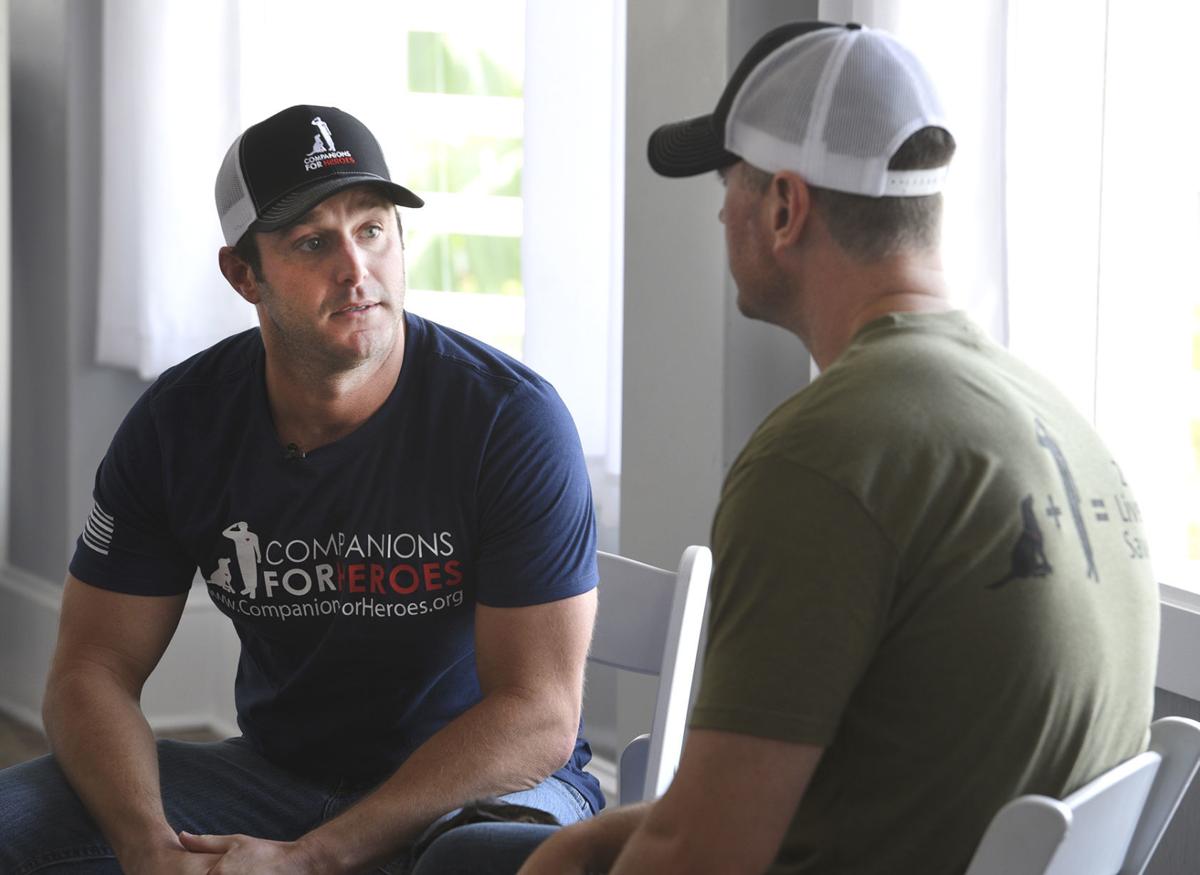 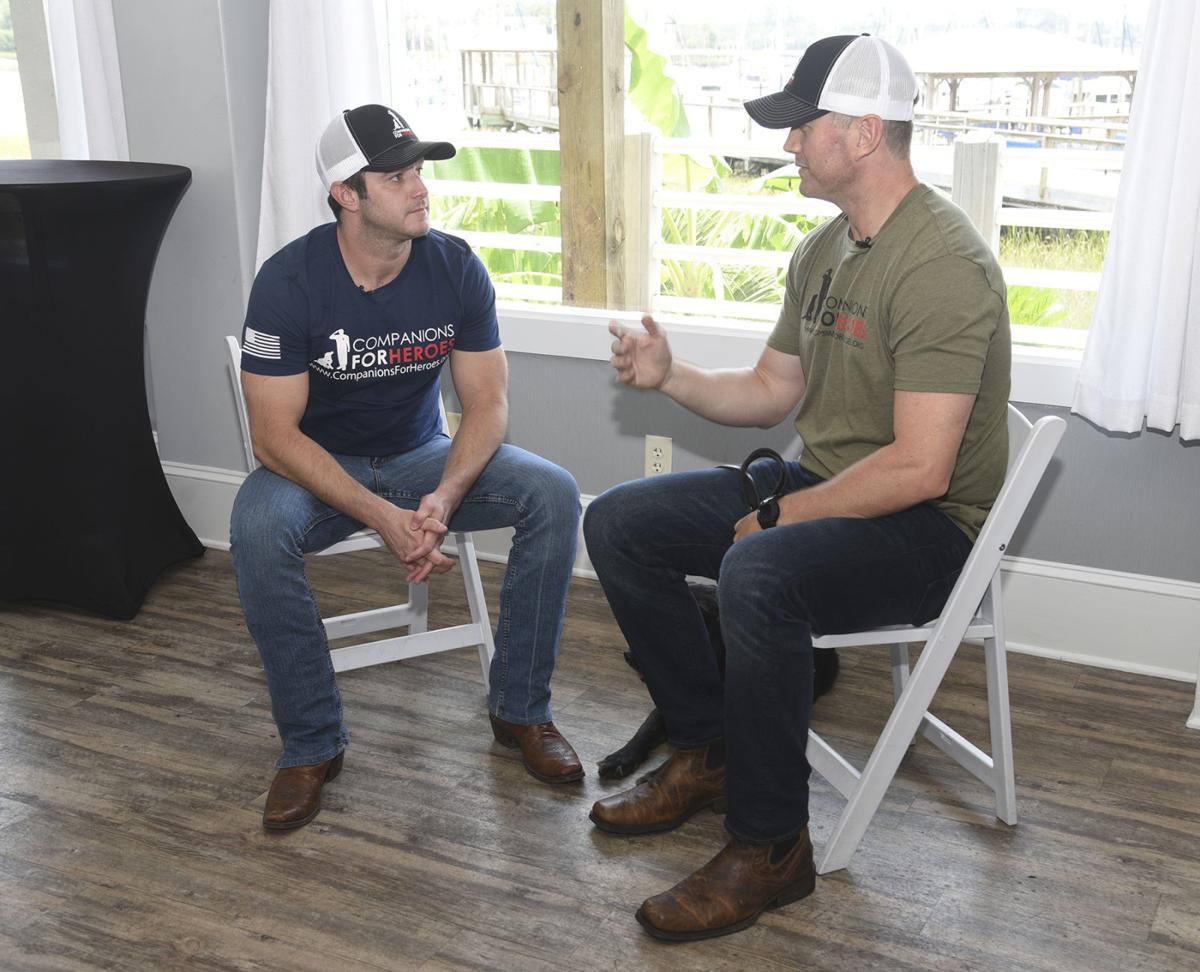 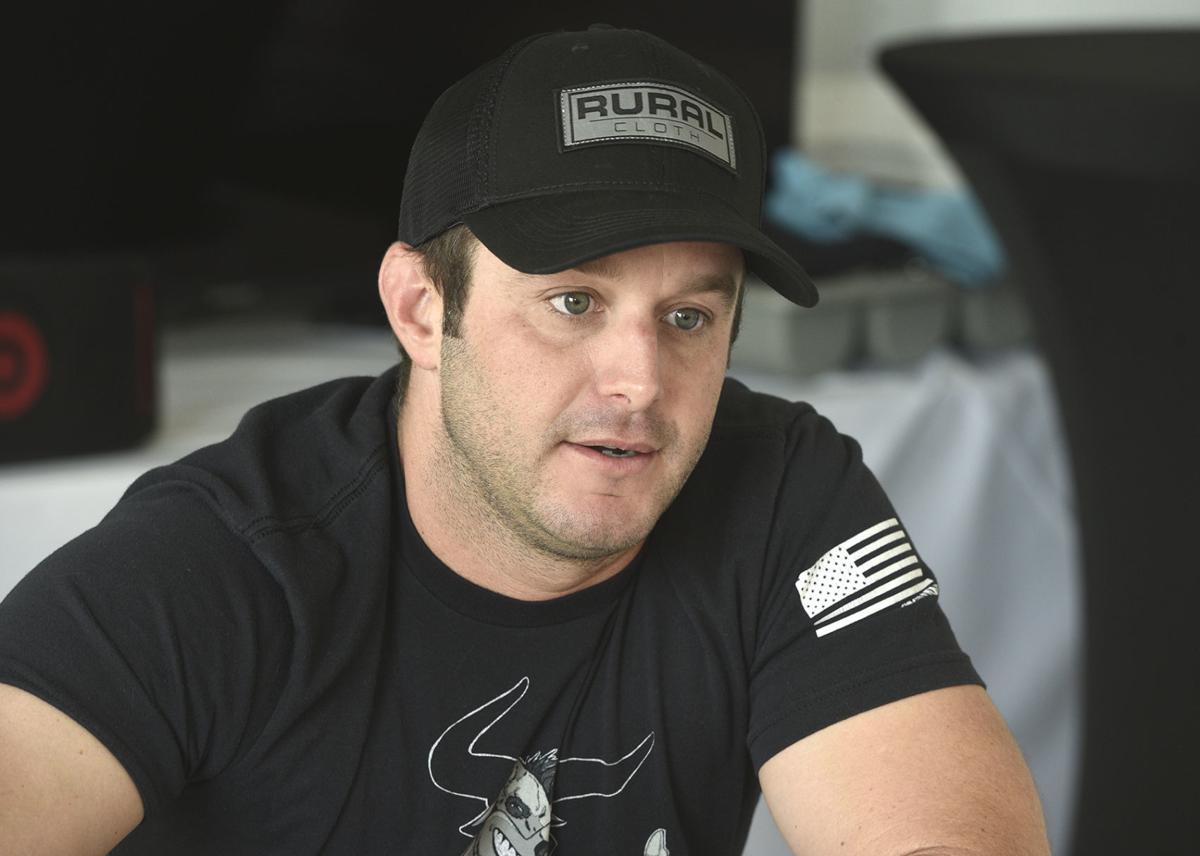 Country music artist Easton Corbin was in town Tuesday to meet with Companions For Heroes CEO and founder David Sharpe to discuss helping the charity out. 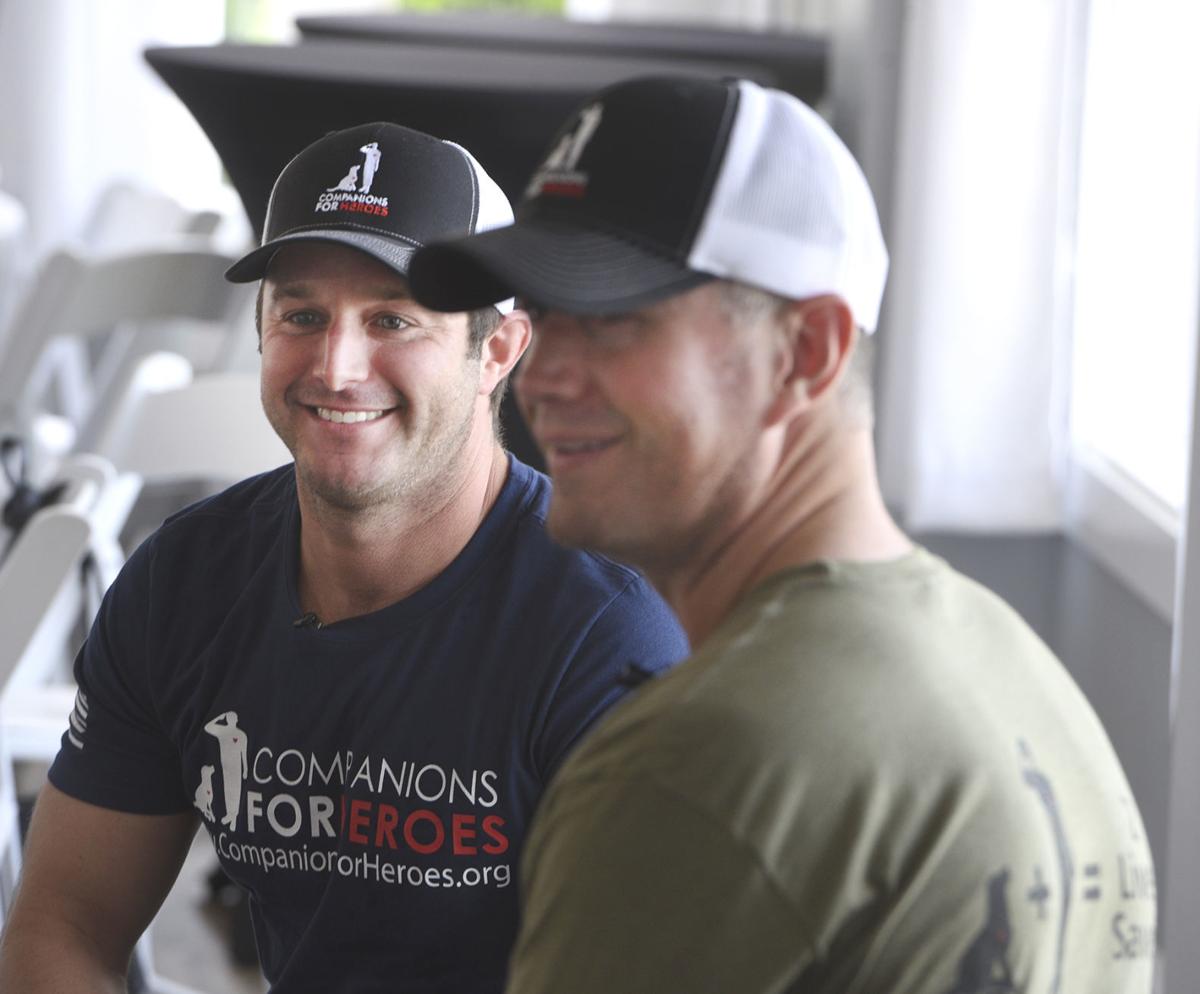 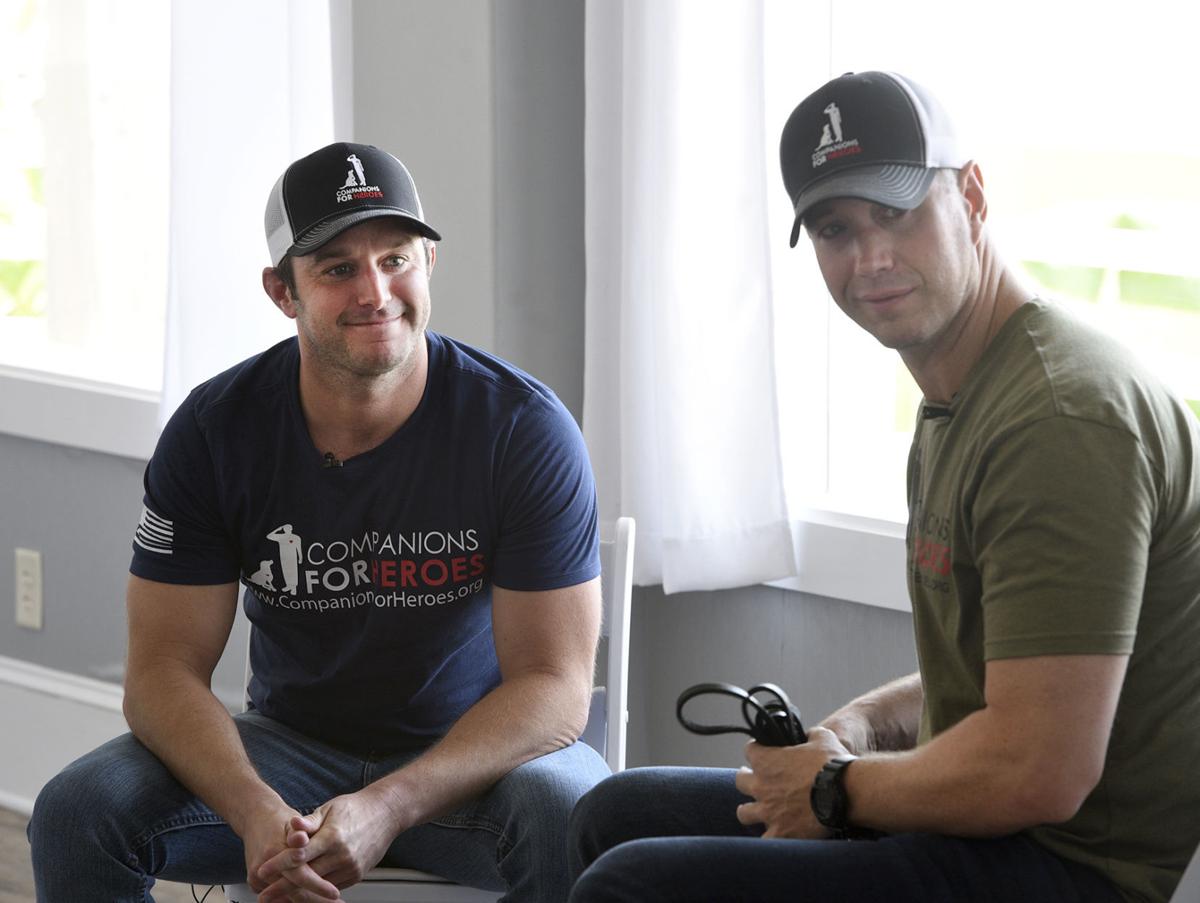 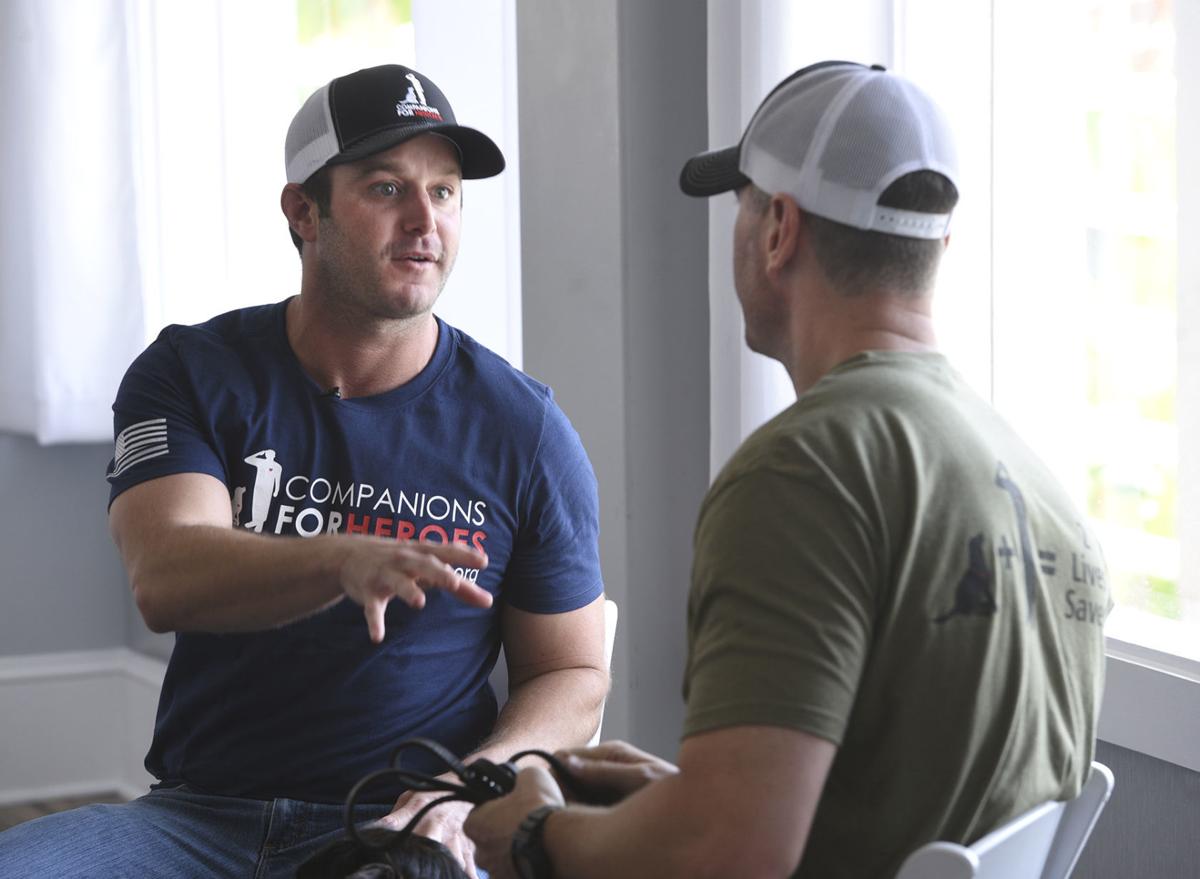 Country music artist Easton Corbin was in town Tuesday to meet with Companions For Heroes CEO and founder David Sharpe to discuss helping the charity out.

Josh Polley’s struggles with PTSD were severe. His night terrors forced him to sleep in the guest room, away from his wife, and his anxiety had him taking Xanax regularly.

Then, the U.S. Army veteran learned about Companions for Heroes.

Polley was paired with a therapy dog, and his companion saved him.

“She just calms everything,” Polley said.

His story is similar to those of more than 4,000 people who have been aided by Companions for Heroes since the charity’s founding 10 years ago. The organization aims to save two lives at once, while raising awareness of PTSD, traumatic brain injuries and other challenges confronting the country’s veterans.

This mission recently caught the attention of country singer Easton Corbin, who has pledged to help share Companions for Heroes’ story.

“I just think it’s a great organization. It does great things for veterans,” said Corbin, sitting Tuesday inside a room overlooking Morningstar Marina and preparing to talk with Sharpe for a promotional video.

Corbin brought a few members of his team from Nashville, Tenn., down to St. Simons to shoot footage that will be included in videos promoting Companions for Heroes. The organization’s mission fits perfectly, Corbin said, with the message in one of his latest’s songs, “Raising Humans.”

The song, written by Corbin’s friend Michael White, tells the kind of story that stirs up emotions in many. The song shares, from the perspective of a dog, how pets can play a crucial role during the most challenging parts of their owners’ lives.

That message is at the core of what Companions for Heroes strives to do.

“I just really think this program and song go hand in hand,” Corbin said. “And the cool thing about it is that these are rescue dogs. So it’s not only saving a human’s life, but also saving a dog’s life. It’s saving two lives.”

Corbin shared a recording of the song Tuesday with Sharpe and others involved with Companions for Heroes. When the final notes played, there were many teary eyes in the room.

Corbin and Sharpe then sat down to record on video an interview at the Marina, before the group traveled to a few other spots around St. Simons to shoot more video footage.

The footage will be shared on Corbin’s social media and website, to raise awareness among his many fans about the work being done by Companions for Heroes.

“That’s what really is special to me, is that somebody takes time out of his busy schedule like (Corbin) is with his team, to get to know me, to get to know the roots of my heart and where it all started,” said Sharpe, a veteran who founded the organization after struggling with his own PTSD.

Companions for Heroes has grown significantly since the organization was founded, serving more than 560 veterans this past year, including 36 veterans from Glynn County.

“I went through my struggle, and started the charity to help others who are in more need than me,” Sharpe said.