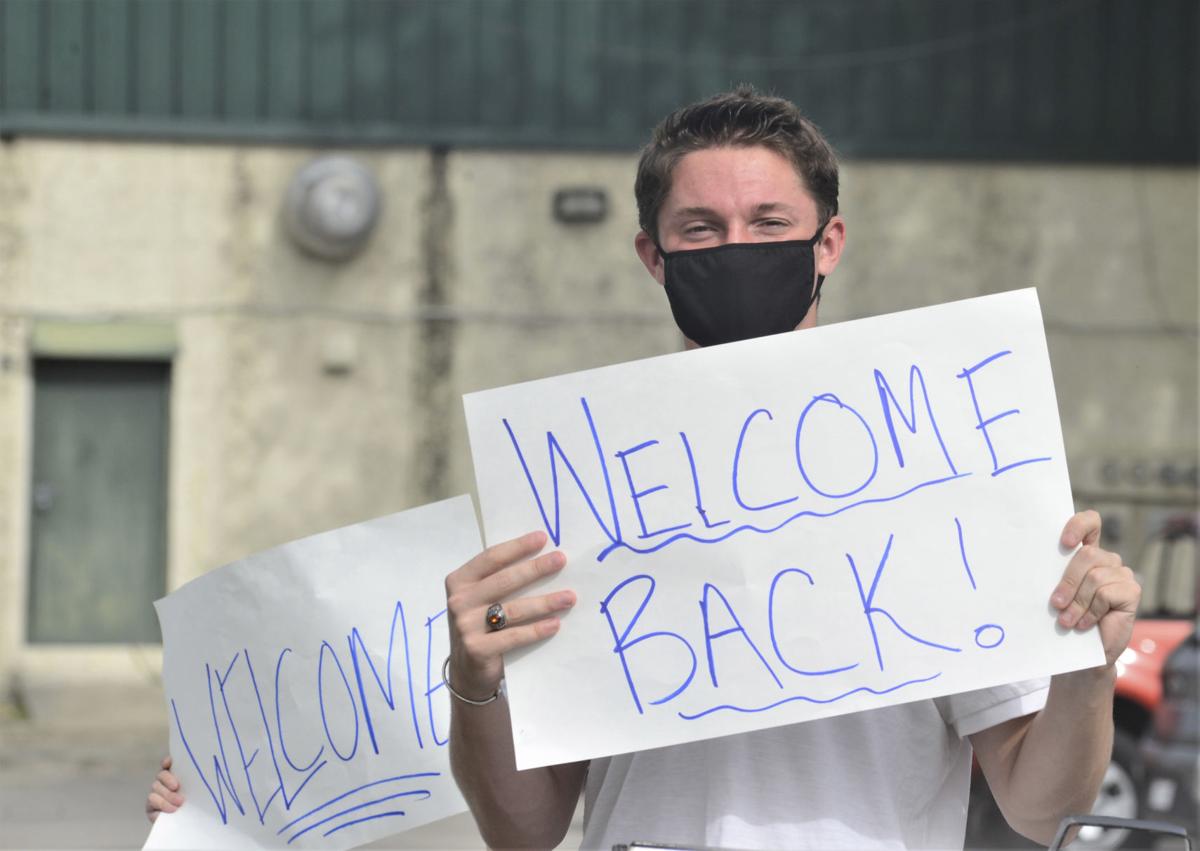 Connor McGee holds a sign welcoming worshipers to The Chapel for the first time in three months. 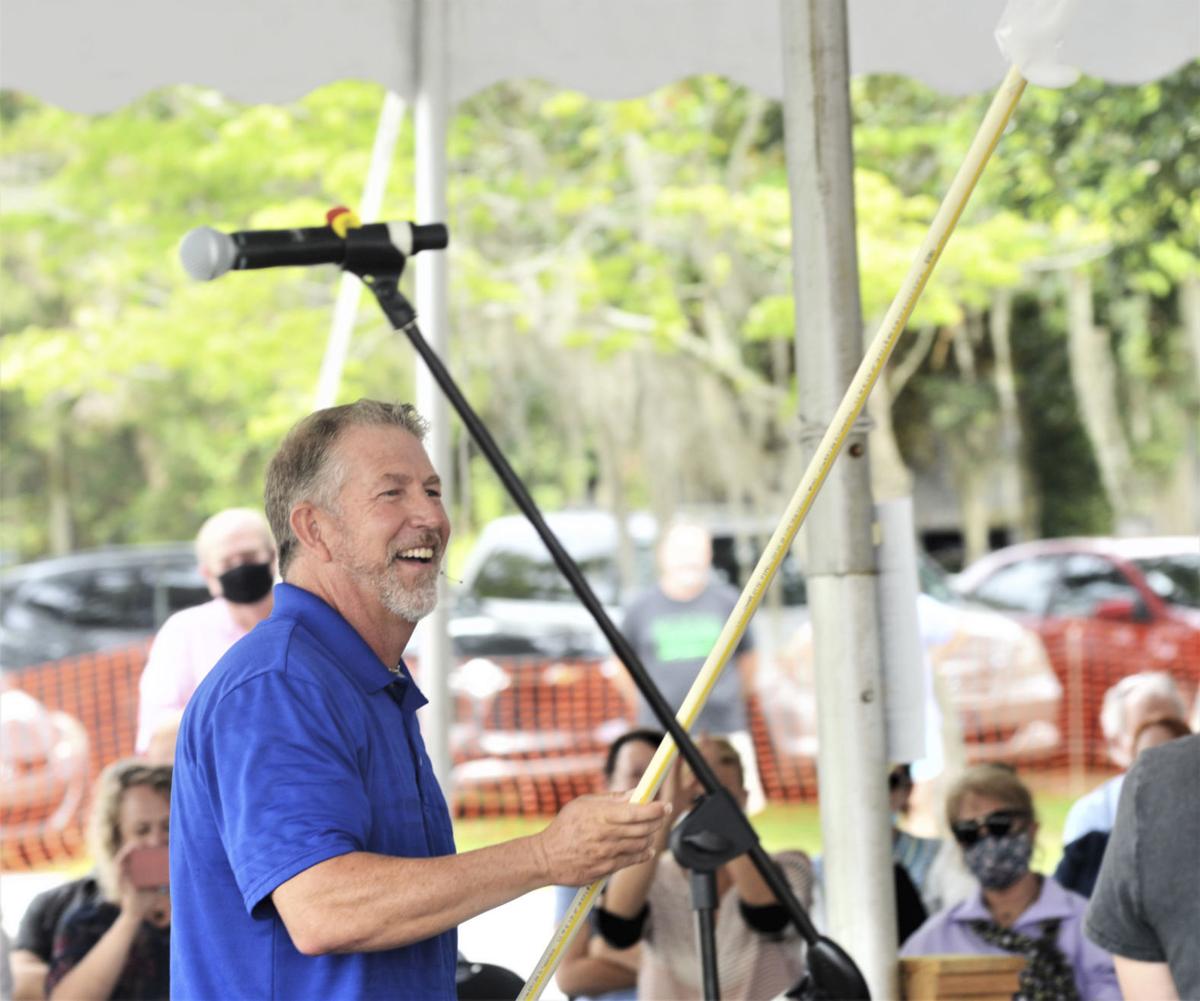 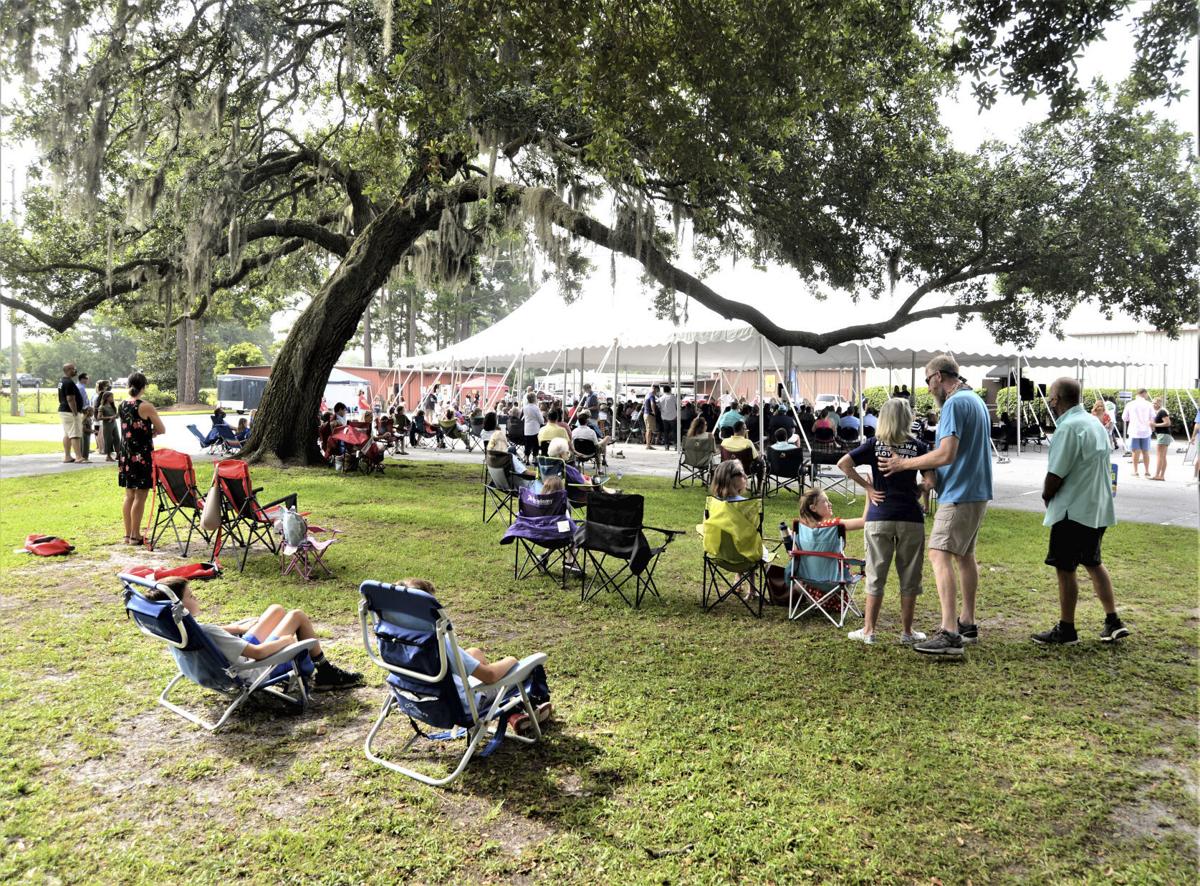 Some people sat outside the tent in the shade of some trees.

Connor McGee holds a sign welcoming worshipers to The Chapel for the first time in three months.

Some people sat outside the tent in the shade of some trees.

After three months of online worship, the congregation of The Chapel met under the big top Sunday morning with a nod to the history of the Jewish and Christian faiths.

Three poles supported a white canopy over the church’s parking lot in the triangle formed by Spur 25 and Cypress Mill Road. After a string of Sabbaths looking into a camera with no congregation, the Rev. Jay Hanson relished in seeing human faces, albeit some behind masks, before him.

“First, I’m so glad to see y’all. It’s great to see you,” he said in the lead up to the service. With no hymnals and too much light to project songs, Hanson told them how to get the lyrics on their cellphones.

There was a welcome for everyone as a young people from the church held signs at both entrances.

Keith and Adrienne Kmitta, who normally attend Grace Chapel on Blythe Island, said they were glad to be back.

“It’s been about three months since we’ve been in church,’’ he said.

“You can definitely tell the difference,’’ Adrienne Kmitta said.

Some opted to sit away from the canopy in the shade of some trees. Standing in the sparse shade, Jennifer Kline said, “It could be 100 degrees, and I’d take it.”

John Rose stood beside his SUV in the shade while his wife, Jennifer, and daughter, Lindy, sat in the open hatch. John Rose said they weren’t worried about social distancing, but they didn’t bring chairs from home and didn’t want to take anyone else’s.

As is typical, Hanson started with a joke as he apologized to everyone.

“Until we started wearing these things,’’ he said of masks, “I had no idea my coffee breath was so bad.”

He also said that the roots of Christian worship lie in Judaism and that the Jewish tabernacle was often a tent. It the first tent meeting the area in years, however, with pine shavings underfoot.

Hanson also called Kris Dockery, pastor at the Grace Chapel campus, and Randi Zeagler, the deployment care teams coordinator, and followed Biblical teachings to anoint them with oil, lay hands on them and pray for them.

The ritual was not carried out by the book, however, because of the social distancing requirements.

Hanson brought out a 10-foot piece of PVC pipe with a small hand on the end that had olive oil on it. He wielded the anointing pipe as the congregation laughed, and Hanson kept his distance as he prayed with one hand extended in their general direction.

The Chapel plans to meet again under the tent next Sunday at 9:45 a.m.