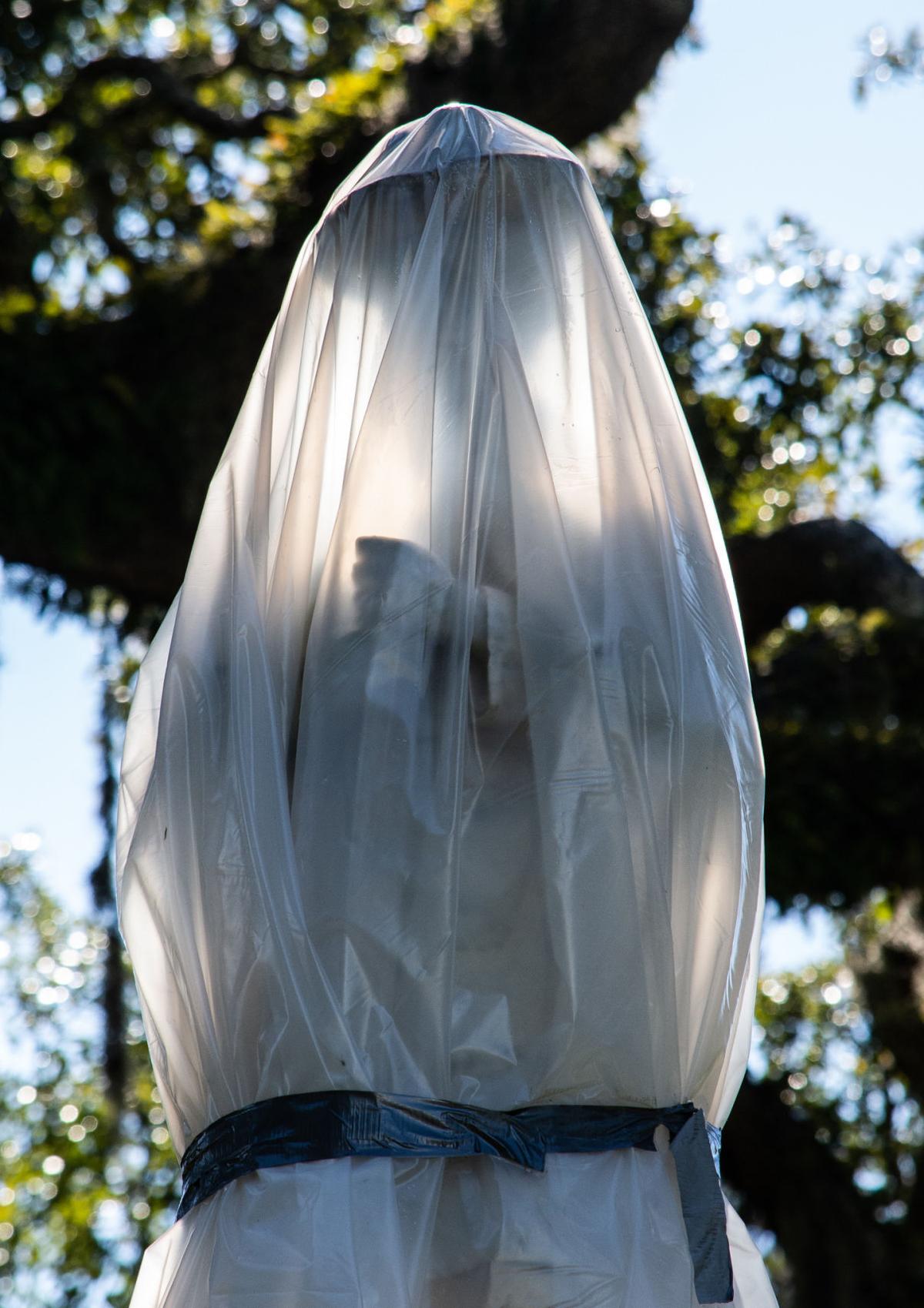 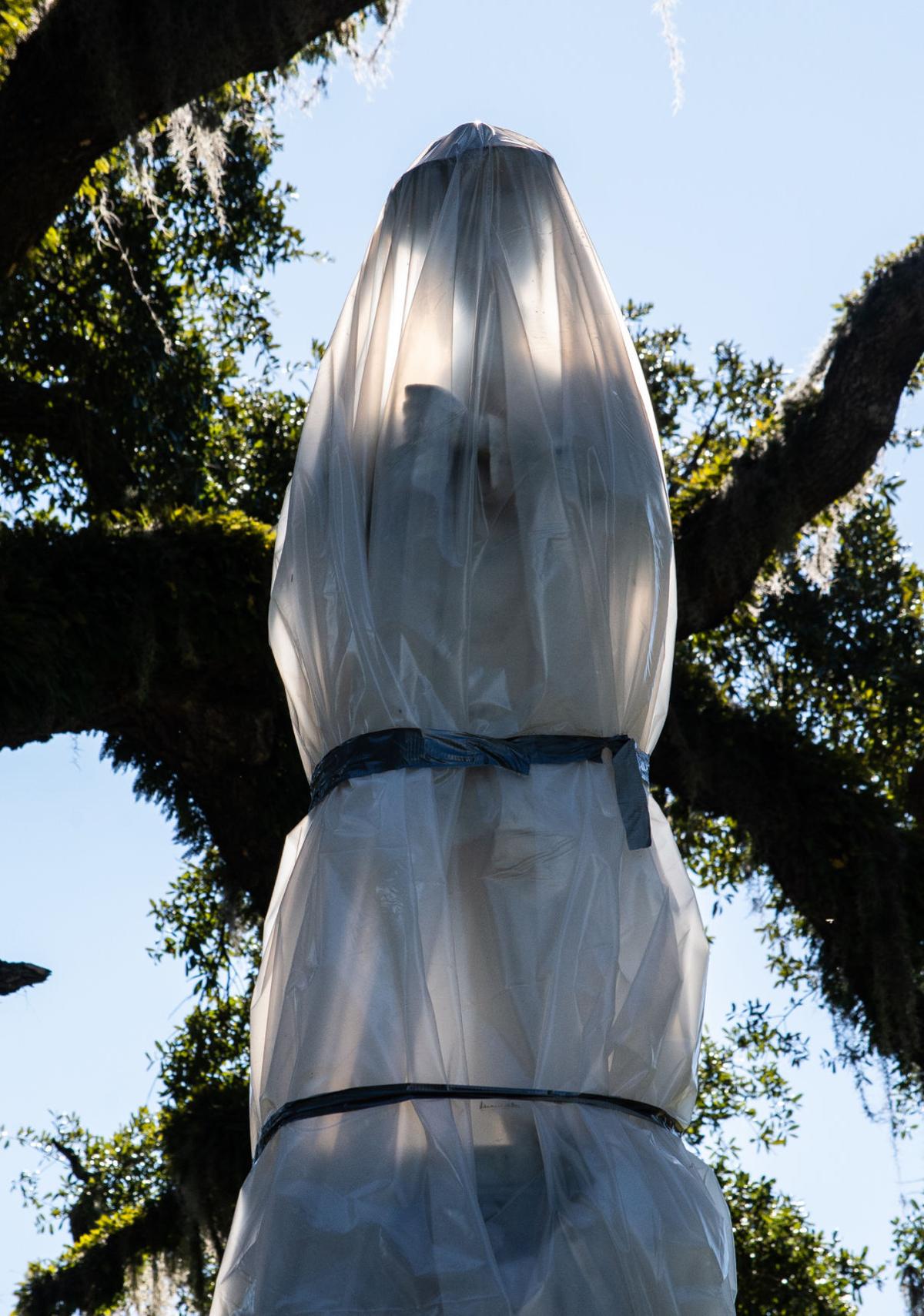 The Confederate monument in Hanover Square is under wraps — literally — to prevent what happened last year after a video showing the shooting death of Ahmaud Arbery went public.

Crowds gathered last year to protest the way the investigation into the Arbery shooting was handled and one or more of those protesters defaced the monument with the letters BLM painted in several locations.

Brunswick Mayor Cornell Harvey said the plastic shroud that covers the monument, which has stood in the square since 1902, was placed there by people who want to protect it from further vandalism.

Harvey said the city still intends to remove the monument from the square at some time in the near future.

“We want to protect it before it gets removed,” he said. “There is someone who wants it. We’re trying to facilitate the move.”

Harvey said it’s uncertain when the monument will be removed, but he is confident it will be done.

The defacing last spring sparked a debate about the monument and whether it was time to consider its future.

After some citizens called for the monument to be removed from the square, commissioners created a special committee tasked with reaching an agreement on how to handle the issue. The nine-person panel could not reach a consensus and voted 5-4 to keep the monument in the existing location with interpretive signs and plaques to provide context about the role Black soldiers stationed on St. Simons Island played during the American Civil War.

The recommendation, which was not binding, was rejected in November 2020 by commissioners, who voted 4-1 to remove the monument.

Later that month, a civil complaint to keep the Confederate Veterans Memorial in its current location was filed by Bennie Williams, commander of the local Camp of the Sons of Confederate Veterans. He said the soldier at the top of the monument has the rank of private, which symbolizes the men who sacrificed the most during the war.

A judge in August, however, ruled an injury must be “actual and imminent, not conjectural or hypothetical,” clearing the way for its removal.