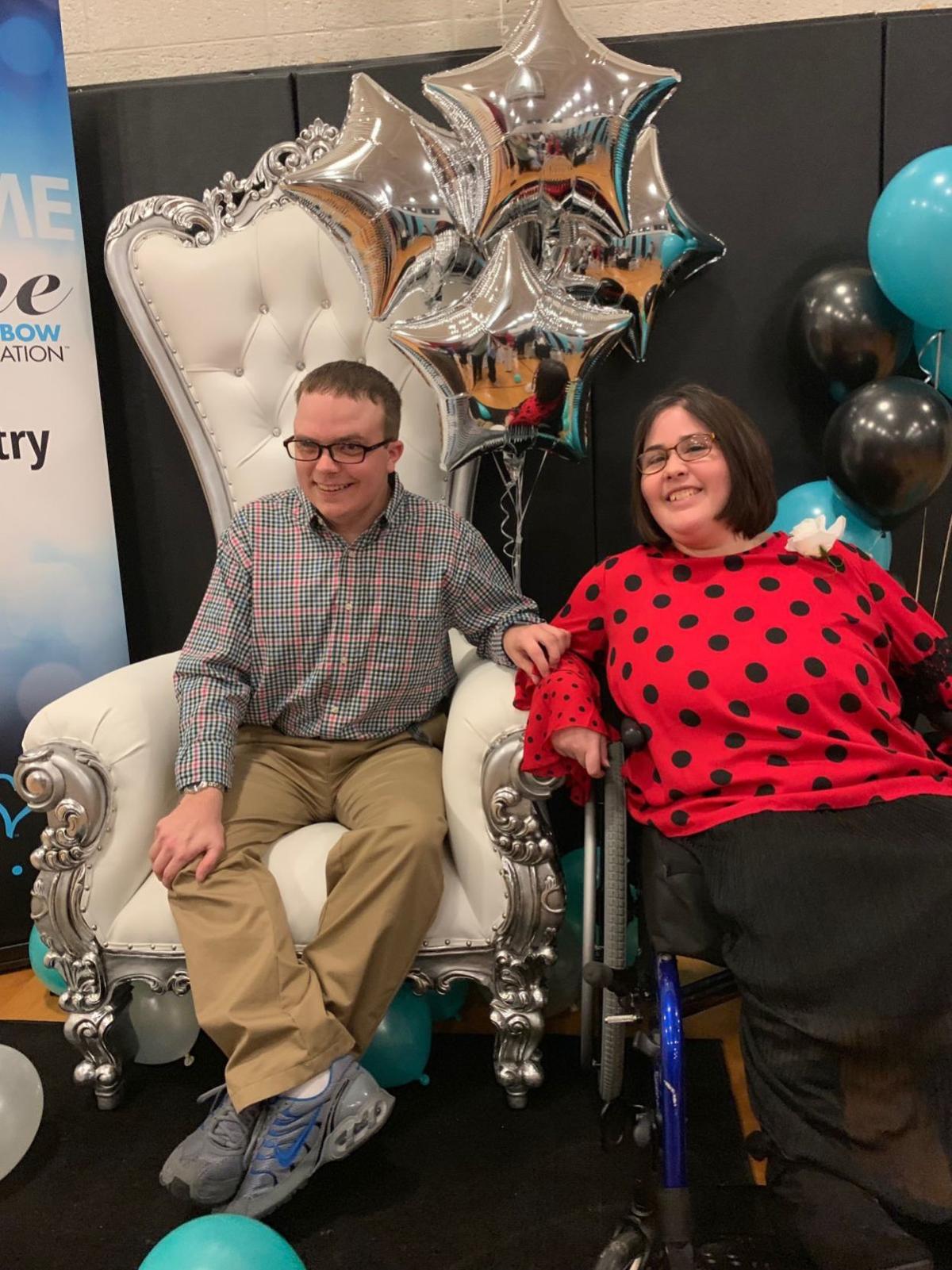 Two SOAR members are pictured above during the second annual Night to Shine prom, hosted by Gilead Ministry on Feb. 7. Night to Shine is a nationwide program that sponsors prom events for people with special needs. 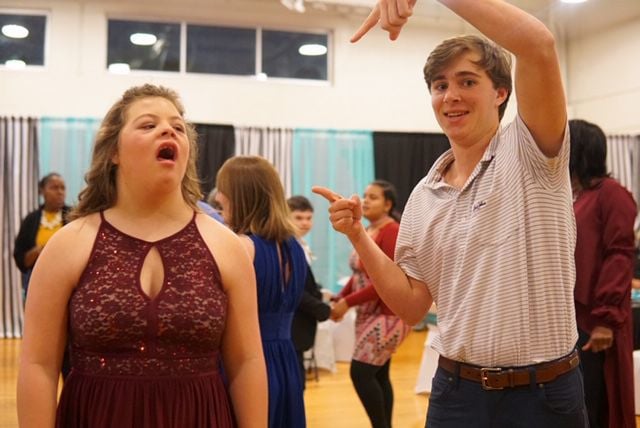 Gilead Ministry in Brunswick hosted the second annual Night to Shine event in Glynn County on Feb. 7. Night to Shine is a nationwide program that sponsors prom events for people with special needs.

Two SOAR members are pictured above during the second annual Night to Shine prom, hosted by Gilead Ministry on Feb. 7. Night to Shine is a nationwide program that sponsors prom events for people with special needs.

Gilead Ministry in Brunswick hosted the second annual Night to Shine event in Glynn County on Feb. 7. Night to Shine is a nationwide program that sponsors prom events for people with special needs.

The second annual Night to Shine in Glynn County celebrated attendees last week and created a fabulous evening for local youth, their parents and volunteers.

Gilead Ministry in Brunswick was among nearly 500 churches around the world that hosted Night to Shine events on Feb. 7. Night to Shine, a program sponsored by the Tim Tebow Foundation, creates prom events for people with special needs ages 14 and up.

Around 100 attendees came to the prom, and more than 100 community volunteers helped make the event happen.

“It’s just a very magical moment for the kids, because they frequently are not included and they don’t get those moments in high school,” said Laura Wallen, special education coordinator for Glynn County Schools and a volunteer at the event.

The prom featured a red carpet walk for the participants, who were cheered on by volunteers as they entered the event. Guests also had the chance to get dolled up at hair and makeup stations and shoe shining areas. Limousine rides were offered during the event.

Corsages and boutonnieres were provided, along with a catered diner, karaoke and prom favors.

“This community has really pulled together to help with our Night to Shine in Brunswick,” said Bishop Kendall Shaw, pastor of Gilead Ministry, in a press release before the event. “Chic-fil-A on St. Simons and Fox’s Pizza is providing some food for the event, Hello GoodBuy Thrift store has supplied many of the evening gowns, tuxes and suits for the attendees … The whole community has pitched in.”

The prom attendees, who were partnered with their peers, called “buddies,” enjoyed themselves on a decorated dance floor before each was called up to be crowned king or queen.

Allie Pinson, a coordinator for SOAR, a nonprofit that offers programming for adults with developmental disabilities, said the members had been excitedly anticipating the Night to Shine for months. Pinson led a dance workshop with SOAR’s health and wellness program a couple of days before the prom, and she said SOAR’s member had a wonderful time during the event.

“It was a really special night for our participating 40 members to get dressed up and be able to dance and look forward to it and be there with all their friends,” she said.

Night to Shine launched globally in 2015. That year, 44 churches hosted proms, and 15,000 volunteers made the event possible for 7,000 prom attendees.

The program came to Glynn County in 2019, and worldwide 537 host churches and 175,000 volunteers participated that year. More than 90,000 special needs youth were celebrated.

Hank Yeargan, who serves on the Glynn County Board of Education, said he and his wife Rachel were able to drop their two sons off at the prom and then enjoy an evening together knowing their sons were safe and having fun.

“That is one of the few nights that we have for date night,” Yeargan said. “Our boys are well taken care of, and they had a great time.”

He applauded the many volunteers and sponsors who made the event possible.

“What I’ve got to give is credit to all the volunteers that are involved,” Yeargan said. “Last year was overwhelming, and this year exceeded any expectations, and it grows and grows every year.”

A room for parents and caregivers was set up at the prom as well, Pinson said.

“That was really nice for parents to be able to go in there and socialize with each other,” she said.

It was a special night for all who attended, Pinson said.

“I think it’s a wonderful opportunity that, nationwide, there’s this one night all these individuals are celebrated and given this chance to have their night to shine,” she said.