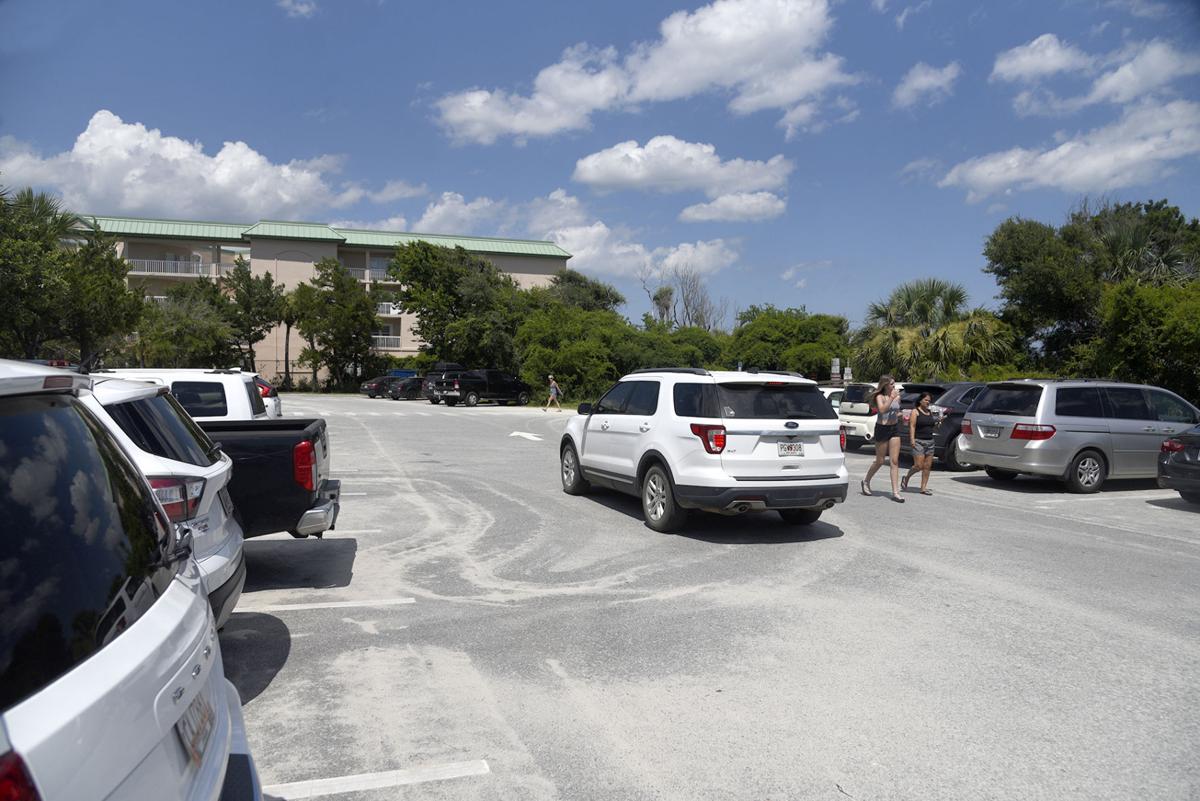 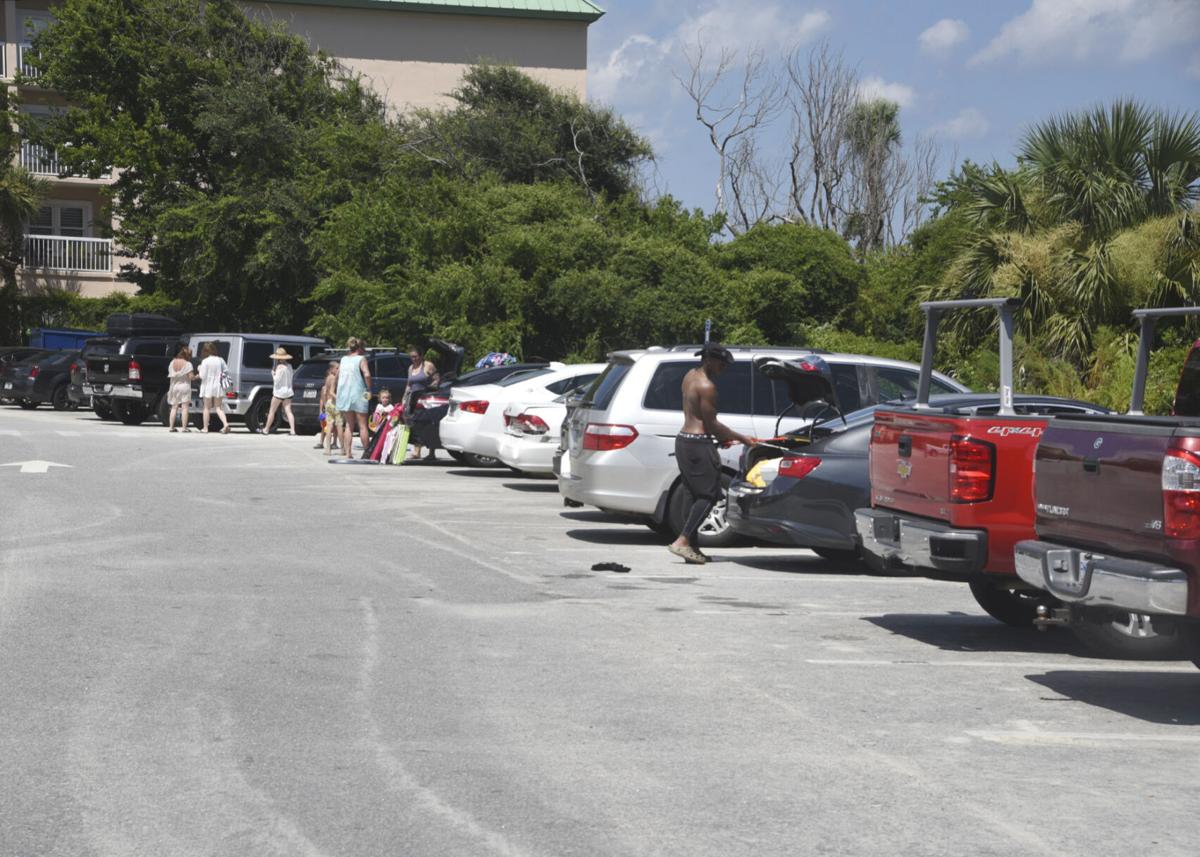 A majority of Glynn County commissioners are content to completely drop the subject of a beach parking fee on St. Simons Island for the foreseeable future.

“When I’m saying ‘foreseeable future,’ it’ll be years down the road before we discuss it again,” said Wayne Neal, commission chairman.

An investigation by the county Revenue Study Committee determined a $1-an-hour parking fee at the old Coast Guard station parking area and Massengale Park could raise over $300,000 annually if only tourists and visitors paid or $600,000 if everyone was charged. An extra $300,000 would have been more than enough to cover the ongoing maintenance and operations costs associated with a planned overhaul of the Coast Guard parking area and major expansion of the county’s lifeguard program.

Neal was once among those in favor of the fee but only if residents could be exempted. A court case on Tybee Island showed excluding residents would not be feasible, he said.

“I’m with the majority. Under the current set-up, it doesn’t make sense to do it,” Neal said.

One commissioner, David O’Quinn, played an active role in evaluating the impact of a parking fee. From the beginning, he knew it would be a lot of work.

“There are a lot of issues with the parking fee we’d have to work through, such as developing a parking ordinance for all of St. Simons, evaluating different locations,” O’Quinn said.

The issues the fee was meant to address aren’t going to go away, however. Glynn County will eventually have to figure out how to pay for more beach safety, upkeep on beach accesses and assets and cleaning the beach, he said.

Commissioner Cap Fendig, who represents St. Simons Island on the commission, was among those in the ‘no’ camp.

“Parking fees is a discussion that has not been formally taken up by the (commission) and the chairman’s comments echo feedback from his fellow commissioners,” Fendig said.

“There is a very erroneous perception that parking fees at the Coast Guard Park is part of the package in SPLOST, and it’s not,” Fendig said.

While he wouldn’t rule out the possibility of supporting park fees in the future, it’s not likely to be an objective anytime soon.

“I have always advocated from the very beginning that I’m against parking fees at beach parks because I grew up on the beach and I know that side streets would be filled with people parking legally and illegally on other beach access side streets and yards,” Fendig said.

On the other hand, Commissioner Bill Brunson felt a parking fee would be largely unobtrusive while providing a major benefit to the citizenry in terms of infrastructure, recreation and safety spending.

He also pointed out that Glynn County’s neighbor beaches to the north and south continue to be highly successful while charging parking fees.

But he was not comfortable charging a fee for use of the current parking area. It’s in poor shape, and any parking fee would have to come in conjunction with the implementation of the Coast Guard Beach Park Master Plan.

The plan, produced by a committee of stakeholders and businesses headed up by the Golden Isles Convention and Visitors Bureau and Coastal Georgia Historical Society, included paving the parking lot, optimizing parking and beautifying the area with landscaping and greenery. The bathhouse at the Coast Guard parking area also would be rebuilt.

Commissioner Walter Rafolski was not convinced the county needs all the improvements in the proposed master plan, aside from the paved parking and expanded bathhouse.

Before the COVID-19 pandemic reached Georgia, commissioners were presented with a proposal that included a large chunk of the construction costs coming from private contributions. With that proposal, Rafolski was on board, but he said it seems a bit much to ask taxpayers to put up the $4 million for which local groups had asked.

Find this story on thebrunswicknews.com to read the full list of projects.

Early voting in the SPLOST 2021 referendum is currently ongoing.

Voters will be able to cast their ballots from 8 a.m. to 5 p.m. Mondays through Fridays until March 12 at the Office Park Building at 1815 Gloucester St. in Brunswick; the Ballard Community Building at 30 Nimitz Drive; and on St. Simons Island at Glynn County Fire Station No. 2, 1929 Demere Road.

Voters can check their registration status or find their polling place by visiting glynncounty.org/elections. Absentee ballot requests can be submitted via ballotrequest.sos.ga.gov or the Glynn County Board of Elections office, 1815 Gloucester St. in Brunswick. The elections office can be reached at 912-554-7060.