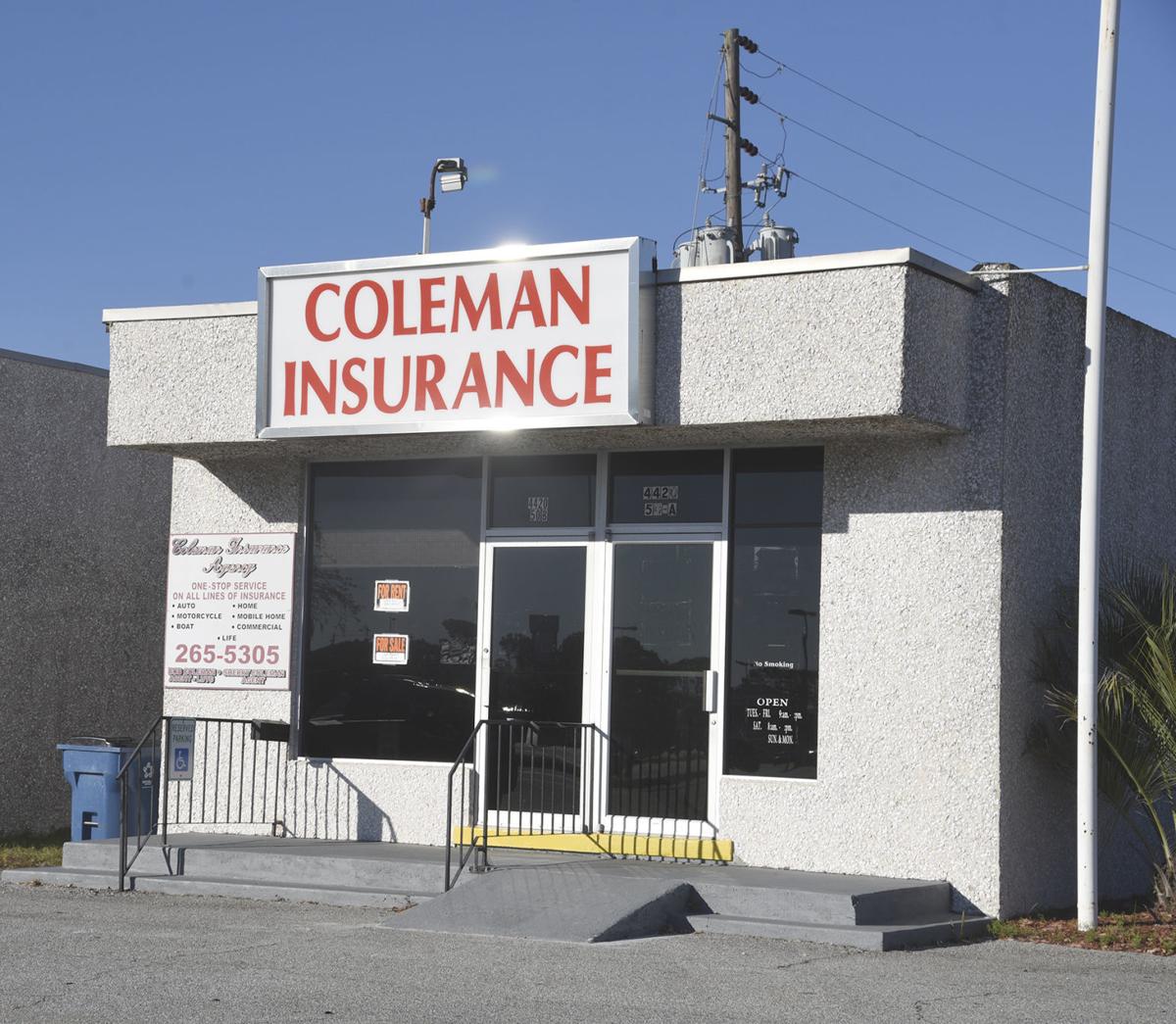 The front of the former Coleman Insurance Agency is shown in January. 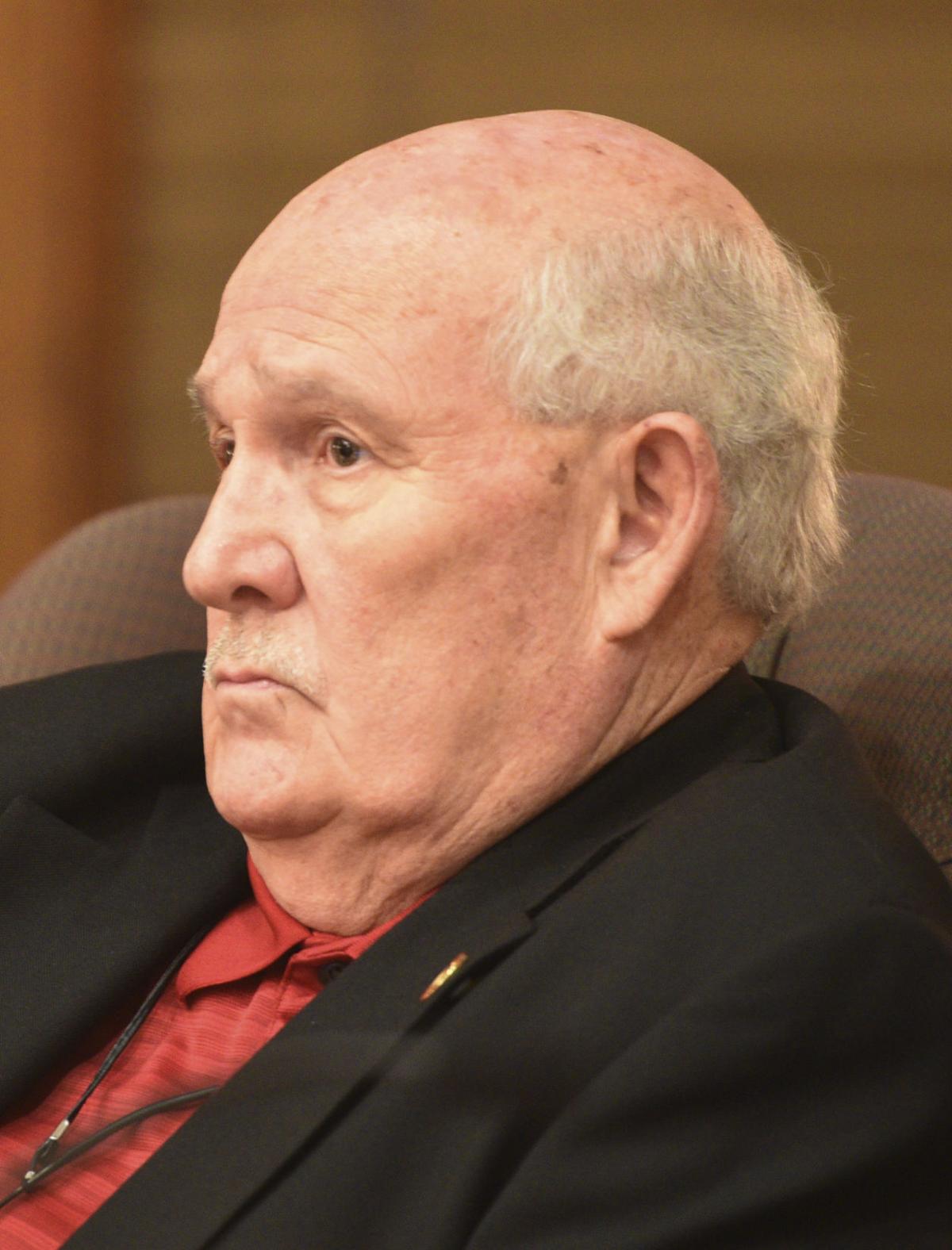 A jury in the criminal trial against former local insurance agent and Glynn County Commissioner Bob Coleman declared Coleman not guilty of all charges Friday.

A Glynn County grand jury handed down a six-count indictment against Coleman in June, charging him with two counts of insurance fraud and four of violating the Georgia Insurance Code’s reporting and disposition of premium requirement.

Visiting Superior Court Judge David Cavender dropped charges five and six due to a lack of evidence on Friday morning.

After roughly an hour and a half of deliberation, the jury returned its verdict Friday evening, finding Coleman not guilty of the remaining four counts.

Counts one through four dealt with allegations made by Robert Gary Jr., who claimed Coleman took three payments for homeowners insurance and pocketed the money.

The first charge was insurance fraud, as Gary claimed that Coleman took his money and failed to provide the service. Each payment Gary made that was not refunded was listed as a separate count for counts two through four.

On Wednesday, Gary testified that in July and August 2018 he gave a down payment on a homeowner’s insurance policy in three installments to Coleman Insurance, but never received the policy.

Much of Coleman’s defense relied on the claim that his wife, Sherry, handled a lot of the day-to-day business in the Coleman Insurance Agency office on Cypress Mill Road in Brunswick and that the last payment came in the day after he sold the business to Jeff Guest, another local insurance agent.

The facts were not in dispute — Gary did make the payments and, for whatever reason, his policy was never written.

Because Coleman was the one who took the payments, he had a responsibility to ensure Gary got his homeowners policy, according to prosecutors.

The last payment came after the business was sold, Coleman’s attorney Alan Tucker told the jury. At that point, Coleman could no longer write insurance policies in Brunswick due to a non-compete clause in the contract with Guest.

Tucker also stated that Sherry had been handling the account, and at the time she was working as an independent contractor for Guest during the transition.

Tucker shifted the blame onto her, stating that it was her responsibility as a contractor for Coleman Insurance’s new owner with knowledge of the account.

As for the money, Tucker presented bank records showing that money had been deposited into the agency’s business accounts either the day of or after Gary made his payments.

The numbers did not match up, but each deposit was a larger sum than Gary’s payments. He also stated that the money is still in the account and not pocketed by the Colemans.

Despite the discrepancy, the jury found him not guilty of all four charges.

Counts five and six came from allegations made by Daniel Wilson, owner of Mac’s Bar-be-que in Sterling.

The indictment alleged that Bob Coleman took a check for workers’ compensation insurance but did not procure said coverage and instead pocketed the money.

Wilson testified earlier in the week that he’d called both Bob Coleman and his wife, Sherry, to the restaurant in 2017 to discuss workers’ compensation insurance.

The conversation shifted to general liability insurance, which Wilson also needed as a condition of his lease.

When Bob Coleman presented him with the paperwork for a commercial package policy, he assumed it included both general liability insurance and workers’ comp, and labored for more than a year under that misapprehension.

When presented with an email sent from Coleman Insurance to his business email address asking for additional information needed to secure a workers’ comp policy, Wilson said he had never seen the email and admitted that he rarely checked his email at all.

The defense showed that all the money Wilson paid to Coleman Insurance had gone to his general liability insurance policy.

Prosecutors made the case that, while Wilson had not ever filled out any paperwork for workers’ comp and acknowledged the email, Coleman understood what Wilson wanted and should have provided it.

By taking the check and only securing general liability, Coleman had committed fraud, they alleged.

Judge Cavender dismissed the two counts after prosecutors failed to provide enough evidence to pass the question to the jury, however.

“How about a double-capital amen,” Coleman said immediately following the jury’s verdict on Friday.

“It’s like I said from the beginning. I never stole any money in my life, and I’m not going to start now.”

Coleman’s defense attorney, Alan Tucker with Tucker & Browning Law, said he was grateful to the citizens of Glynn County.

“It was an honor to represent Commissioner Coleman,” Tucker said outside the courtroom. “The fact that we got a fair trial in Glynn County, with a jury from Glynn County, it speaks well for the state of our judicial system and the ability of high-profile defendants to get justice.”

A date has not been set for that trial.

In a heated discussion about prior acts evidence following jury selection, defense attorney …

Next cut will tackle shipwreck's engine room in the rear

The VB 10,000 crane vessel is gearing up to take another big bite from the rear end of the shipwrecked Golden Ray in the St. Simons Sound.