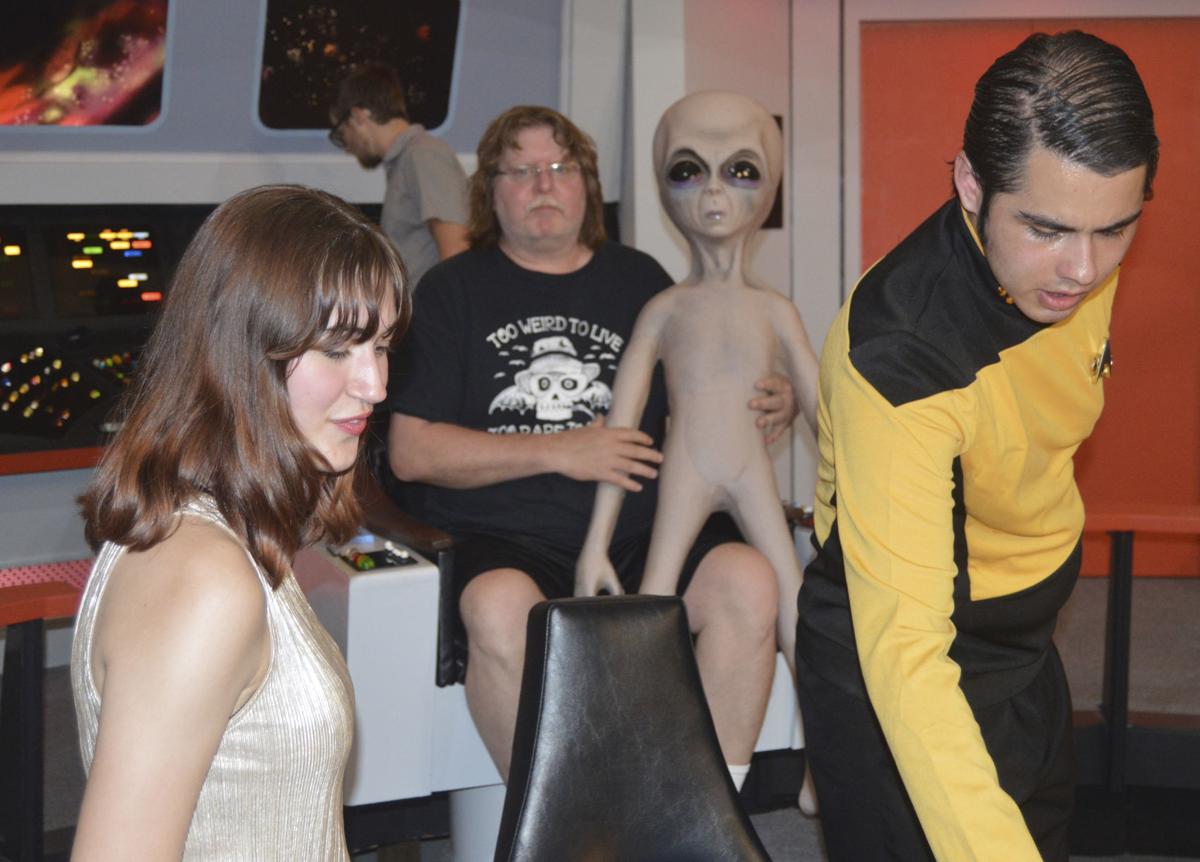 Fans check out the bridge on the set of Neutral Zone Studios in Kingsland, where several online Star Trek series have been filmed. The studio will be open for a fan appreciation event through Sunday. 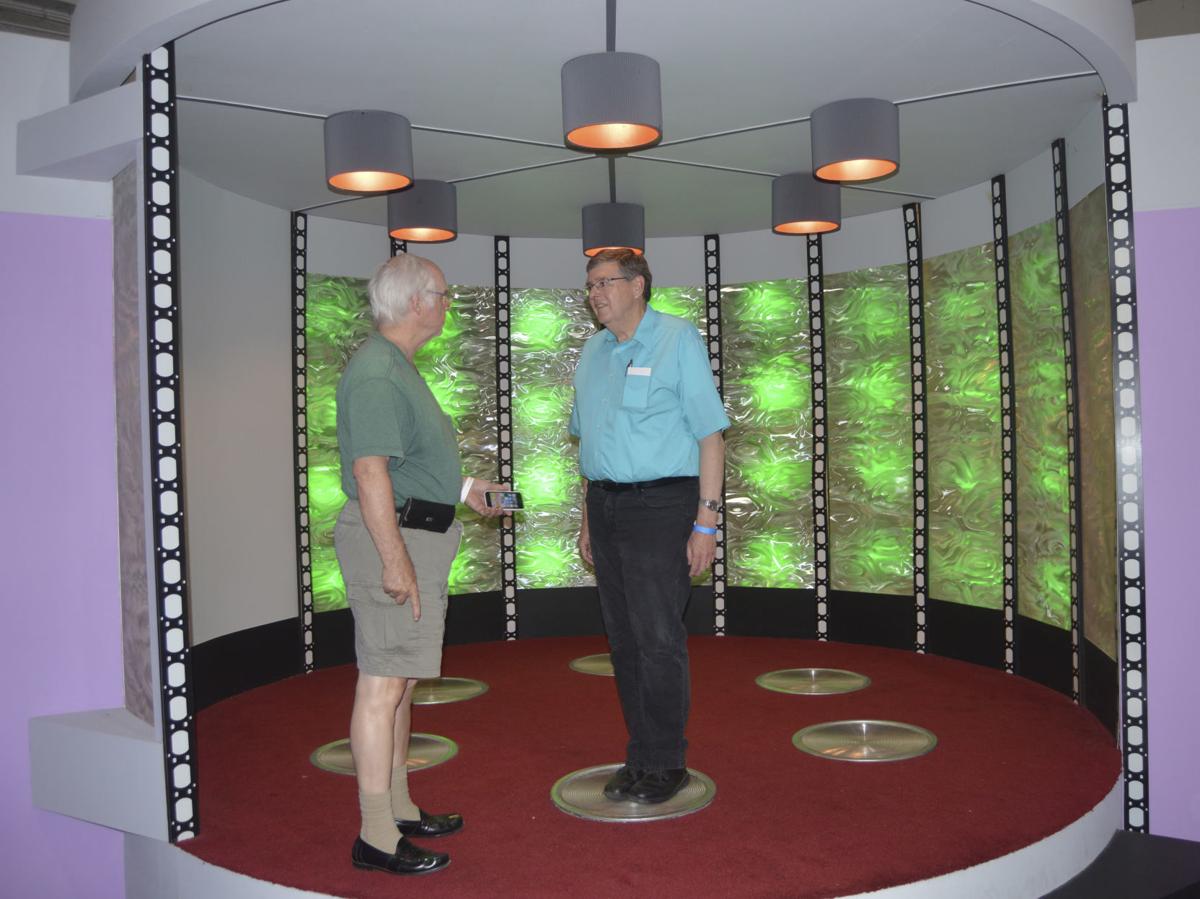 Fans stand in the transporter room from the set where online Star Trek episodes have been filmed.

Fans check out the bridge on the set of Neutral Zone Studios in Kingsland, where several online Star Trek series have been filmed. The studio will be open for a fan appreciation event through Sunday.

Fans stand in the transporter room from the set where online Star Trek episodes have been filmed.

The Golden Isles College and Career Academy is taking fans of the Dreadnought Dominion Star Trek fan films to places they’ve never been before.

Producers of the online Star Trek fan films have made the first eight episodes at Neutral Zone Studios in Kingsland, a 10,000-square-foot studio with exact replicas of the sets of the original TV series.

Despite the realistic sets, producers were limited with the many technological advances in filmmaking over the half century. They improvised by using a small green screen, but they were limited on the special effects they could add because of the screen’s size.

Today, things will change thanks to the recent completion of a green screen studio at the Golden Isles College and Career Academy.

Chris Surber, director of precision machining at the school, came up with the idea to convert a large, seldom-used studio into a green screen room, including the floor. It will enable producers to film scenes on alien planets, in space, or anywhere their imaginations take them, said Surber said.

What’s especially exciting is students will be playing an active role with the film crew during today’s scene. Students will get a sneak preview of the final result before the film is released, producers said.

Surber said students involved with the project by first visiting the studio. They left excited about their role in the production.

“They’ll get first-hand observation of a film crew doing their thing,” he said. “They’ll get a lot more experience than they get now.”

Randy Wrenn, co-producer and an actor in the films, said he is looking forward to filming a scene in the new studio because of what it will enable him to do with the special effects that will be added later.

“I’m looking forward to talking to the students,” he said. “We going to put them to work.”

Gary Davis, co-producer and actor in the film, said he will emphasize to students that movie making is a collaborative effort.

“Above all, they can offer opinions,” he said.

The scene will have actors walking in a winding path on the set during the scene. The alien background will be added later. Davis said the challenge for actors is to walk in a pattern that will enable the special effects to be added later.

Actor John Wes Louis said he was excited to play his first role in the Dreadnought films. The studio’s sets bring him back to his childhood, Louis said. He plays the role of a villain in the film, which Louis said was something he normally doesn’t do.

Louis said he hopes students helping with the project get inspired to pursue a career in film, either in front of the camera or behind the scenes.

“I’m always fascinated with the cameras,” he said. “Once they see the finished product, they’ll be impressed.”

Wrenn said he plans to film more scenes for the Dreadnought films at the school’s studio in the future. Surber said the goal is to see the studio used often for projects by local filmmakers.

“We can let anyone who needs a green screen studio use it,” he said. “You can put anything on it you want.”