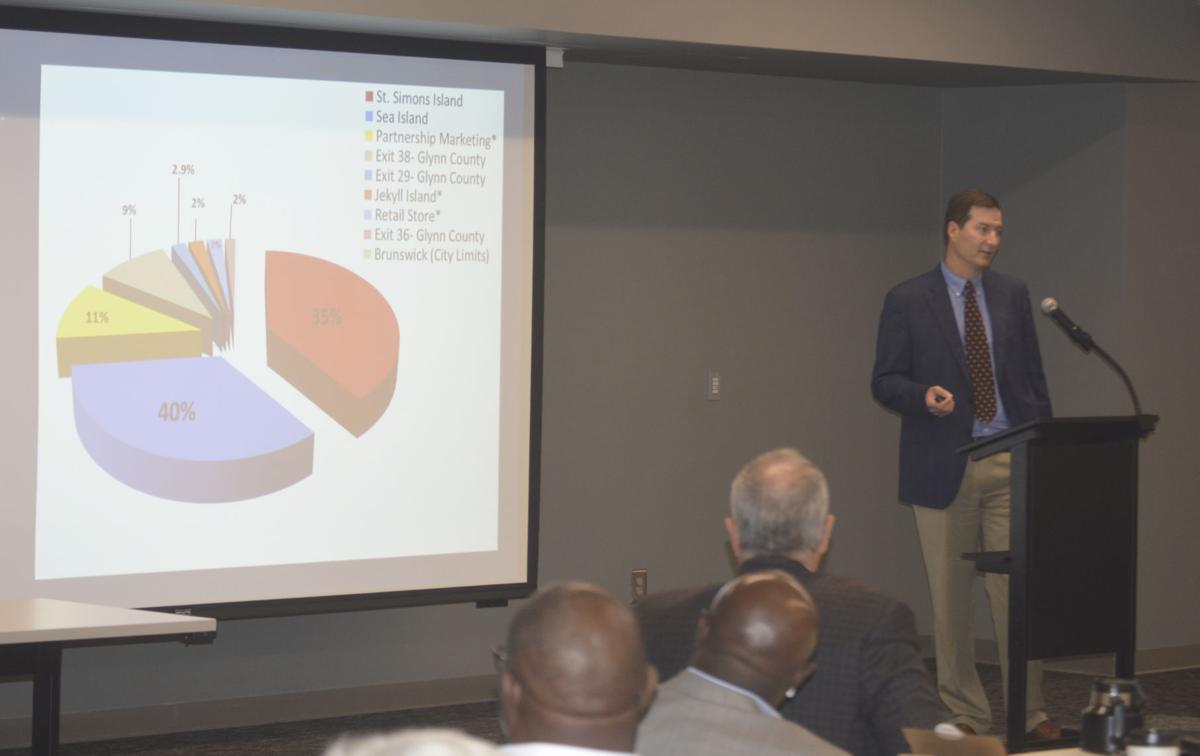 Scott McQuade, president and CEO of the Golden Isles Convention and Visitors Bureau, explains where the bed tax is generated in Glynn County at a Unified Breakfast Wednesday at the Brunswick library. 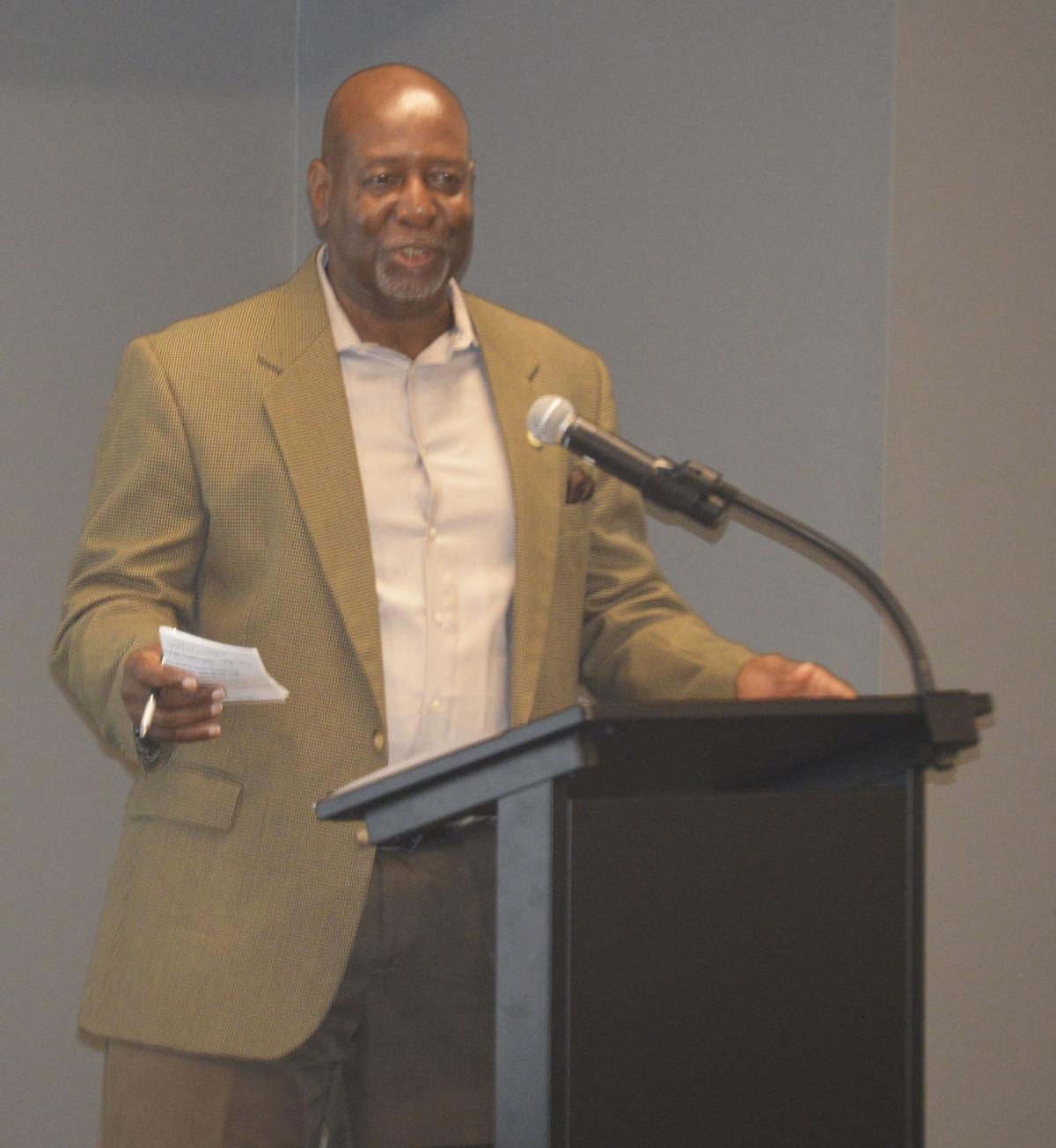 Brunswick Mayor Cornell Harvey discusses public safety Wednesday in a meeting at the Brunswick library in advance of the upcoming Ahmaud Arbery trial.

Scott McQuade, president and CEO of the Golden Isles Convention and Visitors Bureau, explains where the bed tax is generated in Glynn County at a Unified Breakfast Wednesday at the Brunswick library.

Brunswick Mayor Cornell Harvey discusses public safety Wednesday in a meeting at the Brunswick library in advance of the upcoming Ahmaud Arbery trial.

Public safety in the Golden Isles will be the priority when the Ahmaud Arbery trial begins.

Brunswick Mayor Cornell Harvey and Glynn County Commission Chairman Wayne Neal said the city and county are going to ensure the crowds that are expected for the trial remain orderly.

“Public safety is always paramount,” Harvey said. “We don’t want people to tear up our area.”

Neal said he expects a “tremendous amount of visitors” for the trial and they have the right to voice their opinions peacefully.

“As we move through this trial, there will be some good things and bad things,” he said. “Our team is prepared for every eventuality. We have resources from around the state and surrounding states. Glynn County is prepared to do the best of our ability.”

Participants in the unified breakfast included city and county officials, as well as representatives from the city and county development authorities, the convention and visitors bureau and the Golden Isles Chamber of Commerce.

Harvey and Neal acknowledged that city and county relationships are continuing to improve.

“We share ideas about the vision for our future,” Neal said.

A consultant is helping to manage the county while the search for a permanent county manager continues. Neal said an interim county manager will soon be coming on board, but he was not prepared to disclose the identify of the individual.

“He has a tremendous amount of experience,” he said.

Mathew Hill, director of the Brunswick Downtown Development Authority, gave a summary of how the city fared during the past fiscal year. He said 50 new businesses started — an all-time high — and 36 new residential units opened downtown.

Tourism last year generated $11.4 million in bed tax for the county, with eight of the 12 months setting records. And those records may not last long. McQuade said July’s tourism numbers are 78% higher than the same month last year, and the August numbers are 22% ahead of last year.

McQuade credited the success to an aggressive marketing campaign.

The county has started enforcing the collection of bed taxes from rental homes, bringing in nearly $300,000 a month.

McQuade said there are a lot of mainland rentals that are not paying the bed tax.

“They are spread out across the entire county,” he said. “There is an opportunity for the city to have the same ordinance as the county.”

The outlook for the next six months remains positive, he said.

Ryan Moore, president and CEO of the Golden Isles Economic Development Authority, said the quarterly breakfasts are a great way to get all the county’s leadership in the same room at the same time.

The authority’s role is to remove barriers to growth. He said 15 new projects during the past fiscal year will invest $4 billion and generate 5,000 new jobs in the county.

Moore said there will be two announcements in November about business expansions.

“Industry knows this is a place to invest in infrastructure,” he said. “We want to make sure we’re there if there is an opportunity for growth.”