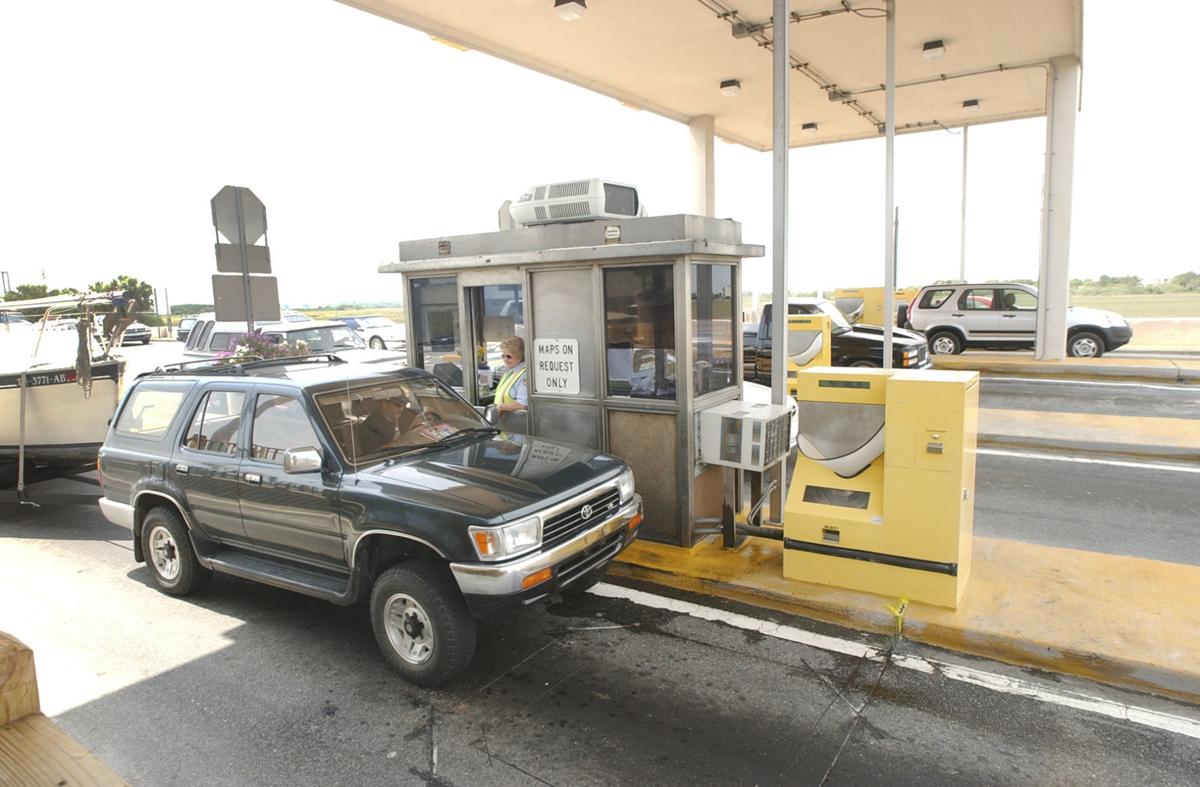 The F.J. Torras Causeway tollbooth is shown in 2002. Although the idea is only in its exploration phase, a new toll would not require a booth. 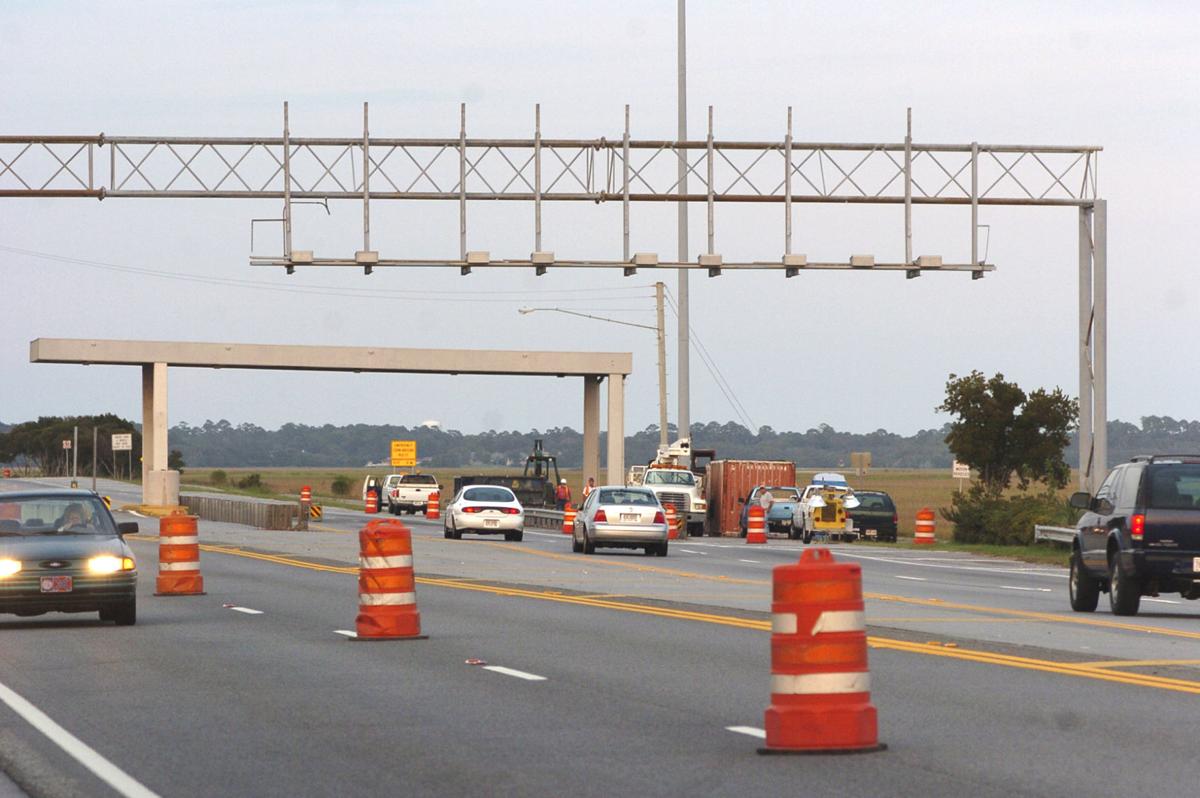 The F.J. Torras Causeway tollbooth is seen being torn down. 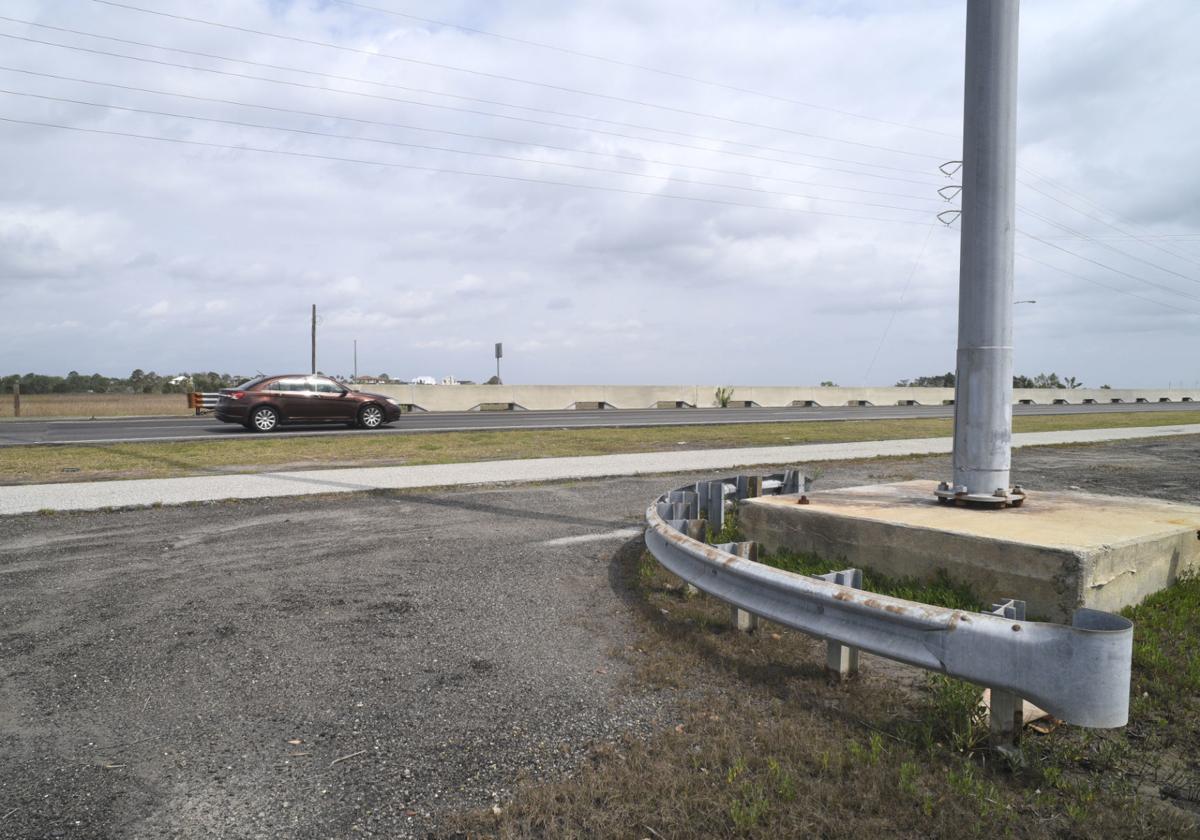 The site of the old F.J. Torras Causeway tollbooth is shown Tuesday.

The F.J. Torras Causeway tollbooth is shown in 2002. Although the idea is only in its exploration phase, a new toll would not require a booth.

The F.J. Torras Causeway tollbooth is seen being torn down.

The site of the old F.J. Torras Causeway tollbooth is shown Tuesday.

A potential toll on the F.J. Torras Causeway and discussion of a conference center project in downtown Brunswick was the focus of a joint meeting of the Glynn County and Brunswick City commissions Tuesday at the Harold Pate building in Brunswick.

Brunswick Mayor Cornell Harvey called for the meeting, which was attended by all members of both commissions.

The majority of the roughly 30-minute meeting centered on the possibility of tolling the F.J. Torras Causeway, which connects St. Simons Island to the mainland. The state-owned road had a 35-cent toll until 2003, and local officials are interested in the possibility of bringing a toll back.

County Commissioner Allen Booker initially raised the proposal after an informal discussion with Georgia Department of Transportation officials in Atlanta.

County Commissioner Peter Murphy was also present during the discussion, and characterized it as “entirely innocent” and “informational.”

At the joint meeting Tuesday, Booker said he was interested in the possibility of using toll revenue to fund future infrastructure projects.

“We’ve got to deal with infrastructure,” Booker said, adding that he was “not looking to raise the millage rate again,” which the county did last year to meet a budget shortfall.

Tuesday’s discussion of a toll was rather fluid, with members of both commissions raising more questions than answers.

County Commission Chairman Bill Brunson said the dialogue had “merits,” and cautioned the idea should be carefully considered before moving forward.

“We need to put people on it and get good info on it,” he said. “Then vote it up or down.”

Murphy said he saw a need for future improvements to the causeway, particularly if coastal flooding continues into the future. He also noted it was too early to start divvying up the “spoils” of any proposed toll.

The city and county should look at up-front costs for a toll and whether it would be profitable, advised Kathryn Downs, the county management analyst.

Particularly, commissioners were interested in learning if a toll would be feasible, how much it would cost, who would collect the money and how it would be spent. Downs had some preliminary answers for those questions, and had advised Brunson a toll was possible, that the state would need to be involved since its responsible for the causeway and that no physical toll booth would be needed. Instead, the toll could be collected through Georgia Peach Pass, an electronic collection system, and through license plate readers.

County staff will gather information about the possibility of implementing a toll and report back to the commissions at a future meeting.

On the topic of the proposed Oglethorpe Conference Center in downtown Brunswick, the mayor asked for a two-year extension on the project’s timeline, to which county commissioners were amenable.

The city and county in 2016 signed an agreement regarding the conference center’s completion, which set a deadline of April 2019. The project is to be completed using special-purpose, local-option sales taxes contributed by both the city and county. While the city is overseeing the project, the county has previously agreed to hand over a tract of land in the 1600 block of Newcastle Street for the center.

County Commissioner Richard Strickland brought up the possibility of a hotel being constructed adjacent to the center, and asked if the center would proceed even if a hotel ended up not being built. The mayor advised it would.

County commissioners largely stated they wanted to allow the city to manage the project, per their previous agreement, but Strickland did urge city officials to proceed judiciously.

“Do your due diligence,” he said. “Do that. I think I speak for the majority of this board.”

Members of both commissions expressed optimism about the two bodies meeting and discussing issues.

At another point in the meeting, Murphy said he was glad to see “continued, open adult discussion” about challenges and opportunities facing the Golden Isles.

For more than a decade the city and county have been planning a conference center in downtown Brunswick. This is a collection of all of our co…