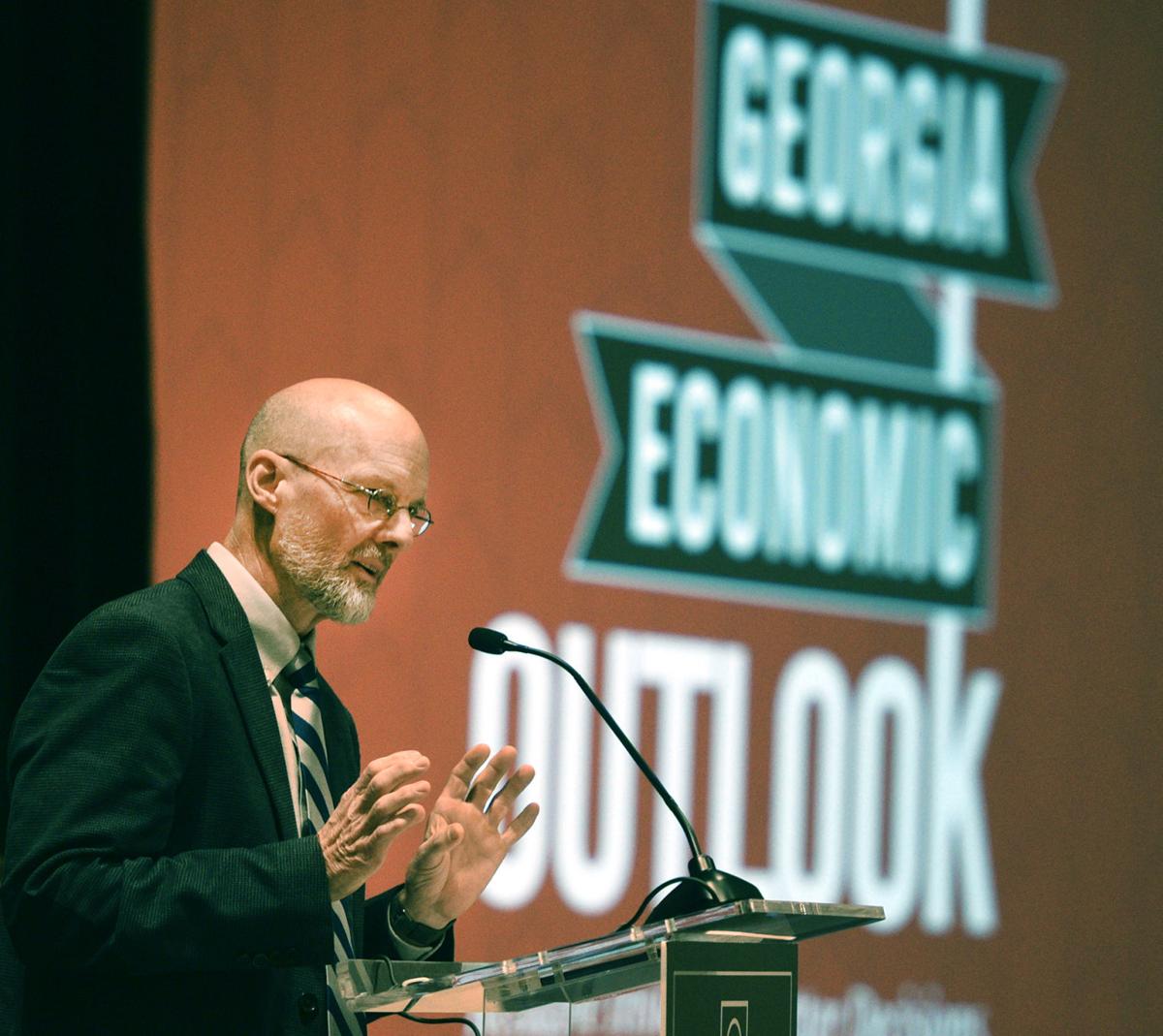 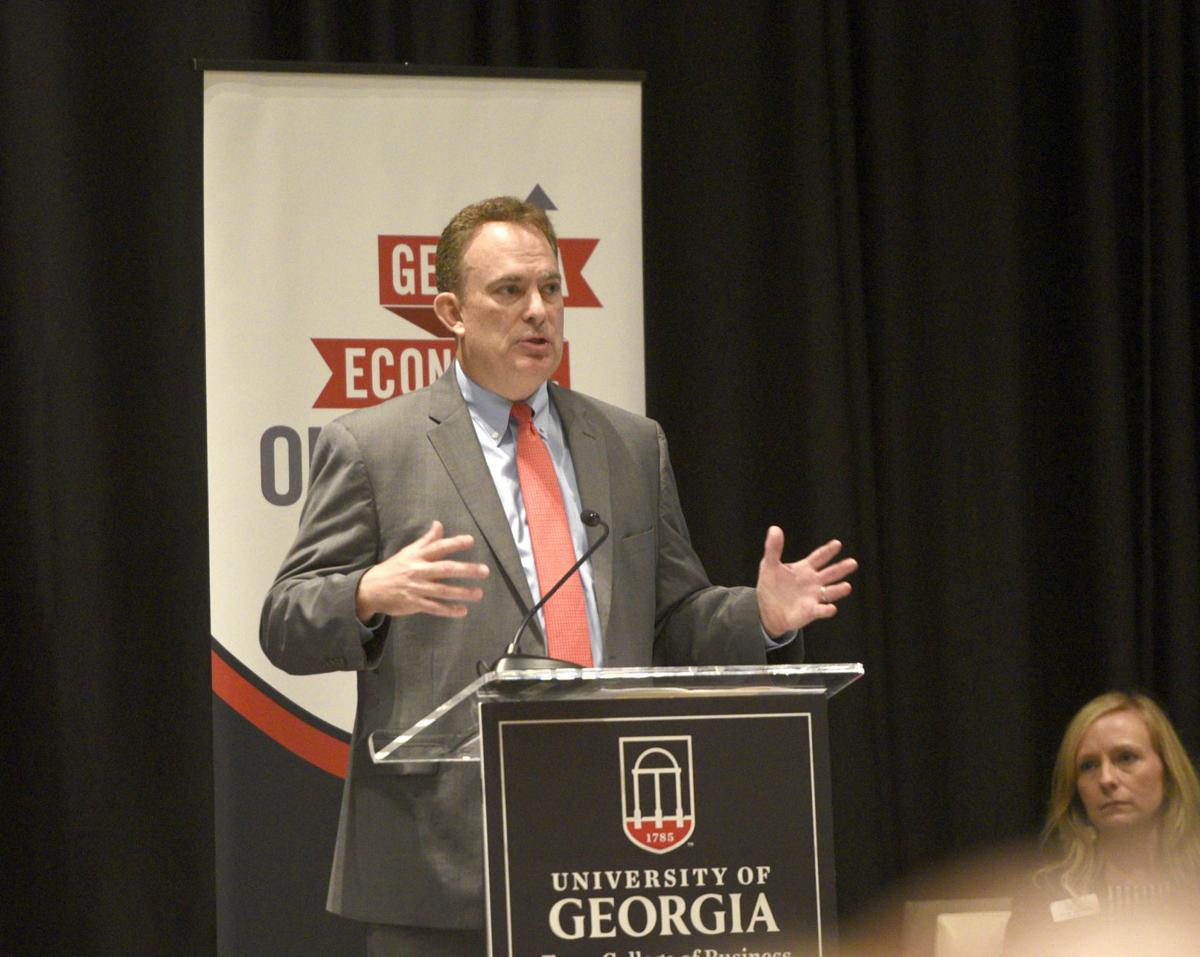 The economic outlook for 2020 is a “good news forecast,” according to the state forecast by Ben Ayers, dean of the University of Georgia Terry College of Business. Ayers was the keynote speaker Thursday at the Georgia Economic Outlook luncheon at the Jekyll Island Convention Center.

The good news is Georgia’s economy is expected to expand this year, though not as much as 2019. Geopolitical risks could slow down the state’s growth, however.

“We have a greater exposure to the trade war than the average state, especially in rural Georgia,” Ayers said. “At this point, we’re not expecting a recession.”

Unemployment in the state remains at historic lows, with the economy expected to grow 1.3 percent this year, with wages rising two percent, he said.

Education, health care, hospitality, and professional and business services are areas of the economy expected to grow this year in the state. Declines are expected in the agricultural and manufacturing sectors.

This year is expected to see a 5 percent increase in single-family home sales. Housing values are 20 percent above pre-recession prices in the state, but most of those gains are in urban areas. Homes in rural Georgia have only increased in value 4 percent during the same time period.

More new companies will move to Georgia, adding a 1 percent increase in the job market, but rural areas could struggle with a “minor recession,” Ayers said.

Despite trade and oil price tensions, Ayers expressed optimism about the upcoming year.

Don Mathews, a professor of economics at College of Coastal Georgia, also had a positive economic forecast for the region.

The region’s 2.7 percent unemployment rate is “truly extraordinary,” he said.

“We’re not the only local economy doing well, which makes it difficult to attract workers,” he said. “Each county is growing.”

The biggest industry in the region is in the hospitality and tourism sector, which has grown by 55 percent over the past decade, Mathews said.

Residential construction is down, but the region’s growth is not fueled by a housing boom.

Mathews said he is “bullish” on the economic prospects for the region.

“Economic growth for small counties does not come easy,” he said. “Downtown Brunswick is really starting to cook and it’s only the beginning.”

After two days of onsite coordinating in the St. Simons Sound, work could begin Saturday to drive the first support pilings for the environmental protection barrier that will surround the shipwrecked Golden Ray during its removal, according to Unified Command.

Taking a tour of the Ceylon tract in Camden County

An environmental group is concerned that more delays in the release of court records could open the door to oil exploration off the Georgia coast.

It’s take-two for House Bill 93, which received the unanimous vote of the state House Natural Resources Committee for the second consecutive year Thursday.