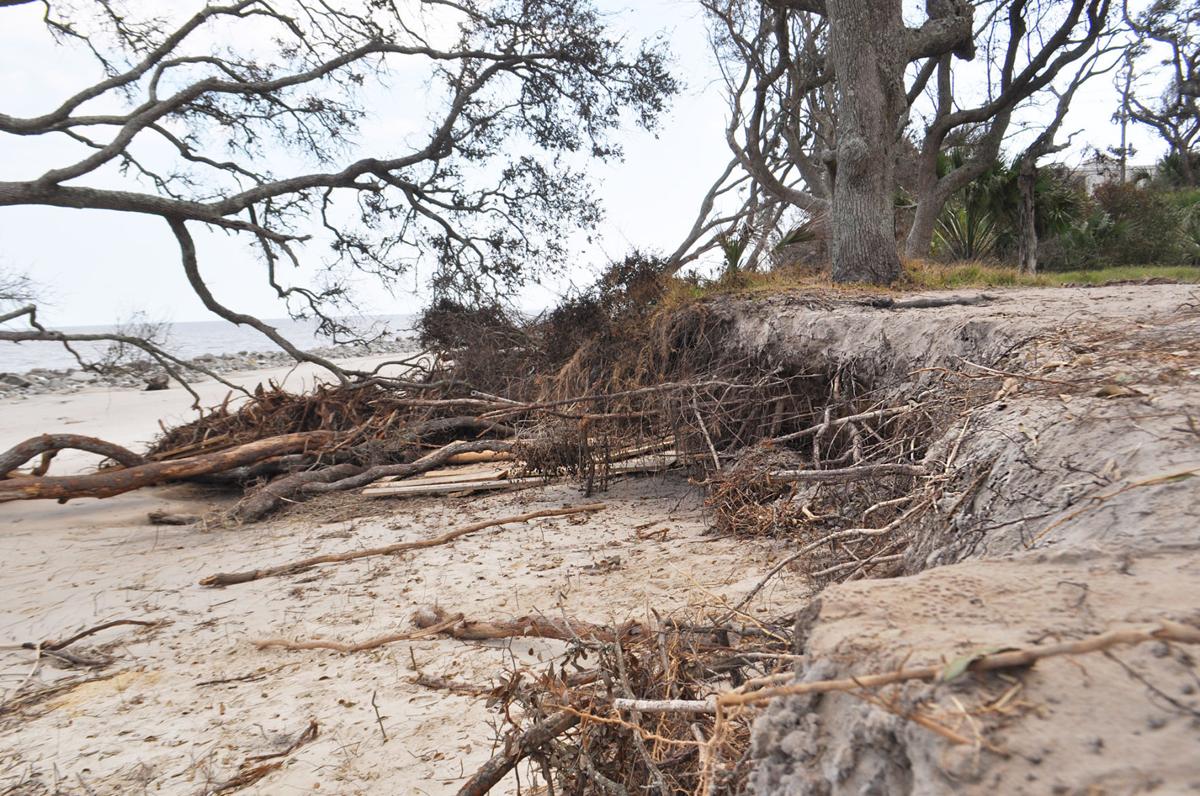 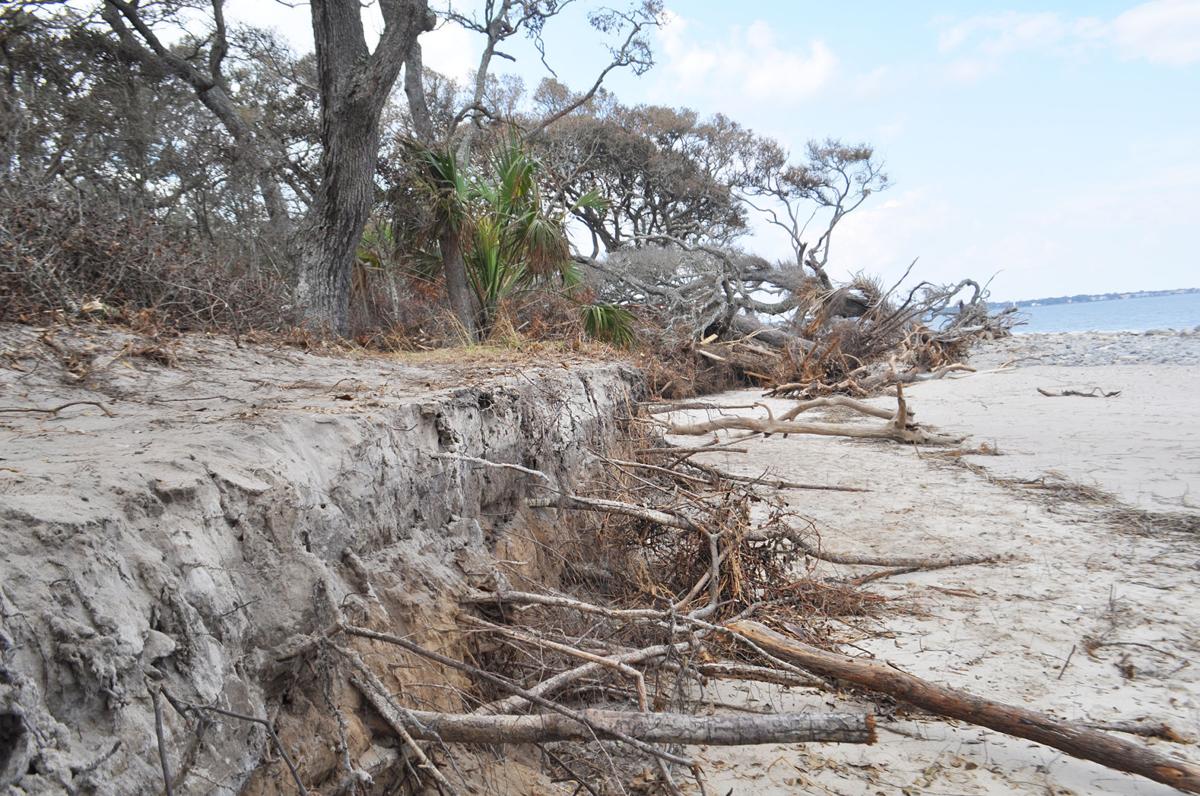 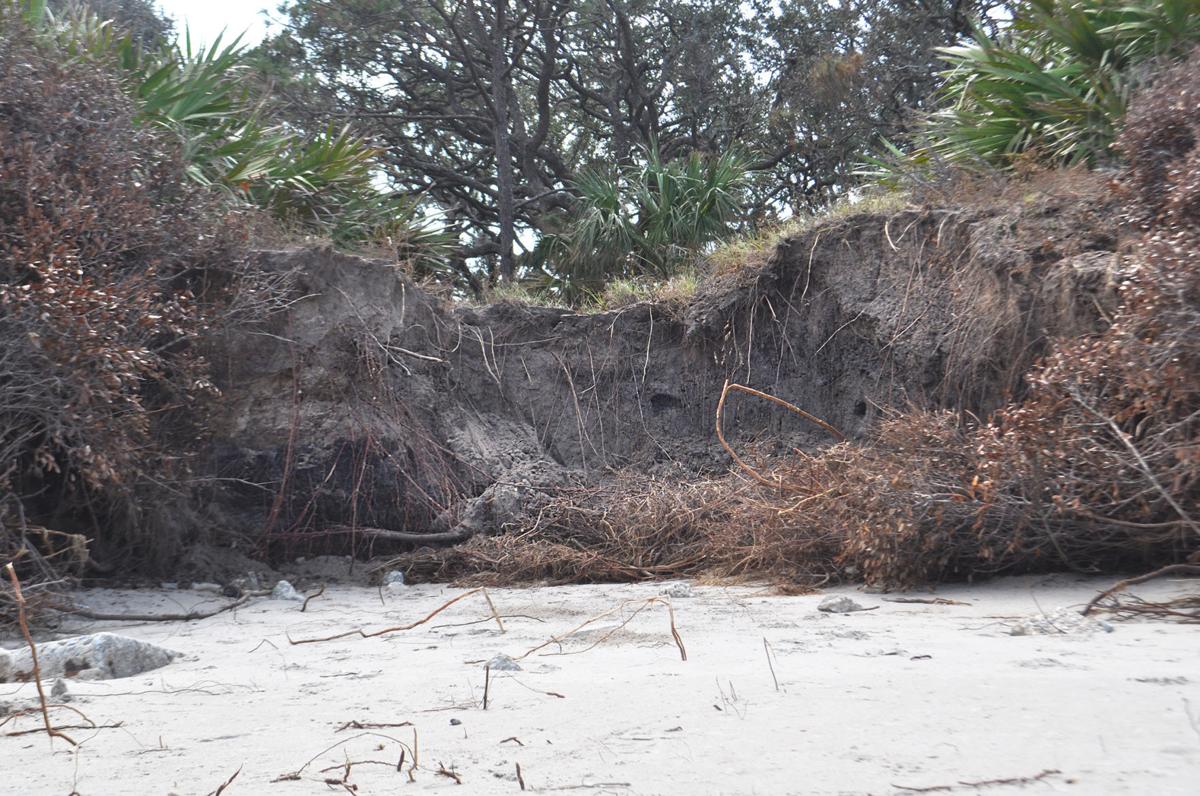 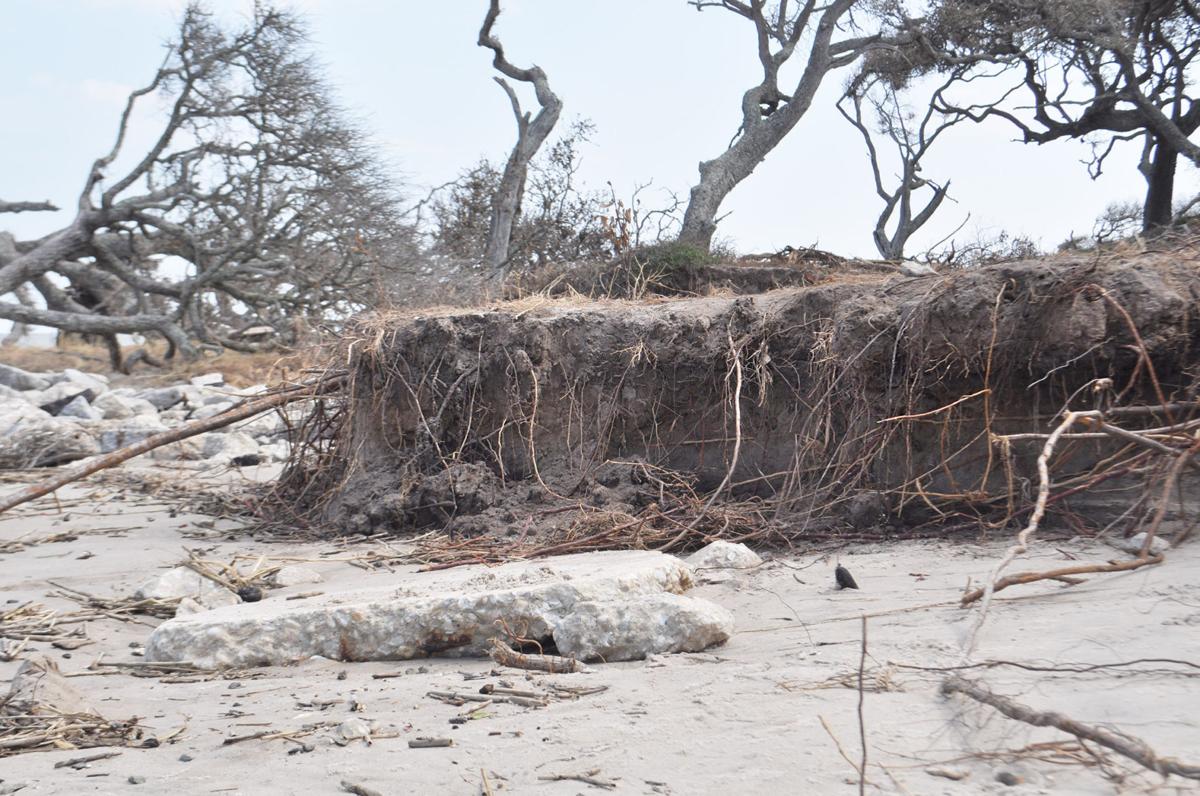 Exposed roots can be seen at  to Driftwood Beach on Jekyll Island, where Hurricane Irma caused severe erosion. 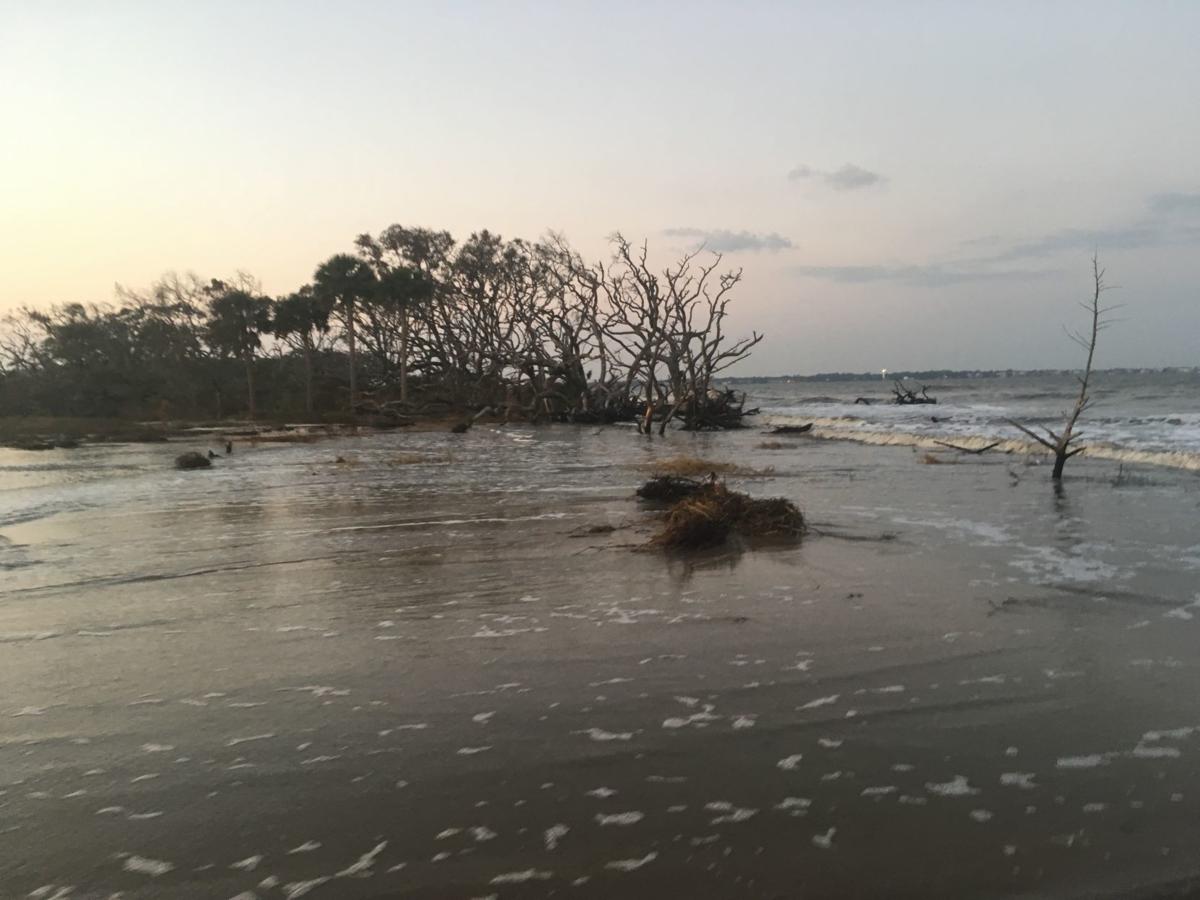 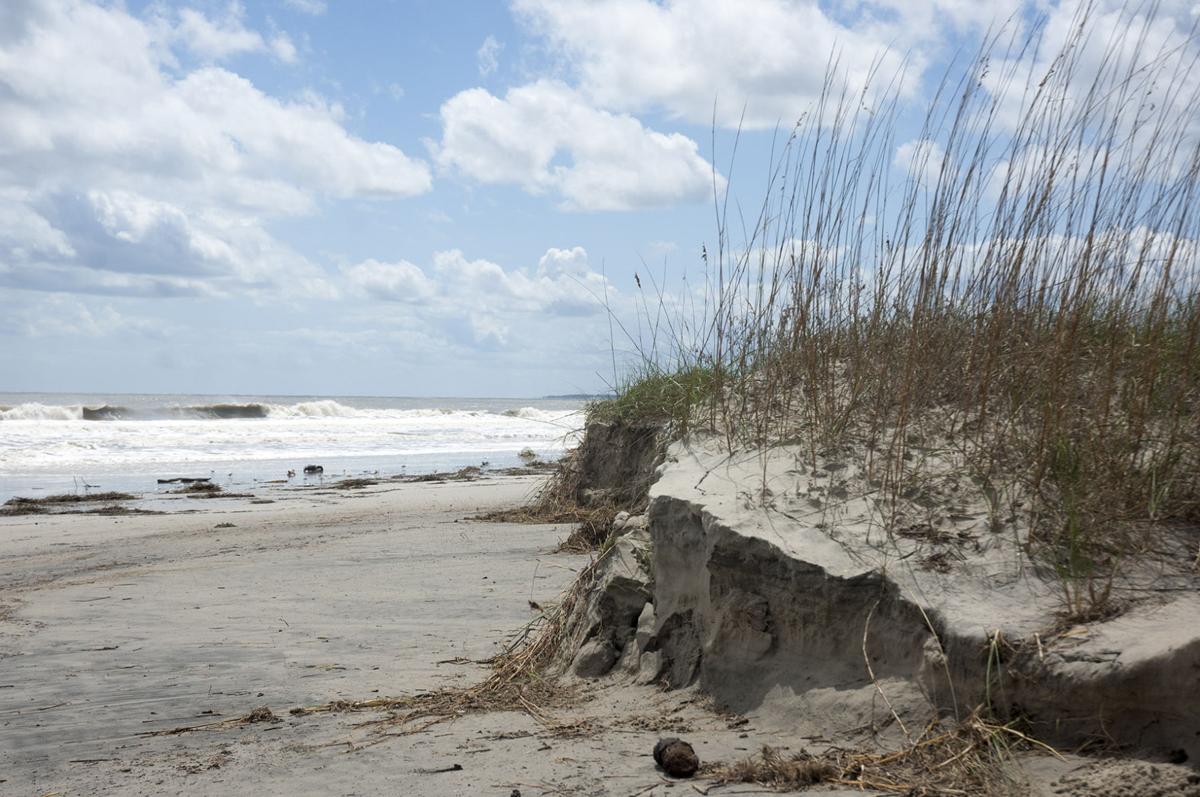 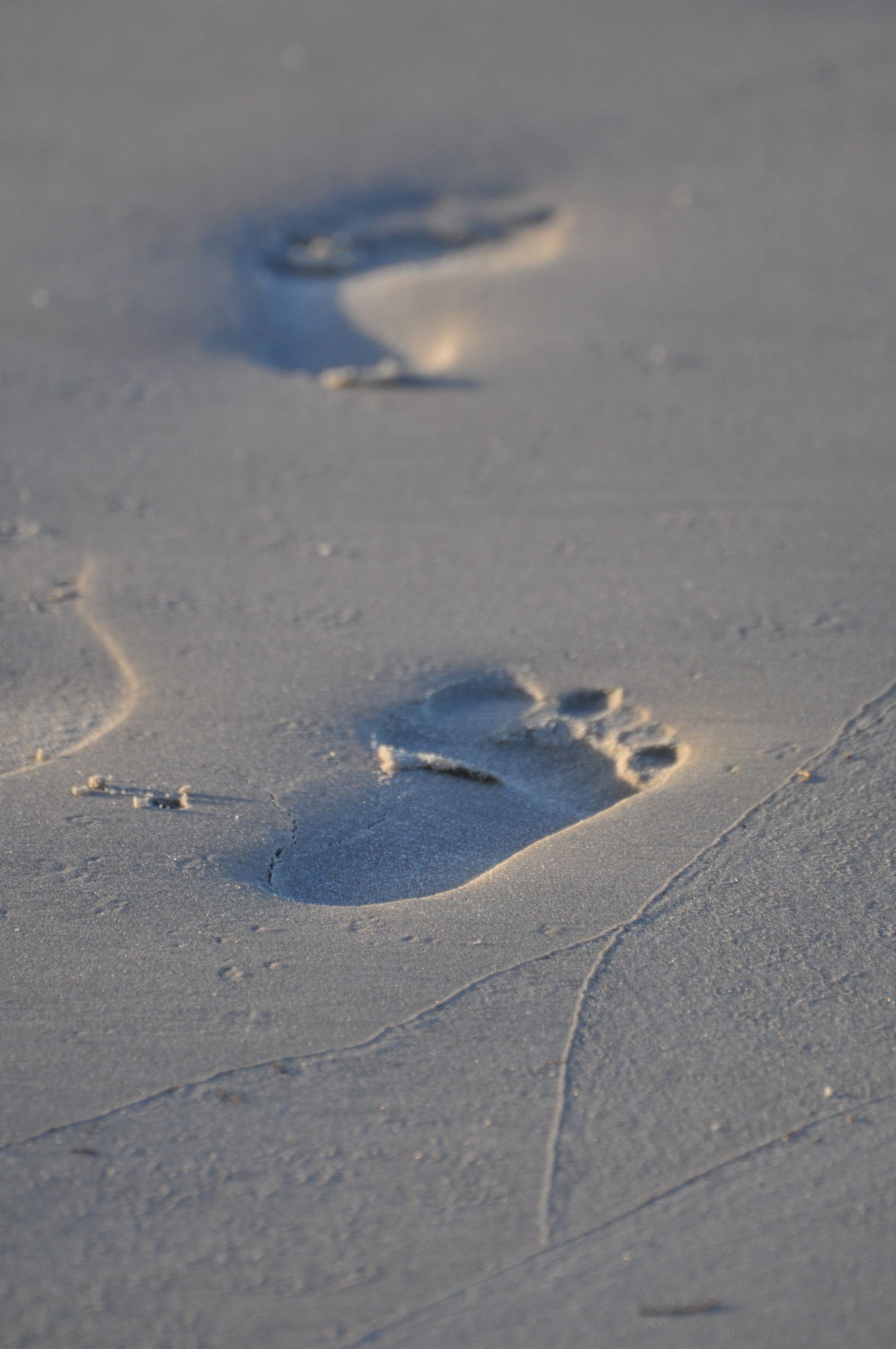 Footprints can be seen in the sand along Driftwood Beach on Jekyll Island.

Exposed roots can be seen at  to Driftwood Beach on Jekyll Island, where Hurricane Irma caused severe erosion.

Footprints can be seen in the sand along Driftwood Beach on Jekyll Island.

Like the oft-told tale of a person returning from the beach, sand is in some places it should not be around the Golden Isles, thanks to the effects of Hurricane Irma. The extent of where it went is presently under evaluation.

“There’s not a whole lot of pre-storm monitoring that’s been done in these counties, so it’s hard to tell — quantify — exactly, the extent,” said Karl Burgess, program manager for marsh and shore management with the state Department of Natural Resources. “But there’s definitely been some impacts — the dunes showed signs of erosion and access points, structural crossovers and those types of things have been impacted in many areas, and we’re working with both (the Jekyll Island Authority) and Glynn County to try to facilitate those needs.”

Post-hurricane imagery by the National Oceanic and Atmospheric Administration appears to show sand on the Sea Island Spit pushed back toward the marsh, while the contours of East Beach on St. Simons Island have changed a little as sand shifted down the beach.

“We’ve seen some isolated areas where there was sand that, because of the storm surge, were pushed up into upland areas,” Burgess said. “We’re working with the county to remove sand from areas like Myrtle Street and those type of things and those areas there. Also we’re getting reports — we’re seeing through some early assessments — of sand that was blown into private property area.”

According to a Jekyll Island Authority statement Monday afternoon, the Jekyll dunes held up for the most part.

“Driftwood Beach has definitely changed,” the statement said. “Many of the signature trees were stronger than Irma and remain, while many were moved toward the marsh or are gone. Some of the access paths to Driftwood are currently blocked. We’re working diligently to clear them and hope to have them open by next week.”

Meanwhile, DNR’s Coastal Resources Division, or CDR, moved resources to properly document Irma’s effects on the coast as timely as possible. As such, any permitting related to activities under the Coastal Marshlands Protection Act or the Shore Protection Act is temporarily postponed.

“Our staff will be working with public, commercial and government entities to facilitate a quick recovery from Hurricane Irma, but we need information about the extent of the damage,” CRD Director Spud Woodward said in a statement. “We want to focus our efforts on recovery; therefore, action on non-essential projects currently in the queue will be delayed.”

DNR opened a call center Monday to hear from the public on all manner of coastal issues, including “impacts to beach-front property, private docks, bank stabilizations, marinas, commercial docks or other structures within coastal waters, marshlands or along barrier island beaches,” and any questions regarding the CMPA and SPA. The call center can be reached at 912-264-7218, 8 a.m. to 4:30 p.m Monday through Friday.

Under an emergency order, people are allowed to move beach sand using hand tools back to an adjacent dune or beach, as long as it does not contain man-made debris. Any sand removal that needs large, mechanized equipment necessitates coordination with DNR.

CRD also asks the public to stay out of the ocean, citing debris, elevated bacteria levels and rip currents. Water quality testing for enterococcus bacteria is also unavailable. With so much business locally tied to beach tourism, putting those beaches out of action will likely have an effect.

Following Hurricane Matthew, one resort reported $200,000 in cancellations and refunds. Golden Isles Convention & Visitors Bureau President Scott McQuade told The News Monday that he expects the final evaluation to show Irma caused more damage, from which it will take longer for local businesses to recover.

Michelle Sligh envisions a Hollywood-like studio in Glynn County that will help meet the demand for movie makers in Georgia.