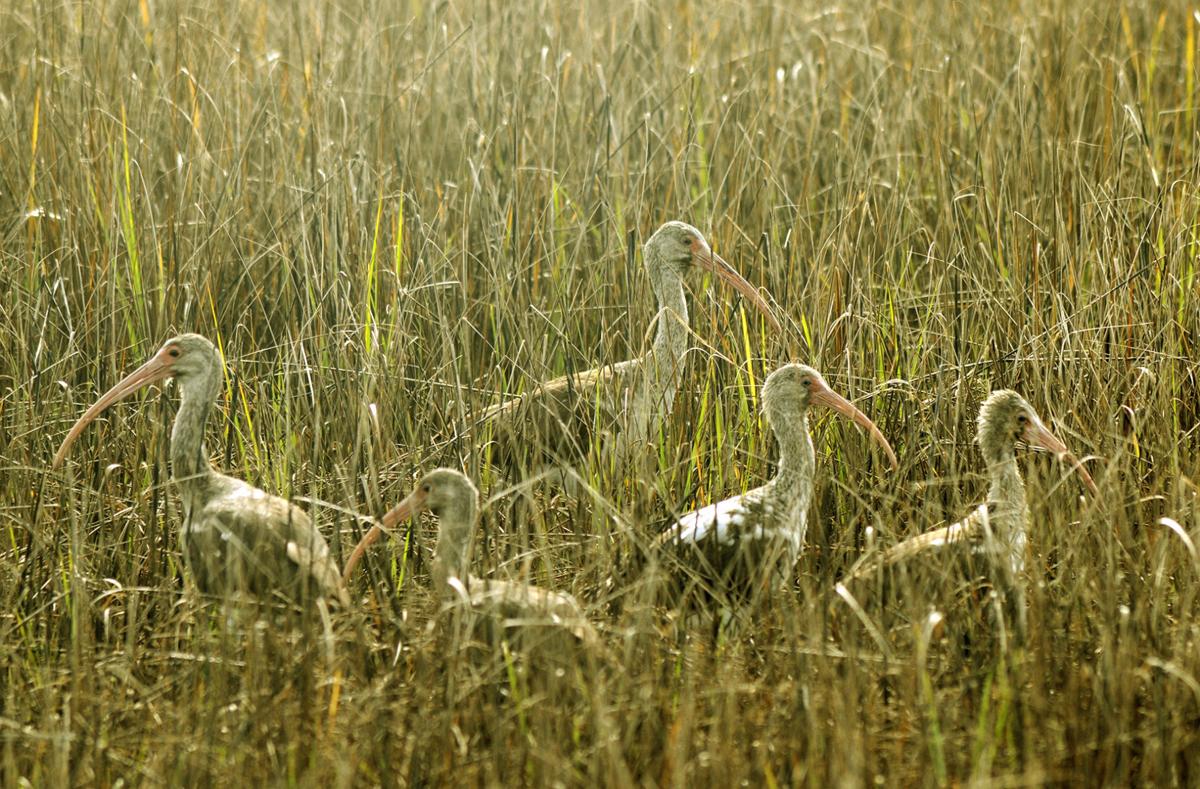 A group of Ibis feed in the marsh in Brunswick. 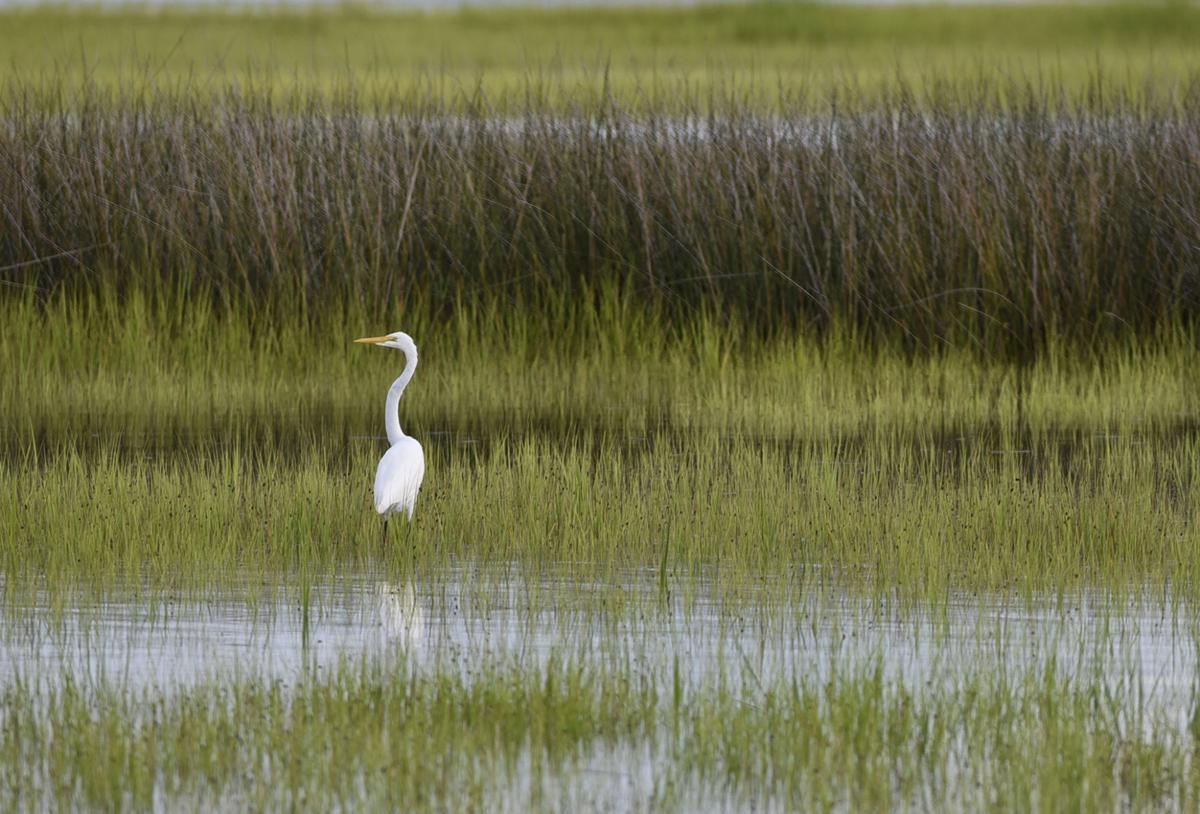 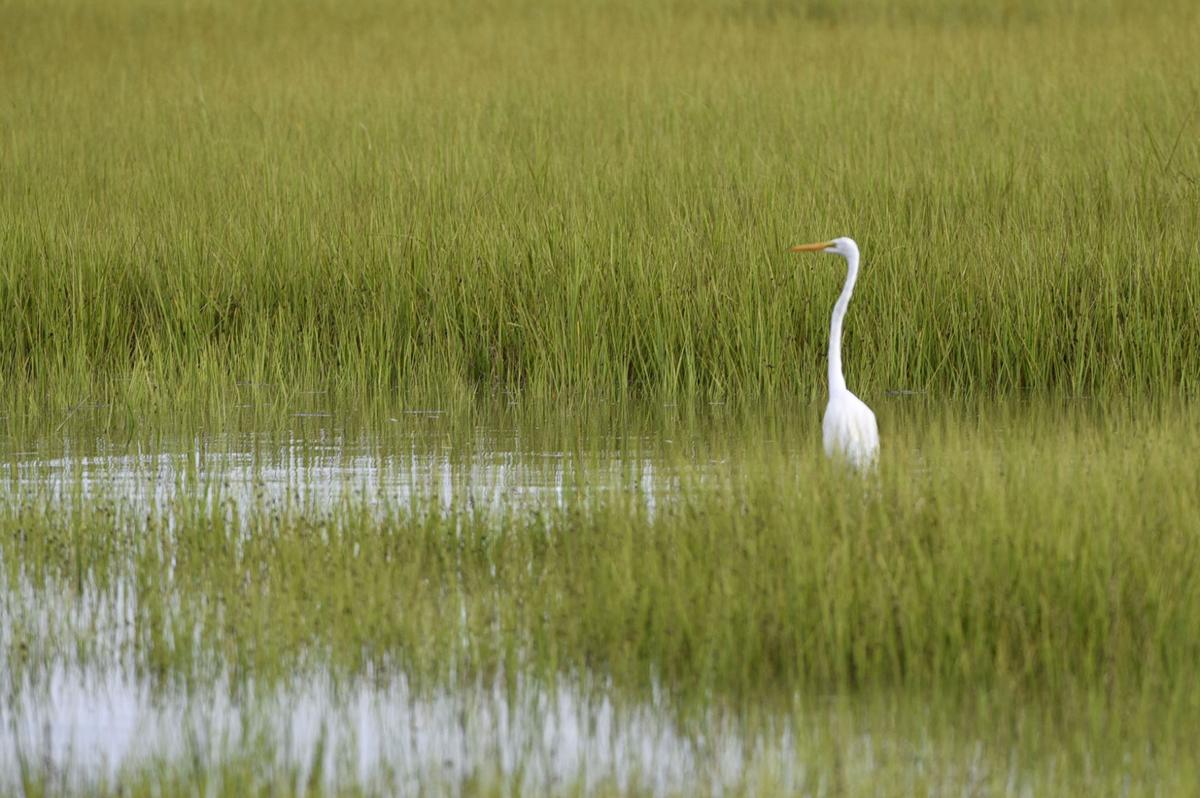 An egret feeds in the marsh in Brunswick. Developers, the Department of Natural Resources and the public tend to collaborate under the Coastal Marshland Protection Act to ensure progress does not unduly damage the environment. 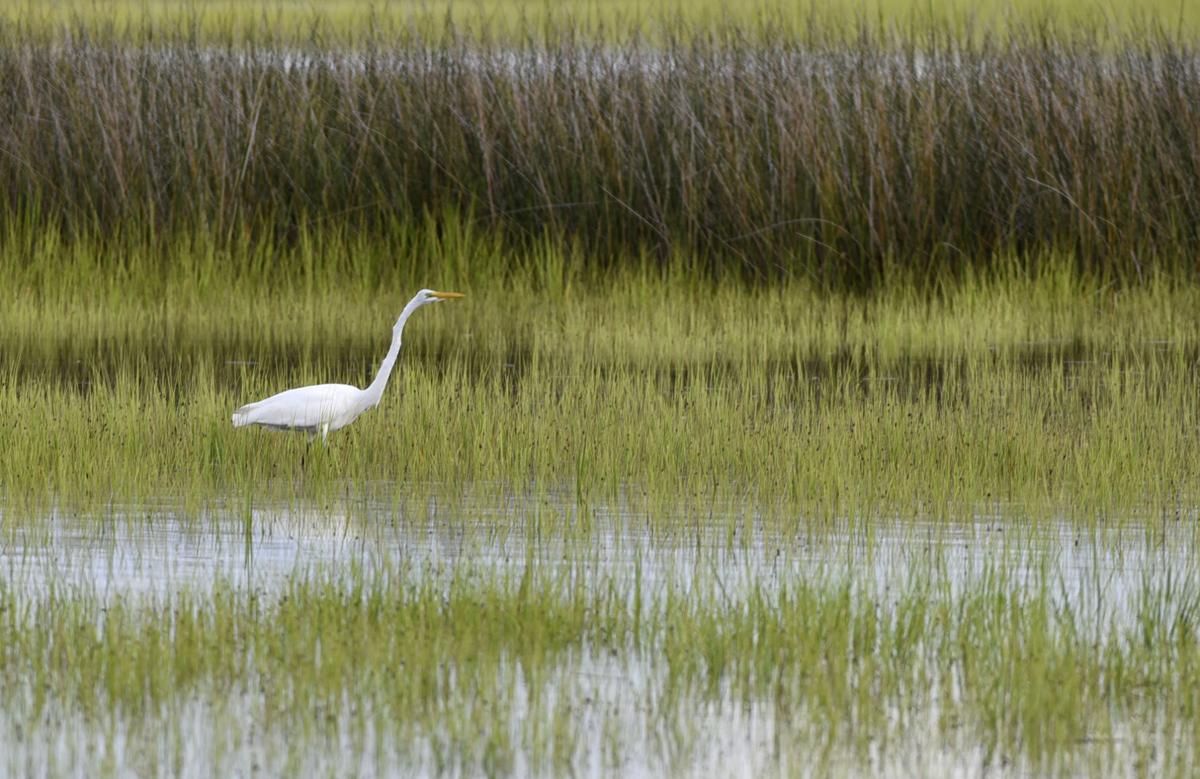 A group of Ibis feed in the marsh in Brunswick.

An egret feeds in the marsh in Brunswick. Developers, the Department of Natural Resources and the public tend to collaborate under the Coastal Marshland Protection Act to ensure progress does not unduly damage the environment.

Sidney Lanier, the poet who famously put the Golden Isles’ natural beauty to rhyme and meter, made it quite clear that a key element in the region’s appeal is its miles and miles of marsh grasses.

“The world lies east: how ample, the marsh and the sea and the sky!” Lanier wrote in 1878. “A league (about 3 miles) and a league of marsh-grass, waist-high, broad in the blade, Green, and all of a height, and unflecked with a light or a shade ...”

Some 138 years later, a scientist on Sapelo Island says Georgia’s coast is losing its beloved marshland at an alarming rate. Rising temperatures and frequent periods of drought are the culprit, said biology professor John Schalles.

An adjunct professor of marine science at the University of Georgia, Shalles conducted his study at the UGA Marine Institute at Sapelo Island in McIntosh County. His conclusions came from pouring over decades of aerial images captured from space by NASA’s Landsat TM 5.

In a 28-year period, according to the research, marsh vegetation on the Georgia coast has declined by 35 percent. The findings come from studying a steady stream of images supplied by Landsat TM 5 between 1984 and 2011, focusing on an area from the Altamaha River north to the Sapelo Sound. What remains to be seen is whether this plant loss resulted from an increasingly warming planet or is simply a product of periodic weather patterns, Shalles said.

“The summers with the hottest, driest conditions are the worst for these marshes,” Shalles said. “It certainly has raised our attention. We see from these high temperatures and less fresh water and moisture, that these plants respond by losing the ability to feed themselves through photosynthesis.”

The study concentrated on the marsh’s predominant plant, salt marsh cordgrass, known to the scientists at Spartina alternifolora. Focusing on this dominant plant species gave the scientists an accurate overall assessment of the marshland’s condition. Cuttings the scientists took from the cordgrasses showed roots and stalks suffered in hot or dry conditions, slowing the plant’s photosynthesis process. This is turn made them more susceptible to predators such as snails, he said.

“We see they lose their food resources and root storage and basically start shriveling up,” Shalles said. “Since the early 2000s we’ve seen the most frequent drought and heat, and that is coinciding with when we see the most dramatic decline.”

The loss of vegetation is likely to have far-reaching affects, the scientists say.

“A decrease in the growth of marsh plants affects all of the animals that depend on the marsh, such as juvenile shrimp and crabs, which use the marsh as a nursery,” said UGA professor Merryl Alber, director of the Marine Institute. “These decreases in vegetation may also affect other marsh services, such as stabilizing the shoreline, filtering pollutants and protecting against storm damage.”

The extensive marsh system along the Georgia coast is a powerful natural filter, creating water that has been compared in purity to that off the Alaskan coast.

“If we lose some of this production in our marshes, it almost has to affect our treasured water resources,” Shalles said.

Shalles received assistance in his research from John O’Donnell, a graduate student at Creighton University in Nebraska, where Shalles also teaches biology. Using the satellite images greatly expedited the progress of the research, because of the muddy and boggy surface and the limitations the region’s extreme tides place on fieldwork in the marsh, O’Donnell said.

The Landsat TM 5 outlived its usefulness in space in 2011, Shalles said. However, a new NASA Landsat satellite went up in 2014. The study will continue with images from that satellite, broadening the focus to include all of Glynn County and up to Chatham County, Shalles said.

“We can pick up the story again with this new satellite,” he said. “I hope that it will recover. No one is wishing to see recurring heat and drought.”

Funding for the project came in part from the National Science Foundation and the National Oceanic and Atmospheric Administration. It received support from the ongoing Georgia Coastal Ecosystems Long Term Ecological Research Project at the marine institute.

Reporter Larry Hobbs writes about government, public safety and other local topics. Contact him at lhobbs@thebrunswicknews.com or at 265-8320, ext. 320.

Smoke rose from the shipwrecked Golden Ray around midmorning Sunday, the result of a car catching fire inside 656-foot vessel after a welder's torch caused a piece of hot metal to drop onto the vehicle, according to U.S. Coast Guardsman Nate Littlejohn of Unified Command.

Legislation meant to restore federal protections for migratory birds that have been rolled back by the Trump administration passed out of the U.S. House Natural Resources Committee this week on a party-line vote, 20-14.

David Whitmer, director of the Carl Vinson VA Medical Center in Dublin, returned to Brunswick for the second time in six months to update veterans on some of the new initiatives and changes offered.

If House Resolution 882 were to pass through the state House of Representatives any faster than it did this week, it’d have to be attached to a greased pig. But with extensive talk about the time needed to address budget cutbacks this session and the limited time to do so, the House took mor…