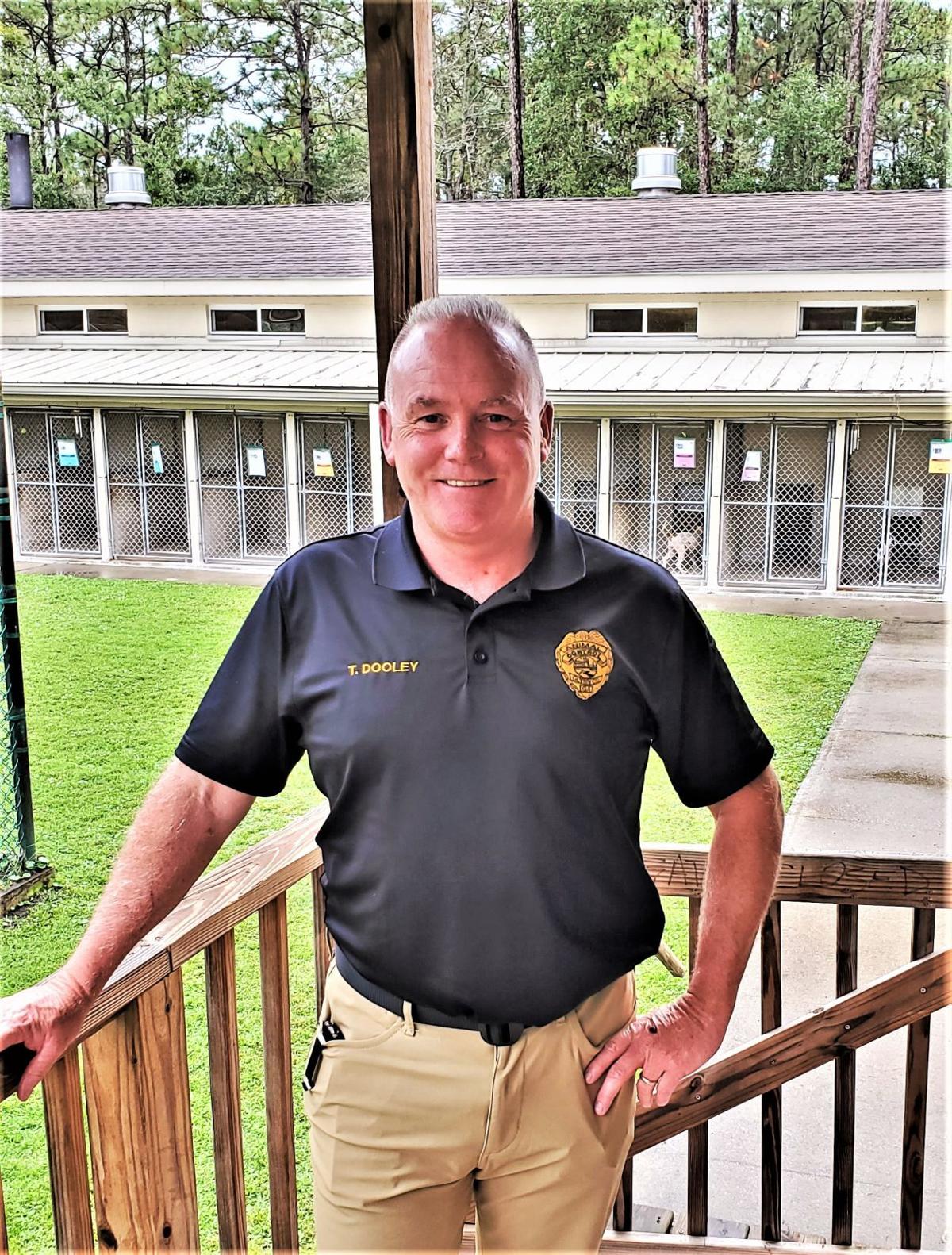 While not yet sworn, newly-hired Glynn County Animal Control Officer Tom Dooley will be one of the county’s five law enforcement officers. The animal control department placed him in charge of investigating the abandonment of a small dog in a port-a-potty in Brunswick, an animal cruelty offense. 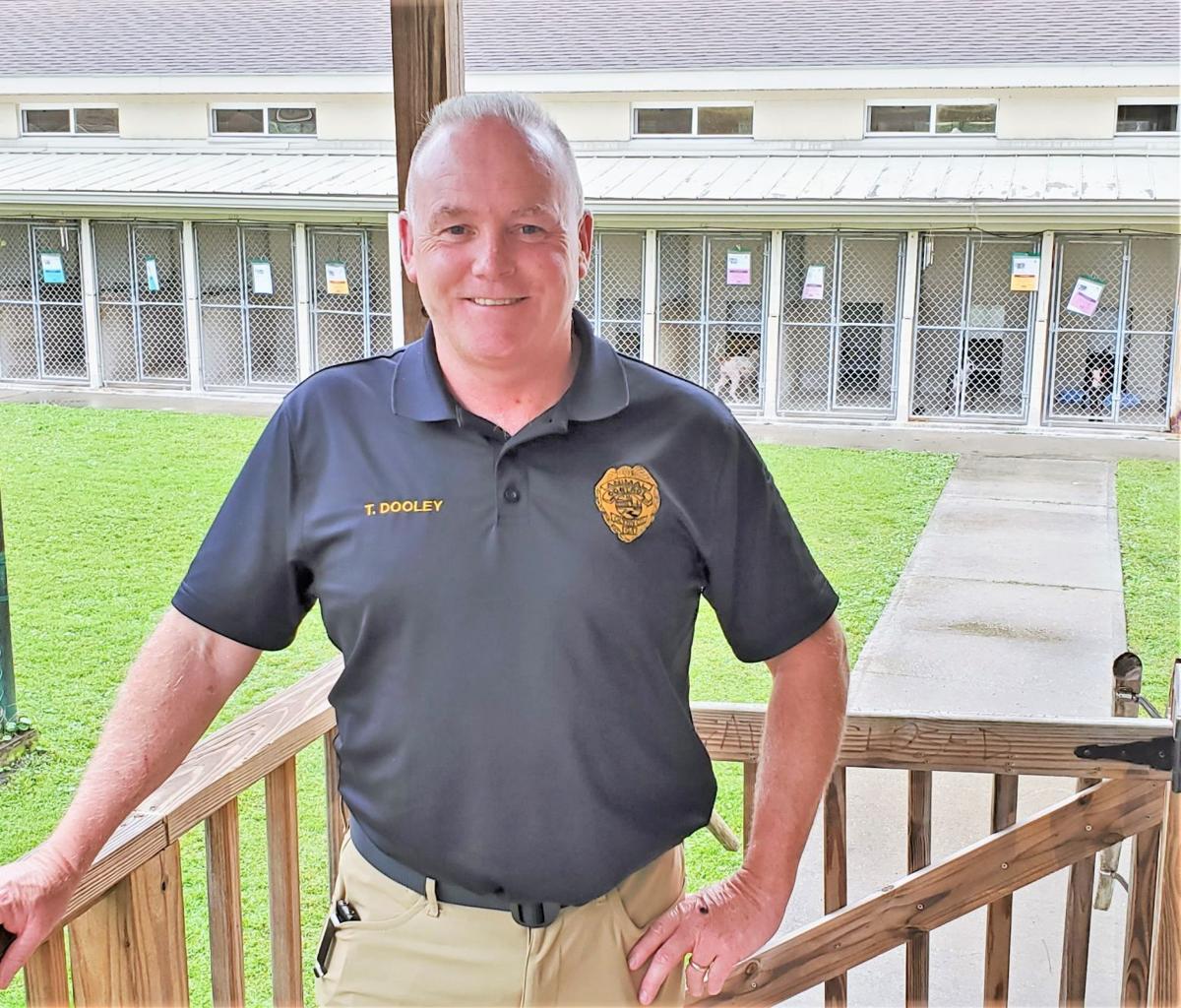 While not yet sworn, newly hired Glynn County Animal Control Officer Tom Dooley will be one of the county’s five law enforcement officers. The animal control department placed him in charge of investigating the abandonment of a small dog in a port-a-potty in Brunswick, an animal cruelty offense.

While not yet sworn, newly-hired Glynn County Animal Control Officer Tom Dooley will be one of the county’s five law enforcement officers. The animal control department placed him in charge of investigating the abandonment of a small dog in a port-a-potty in Brunswick, an animal cruelty offense.

While not yet sworn, newly hired Glynn County Animal Control Officer Tom Dooley will be one of the county’s five law enforcement officers. The animal control department placed him in charge of investigating the abandonment of a small dog in a port-a-potty in Brunswick, an animal cruelty offense.

It might be harder to find someone with more investigative experience in town than Animal Control Officer Tom Dooley.

Based on his resume, one might not immediately assume Dooley has experience investigating animal cruelty cases. But during a career spanning six years as a police officer in Philadelphia, Penn., 13 years with the federal Drug Enforcement Administration and seven years in the Environmental Protection Administration’s Criminal Investigations Division, he’s picked up a thing or two.

Dooley moved to the Golden Isles in 2019 with his wife and daughter a year after he retired from law enforcement. The Dooley Family has integrated pretty well, he said. His daughter attends Frederica Academy on St. Simons Island.

When looking for a job, he didn’t necessarily want to go back into police work but still wanted to help people. Police routinely help people who can’t help themselves and that was part of the job he really liked.

Now, his focus will be on animals. He knows a thing or two about that too. In Philadelphia, he said the police typically respond to animal cruelty cases and work with local animal control organizations and the Pennsylvania Society for the Prevention of Cruelty to Animals.

He worked several such cases there, but his most memorable one was a case he investigated in New Jersey while working for the EPA.

“Believe it or not, my biggest animal cruelty investigation was in the EPA criminal division,” Dooley said.

At least five dogs had been poisoned with a pesticide that had been federally banned, he said. Usually, it was a poison possessed only by farmers who had purchased it in bulk before the ban went into effect.

He had a suspect but was never able to find definitive proof.

Plenty of investigations ended successfully, but laws governing animals generally are such that it can be difficult to get a case to the prosecution stage.

“That’s the problem with animal cruelty laws,” Dooley said. “Pets are considered property, so you see a dog chained up in the backyard and they’ll just say it’s a friend’s. Very hard to prove ownership.”

Although Dooley is not a sworn peace officer in Georgia yet, Glynn County Animal Control has assigned him the task of tracking down the person or persons who left Rusty, a small-breed dog no more than 5 years old, to die in a construction site port-a-potty on Pecan Point Drive.

Rusty was taken in and treated by private animal welfare groups and is likely already on his way to a good home, but the job of tracking down and charging someone with animal cruelty remains.

“We really want to make an example of this one,” Dooley said. “The smallest bit of information can help.”

Glynn County and Brunswick police are assisting in the investigation, he said.

Anyone with relevant information is asked to call the Glynn County Animal Shelter at 912-554-7500, the Glynn County Police Department’s Silent Witness hotline at 912-264-1333 or email animalservices @glynncounty-ga.gov.