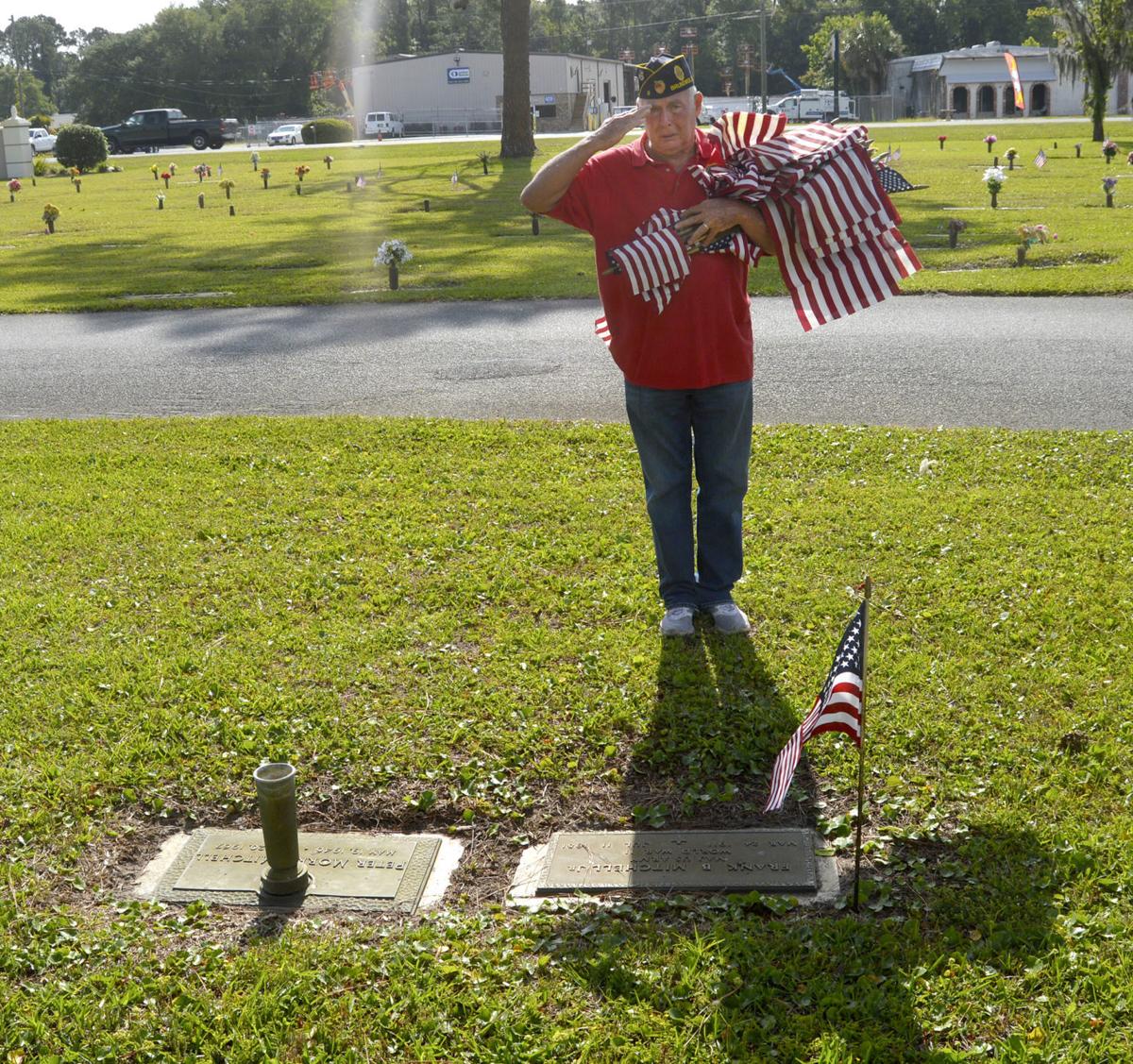 Benny Williams, commander of American Legion Post 9, salutes a veteran’s gravesite at Brunswick Memorial Gardens after placing an next to his marker. 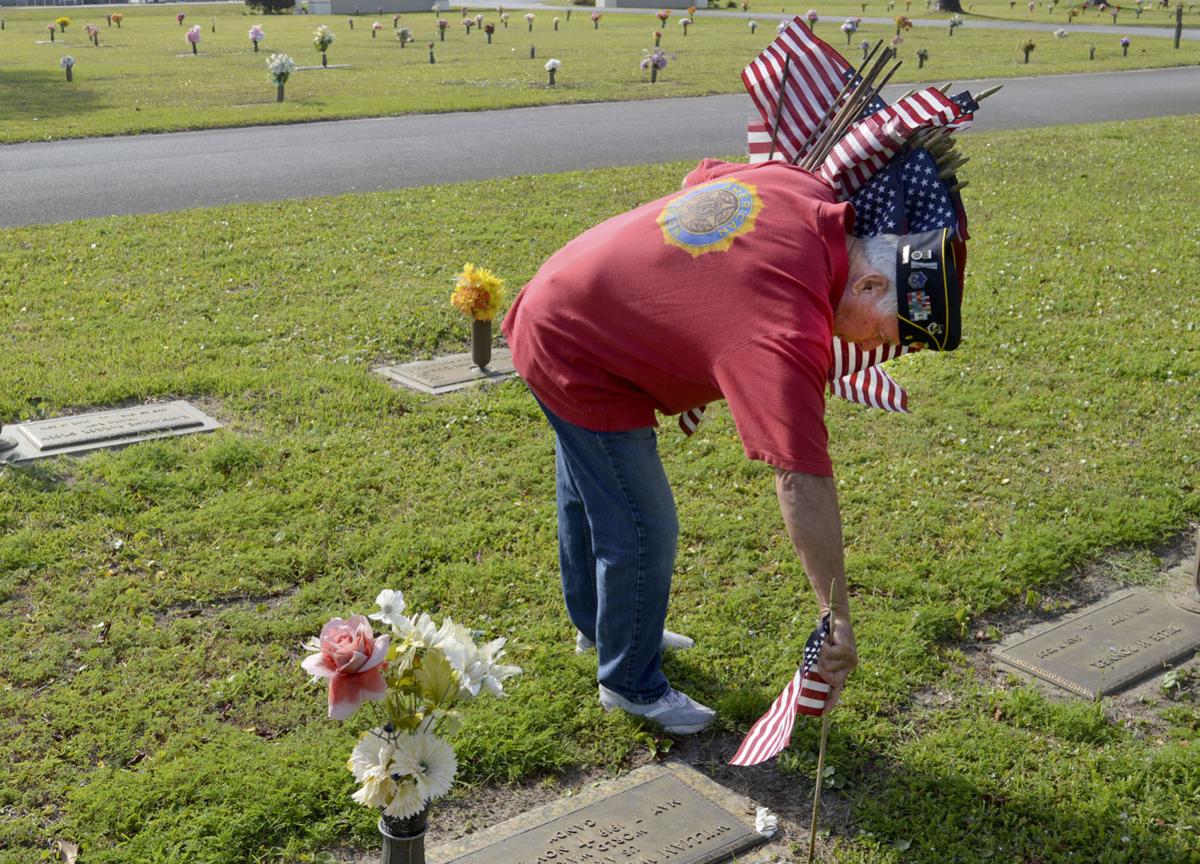 Benny Williams, commander of American Legion Post 9, was among a group of volunteers placing American flags at the grave sites of more than 500 veterans buried at Brunswick Memorial Gardens.

Benny Williams, commander of American Legion Post 9, salutes a veteran’s gravesite at Brunswick Memorial Gardens after placing an next to his marker.

Benny Williams, commander of American Legion Post 9, was among a group of volunteers placing American flags at the grave sites of more than 500 veterans buried at Brunswick Memorial Gardens.

The Memorial Day ceremony traditionally held in Brunswick has been canceled because of the coronavirus outbreak.

That doesn’t mean the veterans who are traditionally honored each year for their service to the nation will be forgotten.

A group of men and women from the American Legion Post 9 visited three cemeteries Monday and placed American flags at the gravesite of every known man or woman who served in the military.

Post commander Benny Williams said he and other volunteers planned to place about 500 flags at Brunswick Memorial Garden and several hundred more at two other cemeteries in Brunswick.

Markers for World War I veterans, the oldest gravesites, often gave the veteran’s rank and where he served.

“There’s a lot of information on these things,” Williams said as he bent over to jab a flag in the ground near the grave to identify the site as the final resting place of a veteran.

After Williams planted each flag, he stepped back and crisply saluted the veteran.

The flags will be removed in two weeks, he said. The goal is to always remember the service and sacrifices made by veterans, he said.

“A few of my buddies are here,” he said. “A person lives as long as they are remembered.”

John Orr, an American Legion member helping Williams, said he is also replacing tattered flags already at some of the graves with fresh ones, in addition to the ones he puts next to a grave.

“We’re standing on their shoulders and we’re remembering them,” he said of the veterans he is honoring.

Williams said the Memorial Day ceremony will be held July 4th and at the new Veterans Park on Newcastle Street near downtown Brunswick.

When asked why flags are also placed at gravesites in November for Veterans Day, Williams provided a simple explanation.

No, we are not talking about Amazon Prime. Introducing “Subscribe and Save” for Botox and filler by Dr. Diane Bowen at Golden Isles Center for Plastic Surgery. Over the past few years, we have heard from many of our patients that they wish the important self-care routine and wanting to accom…

St. Simons Rocks picks back up after COVID

As the community embarks on events this weekend celebrating the work of Martin Luther King Jr., a group that met Friday spent time reflecting on the challenges the community has most recently faced.

Dottie Bromley has aimed for many years to bring more pet-friendly services to survivors of domestic violence who are fleeing abusive situations and seeking shelter at Amity House.

A tollbooth on the F.J. Torras Causeway to St. Simons Island could be resurrected if Cap Fendig has his way.

Before there was a Martin Luther King Jr. Day, there were folks like Glynn County’s Calvin Waye.