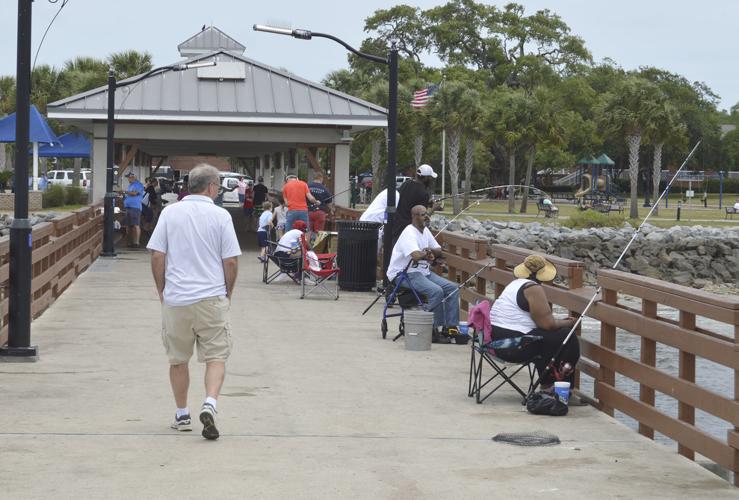 Residents and visitors gather on the St. Simons Island Pier Monday. The island experienced a busy weekend, but local officials expect the upcoming Memorial Day weekend to be even more so. 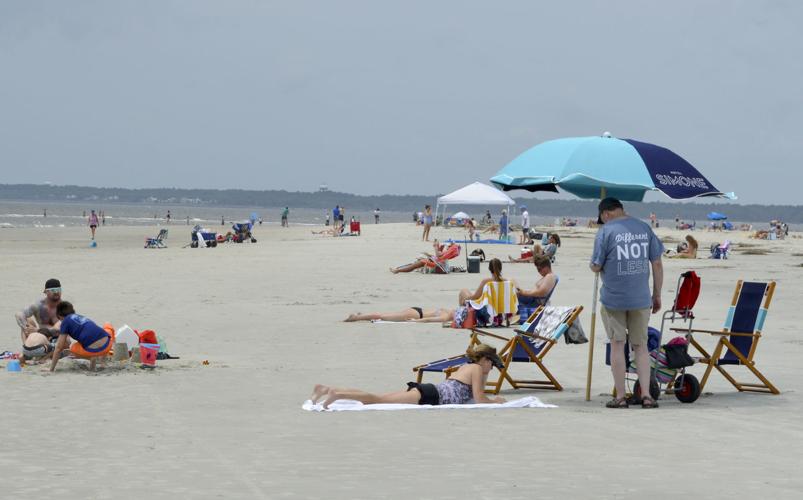 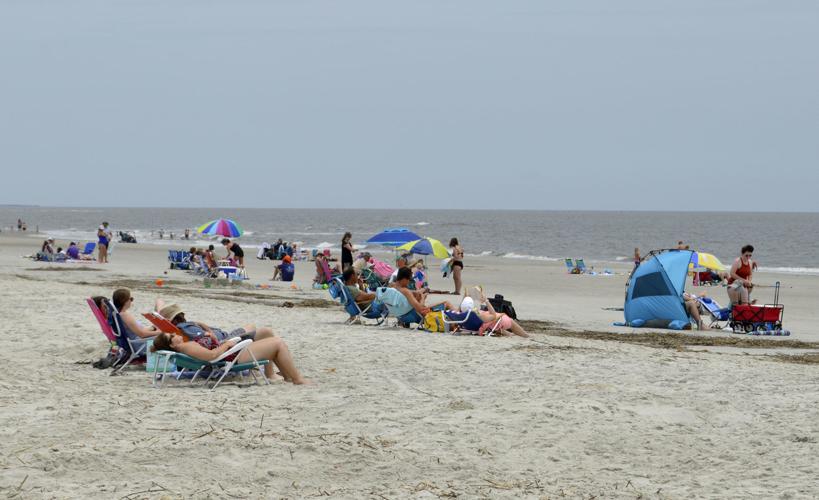 Residents and visitors gather on the St. Simons Island Pier Monday. The island experienced a busy weekend, but local officials expect the upcoming Memorial Day weekend to be even more so.

St. Simons Island was packed with visitors over the weekend, but tourism officials expect even more activity over the upcoming Memorial Day weekend despite the ongoing COVID-19 outbreak.

“Just checking around the area, on Jekyll (Island) and St. Simons Island, a lot of our hotels are sold out or close to sold out for the holiday weekend,” said Scott McQuade, president and CEO of the Golden Isles Convention and Visitors Bureau.

Over the past several months, lodgings have seen business and revenue plummet even as they tried to adapt to the outbreak, McQuade said. He noted Jekyll Island hotels are limited to 75 percent capacity due to the COVID-19 outbreak.

“So many of our businesses have been revenue-starved for the last few months. Having a busy weekend will be well received,” McQuade said.

The bed tax — a 5 percent tax tacked onto hotel and motel rentals — was down by more than 45 percent in March compared to last year, and April is looking like an even bigger loss — possibly as much as 85 percent.

“These two months are typically in our top five best performing months for lodging and tourism revenue and have had a significant impact on the community,” McQuade said. “We also anticipate May to be down as much as 55 percent compared to last year.

“The numbers are beginning to improve for June and July, but we are very much in a day-by-day, week-by-week economy at the moment.”

Jekyll Island and the East Beach and Pier Village areas of St. Simons Island were extremely busy over the past few days but unlike the usual crowd, most of the visitors were not overnighters.

After some weekend license plate research around St. Simons Island, McQuade came to the conclusion that most visitors were on a day trip or on vacation for a few days.

Overnight and destination travelers have been wary of taking longer trips largely due to the outbreak and the uncertainty it has caused in the economy. While many may return for the long weekend, it’s unlikely to mean much in the near term, he said.

“In other areas that have opened, they have seen a short-term spike,” McQuade said. “When we look at the forecasts, they haven’t picked up yet, but it’s anyone’s best guess if this behavior will continue.”

McQuade said vehicle tags from neighboring and nearby counties are much more common at the present time.

“We expect that trend to continue well into Memorial Day and through the summer,” McQuade said. “People have been cooped up and there’s a lot of pent-up demand.

In this ‘new normal,’ if you will, travelers are more likely to book in the week for the week and in the month for the month.”

A lot of short-range visitors and late bookings are due to three factors, in his opinion.

“As restrictions are lifted, people are just feeling the need to get out,” McQuade said. “They’ve had enough of being indoors and restricted in their travel. That’s one factor. The other thing is that uncertainty. I think people are just making very short-term decisions. ‘Things are open now, they may not be open later, let’s take a vacation.’”

Another is hotels and motels relaxing their policies on cancelations and refunds. People are less afraid to book a room because they don’t have to worry as much about not getting their money back, he said.

Of course, that comes with its own set of problems.

“We have to be careful not to retrain the public to short-term book," he said. “It’s not the best way to do business.”

In combating the COVID-19 outbreak, McQuade said a balance needs to be struck between allowing people to live their lives and protecting them from situations where they are more likely to catch or spread the disease.

Following recommendations from the Centers of Disease Control and state mandates requiring unrelated residents to keep six feet from one another and banning gatherings of more than 10 unless distanced should be a no-brainer, he said.

“We all should be doing that,” McQuade said. “It’s easier to congregate in the areas where parking is most available, but if we want to beat this in the long-term we have to follow the recommendations.”

Anyone who violates either mandate is guilty of a state misdemeanor, which is punishable by a fine up to $1,000 and a year in jail.

The state DNR will maintain its usual presence.

“We’re not going to have any additional people on the beach,” said Mark Carson, a sergeant with the DNR’s law enforcement division. “We’re going to have our focus on other areas as well.”

Game wardens will patrol the beach as usual but will also be keeping tabs on the sandbars, public parks and high-activity boat ramps around the Golden Isles, he said.

According to Gov. Brian Kemp’s May 12 executive order, law enforcement can issue citations and make arrests for non-compliance following “reasonable” efforts to give notice to offenders.

Lifeguards will be on duty as usual starting Memorial Day, said county recreation and parks manager Lisa Gurganus. They will operate much the same as always but with personal protective equipment on-hand if the need arises.

McQuade said he believes it’s easily possible to both keep people safe and deliver a much-needed jolt to the local economy.

“Everyone is adjusting to the new market. These businesses being able to take in revenue after a long drought will be a welcome change,” McQuade said.

Organizations working to better the lives of youth and families in Glynn County were celebrated Wednesday and given funds to support their mission.