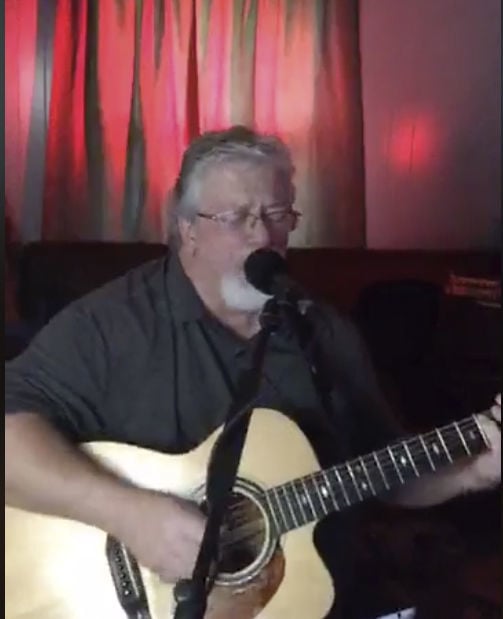 Joey Thigpen is pictured in a screen shot from his Facebook Live show. 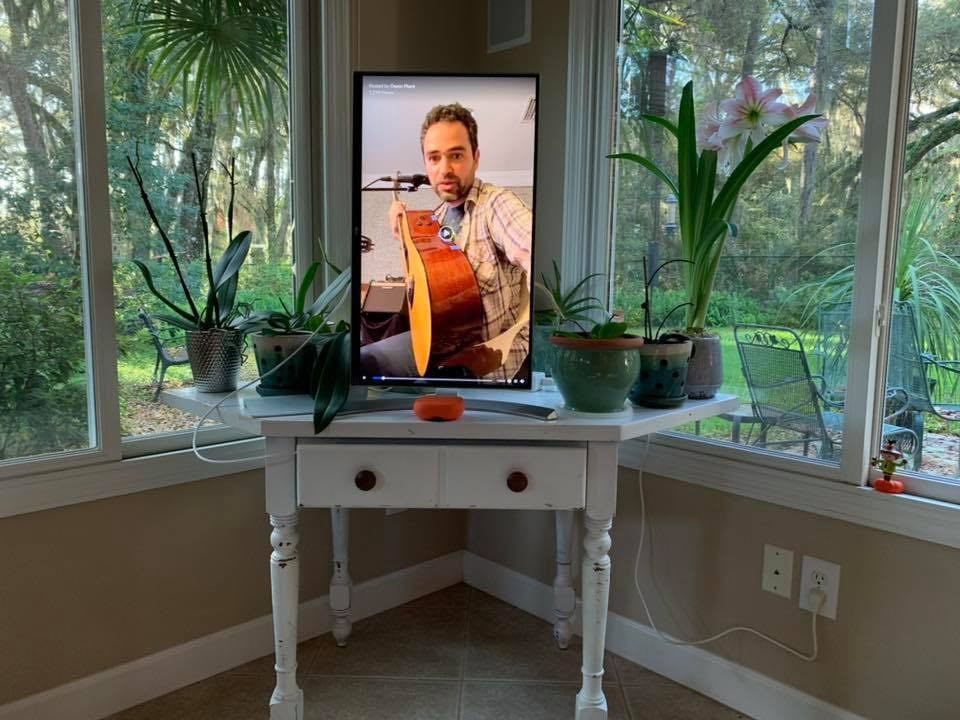 Owen Plant streams from his home during a Facebook Live concert.

Joey Thigpen is pictured in a screen shot from his Facebook Live show.

Owen Plant streams from his home during a Facebook Live concert.

When this brethren faces a challenge, they confront it together. Owen Plant, a longtime veteran of Golden Isles giggin’, has been a mentor for many area musicians. So naturally when the coronavirus crisis hit, he wanted to find a way to help keep the group afloat as bars and restaurants closed their doors.

“With all of this, musicians have zero income so I’ve been trying to talk to some other folks about what they can do to apply for assistance through MusiCares,” Plant said.

“I also decided to start doing some stuff on social media to see how that would go. I’ve basically ignored it until now.”

Plant teamed up with a friend from Jacksonville, Taylor Roberts, who helped guide him in setting up a home-based, Facebook Live concert. Since then, he’s been doing live shows nearly daily for his equally home-bound audience.

He has been streaming evening shows for adults with special daytime concerts for children. And the response has been incredible.

Not only have folks been tuning in to request songs, a link to Plant’s PayPal account also allows viewers to offer much appreciated assistance in the form of donations.

“The response has been amazing. I feel so connected to people through these concerts. There’s a lot of love out there and music only accentuates that,” he said.

“The businesses, too, have been really great. So many have been sharing the posts ... Wake-Up Coffee, the Land Trust, Fuse and many others. I feel so connected to all of these people and I’m very grateful.”

But, true to form, Plant wanted to help his fellow musicians get in on the act. His friend, Joey Thigpen, who plays solo, as well as with the group Backbeat Boulevard, was one.

Thigpen, who rarely has a night off from performances, found himself a bit lost when his activity came to an abrupt halt due to the virus.

“I talk to Owen a lot, and he was telling me about the Facebook Live concerts. I’d never done one before and wasn’t really sure that I even had the proper equipment to do it,” Thigpen said.

“But I was sitting around the house talking to my wife, Shelly. She said, ‘You should do it, for your own sanity.’ I have, thankfully, been so busy for the past eight to 10 years, playing six or seven days a week — it really makes a difference when it all just stops.”

Being a wise man, he decided to listen to his better half and set-up an online show. Like Plant, he also got plenty of positive responses, in fact, his post got more than 2,000 views in two days. He even got comments from a viewer — also homebound — in India.

“I wasn’t expecting that at all. I just couldn’t believe it ... I was blown away,” he said. “It’s just so nice to know that there are people out there who want to watch this. It was a wonderful thing. “

Many other area musicians have decided to join Plant and Thigpen by offering the online shows. They’ve also teamed up with a local restauranteur to take it one step farther. Dave Snyder, owner of Halyards, Tramici and La Plancha on St. Simons Island, has offered to let the musicians play in his courtyard while patrons come to retrieve their to-go meals.

Joshua Nunn and Jay Googe of DeFunk were two of the performers set up there this week, where they also live stream.

“As of right now we’re scheduled to be back at the Halyards courtyard for an online show this Saturday at 5 p.m. They are offering an amazing drive-thru take out service so you can call ahead, order some incredible food, pull up by the curb and hear a little music, then take it home and watch the rest online,” Nunn said.

“It’s a beautiful setting and they have been so hospitable for several of us local musicians. It’s difficult for us to do a live show in our small apartment, so we appreciate the opportunity to set up at a place where we can be socially distant and still do an online show.”

Googe agrees and is grateful for the opportunity to share some tunes during these difficult times.

“It’s honestly the only outlet to make money as a musician right now and feel like it’s helped us reach a larger audience, as well,” Googe said.

The two, also new to online concerts, have found a lot of value in being able to connect with listeners in real time during a period where human interaction is significantly limited.

“I’ve seen musicians doing online shows for a long time now, but up until recently, I’ve not done many myself, I guess, because I’m a bit of a perfectionist. I struggle putting out my music because I want it to sound good. And typically the sound from an online show through a phone speaker isn’t that great,” Nunn said.

“But with the recent events that have shut everything down, I’m realizing more and more it’s not about a perfect sound, it’s about providing that relief from the chaos and bringing that sense of normalcy that we all need. I have hundreds of musician friends online and I’ve seen so many of them doing these live feeds because music is all they do and since they can’t play in bars and restaurants, they’re turning to the only platform available right now.”

— Check out the individual Facebook Pages of your favorite local artists for updates about online concerts. Some of the artists who will be performing online and in the Halyard’s/Tramici courtyard include George Alread, Michaele Hannemann, Michael Alongi, Owen Plant, Joey Thigpen, Joshua Nunn and Jay Googe.