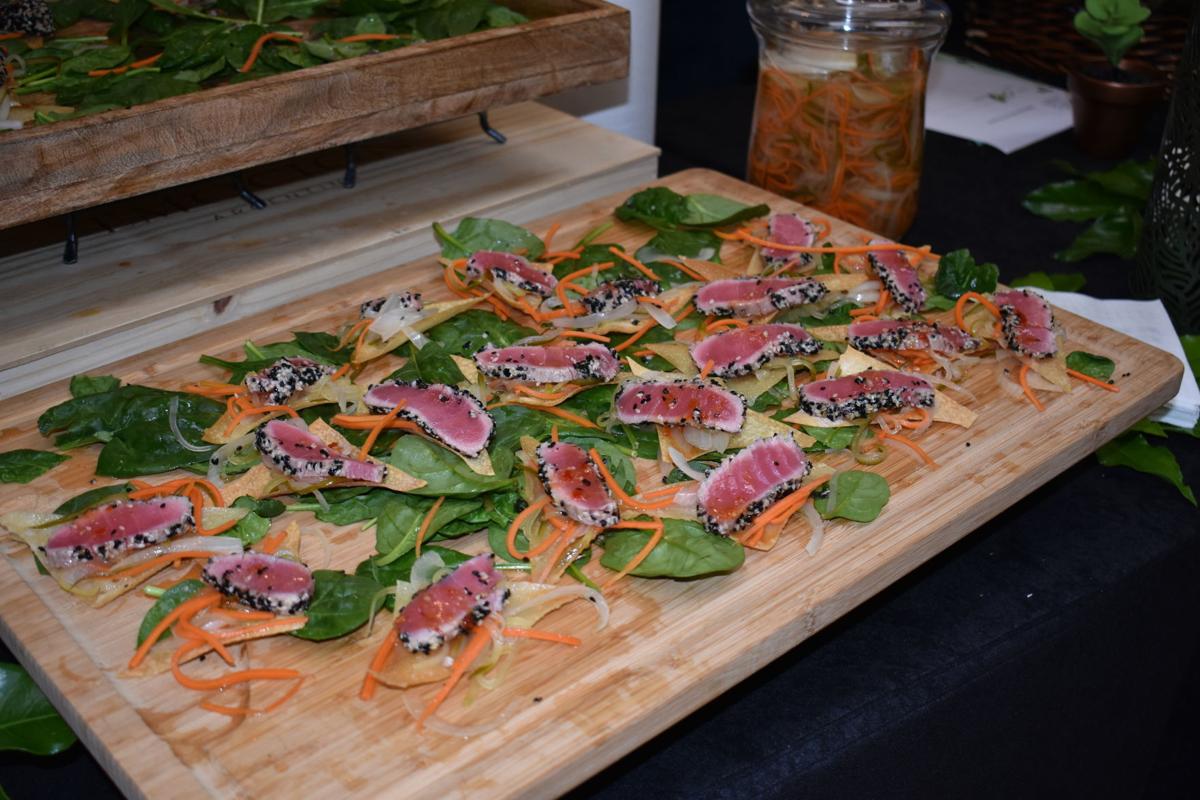 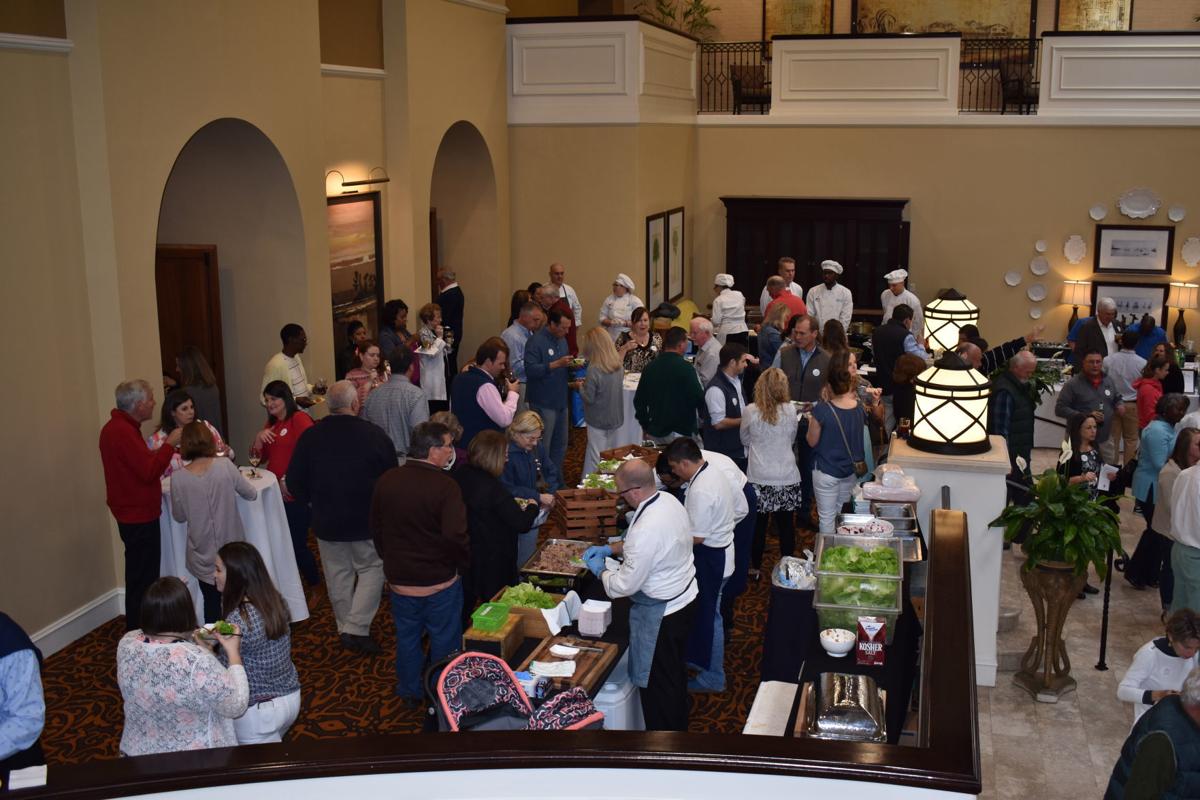 Patrons of a previous Taste of Glynn enjoy samplings of restaurants throughout the Golden Isles. This year’s event will be held Jan. 19 at the King and Prince Golf and Beach Resort on St. Simons Island.

Patrons of a previous Taste of Glynn enjoy samplings of restaurants throughout the Golden Isles. This year’s event will be held Jan. 19 at the King and Prince Golf and Beach Resort on St. Simons Island.

The Taste of Glynn hits a milestone this year with its 20th year as a fundraiser for Glynn Community Crisis Center, an agency that has provided shelter for battered women and children since 1983.

On Jan. 19 at the King & Prince Beach and Golf Resort, 17 area restaurants, caterers and food services will offer some of their most appealing dishes with the proceeds going to fund the center and Amity House, its shelter for abused women and their children.

The center has grown since it opened Amity House in 1983 with four rooms to shelter just a few victims. It now has 15 beds “and room to squeeze in a few Pack ‘n Plays,’’ Bromley said of the portable mesh-sided crib/play pens.

The majority of funding comes from grants, but grants have specific guidelines that limit how money can be spent. Taste of Glynn fills in some critical gaps.

“It’s unrestricted funds,’’ Bromley said of Taste of Glynn revenue, “to cover some things not allowed in grants but necessary.”

Foremost among those expenses is awareness, letting potential supporters know of the center’s services and informing those trapped in violent and abusive relationships there is a safe way out.

Although she and other center officials will be glad to answer any questions at Taste of Glynn, there won’t be a program laying out all the stunning statistics and accounts of abuse.

The Taste of Glynn is about fun, Bromley said.

“We let our friends over the years enjoy the good time. We have some that have a total blast with this,” she said of the chefs and other supporters.

“We use the opportunity to celebrate their support. They’re having fun while they celebrate us.” “We want them to feel good about supporting us.”

Wee Pub Beach comes back year after year primarily because “we know it’s a good cause,’’ said Chuck Schaller, one of the owners of the Jekyll Island restaurant. “We want to help our community.”

But there is also the fun of competition as the restaurants vie for honors in six categories and in the People’s Choice award.

“We always want to win. We want to be the best in Glynn County,’’ Schaller said.

The restaurant will also serve its Guinness brazed pot roast, which was named best comfort food in 2019, he said.

The dish is usually offered as a special at the restaurant, but Schaller said it may be added to the regular menu because it has done well at the “proving ground” Taste of Glynn.

Taste of Glynn has also been an enjoyable experience for the culinary students from College of Coastal Georgia who tend to please the crowd, Bromley said.

Bromley said the event will also feature an “amazing” silent auction and talented musicians will provide entertainment during the event. Parking is at Massengale Park with a short shuttle trip to the King & Prince.

The supporters should feel good about helping provide a safe escape to those who otherwise have little or no hope.

Besides that, domestic violence is among the least talked about of crimes.

Kay Hampton, who has been involved with Glynn Community Crisis Center since 1991, said in a prepared statement that silence still prevails because victims’ shame and embarrassment keeps them from seeking help.

With the advent of social media and the internet, however, victims can now research their options on leaving a violent relationship and finding safe shelter, Hampton said.

The center has installed software to protect victims as they look for help.

To help prevent abusers from learning that victims are seeking help online, Glynn Community Crisis Center’s website has a big red ESCAPE button that lets the victim shut down the site immediately should an abuser enter the room.

Glynn Community Crisis Center has gone beyond the walls of its shelter and now provides help for male victims and a wide range of services that extend beyond addressing physical and sexual violence to emotional, mental and financial abuse. In addition to emergency shelter at Amity House, the center offers transitional housing at Hope House, victim advocacy, support groups and counseling, legal and financial assistance and budgeting and relocation assistance.

The silence Hampton spoke about covers up a lot of abuse.

• More than a third of women and a quarter of men in the U.S report having experienced rape, physical violence and /or stalking by an intimate partner.

• In a single year, more than 10 million men and women are physically abused by an intimate partner.

• In 15 states, more than 40 percent of all female homicides resulted from intimate partner violence.

• Women with disabilities have a 40 percent greater risk of violence at the hands of their intimate partners, especially severe violence, than women without disabilities.

For tickets or more information on Taste of Glynn or Glynn Community Crisis Center consult the website ATasteofGlynn.com.

Participating this year are: