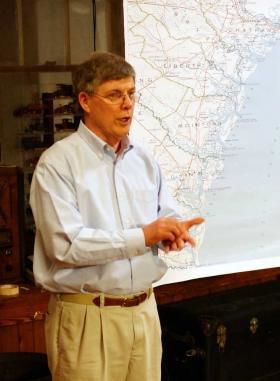 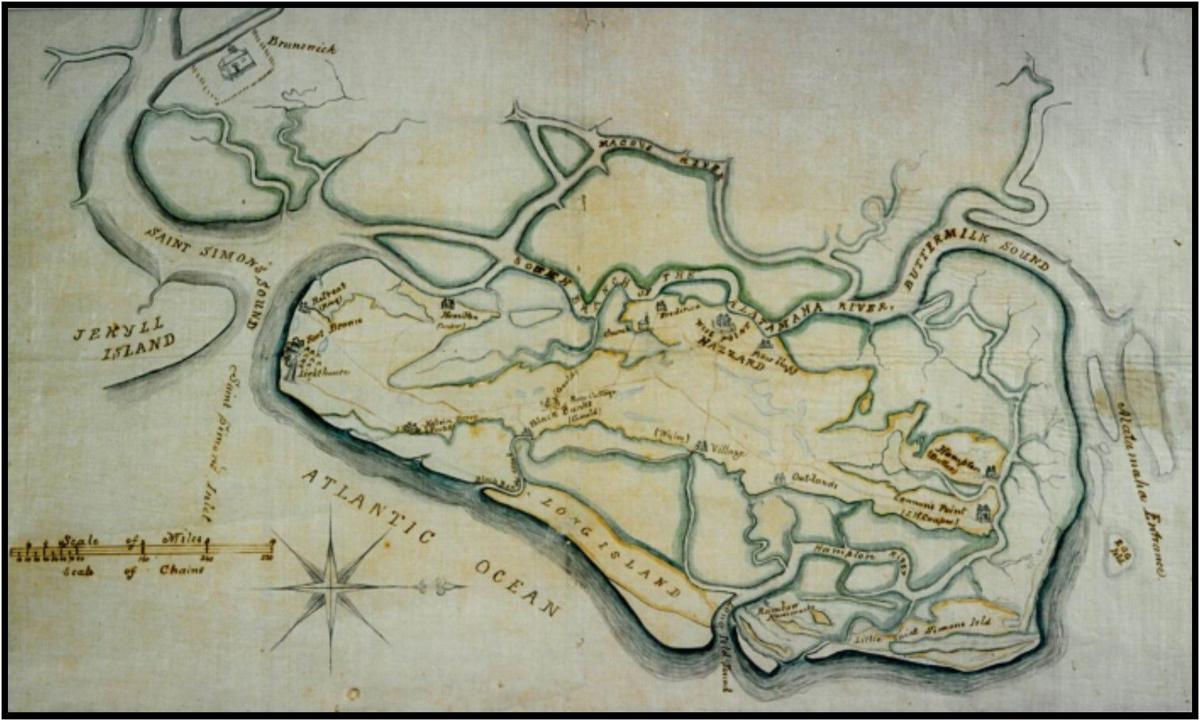 A circa 1861 map of the Golden Isles painted on silk is pictured.

A circa 1861 map of the Golden Isles painted on silk is pictured.

Few places have as many footprints as Coastal Georgia. The Native Americans, the Spanish and English all left their mark. So too, did the former slaves of the area’s plantations, who shared their African roots.

This rich tapestry of lives and traditions has long captivated Buddy Sullivan. The author and historian has spent decades researching the people that once called this land home. And through his work, Sullivan has introduced countless residents and visitors to a past filled with war and conflict, prosperity and pestilence.

“I really think that the history of Coastal Georgia is so unique. It is truly a microcosm of America — from the Revolution and Colonial period in the 1700s to statehood to the Civil War. Then, you have the lumber industry and Brunswick becoming a booming port,” he said. “The nearby islands fit into all of that as well. It is really fascinating how the people evolved throughout these phases.”

To tell these stories, Sullivan wrote a number of books, including “Sapelo Island,” and “Darien and McIntosh County,” among many other titles. He also created a lecture series with the Coastal Georgia Historical Society (CGHS) that’s been a part of its programming for more than 20 years. Typically held in January and February, the series has proven to be an incredible draw, with some participants returning multiple times. Of course, planning for this year’s event was challenging but Sullivan and the historical society worked to find a solution.

“This year, with the (COVID-19) situation, the historical society isn’t doing any in-person programming. I assumed the lecture series would just be canceled but the curator Mimi Rogers called me and suggested that we do it on Zoom,” he said.

The online meeting app has become the go-to throughout the pandemic for individuals, businesses and civic groups alike. While Sullivan had to learn the ropes, he was open to conducting the series virtually.

“I thought we could probably do that, though it would be a radical change for me and my style. I like to walk around and point things out,” he said with a laugh. “But we did a run through with CGHS yesterday, and it went really well. I feel good about it. I’m on the DNR Coastal Advisory Board and, we’ve used it for meetings. It works really well.”

While the format may be different, the history will remain the same. Sullivan will still offer “An Overview of Coastal Georgia History,” as a six-weeks course, beginning at 4 p.m. Tuesday. The lecture series will explore the Golden Isles and nearby points of interest like St. Marys, Darien and Sapelo Island. He will also share some information on the area’s well-known neighbor to the north, Savannah.

“I’ve done this for a long time, and what people really are most interested in is the Golden Isles. But we do talk about some of the other areas too. I really try to get a feel for what the audience is interested in and tailor my talks to that,” he said. “I think for this one, we will be talking a good bit about Butler Island since it’s been in the news a lot and there’s a lot of interest there.”

The sessions will range from an hour to an hour and a half. They will be held Tuesday afternoons through Feb. 16. The cost for the course is $50 for Society members and $95 for non-members. To register, visit coastalgeorgiahistory.org or call 912-634-7090.

Sparrow’s Nest Food Pantry is in need of canned fruit this week. Donations may be dropped of…

More than 2,100 students were named to Valdosta State University’s fall 2020 Dean’s List. To…