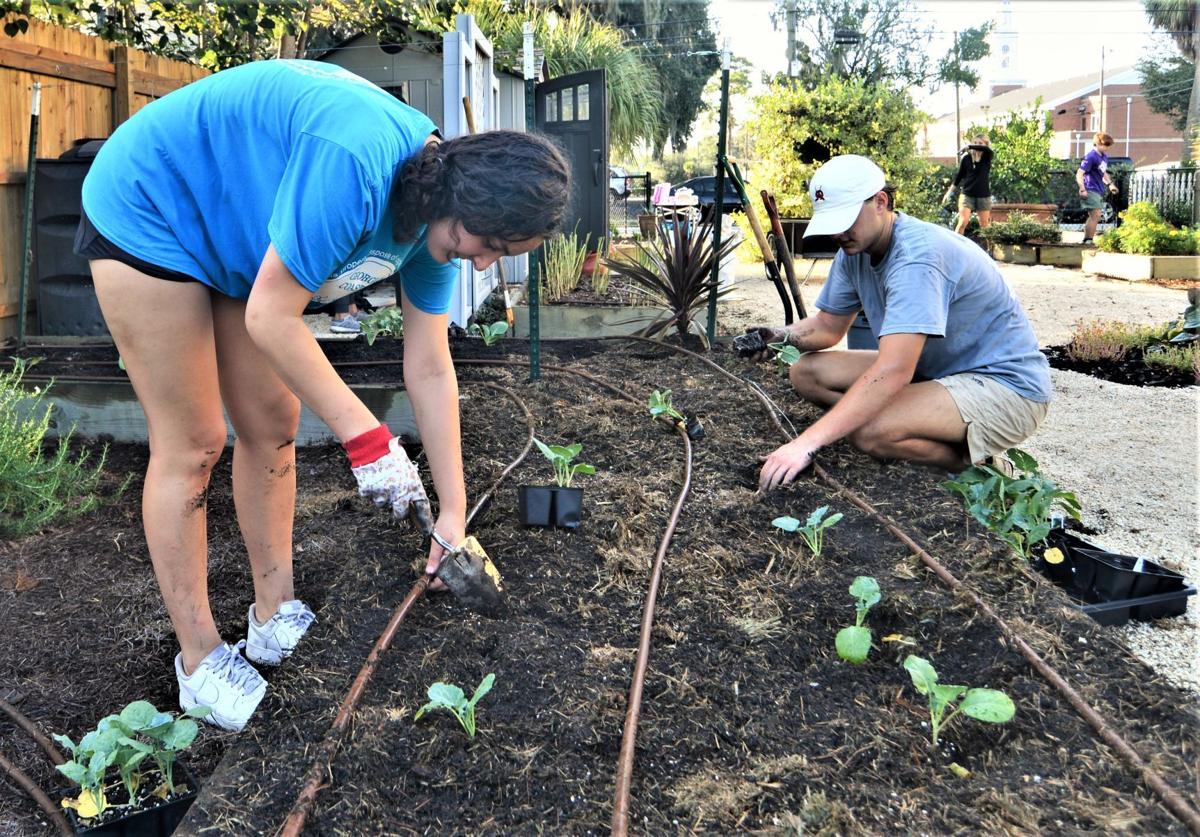 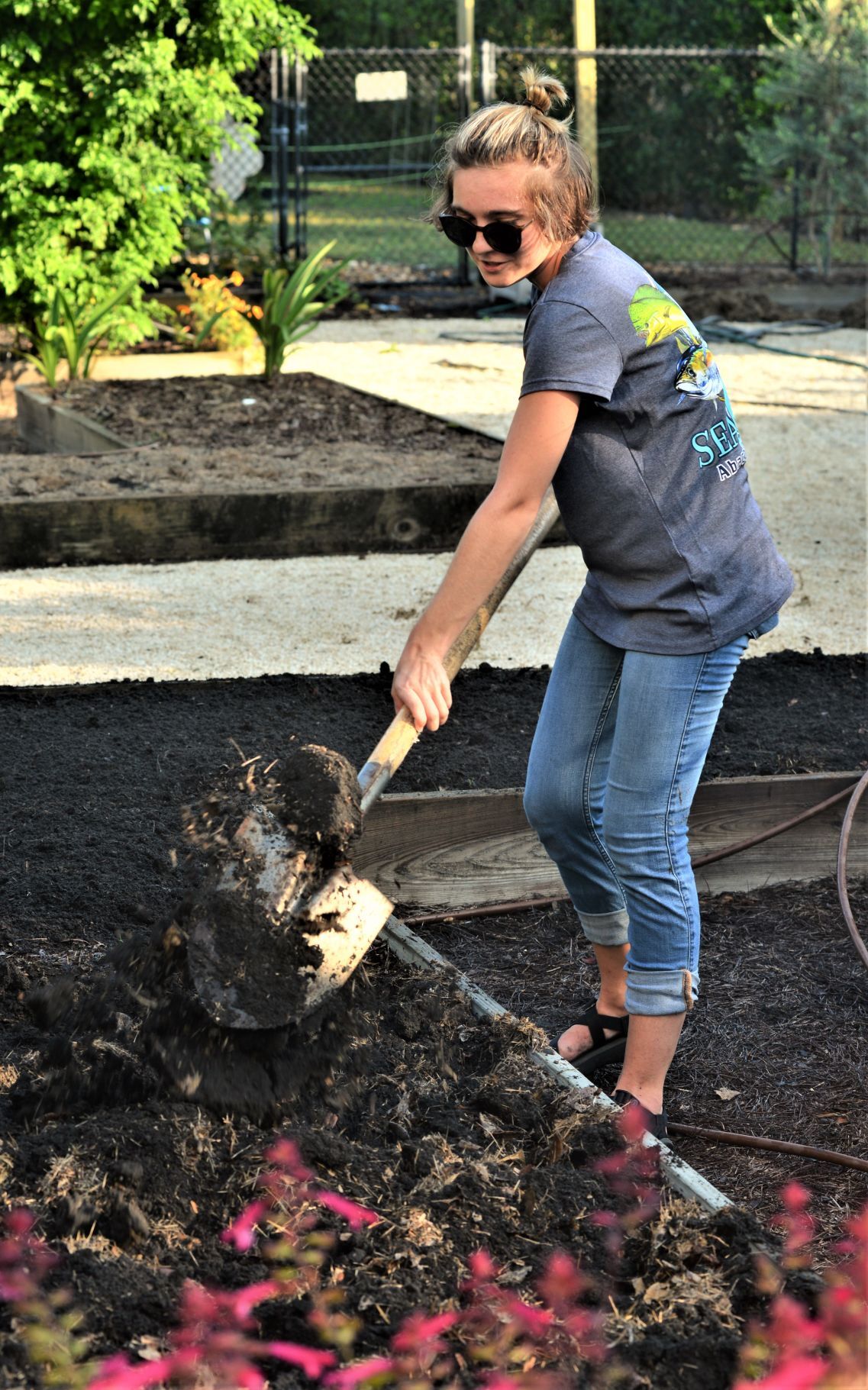 Caroline Lokey turns over a shovelful of earth in the bed. 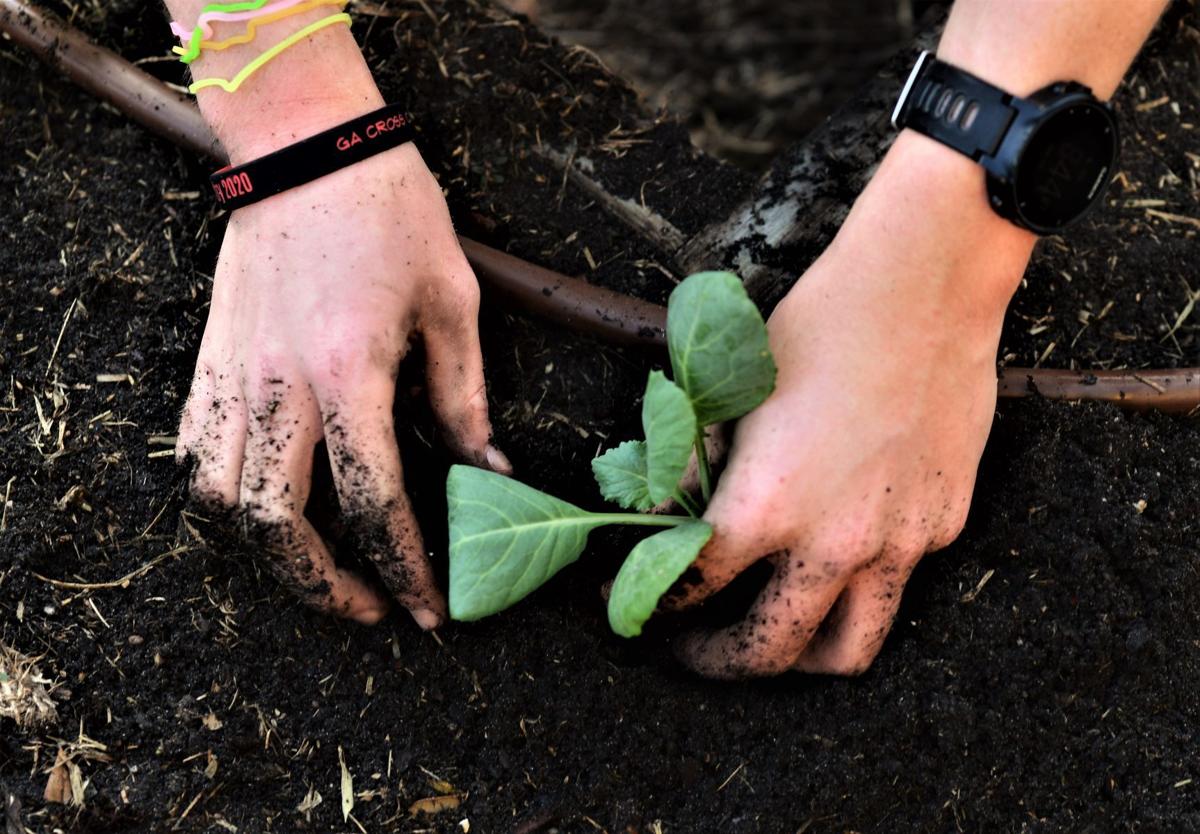 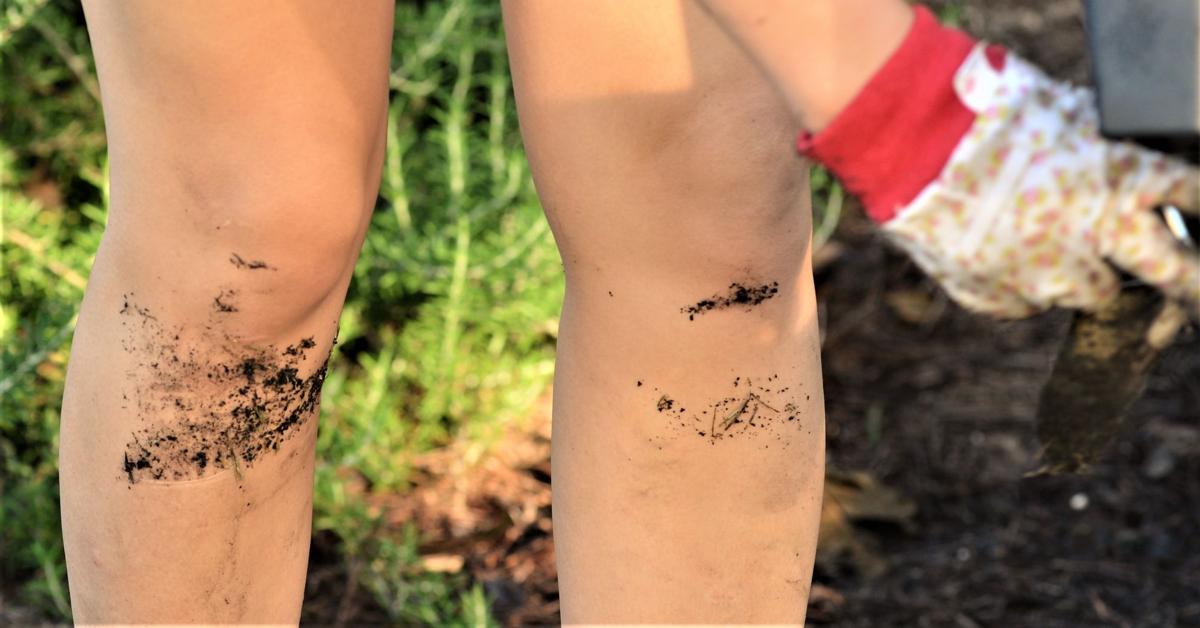 Caroline Lokey turns over a shovelful of earth in the bed.

When she opened the gate at 8 a.m., Dorsey said, “They were all right there. I was impressed with the whole bunch of them.”

And not just with the punctuality of the nine volunteers. They quickly learned what she wanted and had 280 plants in the raised bed gardens about the time their fellow students were crawling out of bed and checking their phones for new messages.

As for their own social media contacts, the National Honor Society students stowed their phones in the garden shed as soon as they arrived and didn’t touch them until the work was done, Dorsey said.

By 8:30 a.m., Caroline Lokey was busily stomping a shovel into the soil of a raised bed and turning it over getting it ready for plants.

“I like gardening,’’ she said. “I thought there were people much less fortunate than I without access to vegetables.”

Parker Everly, Joseph Lombardi and Ellie Watkins were planting near the gate.

“I’d rather be out here than inside,’’ he said.

They put in about 75 plants each of collards and broccoli and about 50 cauliflower plants, and “I don’t know how much lettuce,’’ Dorsey said.

“We’re going to get it all in today,’’ she said as they were about half finished.

Dorsey said the students knew how to plant vegetables, but not the way to make it work in the giving garden.

First, she turns over the soil in the “resting beds” that have sat untouched since the spring and summer garden plants came out. Then they spread her special mixture of organic fertilizer over that, raked it smooth and then planted.

“It’s not rocket science, but it is tedious and you have to follow the steps,’’ she said.

She also noticed the students had different tendencies. Some wanted to just take care of business and get the plants in the ground while others wanted more precision when she instructed them to plant them 18 inches apart.

“The math students wanted to measure,’’ but she convinced them to estimate and the job went smoothly and quickly.

At the end of the day — which came earlier than Dorsey expected — the students were gratified by what they had done, she said.

Harvest is still a bit down the road when the crops are mature and ready to eat. That’s when they’ll go to the normal beneficiaries such as Safe Harbor, Saint Marks Towers, Manna House and others.

She promised to let them come back at the 30-day mark for some weeding and to let them see how things are growing and again at the end to help with deliveries “when you’re seeing the people who get to eat it.” In its short history, the garden has surpassed 1,000 pounds of donations.

“It was just heart-warming,’’ Dorsey said, to be with teenagers who were hopeful, happy and giving.