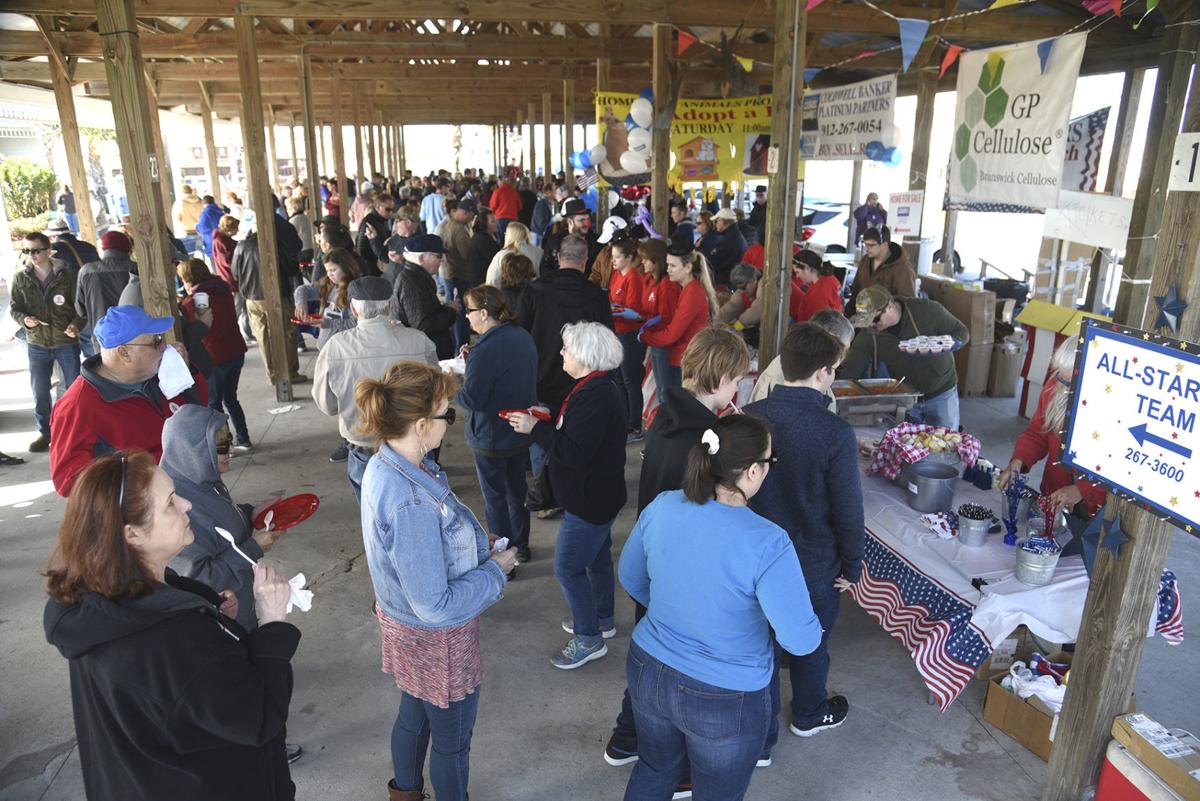 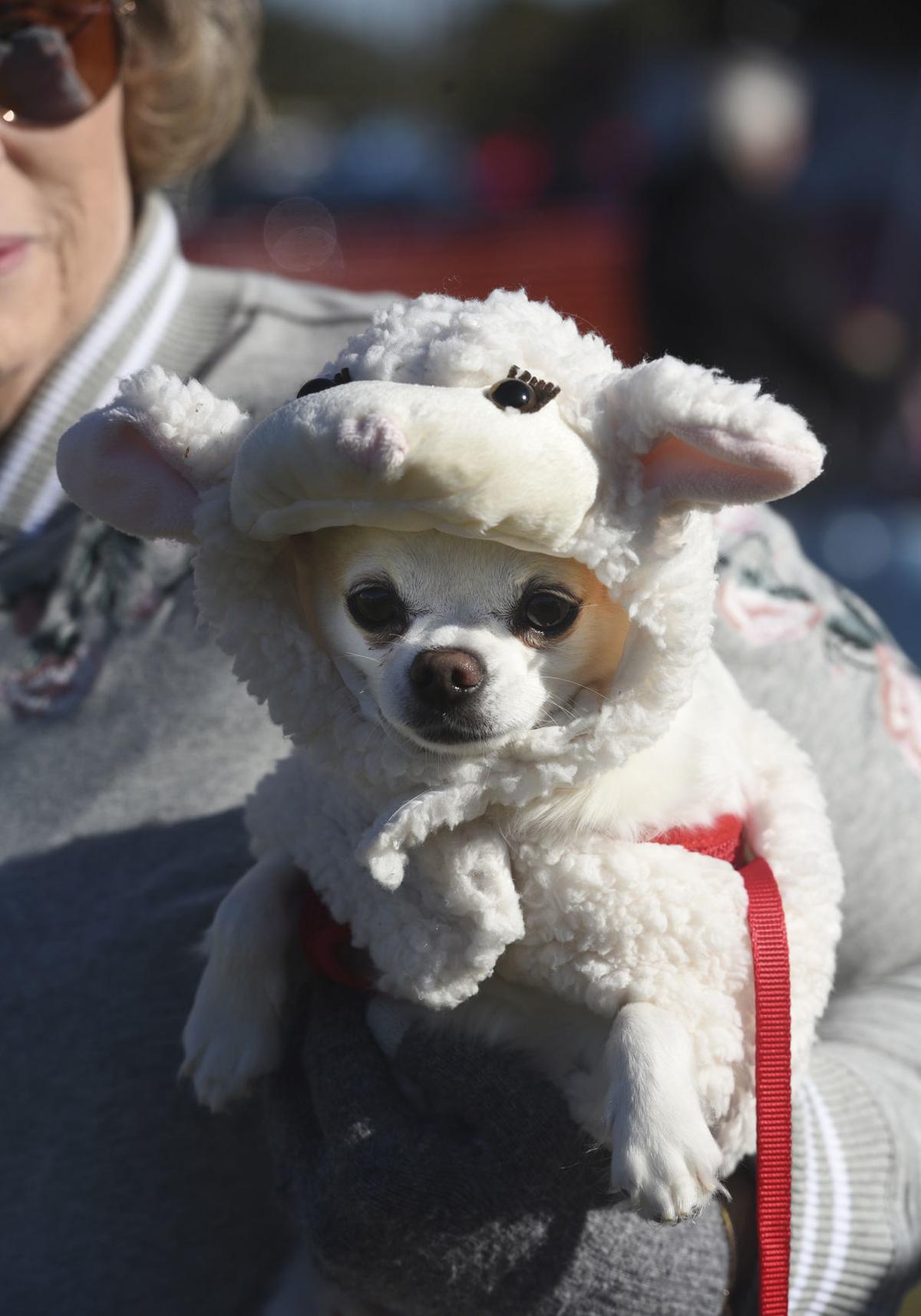 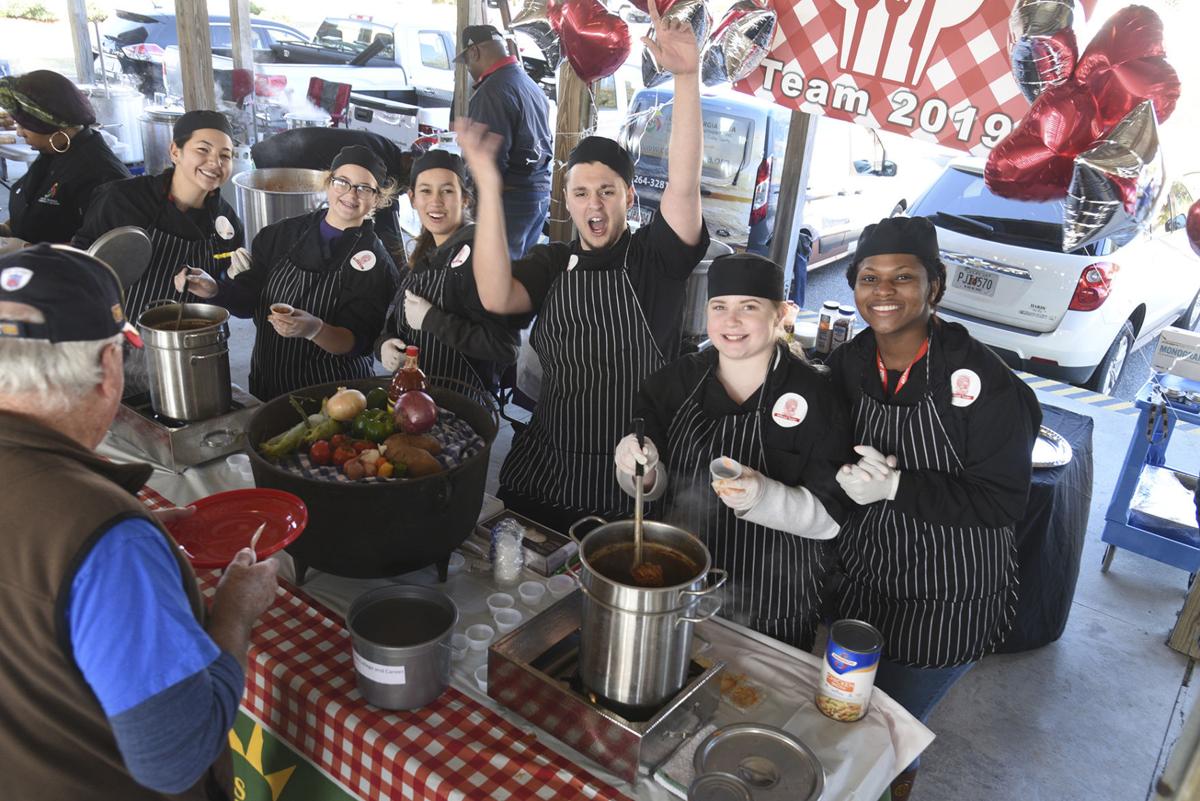 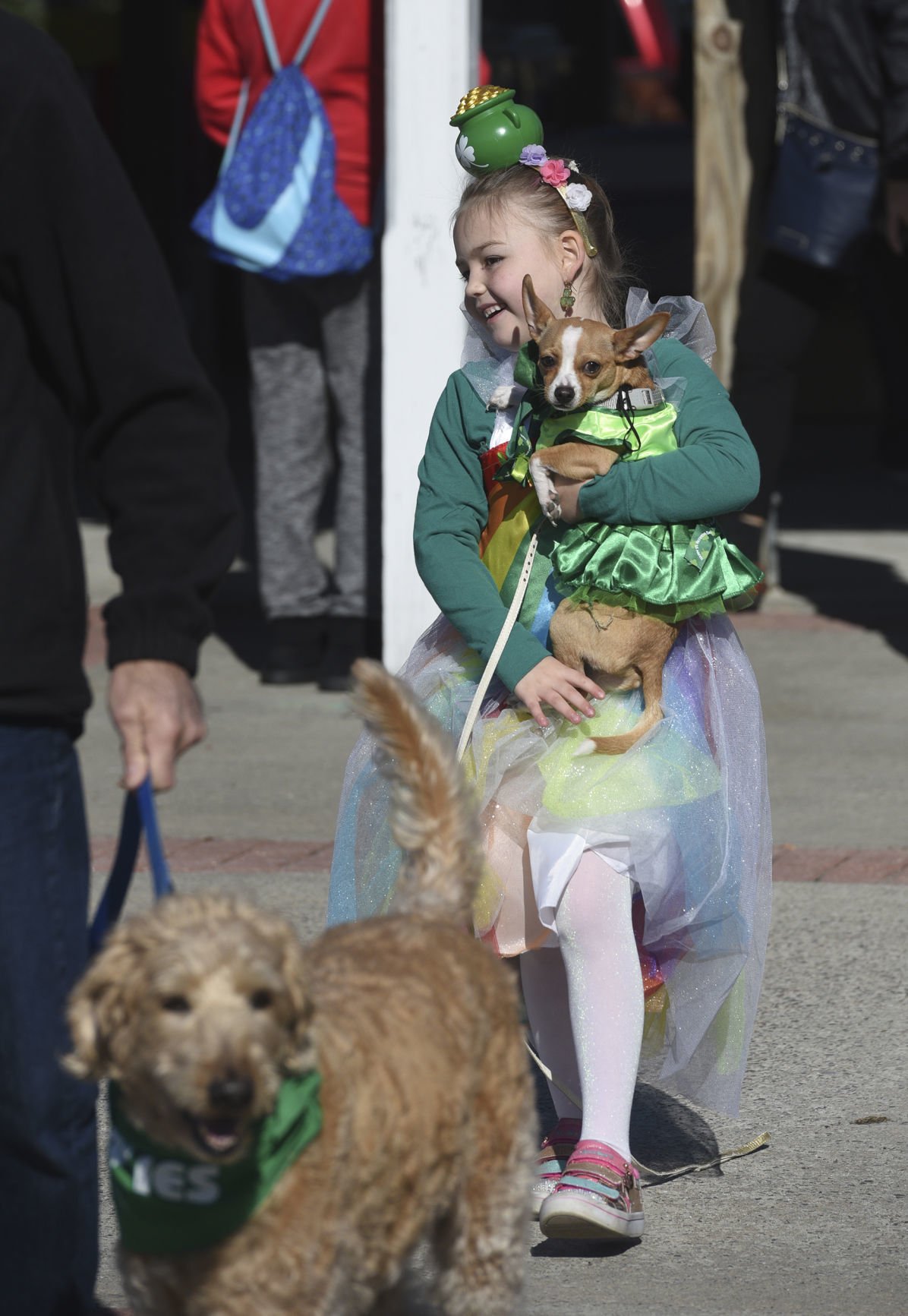 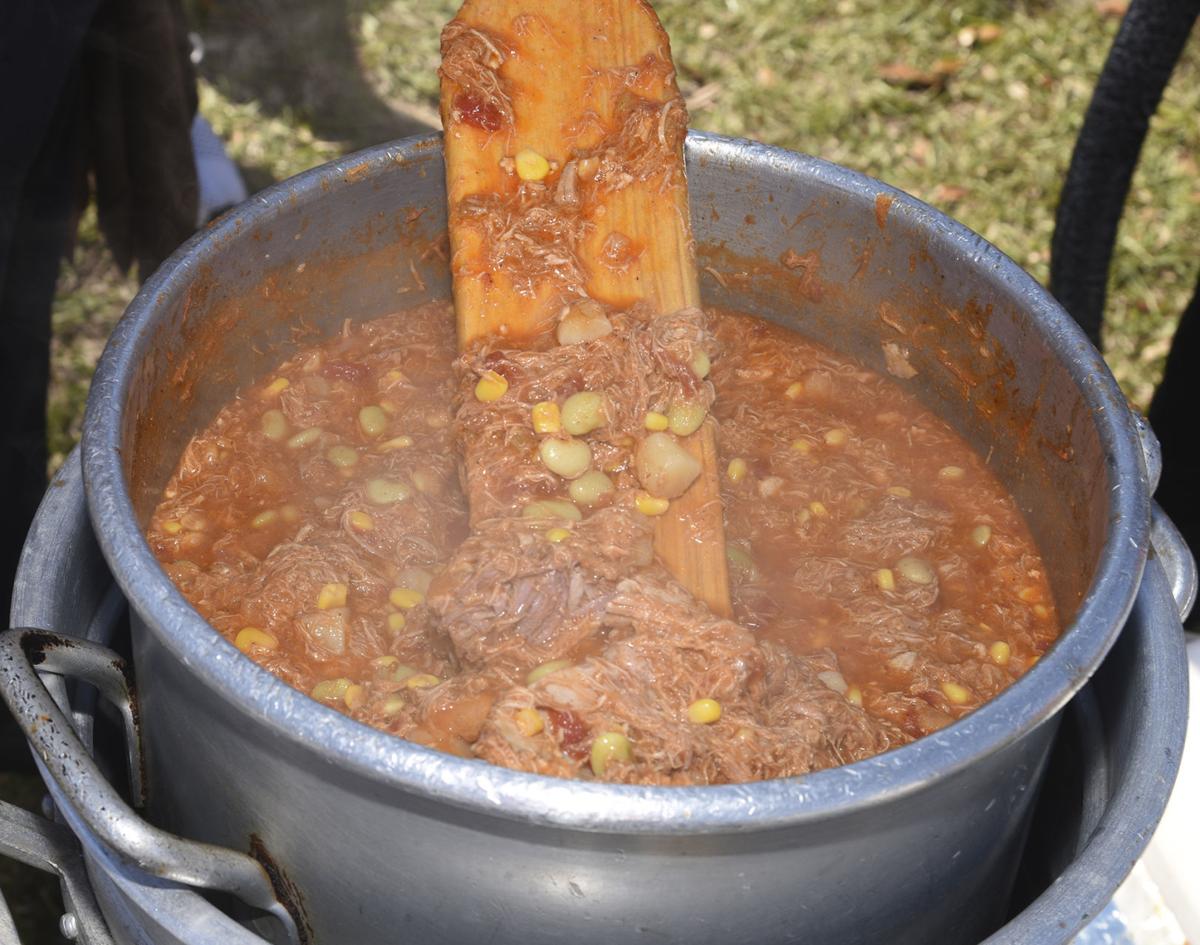 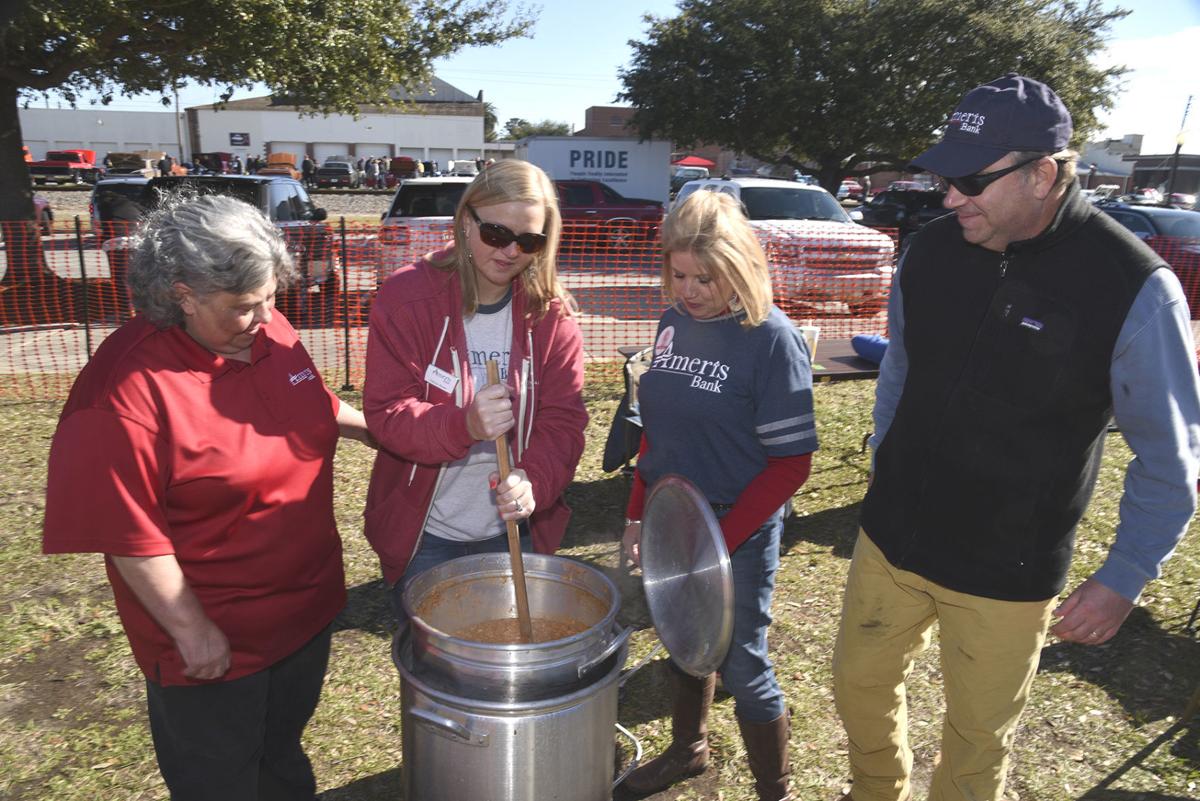 For locals, it’s well-known that the first batch was stirred up right over on St. Simons on July 2, 1898. In fact, there’s a pot and a plaque in Mary Ross Park to prove it. Of course, it seems like nothing in this town is easily won. So too with our stew. There’s been an ongoing dispute — for more than hundred years — with Brunswick County, Va., who claim ownership of the stew. They say theirs was stirred up in 1828 on a hunting trip (but where’s their pot to prove it?).

The different stories aren’t the only separation between our Brunswick stew and that of our neighbors to the North. It also uses different types of ingredients, namely the meat. While word has it that wild game — um, mostly squirrels and rabbits — were the first choice for Brunswickians, today, local chefs tend to opt for pork. It’s cooked-up in a tomato-base framed with butter beans, corn and okra. The Virginia version calls for chicken as the base with various veggies rounding out their mix.

I guess it truly all comes down to preference. (As for me, I’m a vegan, so I’ll let you guys work that one out.)

Regardless of the recipe, Brunswick (Georgia) and Brunswick County, Va., both love their stew. Both locations even have festivals to celebrate it. Theirs is held in Lawrenceville, Va., in the fall. While our city tried the same thing, as Coastal residents, it soon became clear that hurricane season probably wasn’t the best time for our fest. So it’s been moved — to January ... in fact, it’s next weekend.

The 21st Brunswick Annual Rockin’ Stewbilee will return to Mary Ross (home of the original stew pot) from 9 a.m. to 2 p.m. Jan. 25. All of the fixins will be on tap — the classic car show, the pooch parade and local bands. The tasting itself begins at 11 a.m. with teams from throughout the community coming together to put their best stew forward. Judges will choose their favs, while attendees crown the people’s choice winner.

If past years are any indication, this will be another fun, family event, one the community celebrates each year. So definitely make plans to check out this year’s incarnation. And, in the mean time, read over these fun facts about Stewbilees’ past and present.

• The event was once a two-day affair, featuring big time names like KC and the Sunshine Band and the B52s. It was scaled back after the 2008 festival when the community was hit hard by the economic recession.

• Funds raised from the sale of the tickets go directly back into the community. The proceeds benefit the Boys and Girls Club as well as the Kiwanis Club’s programing. (The nonprofit helps to organize the affair).

• In 2007, the Neville Brothers (sans Aaron who was sick) performed at the Stewbilee.

• If you catch Pier Pressure and the drummer looks familiar, that’s Lee O’Neal who plays with a ton of local bands.

• If you catch 3 Day Weekend and their drummer looks familiar, you might have some explaining to do — that’s Bruce McCullough, and by day, he’s a local sheriff’s deputy.

• To close, here’s one more. Turns out it’s not just Americans who enjoy a steaming bowl of Brunswick stew. It’s had some fans across the pond as well — namely, Queen Victoria. The 19th century monarch may have found the dish in Braunschweig, Germany, known as “Brunswick” in British English.

The Brunswick Rockin' Stewbilee will be held at Mary Ross Waterfront Park downtown. The day will begin with a motorcycle ride at 9 a.m., followed by band Pier Pressure at 10 a.m. with the Pooch Parade at 10:15. The stew tasting kicks off at 11 a.m. Band 3 Day Weekend will start playing at 12:15 p.m. A classic car show will be held simultaneously. Pre-sale tickets are $8 for adults and $4 for children. On the day of the event, adult admission is $10 with $5 for children. For more information, visit stewbilee.com.

Sparrow's Nest continues to help those in need during pandemic

The coronavirus pandemic has shaken the whole of humanity. Each day, the death toll rises across the globe. When it will all end is uncertain. But while life may be incredibly difficult right now, kindness proves to be a consistent source of hope.

Passover, Holy Week a time to look to the light

The Rev. Chris Winford loves a good rescue story. And the pastor of First Baptist Church in Brunswick only has to open his Bible to find truly inspirational tales.

Schools are closed, and students are home.

While the entire community is social distancing to prevent spreading COVID-19, a way to pass the time is by grabbing a good book and reading it.