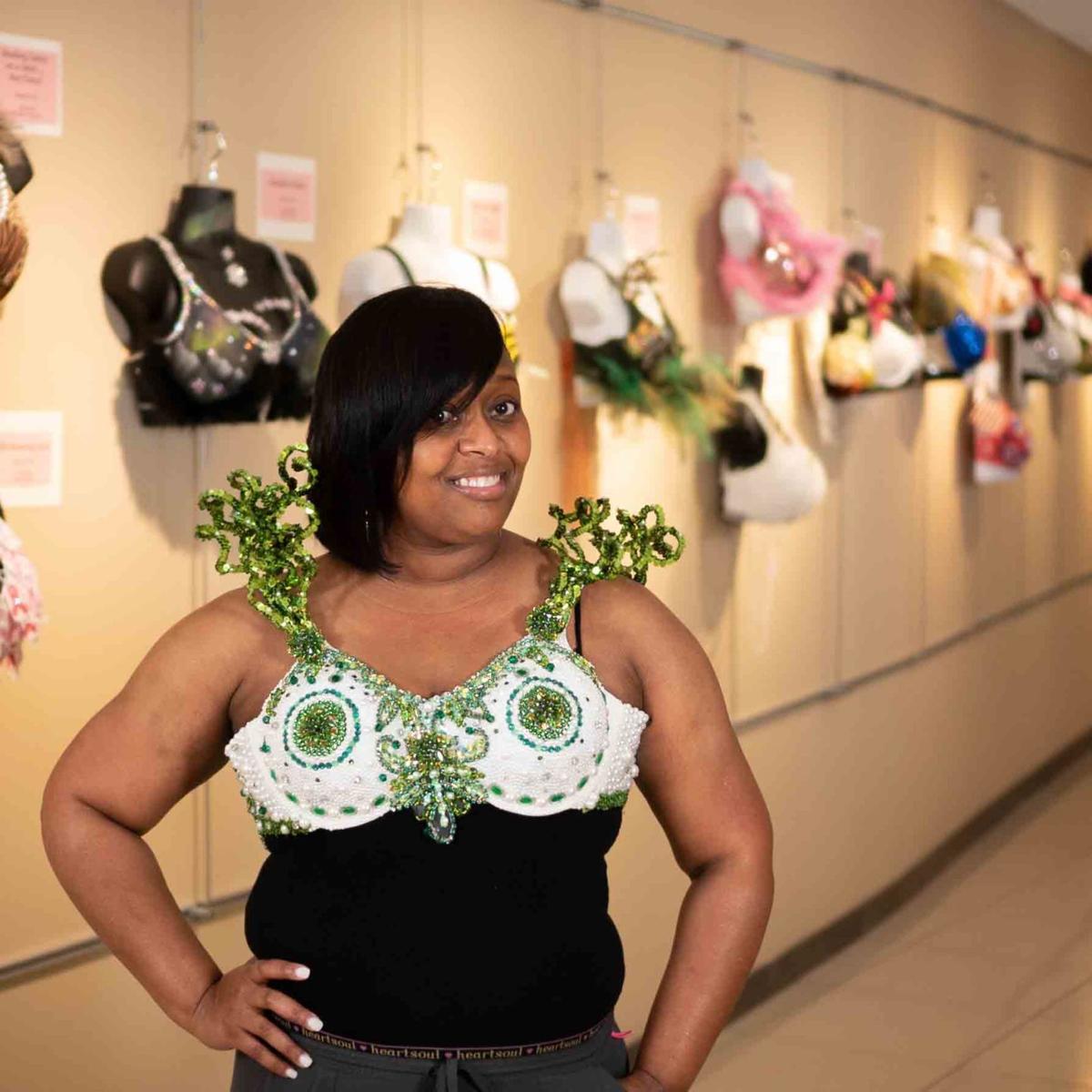 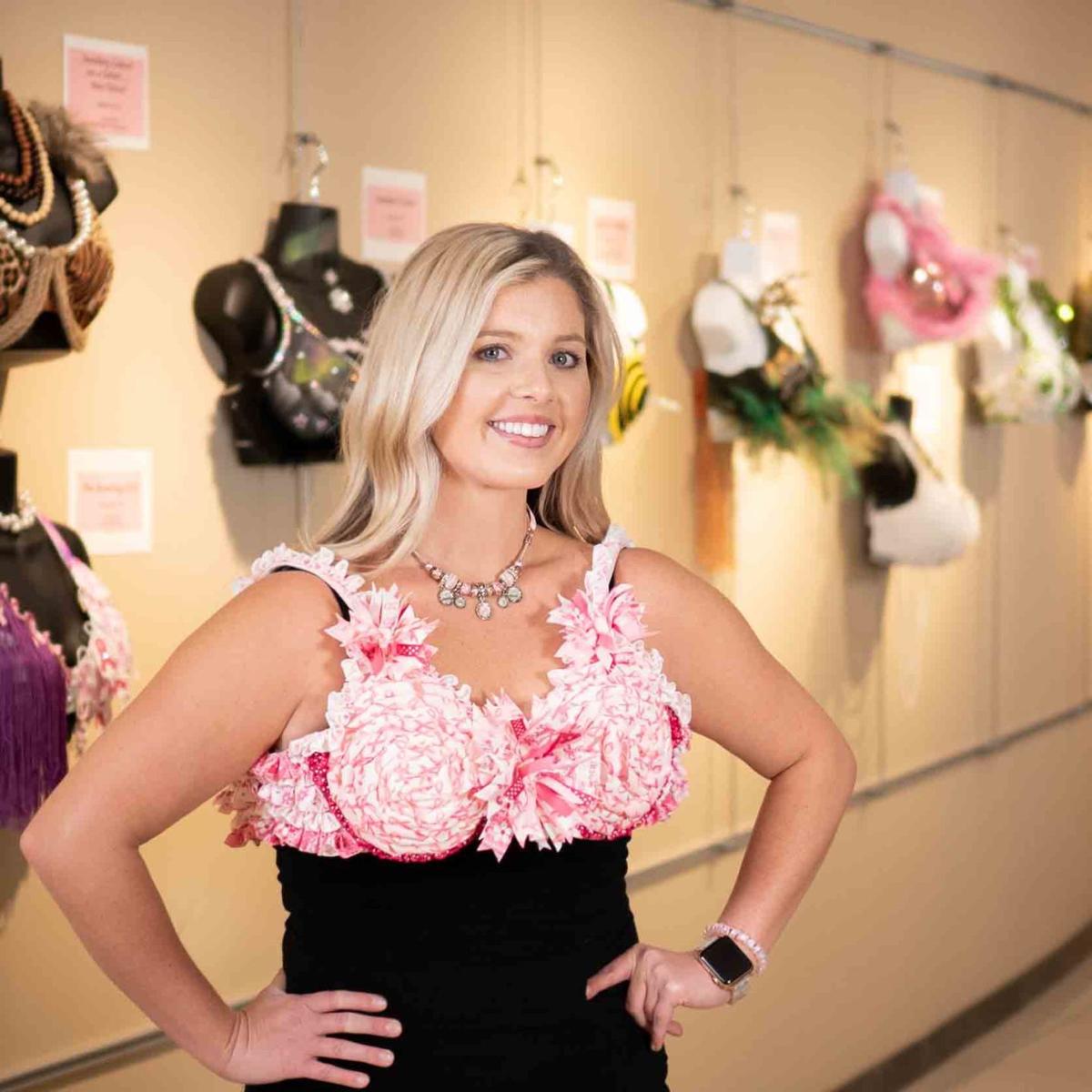 Logan Mobley, R.N. at the emergency care center of the Southeast Georgia Health System, is pictured modeling the second place bra, ‘Each Day Comes Bearing its Own Gifts Untie the Ribbons.’

Logan Mobley, R.N. at the emergency care center of the Southeast Georgia Health System, is pictured modeling the second place bra, ‘Each Day Comes Bearing its Own Gifts Untie the Ribbons.’

Developed to help increase breast cancer awareness, ARTrageous Bra entries were designed by health system team members, local businesses and community members. The bras were on display at the Brunswick and Camden campuses throughout October and the foundation collected $1 votes to determine the top 10 favorite bras.

The top 10 winners were:

• First place: “Emeralds, Diamonds & Pearls … We Value Our Girls” — the Brunswick Chapter of Links Inc. Health and Human Services Facet. It raised more than $1,900 in $1 votes.

• Third place: “Angel of Hope — May the Wings of an Angel Bring You Hope” — Parker & Pennington Dentistry.

“Awareness is critical for early detection of breast cancer. ARTrageous Bras is a creative, attention grabbing fundraiser and a visual reminder for all to remember to take care of their breast health,” Krista Robitz, director of development of the Southeast Georgia Health System Foundation, said. “We are extremely appreciative of all the enthusiasm from the participants, sponsors, voters and community.”