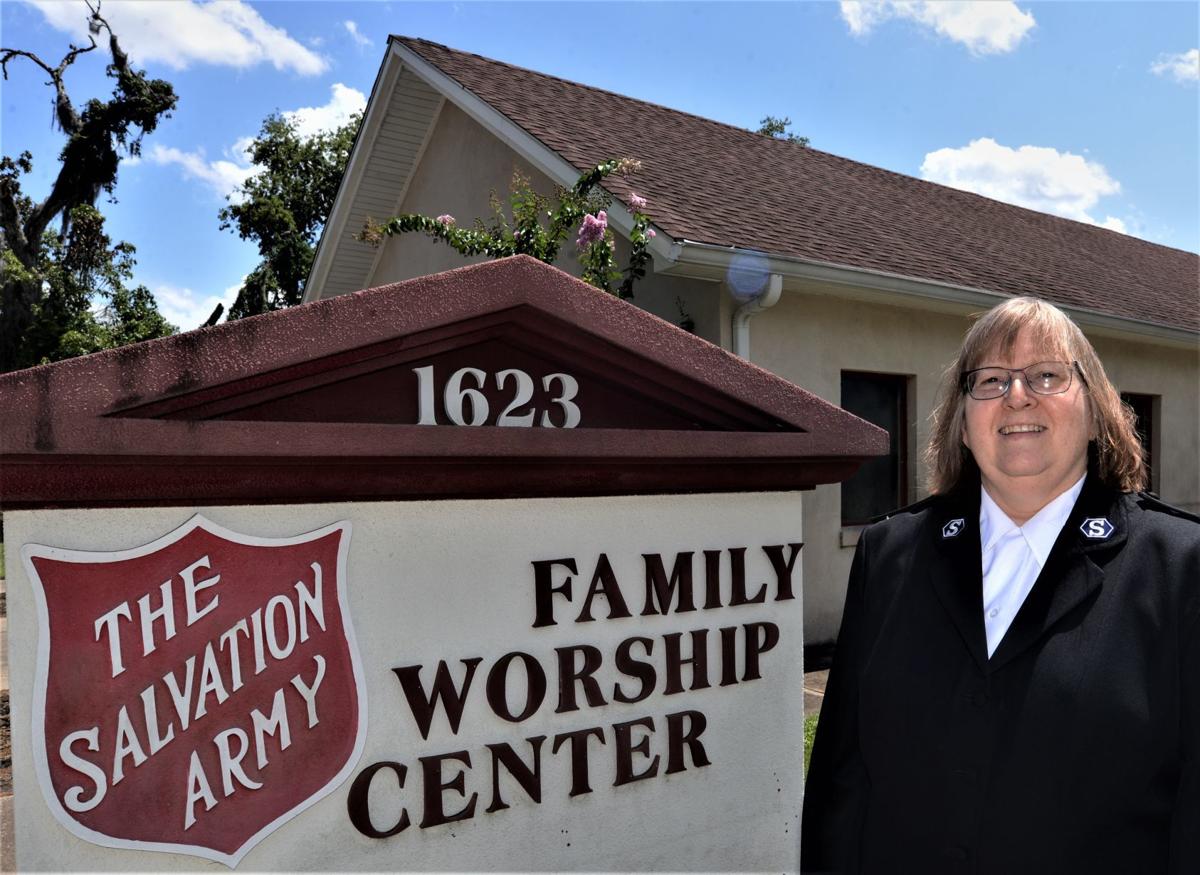 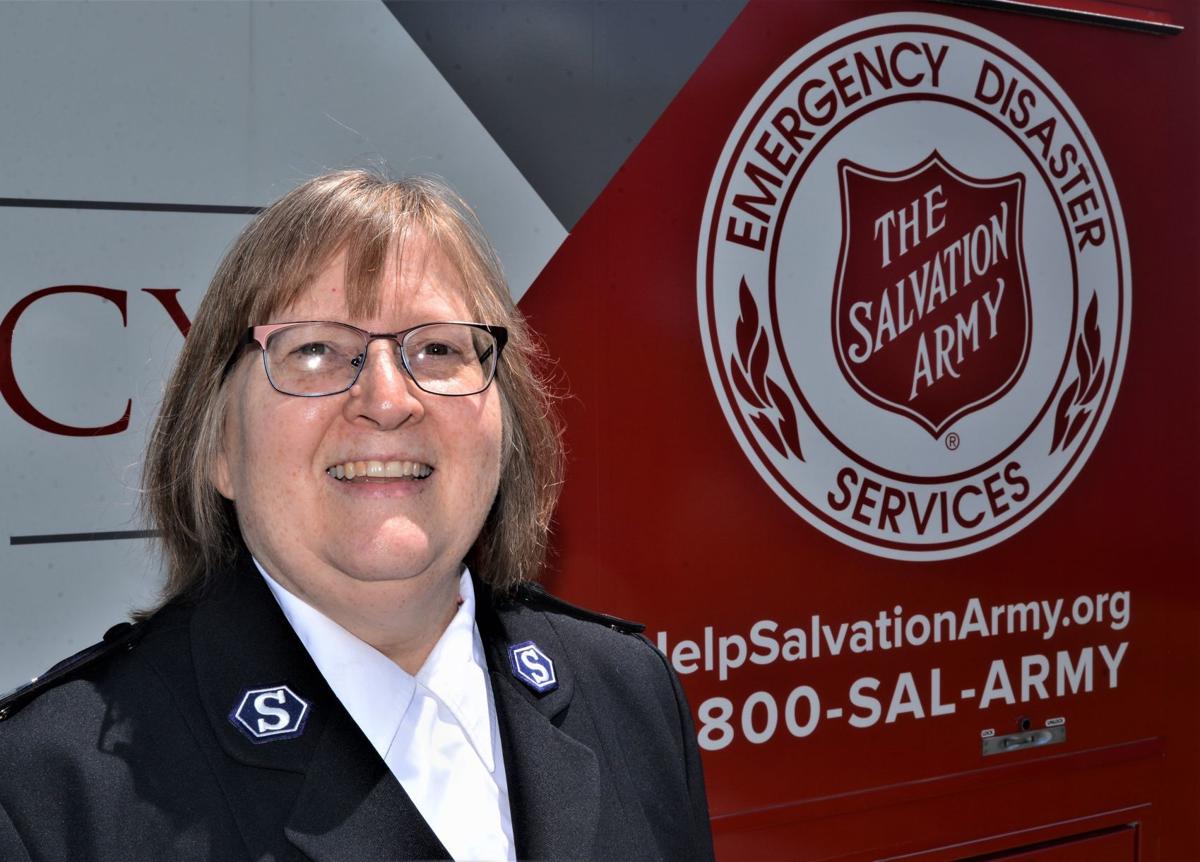 Sgt. Pamela Starr became the new leader of the Salvation Army in Brunswick just as a residential program changed to reflect the reopening of Georgia.

After three days on the job, Starr is now concerned she may have to reverse course and reopen the Salvation Army shelter around the clock rather than the normal 7 p.m. until 7 a.m. hours.

During what was thought to be the peak surge in COVID-19 infections in Georgia over the past three months, the Salvation Army tested all of its 26 shelter residents and restricted their day and night movements if they wanted to stay in the shelter. As soon as the Salvation Army returned to near normal, positive cases shot up leaving Starr to contemplate what to do next.

These are strange times for the career officer who left teaching in 1990 to become a youth minister for the Salvation Army in Clearwater, Fla. As she did then, she is following Maj. Nancy Fuller. Fuller and her husband, John Fuller, also a Corps major, had been on a temporary sixth-month assignment in Brunswick. With their job done, the Fullers went back into retirement in June.

“She did a lot for this Corps in the short six months they were here,’’ Starr said.

Starr follows Nancy Fuller in other ways with a cheerful, open optimism that both Fullers displayed.

She has done a lot of training with the Salvation Army, but the coronavirus is unlike any of the many disasters in which she has worked to provide relief.

She’s worked in the debris of hurricanes, tornadoes and floods, Starr said, “But a virus that has taken the whole nation? I’ve never dealt with this.”

She says that, however, with a confidence that shows she will deal with it.

Her worst disaster was Hurricane Andrew, a Category 5 storm that struck South Florida in August 1992. Recovery took a long time, she said.

“Two months after that storm, we’d be riding down the road in the dark and know there were houses out there,” she said. “It was pitch dark, and now and then we’d see lanterns and fires. You’d know there were people there but there was no electricity. It was utter destruction around Homestead.”

She has served a lot of places with the Salvation Army after becoming an officer in 1993 after two years of training.

She served, in order, in Johnson City, Chattanooga and Jackson, Tenn., Hopkinsville, Ken., and then back to Chattanooga. She was then assigned to Charlotte, Baltimore, Salisbury and Kinston, N.C., and most recently, Valdosta.

“I was married throughout all this,’’ and had been promoted to major in Salisbury in 2008. It was in Valdosta that her marriage ended after 25 years, and by the Salvation Army’s rules, she was demoted to sergeant event though she was not the one at fault, she said.

She hopes to get her rank back, and Nancy Fuller, who has known her for years, predicted last month that Starr had only to serve the required year as sergeant before she is restored to major.

She is delighted with her new assignment having lived so long in Florida.

“I am so happy to be back by the ocean and smell the salt water,’’ she said.

Asked what her main goal is in Brunswick, Starr’s answer shows she believes in the salvation part of the organization above all else.

“My biggest challenge is to get the word of Christ out there, to draw people to Jesus’’ she said.

When people become strong in the Christian faith, they can stand on their own while spreading the Gospel themselves, she said.

She believes she has just the staff to carry out the mission to “draw, develop and deploy.”

“I found some very hardworking employees who just kept fighting on,’’ she said. “They’re making a difference in some very difficult times. They’re very resourceful.”

The staff works in the compound that includes the shelter with its food pantry, the administrative offices and the chapel where Sunday services are held. The disaster response truck sits ready with the painted-on promise “Hope is on the way.”

She has two children with her. Her oldest daughter, 25-year-old Jackie, lives out of town while her middle child, Jennie, 21, lives with her and will attend College of Coastal Georgia in the fall. Her son, Josh, 17, had said he would enroll at Glynn Academy, but has since changed his mind. He will live with his father in Valdosta and complete his senior year at Lowndes County High where he makes A’s but for an occasional B, plays cornet and leads a section in the Georgia Bridgemen, the school’s massive marching band.

Meanwhile, she may have to provide round-the-clock housing for up to 16 men and 10 women, the capacity of the shelter. When things were at their worst, the chapel sanctuary was used for housing the excess capacity.