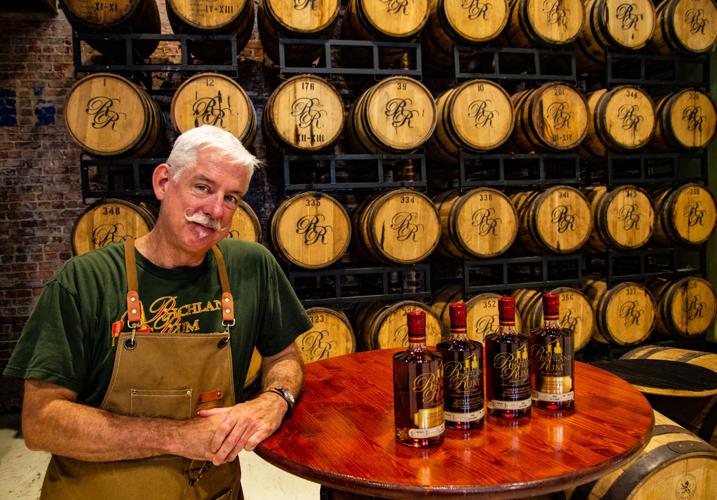 Buddy Smith with the some of the first Richland Rum distilled at the Brunswick location. He stands in front of aging barrels. 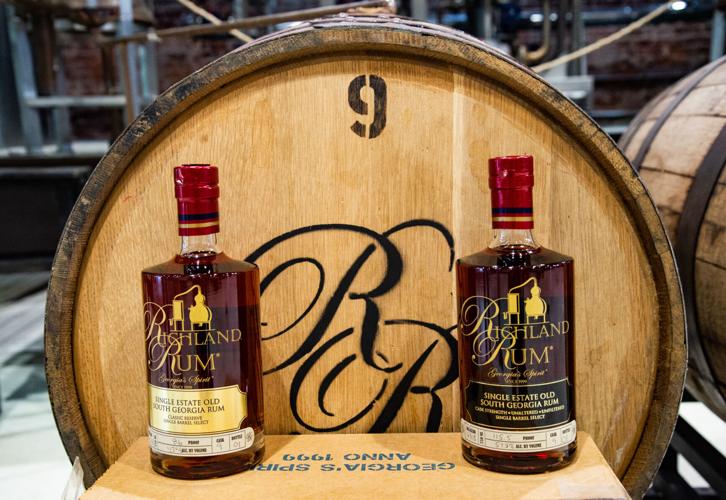 Two bottles of the first Richland Rum distilled totally in Brunswick in front of barrel 9 in which the rum was aged. 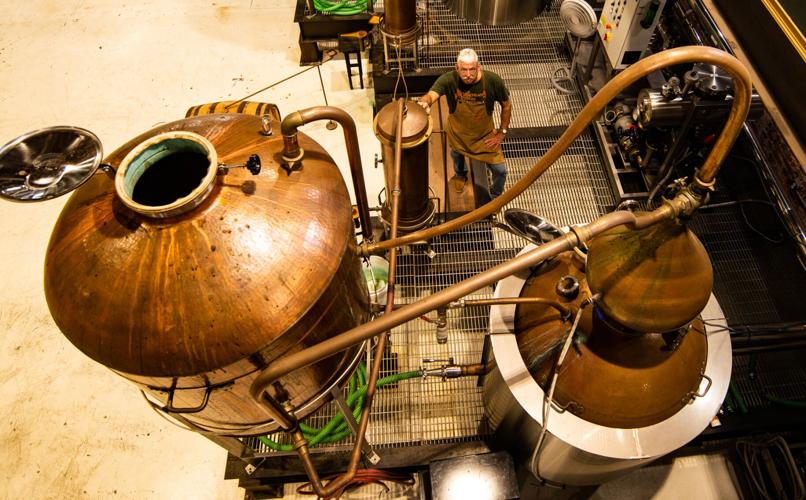 Buddy Smith at the base of the big, hand-made copper distillery equipment at Richland Rum on Newcastle Street. 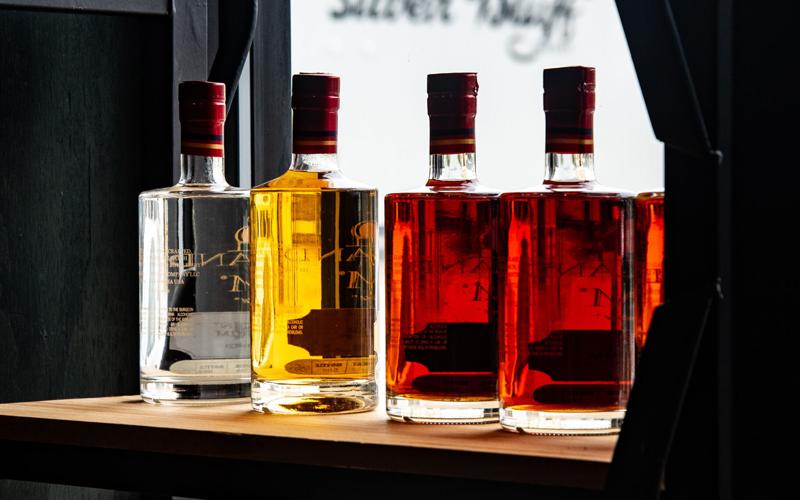 Bottles of rum catch the light at the Richland Rum distillery and tasting room in Brunswick.

Buddy Smith with the some of the first Richland Rum distilled at the Brunswick location. He stands in front of aging barrels.

Two bottles of the first Richland Rum distilled totally in Brunswick in front of barrel 9 in which the rum was aged.

Buddy Smith at the base of the big, hand-made copper distillery equipment at Richland Rum on Newcastle Street.

Bottles of rum catch the light at the Richland Rum distillery and tasting room in Brunswick.

Buddy Smith has been waiting for four years to share the first bottle of entirely Brunswick-made rum from the Richland Rum distillery in downtown Brunswick.

“You have to be patient at every single step of the process for it to be good,” Smith says. “We waited for four years for this payoff, and it was worth it. Barrel 9 is so good.”

Barrel 9 is the first of three barrels of entirely Brunswick-made rum the distillery is bottling for sale. Those three barrels were part of a batch of seven that started aging at the same time four years ago.

“The other four are back on the rack until next year,” Smith said. “Some you have to wait five years, but the bottles are amazing.”

Once it goes into the barrel, Richland ages its rum for a minimum of four years, according to Smith. The three barrels opened this month were all sealed in 2018, when the distillery opened its downtown Brunswick location.

Because the company relies on the flavors and color derived from the barrel, it’s hard to tell when it’s going to come out just right. Four years is a good minimum, but some take five or more, he said.

There’s no substitute for the real deal, he said. Well, there is, but not one Richland Rum is willing to use. He says it’s not unusual to see rum bottled prematurely, with the right color achieved via coloring chemicals and with added sugar to improve the taste.

The overwhelming majority of commercial rums also are made with molasses, a byproduct of processing sugar cane into granulated sugar, Smith said. Richland Rum makes its product from pure sugar cane grown in Richland, Georgia. He admitted the company could probably make more money that way, but doing so would compromise its quality.

“It’s ready when it’s ready,” Smith says. “All the color and flavor comes from barreling techniques. There’s no added sugar or coloring … It’s got a lot of caramel and vanilla, which comes from the oak (barrel).”

Barrels are all new and never reused, he added, meaning the final taste is dependent entirely on the barrel material and barreling techniques used.

This particular batch of three barrels — bottled in two varieties, one at 86 proof and another at cask strength — came out perfect at four years, he said.

This time of year is perfect for the release, he says, as the latest batch will make for perfect sipping rum on the cold days to come.

To mark the occasion, Richland Rum in Brunswick is selling a maple collector’s box with two bottles from Barrel 9, two from Barrel 11 and one bottle of its Virgin Coastal Rum, unaged and unfiltered straight from the still, all made 100% in Brunswick.

Hurricane Ian trudged beyond Glynn County late Thursday night in the Atlantic Ocean, leaving scarcely a trace of its passing in the Golden Isles, but it easily could have been a lot worse.