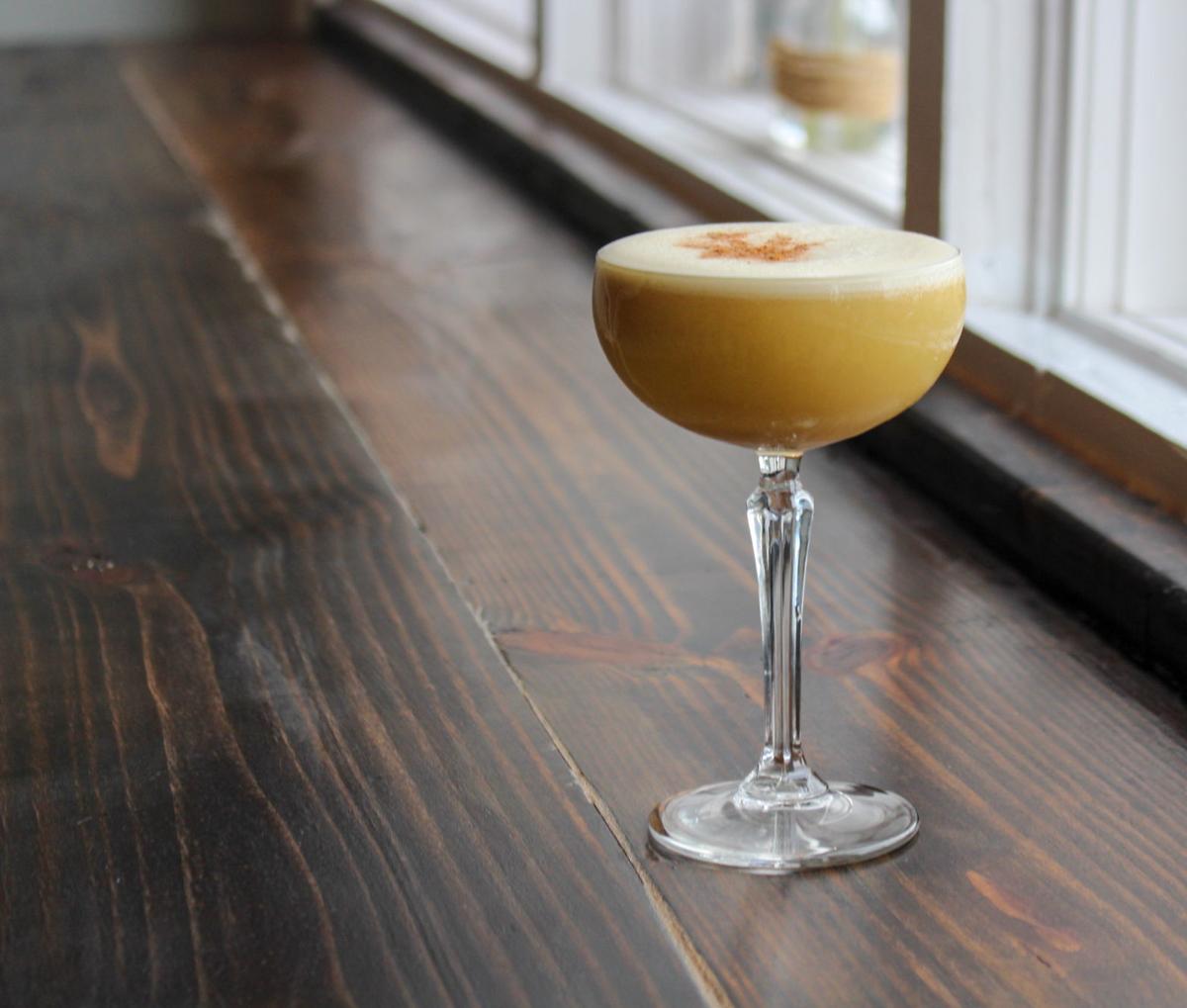 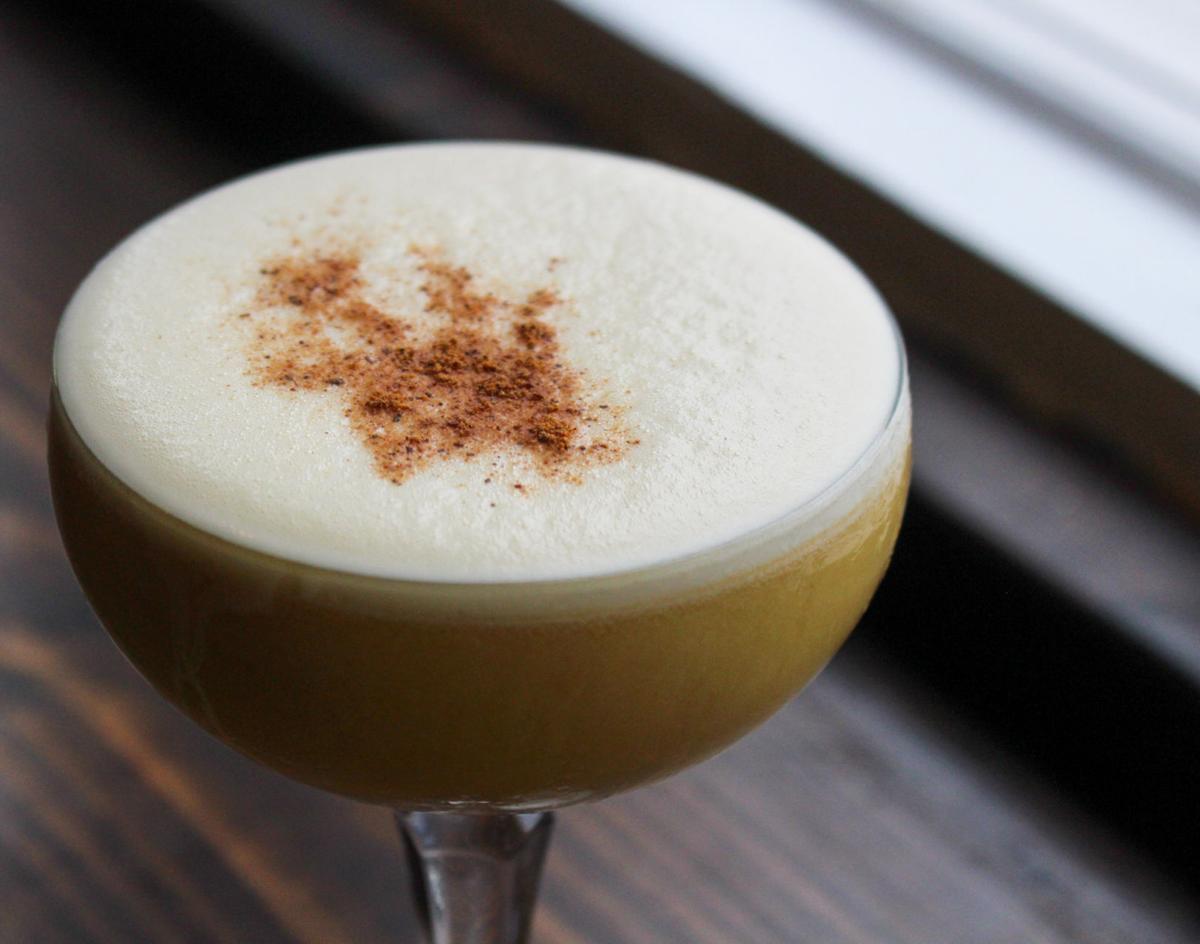 Stepping into to Reid’s Apothecary in downtown Brunswick feels much like waltzing into a Charleston or Savannah hotspot. The restaurant housed in a historic building — complete with an adjoining speakeasy — serves up major big city vibes.

Offering something unique was owner Chris Gantt’s goal when he opened the doors year and a half ago. Gantt says while all of downtown is special — Reid’s is really one-of-a-kind.

“I would say what sets us apart is we’re always pushing the envelope,” Gantt said. “What you’re coming here to experience is our creativity and our ambiance and the feel of the place — you’re not paying for a specific drink.”

Gantt moved to the Golden Isles about three years ago with a hotel group from Raleigh, N.C. He recalls driving around downtown countless times. Taking in the historic feel of the district proved to be his inspiration for Reid’s.

“Our theme of Reid’s Apothecary and the speakeasy we have that really brings that exposed brick feeling — the 1920’s theme. It takes it back to when the Oglethorpe (Hotel) was up and running — so it’s just trying to tie the old with new,” he said.

The Golden Isles brings people from all over the country to visit and experience the Georgia coast. Gantt says he loves the other downtown locations because they also help lure in visitors from the islands.

“It’s necessary to be here because a lot of the people who travel, they want something familiar and unique at the same time. So they always want to find a local favorite spot, and we’re quickly becoming a local favorite. We are very appreciative of it,” he said.

During the early days of the pandemic, Gantt closed the restaurant for two months out of caution. Once they reopened, the support from patrons was overwhelming.

“We have literally seen the community come together and make sure that we’re here,” Gantt said. “We’re very lucky and very happy that the community likes us — I couldn’t be more ecstatic. We’re just in awe that people like coming here.”

Reid’s Apothecary is now open for regular hours with all staff required to wear masks. Socially distanced tables are still in effect, as are curbside and to-go options.

And now with the arrival of September, a new menu will soon roll out. Gantt loves to experiment, seeking to add a bit of fall flare to his dishes and cocktails.

“Our fall food menu should be out by mid-October,” Gantt said. “It’ll have really awesome cocktails, as well. The Delicate Flip is a good (one). You mix the apricot with cognac, and it gives you that really warm feeling.”

A “flip” is a drink category that dates back to the 1600s and was widely used by English sailors.

Today, it can be made with or without alcohol. Gantt says to make a non-alcoholic version substitute apple cider or hot tea for the cognac. He says you can also make an apricot sugar shrub, which is also reasonably easy to make at home.

As for the alcohol version, Gantt prefers to use Luxardo Apricot Liqueur, and he serves it in a martini glass. Aside from the liqueur, it has another special ingredient that adds a little bit of pizzazz to the mix — an egg.

“So when you use all whole raw egg, it

gives you this nice little lip of foam, and it turns into this like creamy texture almost like milky texture to it,” Gantt said.

“It’s the perfect fall-winter drink. It’s nice and warm because the cognac and the nutmeg gives it that holiday feel, and it has a really good texture. Then the cognac is just nice and warm, and the apricots’ flavoring is really good.”

Whenever making any cocktail with eggs, egg white or egg yolk, always do a dry shake primarily, which means no ice.

Then, add the half-ounce of simple syrup. Add an ounce of apricot liqueur and two ounces of cognac. After doing a vigorous dry shake for about 15 seconds, add half a cup of ice and shake well again. Double strain it into a martini glass.

Double strain the mixture into a martini glass. Sprinkle the fresh nutmeg on top and serve without ice.

To make the mocktail version, use simple syrup and fresh apricot to make a shrub. Add the apricot shrub, simple syrup, and then add in the replacement of the cognac — hot tea or apple cider.

Mix it the same way as the version with alcohol.

In a medium bowl, mash the apricots and add sugar. Stir to combine. Cover and place in the fridge for at least 12 hours — preferably, two days. A syrup will form.

Strain the syrup from the fruit. Mash the fruit in the strainer to extract as much syrup as possible. Add the vinegar to the syrup and whisk to combine.

Bottle the shrub and serve. Store in the fridge and keep tasting, the flavors will meld over time.

No complaints yet as new St. Simons roundabout opens

Seagals Cove Children’s Boutique presented a check to No Kill Glynn County for $7,747.76 as …