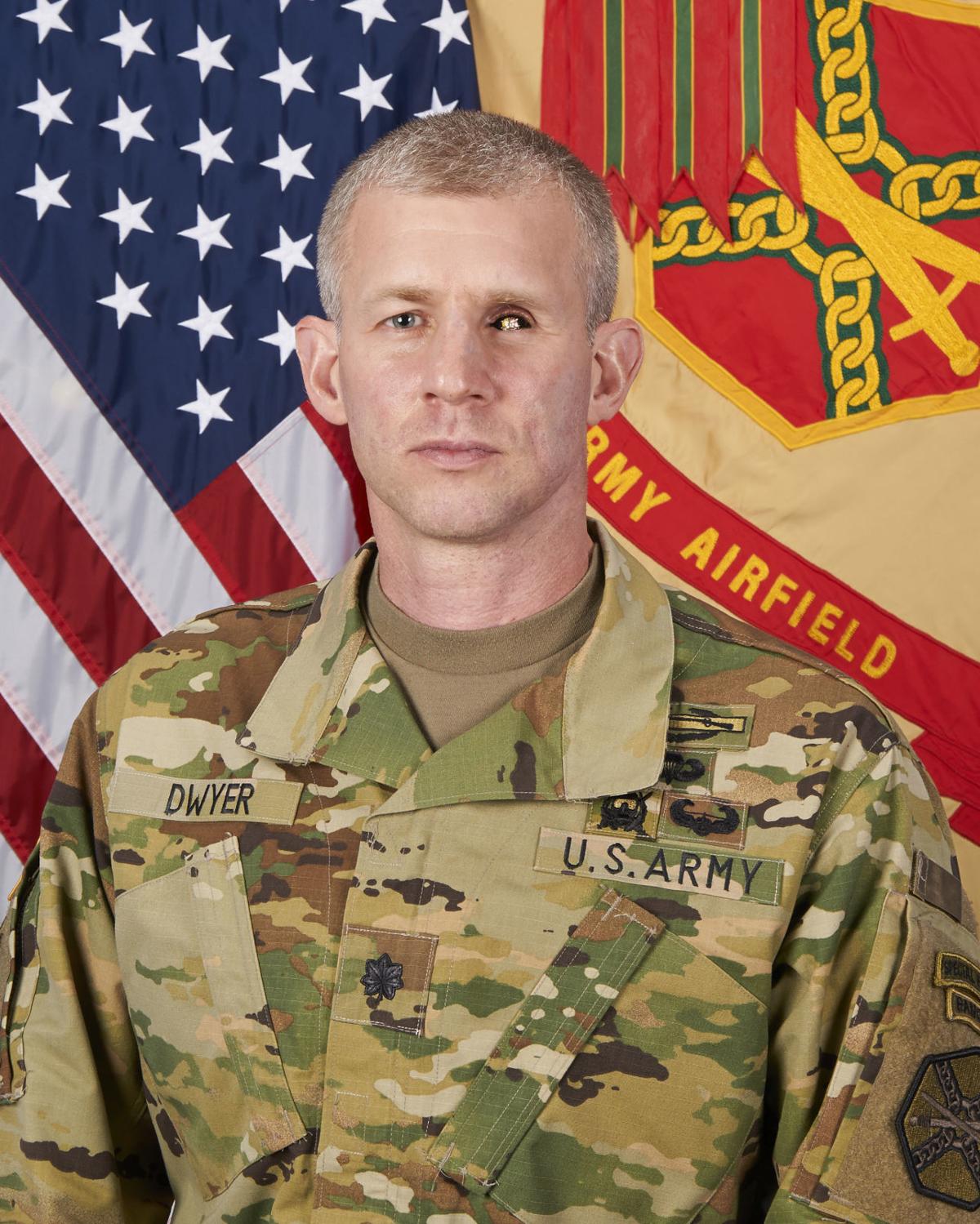 Lt. Col. Kenneth Dwyer is pictured. Dwyer lost his left hand, eye and endured other injuries in 2006 when he was struck by a RPG while serving in Afghanistan. 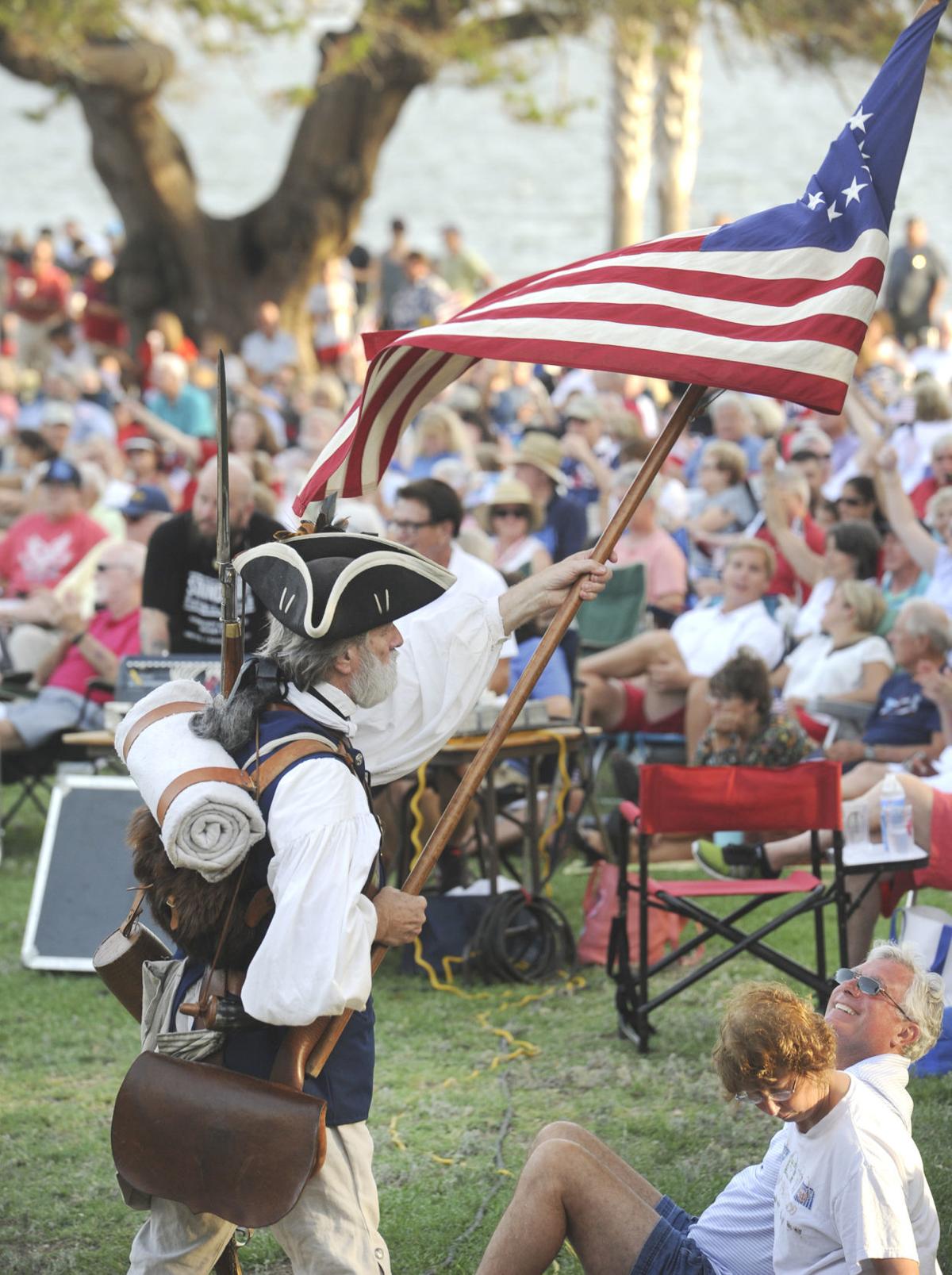 William Temple, dressed as a Revolutionary soldier, waves the flag during a previous Taps at Twilight event. 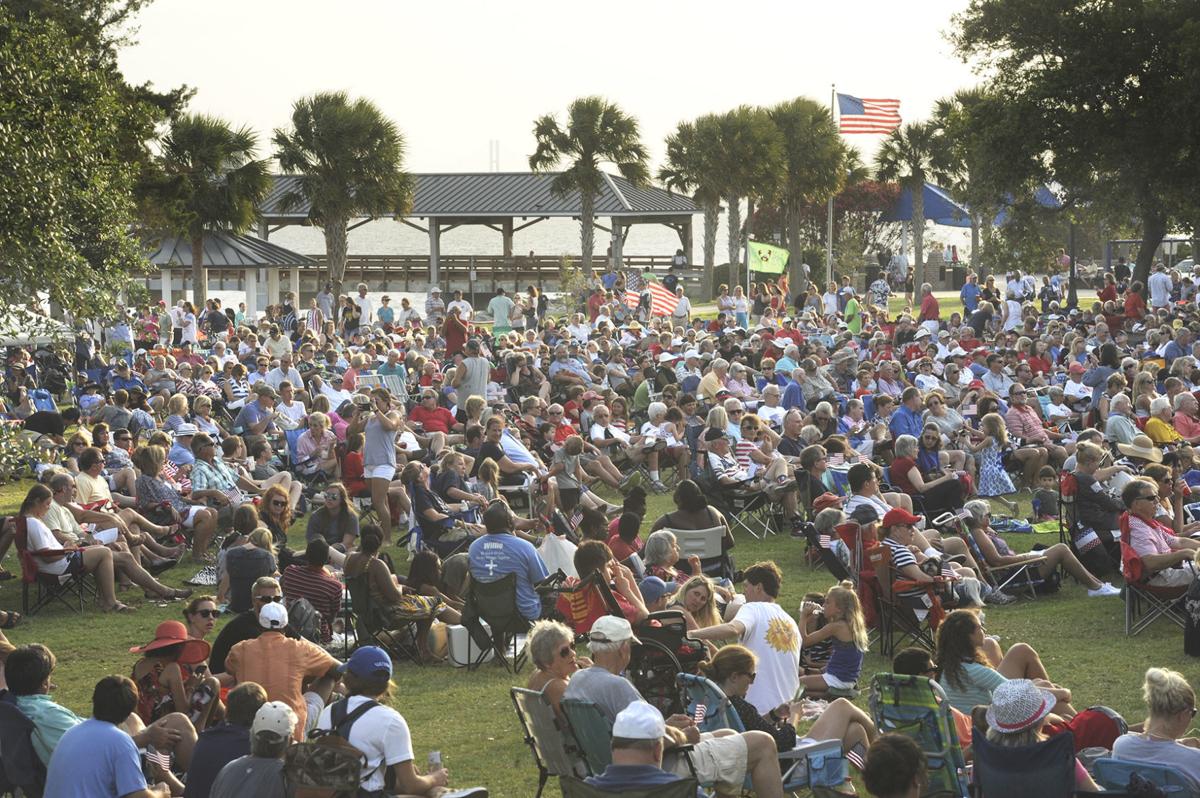 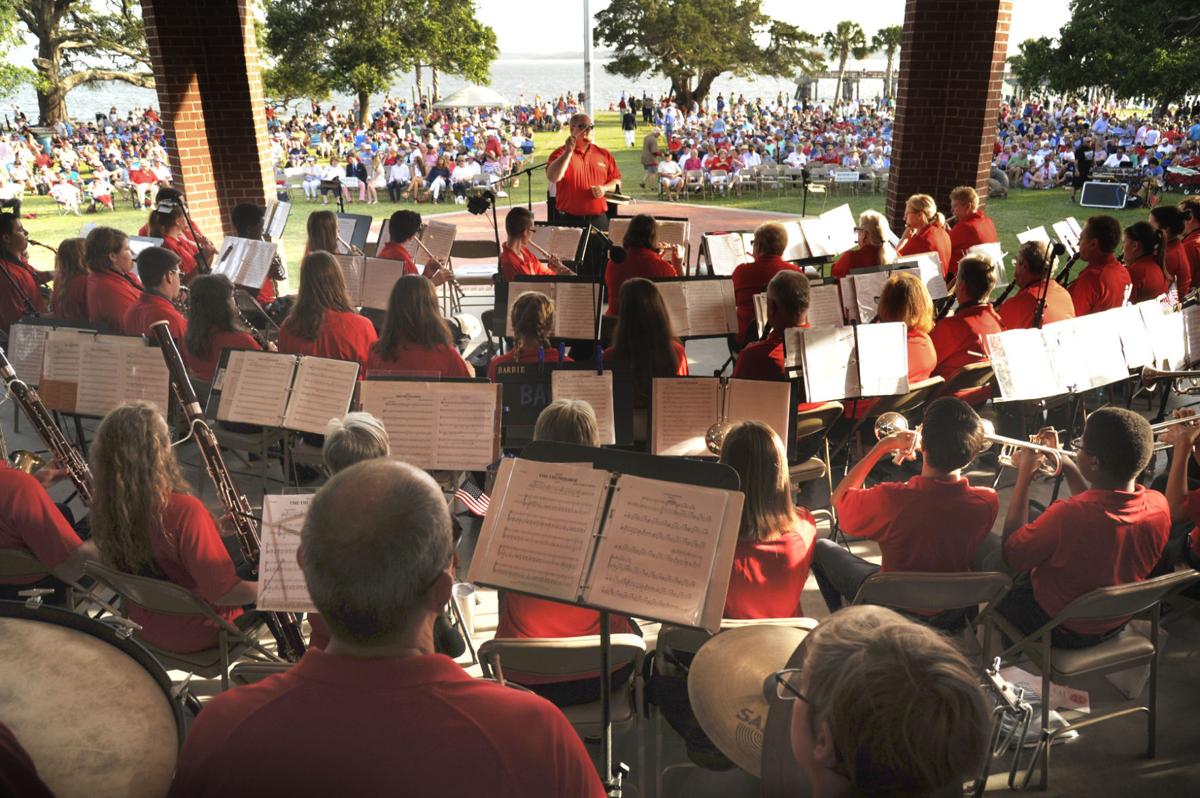 Under the direction of Alan Wendel, the Golden Isles Community Concert Band performed for the crowd at Neptune Park gathered for a recent Taps at Twilight.

Lt. Col. Kenneth Dwyer is pictured. Dwyer lost his left hand, eye and endured other injuries in 2006 when he was struck by a RPG while serving in Afghanistan.

William Temple, dressed as a Revolutionary soldier, waves the flag during a previous Taps at Twilight event.

Under the direction of Alan Wendel, the Golden Isles Community Concert Band performed for the crowd at Neptune Park gathered for a recent Taps at Twilight.

Like many who enter the America’s Armed Forces, Lt. Col. Kenneth Dwyer came from several generations of military men.

“I’m a third generation military brat. My dad had 20 years of service in the Air Force. My grandfather served 20 years in the Navy. I joined the Army to round it out,” he said.

Growing up with a father in the service, also meant a lot of moving around. As a child, Dwyer spent time in the Carolinas, Georgia and Florida. He lived for stints out west too. Even so, it’s the South that made the greatest impression on him long term.

He carried that mentality through college at Furman University in Greenville, S.C., before joining the Army as an infantryman, and later becoming a Green Beret officer within the special forces.

“I was on my third tour when I got severely injured. I was hit with a rocket propelled grenade when we were caught in an ambush. I lost my left eye, my left hand and most of my functioning brain cells,” he teased.

Dwyer’s sense of humor helped to pull him through his 6 month recovery at Walter Reed Military Hospital in Washington, D.C., and later onto resuming his military career.

He credits the attitudes of those around him with helping him transcend many trying times.

“If you surround yourself with positive people and have a purpose and sense of humor — with those three things you are on your way to overcoming anything.”

Of course, Dwyer lives daily with an overwhelming sense of gratitude for those who saved him, making great sacrifices themselves to do so.

“I wouldn’t be here if the guys on the ground didn’t care more about the lives of their brothers than themselves. My guys made sacrifices to put me back together and it’s a powerful lesson that’s stayed with me for 13 years. I’ve tried to live up to the example of selflessness they set that day,” he said.

That idea of selfless sacrifice is one that he will be sharing when he takes the stage as the keynote speaker at Taps at Twilight. The 26th annual event, sponsored by the St. Simons Island Rotary Club, will be held at 6:45 p.m. Monday at Neptune Park on St. Simons Island. Music, including Taps itself, will be provided by the Golden Isles Community Concert Band, followed by the National Anthem led by vocalist Terry Clayton, who will also lead the audience in a group version of Lee Greenwood’s song, “I’m Proud to be an American.” There will be a posting of the colors, a wreath presentation and invocation, as well.

For Susan Imhoff, this year’s event chair, Taps at Twilight is always a special time to honor service men and women, primarily those who gave the ultimate sacrifice.

“The St. Simons Island Rotary Club has established the Taps at Twilight Program to honor the men and woman who have fallen in the service of our country, those who valiantly served and returned, and those who are serving today. The tribute was begun in 1991 as an annual observance of Memorial Day,” Imhoff said.

The ceremony is always a moving one, particularly for those who have served like Dwyer. Taps may be a simple bugle call but the tune touches the heart of all who hear it.

That is especially true for Dwyer, who has often heard it played at funerals of friends.

“It’s obviously a very simple gesture but it is a powerful thing, especially if you have gone to see so many of your friends that laid to rest. It’s very emotional and it’s really hard to put into words,” he said.

“It’s that, I won’t say ‘final goodbye,’ but that moment you know you’re not going to see your boys again.”

It’s a sacrifice that Dwyer never wants to be forgotten. He has even created a unique token of remembrance.

“I don’t wear a regular prosthetic in my eye. I wear one that has the special forces regimental crest embedded in it as a tribute to all of my guys who never came back to their families,” he said.

“It throws people off, but they also ask about it and gives me a chance to talk about the great people who served.”

He’s looking forward to having that opportunity on Monday when he travels to St. Simons Island for the first time. Now stationed as the garrison commander at Hunter Army Airfield in Savannah, the Purple Heart recipient is excited to meet members of the community.

“It’s been such a great experience being part of the Coastal Empire. It’s unlike any place I’ve lived in my 21 years with the Amy. I’m sure I’ll have the same warm welcome there ... it’s Southern hospitality amplified by 1,000. More than I’ve ever experienced, people here have big hearts and care about the military,” Dwyer said.

“They are so appreciative and thankful every time they go up to a soldier to shake their hand or hug their neck. And they really mean it. It’s not just lip service.

It’s a message he will share Monday but hopes that attendees will carry it with them every day.

“We talk about it on Memorial Day because that’s when it really hits home. But ‘freedom really isn’t free’ ... we say that a lot but we don’t reflect on the fact that 1.4 or 1.5 million soldiers have sacrificed their lives for their country in conflicts since the Revolutionary War,” he said.

“I’m unbelievably proud to be a part of the warrior lineage over the last 243 years that has made us who we are today.”