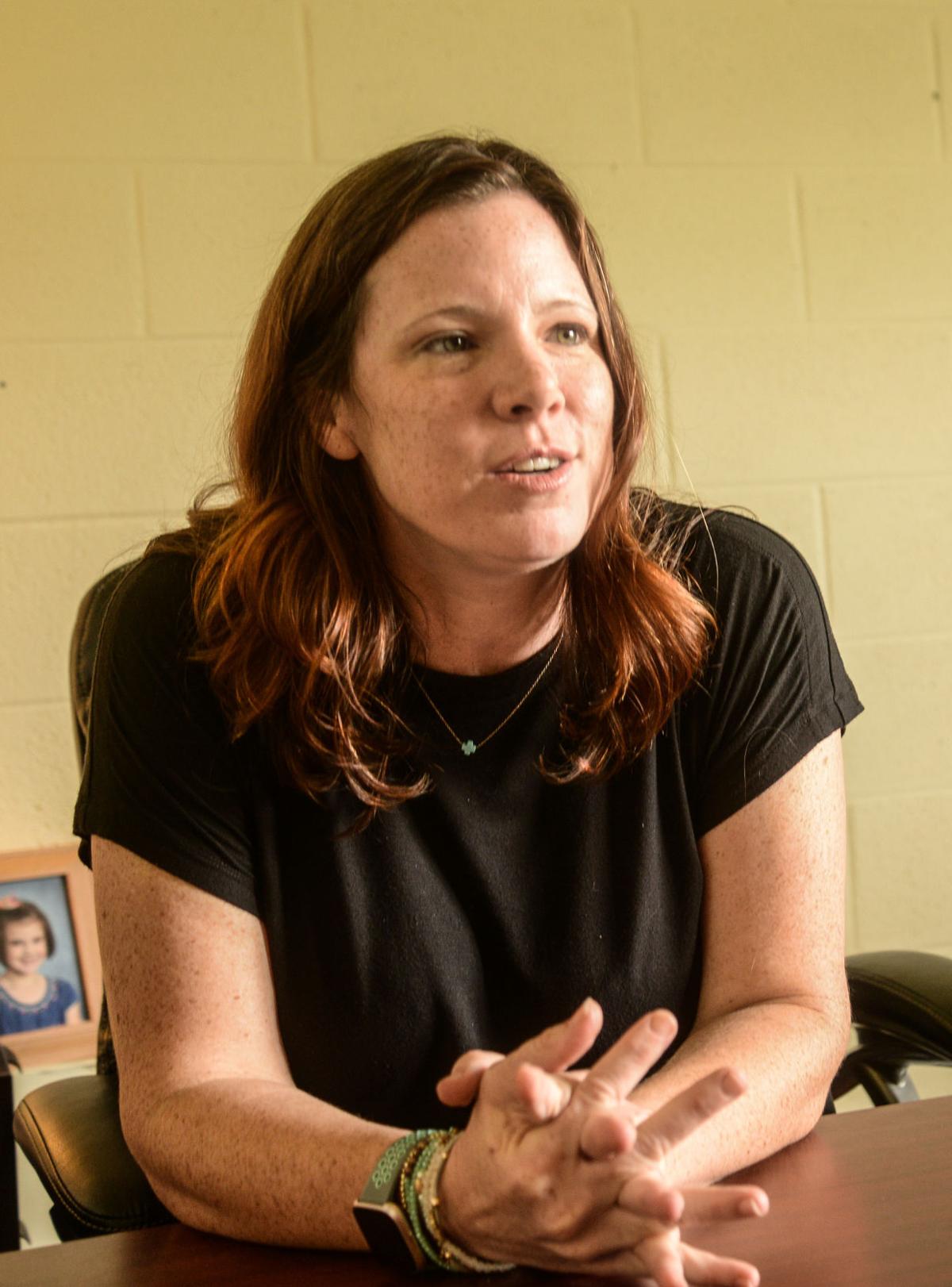 Jenna Kennedy speaks in her office at Sparrows Nest in Brunswick. 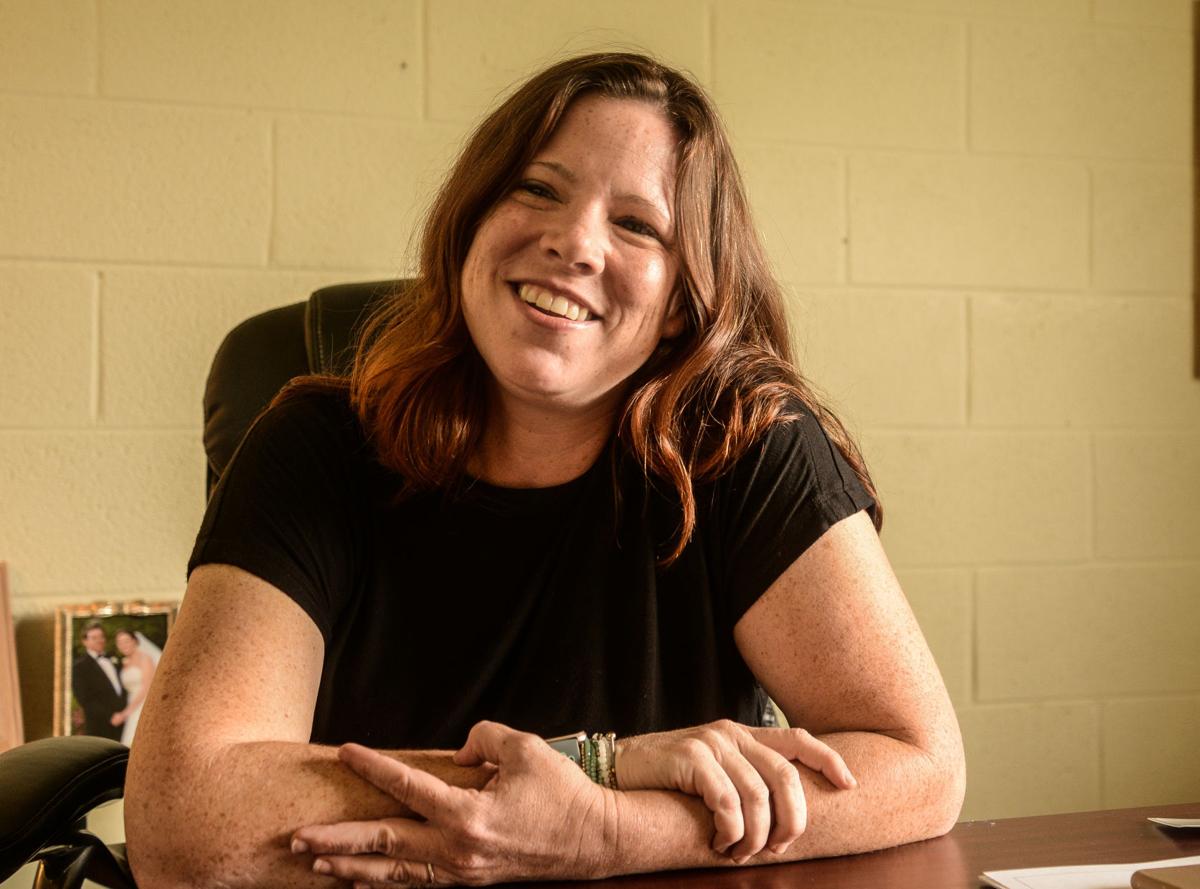 Jenna Kennedy sits at her desk at Sparrows Nest in Brunswick. She recently joined the nonprofit as its operations manager. 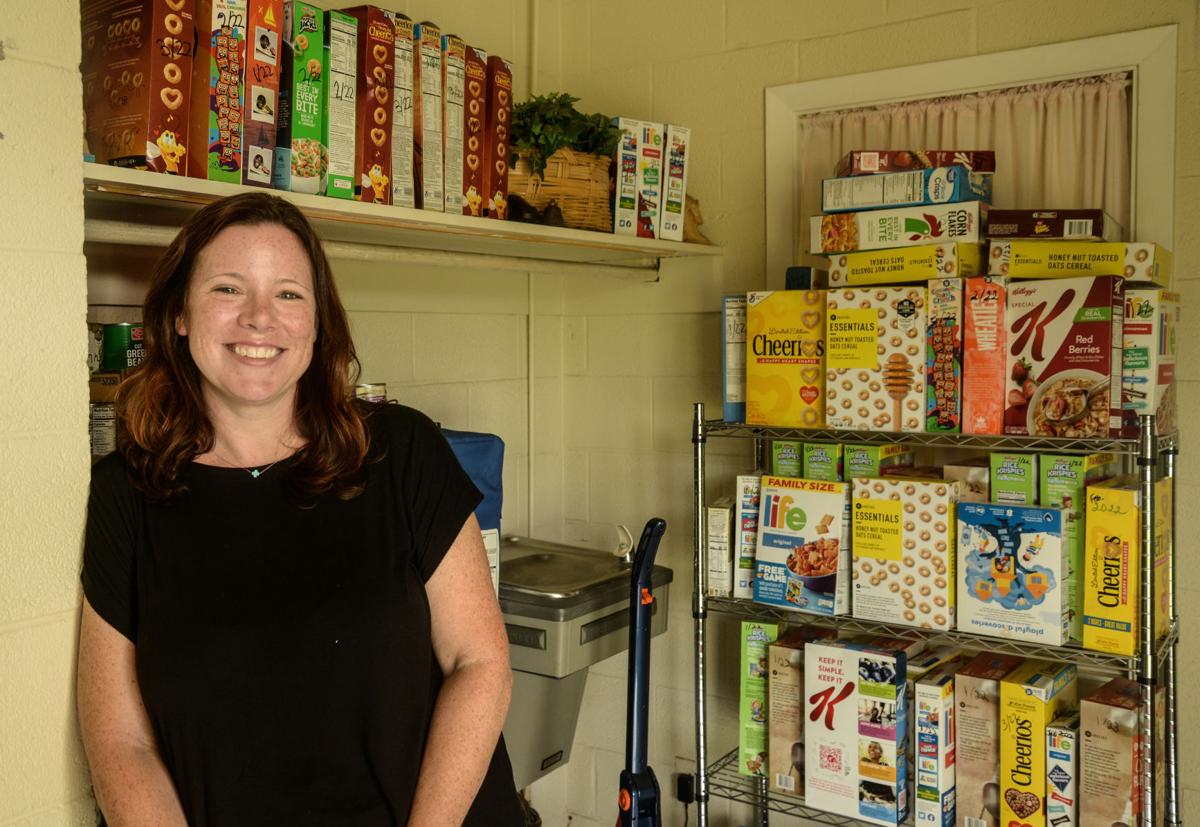 Jenna Kennedy speaks in her office at Sparrows Nest in Brunswick.

Jenna Kennedy sits at her desk at Sparrows Nest in Brunswick. She recently joined the nonprofit as its operations manager.

If Jenna Kennedy looks up and to her right from her desk at FaithWorks, she can read the reassuring words, “It is well with my soul.”

If she looks through the window to her left onto Altama Avenue, she can see troubled souls passing. As the new operations director of the Christian nonprofit, she’s there to help them.

Kennedy had met with the Rev. Wright Culpepper, founder of FaithWorks, an umbrella nonprofit that includes Sparrow’s Nest, which supplies food and other needs of the poor; The Well day shelter for the homeless; Samaria; and the Cancer Support Network. She also learned of Culpepper’s Sunday job in the pulpit as pastor of Brunswick First United Methodist Church.

“I was impressed with the way he connects the community with the need, giving people the opportunity to help,’’ she said.

She has also been impressed with the volunteers she’s met.

The volunteers meet people whose paths they otherwise would never have crossed. That is especially true of Samaria which steps over invisible boundaries to provide lunches on Tuesdays.

Helping people through her faith isn’t new to Kennedy. It’s just that her net is in deeper water.

As a student of art history at Wofford University in Gaffney, S.C., she started down a path that melded her faith with art. After Wofford, she earned a divinity degree at the Candler School of Theology at Emory University in Atlanta and has since done all but one thing she needed to do to earn a doctorate in art and theology.

An icon of Mary that she “wrote” stands on a bookcase her office.

She cites Rembrandt’s “The Return of the Prodigal Son,’’ one of the old master’s characteristically darkly lit oils that shows the son on his knees in his ragged clothes and worn out shoes as his father stands over him holding him with both hands.

“The way he shows the younger son so destitute. You look at that and think he really needed to come crawling back on his knees,” she said.

The people who come to FaithWorks for help don’t have to come on their knees and some are more needy than others, but they all get help. Her previous job at an Atlanta nonprofit was different.

“In Atlanta, it was about the numbers, how many you’re serving,’’ she said.

At FaithWorks, that statistical pressure doesn’t exist, but there is a sense that there is more to do than placing things in people’s hands.

“On Tuesday, you may only feed nine people,’’ Kennedy said. “but one more person in this world knows they are fully loved by someone (and) by God. It can be overwhelming at times.”

There are a few people who work the system, who tap into resources that others need more. FaithWorks has safeguards to prevent that, but like others at FaithWorks Kennedy helps the person in front of her.

“God didn’t tell me to help the people you think need help. God told me to help everybody,’’ she said.

Indeed, the first time she went to The Well, she asked what she was supposed to do. She was told, “Just go talk to people.”

In those conversations, she learned more about what the needs were than in reading an application for services.

“The goal is not sitting here watching and thinking about stuff. It’s going and helping people,’’ Kennedy said. “I did more ministry here in two weeks than in the previous two years.”

She, her husband, Patrick, and their 7-year-old daughter, Maie, live in Brunswick. Maie loved her school and her friends in Atlanta, but she’s already made new friends in their neighborhood and at church, Kennedy said.

In addition to Kennedy’s duties at FaithWorks, she is an associate pastor at First Methodist and will fill the pulpit there including the coming Sunday. In Atlanta, she had been associate pastor of a Methodist Church. In Brunswick, she’s also teaching a class on art history at the church.

Her family has some history at First Methodist.

She joked she knew nothing about his history in the church beyond knowing he was there for a year.

She is one of several department heads at FaithWorks all with their different job descriptions except that one common goal.

On a day last week, Sabra Slade, manager of Sparrows Nest, scurried to get a specific item a woman had requested. Janice Applegate, director of community resources, was writing on a piece of paper held against a support post, taking down information from a diminutive woman. Kennedy listened intently to what someone else was saying.

They were all helping the person in front of them.