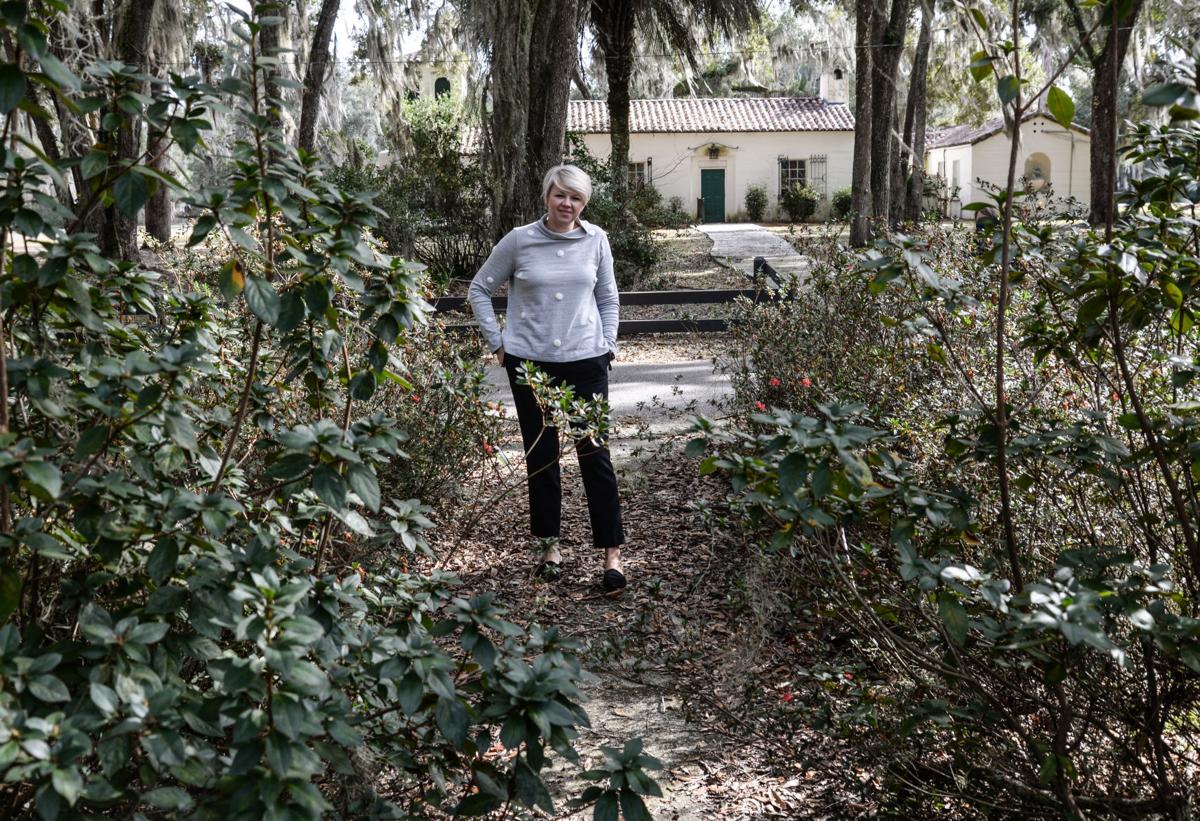 Morningstar wants to eliminate the boggy former koi pond behind its chapel. Laura Kitchens is shown on a walkway overgrown with azaleas that once lined it. 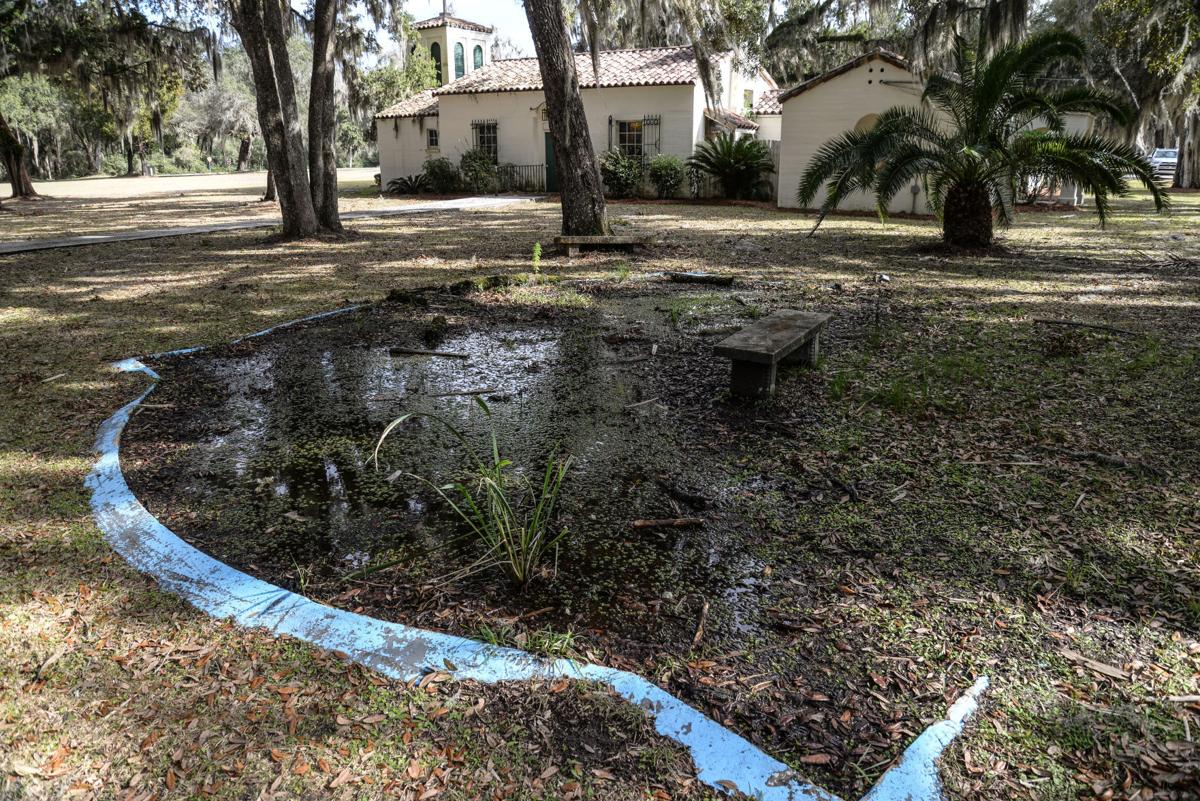 The chapel has areas that need a good pressure washing.

Morningstar wants to eliminate the boggy former koi pond behind its chapel. Laura Kitchens is shown on a walkway overgrown with azaleas that once lined it.

The chapel has areas that need a good pressure washing.

People often make sacrifices for Lent and Morningstar Treatment Services wants observers to convert some of the things they give up into giving to support its programs for youth.

Morningstar’s Development Council came up with the campaign that will provide 40 days of devotions to participants while giving people an opportunity to support the agency’s mission with funds and service, said Lisa Johnson, director of development at Morningstar.

The agency provides community and residential counseling for families with children and adolescents up to age 21 who are experiencing behavioral problems. Morningstar operates a residential campus at the former Youth Estates off Georgia 99 between Interstate 95.

Morningstar had a plan to visit churches in a campaign to raise support, but the coronavirus pandemic put the brakes on that, Johnson said.

“A lot of churches around the state support us. We planned to go around and visit those churches. COVID shut it down,’’ Johnson said.

A member of an advisory council of six women came up with a substitute that, although it feels rushed this year, could serve Morningstar in coming years while providing a devotional study through the Lenten season, Johnson said.

The campaign is based on three foundations of Christianity, pray, fast and give.

First, Morningstar asks people to pray for the up to 57 children in residential care, the hundreds of others in community counseling and the professional team and Morningstar board members who serve them.

Morningstar is also providing 40 devotional readings each written by a different person in a diverse group.

“We chose a topic that is meaningful with during Lent. We assigned the topic and the scripture to the writers,’’ she said.

This will be a first for many including Johnson who will write the 40th and last devotional.

“I’ve never followed a Lent calendar before, but it sets you up to follow the Lenten season up to Good Friday,’’ she said. “Knowing it’s going out on Good Friday was a lot of pressure.’’

The 40 days of Lent is in observance of the 40 days Jesus spent in the wilderness fasting and preparing for his ministry on earth, and many believers choose to give up something for it. Observers sometimes strike something from their diet such as specific foods, desserts or alcohol and sometimes fast one or more meals. Others perform acts of service.

Johnson said Morningstar has opportunities for both.

Morningstar will hold a day of service on the campus on March 20 in which volunteers can help with critical outdoor projects.

“People can do anything from pick up sticks to plant azaleas,’’ she said. “There’s no shortage of projects on that campus.”

Those who can should bring their own rakes, prunes and other tools.

Laura Kitchens is coordinating the projects among them a good cleaning and pressure washing of the iconic chapel. Some small areas of the beige stucco walls and window sills are green with mildew and a former koi pond that was partially filled is now a bog a few inches deep. Kitchens said she is hopeful the pond will be completely filled and that people will clear out undergrowth around trees.

“Everything is kind of overgrown,’’ she said, including a walkway that was once lined with azaleas. Having grown uncontrolled, the azaleas have closed in on the walk and need pruning.

While they’ll dig up and cut back some unwanted plants, they plan to beautify the three residential buildings with azaleas.

The program urges people to set aside $1 each day that would have been spent on a luxury or some other item that is being given up for Lent.

Morningstar is asking that those who make the daily sacrifices to consider donating the $40 to Morningstar to benefit the children it serves.

“We have a unique opportunity to raise funds to support our children’s needs. Our goal is to raise $40,000. We are aware that in even naming that amount, we might be ‘limiting’ God and what He has planned for the campaign,’’ Morningstar said.

Regardless of whether people give money or labor, it will improve things for the residents.

“People can help create brighter days out here for our kids,’’ Johnson said.

Those who want to volunteer or learn more about the day of service should call Kitchens at (912) 267-3700, extension 2109 or contact her by email at lkitchens@morningstar.org.

Three 'This Girl Can' workshops planned this month

The Golden Isles College and Career Academy will continue this month its This Girl Can program with three new workshop opportunities.

Teresha Page is one of many local students who is taking her education one step further to gain experience that will contribute to future career success.