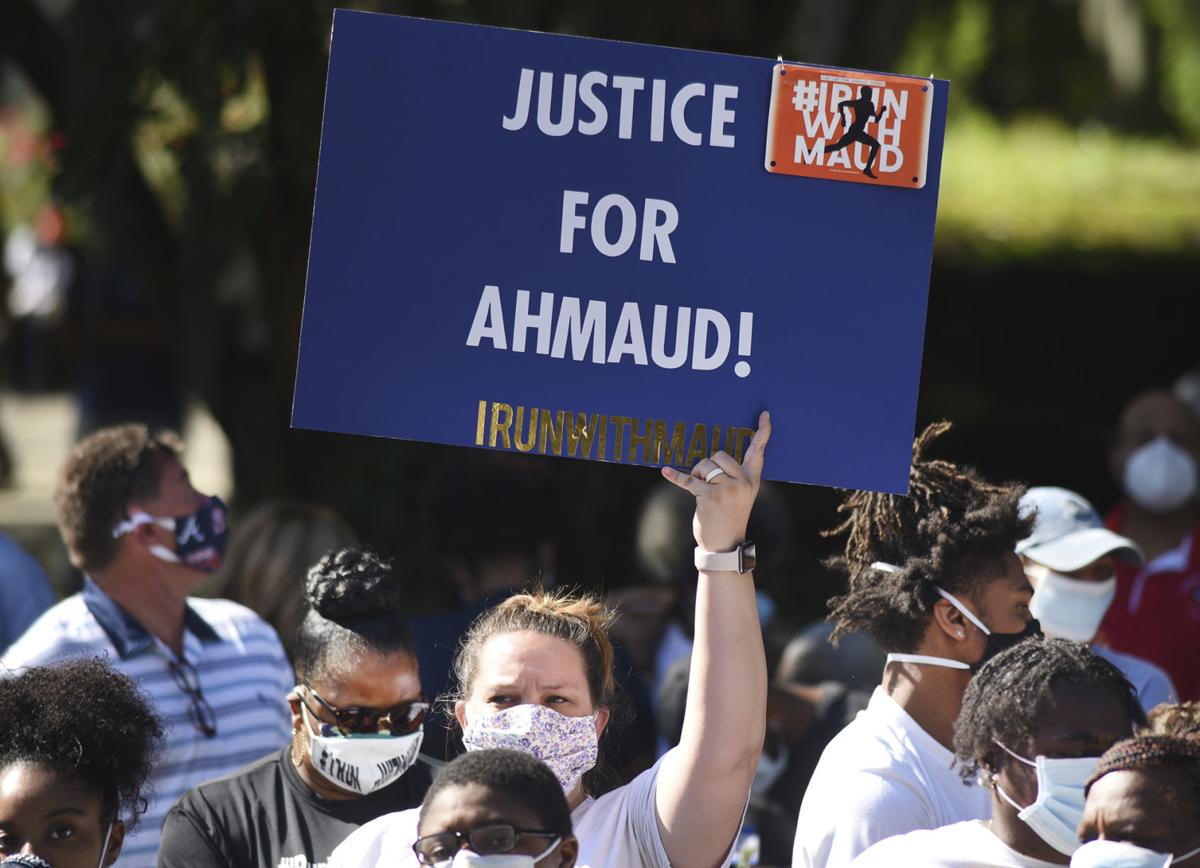 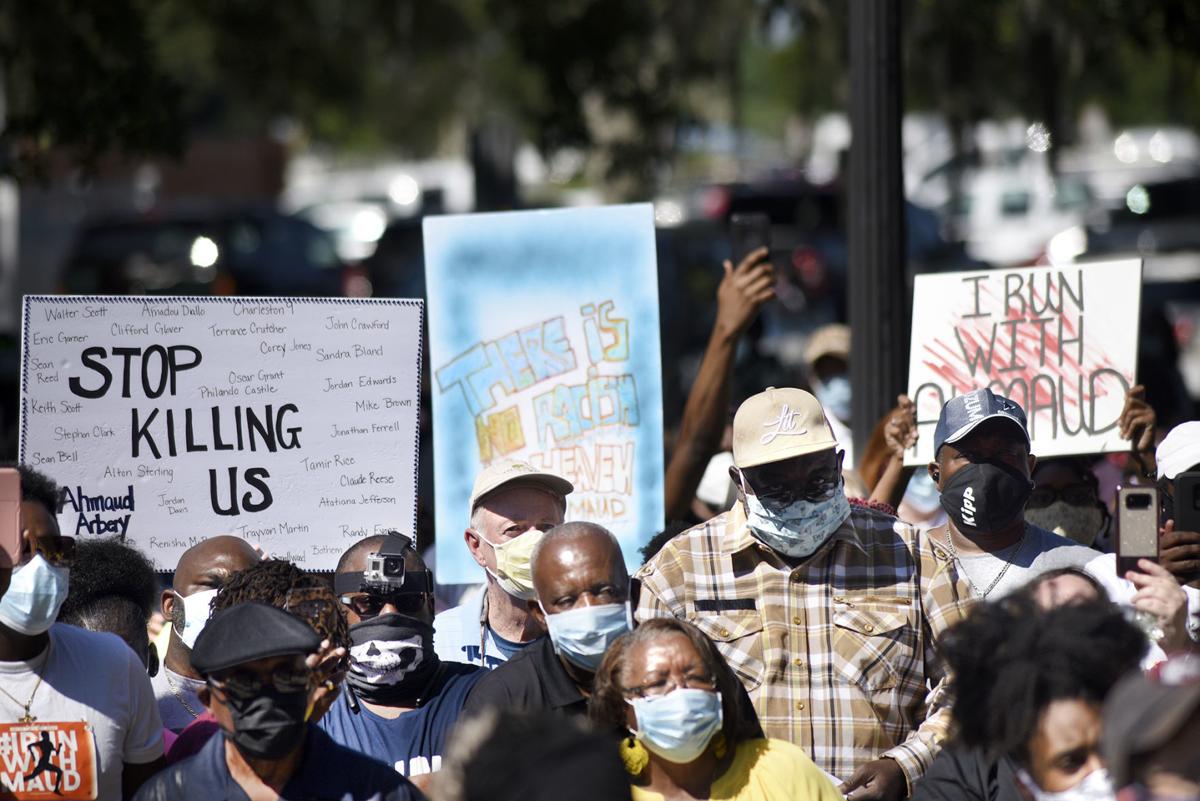 Like so many, the tragic death of Ahmaud Arbery shook the Rev. Todd Rhodes to his core. The pastor of Shiloh Missionary Baptist Church in Brunswick has been grappling with senselessness and sorrow that has engulfed the community.

As an African-American, a minister and a veteran law enforcement officer, Rhodes has unique perspective into the situation, from a variety of vantage points.

“First and foremost, this is horrific. It was a tragedy in the purest sense of the word. And it was one that could have been avoided. It didn’t have to happen,” he said.

The outrage and agony that has blanketed the community reflects that. People of all races and from walks of life have come together to protest what Arbery’s family has called a modern-day lynching.

They’ve taken action — joining for walks, runs and memorials for a young man cut down in the prime of his life. They’ve also pushed for tangible change — lobbying for a hate crime statute to be added to the Georgia’s books.

“We ought to have a hate crime law, and we should look at more stringent laws,” Rhodes said.

He believes that all of it is warranted and understands the need for this type of response. But he also hopes that it will encourage everyone to take a deeper look into their own heart and the climate surrounding racial tensions.

“It’s easy to look at the dermis, the surface, the color of the skin, and chalk everything up to racism. But we need to look at the epidermis ... what is the underlying issue? I believe, and some people might not agree with me, that the true underlying issue is sin, plain and simple,” he said. “We already have laws on the book ... and the book I’m referring to is the Bible.”

Rhodes points to a passage in Matthew, where Jesus charged his disciples to love the Lord above all else — and to love one another. Racism, hatred and anger are the visible ways that humanity rebukes Christ’s charge.

“Our love for Christ and for one another is our litmus test as Christians. I am supposed to love others the way that he loves me — without any strings attached,” he said. “So it’s really sin at the heart of it all. And the only way to get rid of sin is through the salvation of Jesus Christ.”

Rhodes feels that in order to truly create change, the hearts and minds of individuals must be shifted. To stop hateful deeds, one must first stamp out his or her own hateful thoughts.

“As a black man, I can’t look at a white man and think ‘he’s the devil.’ The same for a while man, or an Asian man or a Hispanic man ... we are all clothed in these beautiful hues of skin. It’s a beautiful arrangement made by God,” he said.

“I believe that he did this because he knows that, though we are different, we can make a difference together.”

It’s not only thoughts that must be altered, the approach must also be different. Rhodes feels that can only be obtained through the lens of spirituality.

“We’ve tried it the world’s way. That doesn’t work, nor will it ever work. I believe it will take people of faith who are willing to stand up and speak out for what’s right,” he said.

That means doing the right thing, spiritually, even when it may be difficult. And Rhodes says that will take effort — inward and outward.

“It is incumbent upon us to pray. Certainly, pray for Ahmaud’s family, Marcus and Ms. Cooper. They are hurting ... they’ve been given this awful punch in the gut,” he said.

“But as we pray for the Arbery family, we must also pray for the McMichael family. Both families have been negatively impacted and this tragedy is evident that this is a sin problem, that can only be cleansed by the blood of Christ Jesus our Lord.”

Rhodes also challenges the community to commit to the long-term journey. He has been encouraged and inspired by the social media campaigns like #IRunWithMaud and the outpouring of support its generated. But he hopes that this will spark even deeper efforts.

“In the 60s, we marched and that was effective. We’re still marching today. We’ve added kneeling and now running. We’ve marched, we’ve knelt, we’ve ran — we have done it all,” he said.

“It does give a sense of unity and togetherness ... and that is a beautiful thing. But we have to think about how we stay unified and connected beyond this.”

There’s a passage that really embodies this idea for Rhodes. In Matthew 5:41, Jesus spoke of a Roman law that allowed any Roman citizen or soldier to require a non-Roman subject to carry their gear or baggage for one mile.

“These non-Romans could be working in the fields or taking care of their children, but they’d have to stop to carry the solider’s or citizen’s gear for a mile,” he said.

Jesus encouraged his followers to literally go the extra mile — to offers more service to would-be oppressors and to do it with joy. That changes the narrative, and in a sense, offered freedom from that oppression.

“It would be easy to do the one mile, throw the gear down and stomp off. That’s expected. But think of continuing on for a second mile, then handing the gear back, saying ‘have a great day and God bless you. The Roman would be bewildered,” he said.

“God doesn’t work in the expected. God works in the unexpected. Miracles happen in that second mile. That begins to transform a stony heart to a heart of flesh ... a closed mind to an open mind. When we do the unexpected, God does the amazing.”

And while so many hearts are heavy, crying out for justice, there can be a temptation to bend back toward anger and resentment. But, for Rhodes, that is not the answer. That is not walking the second mile.

“When God sees that his children are willing to go above and beyond what is expected, that is when miracles happen. It is expected for hate to keep hating and for division to keep dividing,” he said.

“And even when we do have a sense of coming together ... more marches, more kneeling, more running — those things are nice and they have their places ... but they’re not the cure-all. What is the cure all? It’s love.”