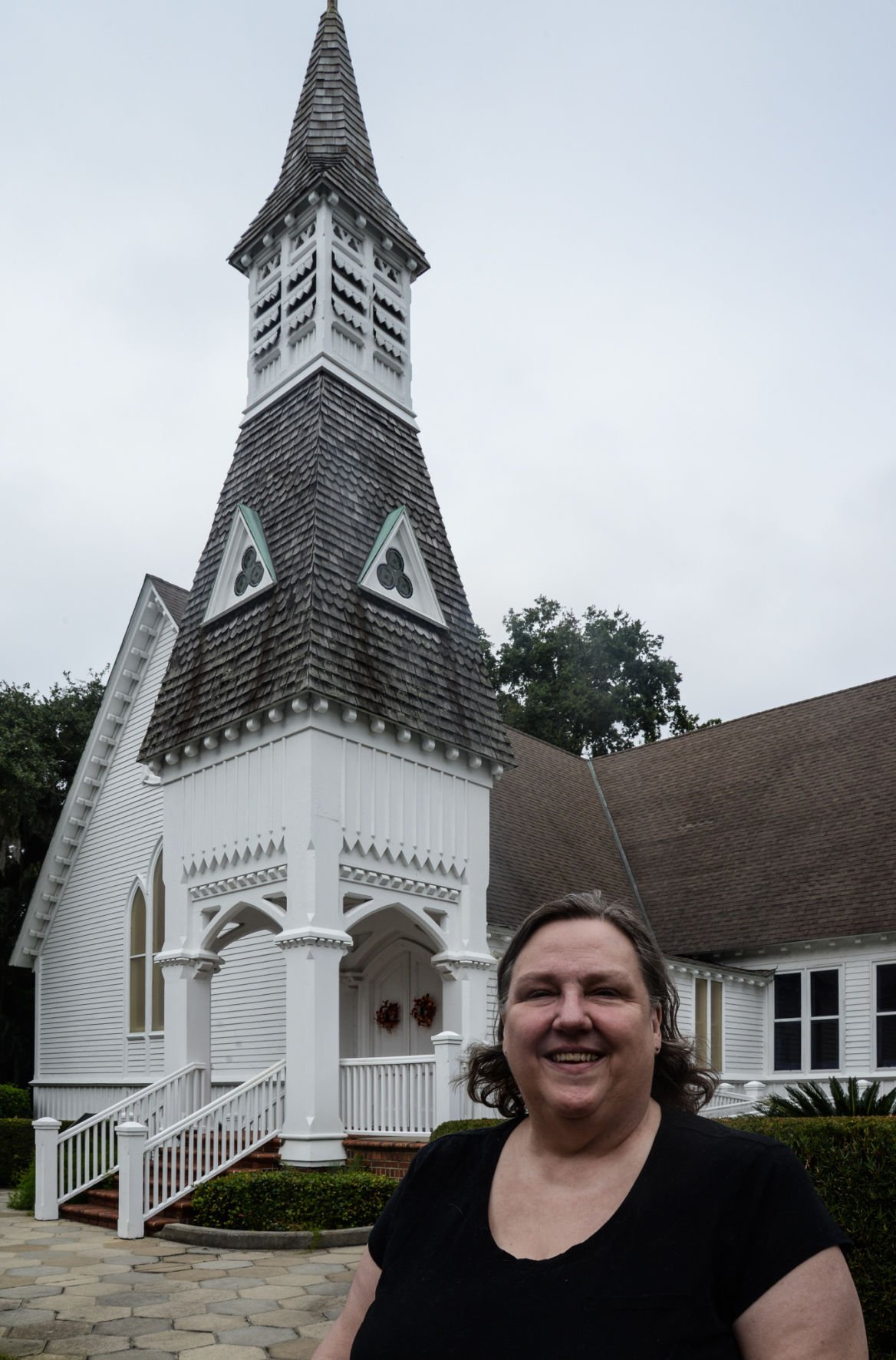 The Rev. Janice West stands outside of the historic First Presbyterian Church in downtown Brunswick. 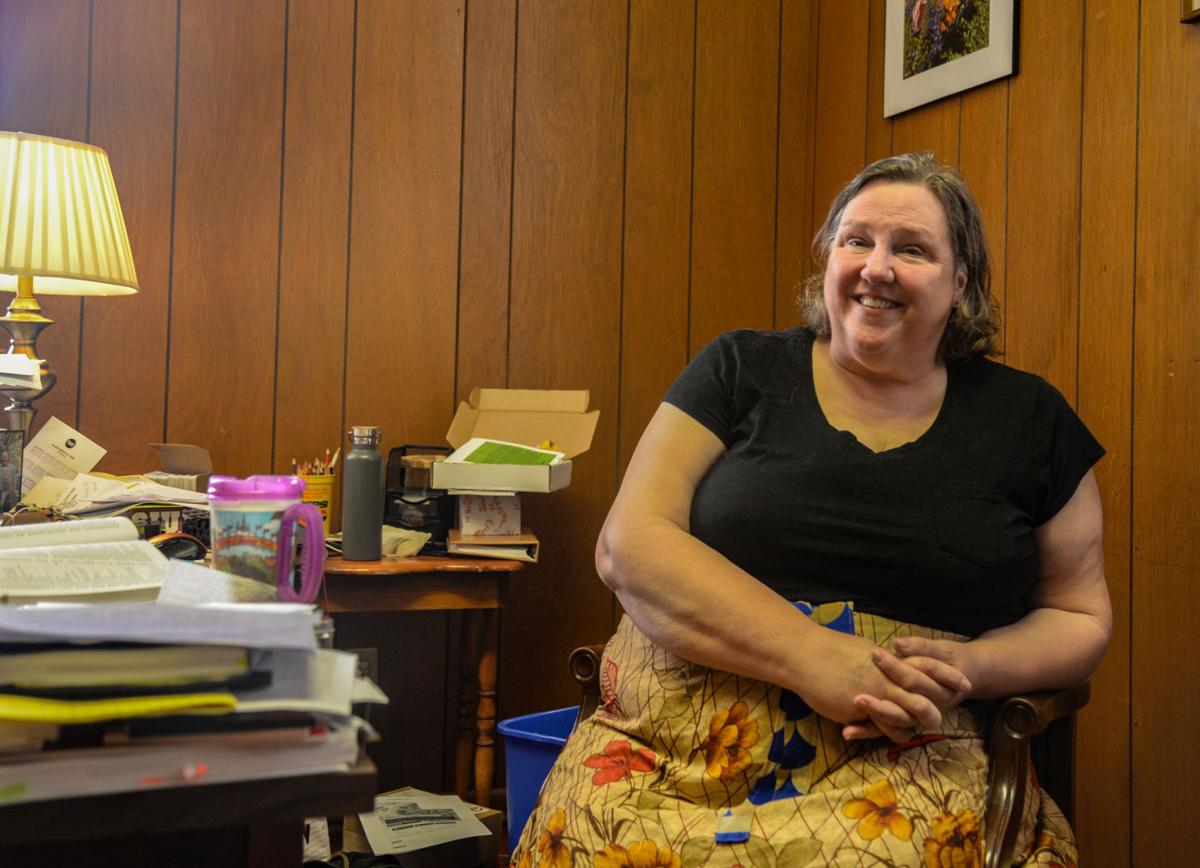 The Rev. Janice West, interim pastor at First Presbyterian in Brunswick, is pictured at her office.

The Rev. Janice West stands outside of the historic First Presbyterian Church in downtown Brunswick.

The Rev. Janice West, interim pastor at First Presbyterian in Brunswick, is pictured at her office.

The Rev. Janice West has more to do than prepare and deliver sermons until the 154-year-old church finds another pastor.

A major part of her job as the interim/transitional pastor is helping the congregation to first define its mission then find someone to lead it on the way.

“We have a lot of work, visioning toward the future and seeing what this church wants to be,’’ West said. “My mission is to help lead them toward what their vision is.”

The congregation must determine three things, she said.

Church can’t exist to supply the needs of individual congregants.

“A lot of folks think the church is here for me, but Christ calls us out into the community to care for the modern equivalent of ‘widows and orphans and the aliens’ among you,’’ West said.

She has been in the ministry her adult life. Growing up in Sonoma County in California’s wine country, West left that rural, bucolic setting for, as she calls it, “the big city of Los Angeles,’’ and Cal State University. While studying for a bachelor’s degree in recreation and leisure studies, she volunteered with youth groups to get the required volunteer hours for her degree. That was not new to her because she had worked with younger kids in her church as a teenager.

At one point, she was working as a counselor at Marine Institute on Catalina Island.

“One night after the kids were tucked away after the first full day of chaos,’’ a clergywoman met with her, West said. “She had me in the seminary before that night was over.”

She doesn’t question that decision and says, “It’s important to listen to those trusting voices.”

Her first church was in Hollywood, Fla., where she first encountered the phenomenon of Florida and Georgia called snowbirds.

She is open, exuberant and friendly, but at one of her churches, there was still one “no” vote on her selection. In three months, however, she and that doubting man were friends.

“I sat and held his hand when he died,’’ she said.

She can’t say how many times she has done that through her career, not just for the dying but also for those they left behind. The seminary prepares future pastors for a lot but were are no courses on what churches have gone through in the past two years, ministering through the forced separation of a pandemic.

She was in upstate New York for the first surge when the pandemic shut everything down but for police, fire and medical services, she said.

When she was at her lowest during those times her “empath cat,’’ Pasco, came and sat on her shoulder and she found comfort in an animal when there was no human contact.

She spent 17 years as pastor of a church in Carbondale, Ill., but most recently spent 2½ years in Guilderland, N.Y., where the Dutch came through after Ellis Island. It was there she connected with her past in an unexpected way.

“Staring out the office window at where the fire station now sits would be the house where my fourth great-grandparents lived,’’ she said. “It was like coming home to a place I’d never been.”

She has had other assignments as the interim/transitional pastor and has found it a good fit.

“I wish I had started this long before I did. There’s great energy in this. I like asking the questions, seeing people come alive when they see their passion,’’ she said.

First Presbyterian is no longer one of the city’s larger congregations. There are 125 or so on the rolls, but she ministers to 35 to 50 on Sunday mornings in person and on Facebook.

“It depends on whether there was an important ballgame over the weekend,’’ West joked.

The congregation is decidedly older and the church must come to terms with that, she said.

When churches age, many want to find younger pastors who can revitalize the worship, attract younger families with children so the church can grow again, but if that doesn’t work, what are you left with?

West said, “Just go with it. Figure out what people your age need, what sort of mission outreach can you do. Claim who you are. Minister to the people you have.”

There a people in the community who need the ministry of the church, and the church is trying to help. They put together snack bags that people come pick up. Some are homeless while others get them for their grandchildren, she said, “Which tells you dinner isn’t guaranteed in that house.”

When First Presbyterian decides on its mission, she will help the congregation put together a search committee that will nominate a pastor. The church will then vote in conjunction with the Presbytery, she said.

After all, she said, a call to a ministry isn’t just a personal career choice.

As for West, she said at some point she must decide when and where to retire.

It is clear, however, that she intends to fully complete the task before her at First Presbyterian.