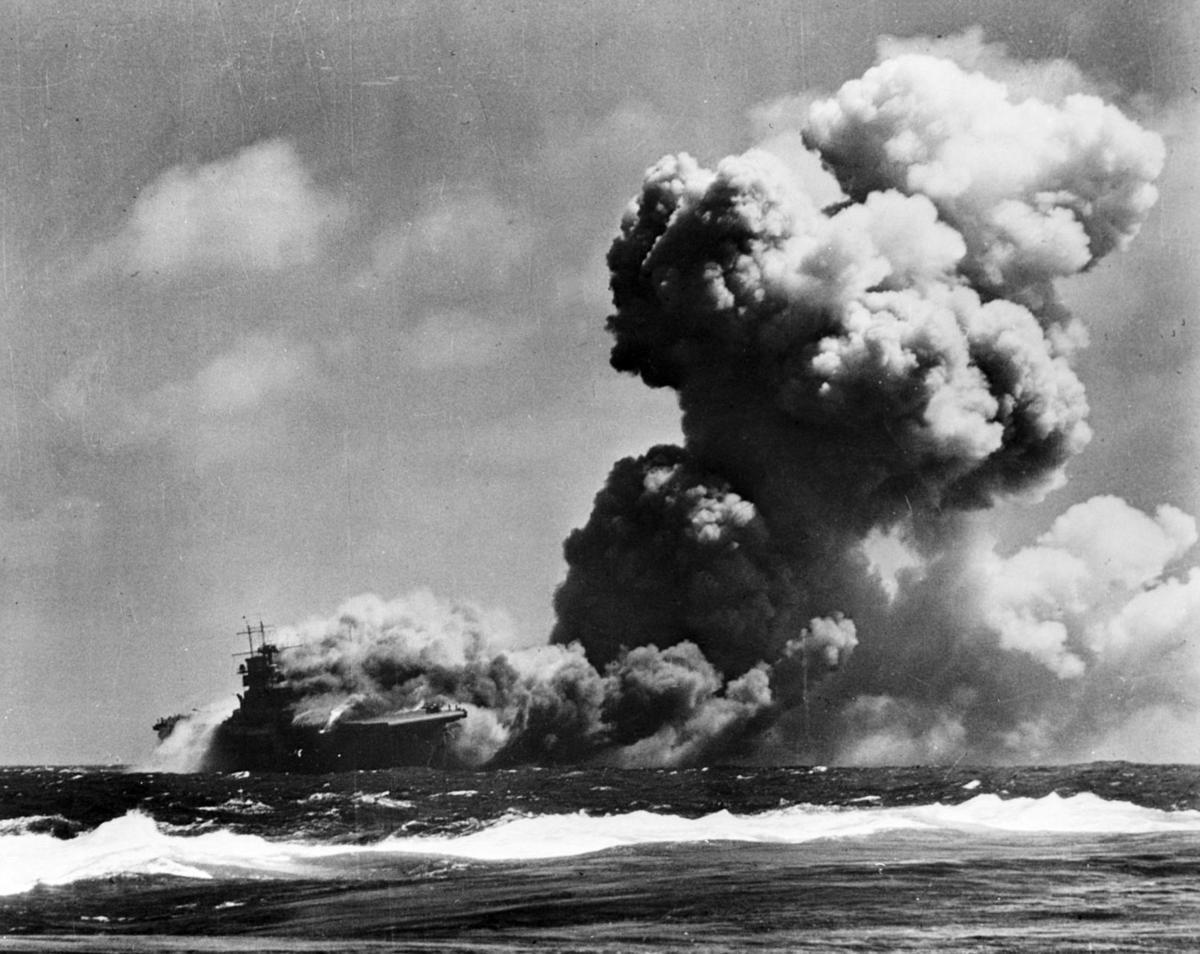 The Wasp is pictured following an attack by the Japanese in World War II. 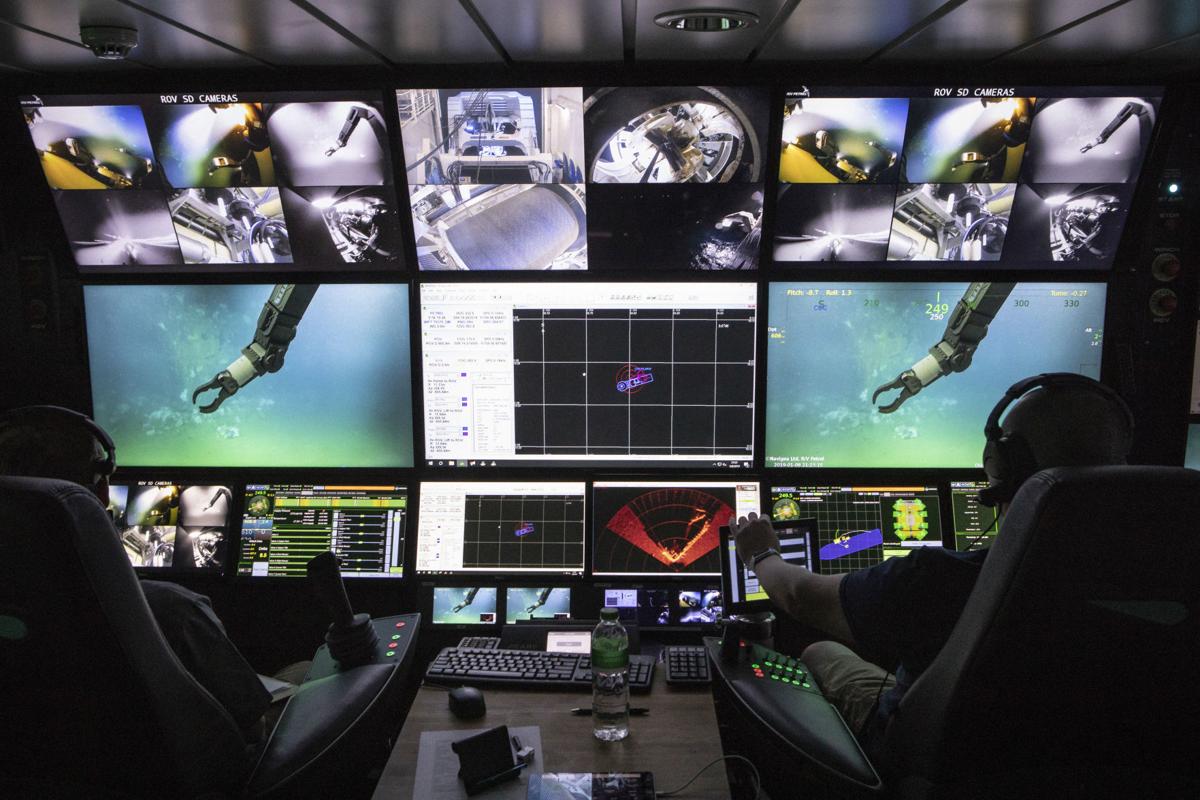 ROV Pilots operate during a dive from inside the On-Line Room aboard the R/V Petrel. The ship discovered the wreckage of the Wasp in the South Pacific. 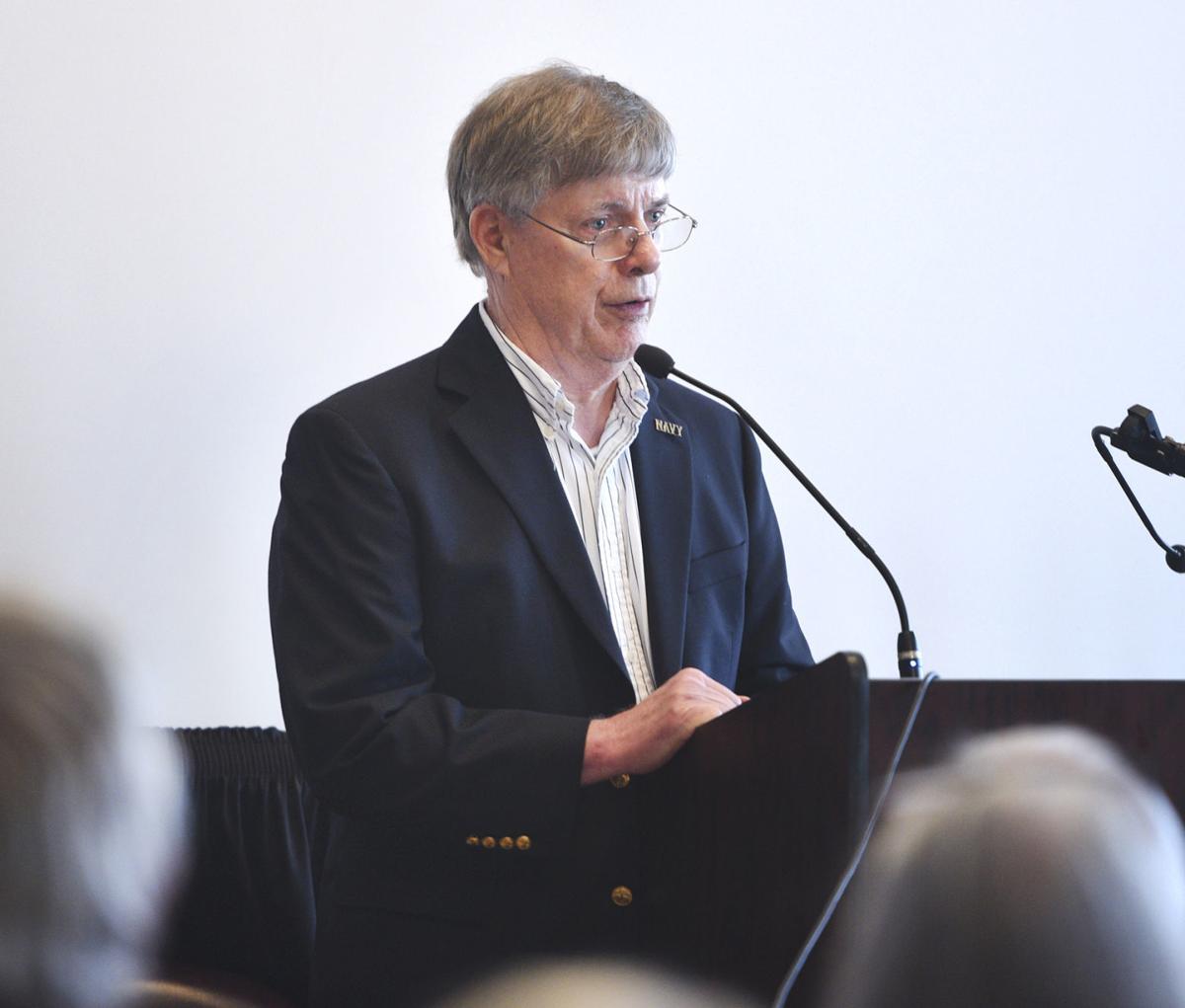 Author and Coastal Georgia historian Buddy Sullivan makes a presentation at old city hall during a show and tell for the new World War ll Homefront Museum in 2017.

The Wasp is pictured following an attack by the Japanese in World War II.

ROV Pilots operate during a dive from inside the On-Line Room aboard the R/V Petrel. The ship discovered the wreckage of the Wasp in the South Pacific.

Author and Coastal Georgia historian Buddy Sullivan makes a presentation at old city hall during a show and tell for the new World War ll Homefront Museum in 2017.

There are few places — if any — one can go in the Golden Isles without being ensconced in history. From the St. Simons Island lighthouse to the Jekyll Island Historic District and the Victorian homes of oak-laden downtown Brunswick, the past is rarely far away.

On the other hand, when one lives in such proximity, it can also be taken fore granted. But the Coastal Georgia Historical Society is tasked with ensuring that never happens. The local nonprofit offers multiple programs each year, in addition to managing the area’s archives and the lighthouse, that allows local residents to learn more about the place they call home.

And two of their programs are taking place this month. The first is an ongoing lecture series to be offered by senior historian and author, Buddy Sullivan.

The six-week history course titled, “An Overview of Coastal Georgia History,” will begin Jan. 14 at the A.W. Jones Heritage Center on St. Simons Island. The meetings will continue from 4 to 6 p.m. each Tuesday through Feb. 18 and chronologically trace Georgia’s coastal history from Native American culture through 20th century events, including World War II.

While covering the coast from Savannah to St. Marys, the primary focus of the lecture series will be on St. Simons and Jekyll islands, as well as Brunswick. Sullivan has conducted this winter series for the Society since 1995.

The cost for the course is $65 for historical society members and $110 for non-members. Those interested may register at visit coastalgeorgiahistory.org or call 912-634-7090 for more information.

But that’s not the only program the society is offering this month. The second will bring an internationally acclaimed journalist to the shores of Coastal Georgia.

British journalist Ed Caesar will speak at the society’s annual meeting — slated for Jan. 19. Casear has been repeatedly decorated for his in-depth feature on a wide variety of topics, including Russian oligarchs, African civil wars and Stonehenge. He has contributed to The New Yorker, The New York Times Magazine, The Atlantic, and Smithsonian. He has won nine journalism awards including the Foreign Press Association’s Journalist of the Year in 2014.

Caesar will present a program detailing his two-week experience on an expedition that discovered the lost aircraft carrier, the Wasp.

On Sept. 15, 1942, in the South Pacific, three Japanese torpedoes slammed into the Wasp, setting off a series of explosions, followed by uncontrollable fires.Thirty-five minutes after impact, Capt. Forest P. Sherman gave the order to abandon ship. The tragedy claimed the lives of nearly 200 sailors.

The Wasp itself was irreparably damaged by the attack. The ship drifted until nightfall, when the destroyer USS Lansdowne was ordered to torpedo and sink the aircraft carrier.

Earlier this year, the Research Vessel Petrel located the Wasp, resting at a depth of 13,800 feet in the Coral Sea. The Petrel was retrofitted by Microsoft co-founder Paul Allen in 2016 to search for historically significant wrecks located in deep waters and challenging conditions.

Caesar, who joined the expedition, will detail his experience when he visits Sea Island for the historical society’s annual meeting. The lecture will be held at 3 p.m. at the Cloister. It is free for society members and $25 for nonmembers. Registration is required by visiting coastalgeorgiahistory.org.

For society curator Mimi Rogers, both programs offer an opportunity to further engage the community — members and nonmembers alike — through engaging events.

“This month, our programs feature a beloved local historian as well as an award-winning British journalist,” Rogers said.

“We are excited that Glynn County audiences can take a six-week course delving into local history or spend an hour exploring how deep-sea technology revealed new information about a significant World War II naval disaster.”

Life has never been easy for women of color — but they’ve always persevered.

Sea Salt Healthy Kitchen’s menu board has about as many words as a front page.

Imber Medical has what we've all been waiting for

The word enthusiasm comes to mind when you meet Dr. Slack, MD and her team. Even the building itself has an air of newness and excitement. Dr. Slack begins to tell me about what is available at Imber and I’m surprised that I have never heard of several of these treatments.