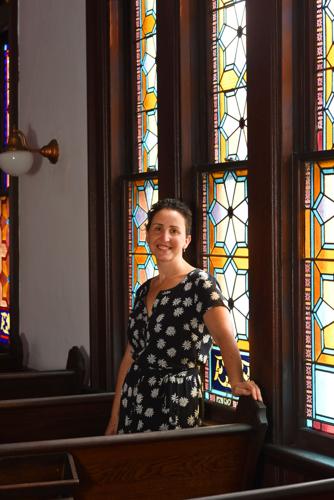 Rabbi Rachael Bregman stands next to the stained glass windows at Temple Beth Tefilloh in Brunswick. 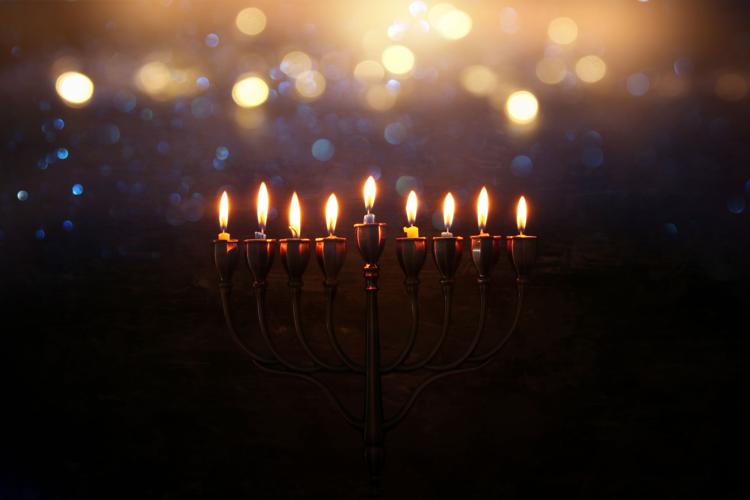 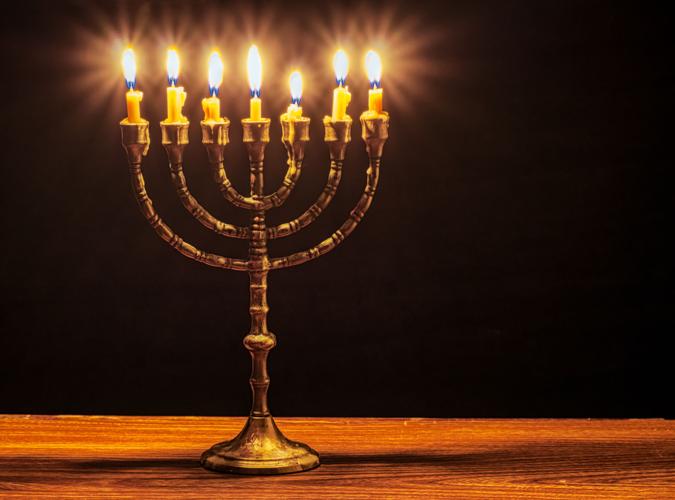 Rabbi Rachael Bregman stands next to the stained glass windows at Temple Beth Tefilloh in Brunswick.

Sixty thousand soldiers of the Seleucid Empire were bearing down on a few thousand Jewish rebels. The leader of this small band of freedom fighters, known as Judah Maccabee (or Judah the Hammer), scanned the meager forces he had assembled at the town of Modiin. They were outnumbered at least five to one.

It seemed that Judah had but two choices — to fight and die ... or to flee. But instead, he chose a third. He prayed. He asked the God of Israel to grant them victory over their foes, who had forced the Jews of Palestine to accept Hellenistic beliefs and customs on pain of death.

The God of Israel heard their prayer.

Using guerrilla tactics, these Jewish rebels defeated the Greek soldiers across the Holy Land, driving them from Palestine. When the fighting was finished, Judah and his brothers sought to rededicate the temple in Jerusalem which had been defiled by the Greeks. But there wasn’t enough oil to perform those rituals. So again, Judah prayed. And through a miracle, the oil lasted for eight days, long enough to rededicate the temple to the God of Israel.

This is the Hanukkah story, one that is well-known to both Jews and Gentiles alike. Each year, it is celebrated for eight days, ending roughly a week prior to Christmas. It began at sundown on Thursday and will continue through Dec. 18. Known as the Festival of Lights, it is usually an upbeat occasion with songs, gifts and food.

But this year, it is proving relevant for something deeper — hope in the darkness. For Rabbi Rachael Bergman, this is a time to connect and find inspiration to move forward after a devastating year. And that’s certainly something that will be a theme during Hanukkah at Temple Beth Tefilloh in Brunswick, where Bregman leads the congregation.

“I think this year more than any other, we’re being called to do something,” she said. “And I think that we can all connect to the Hanukkah story even more this year. Here are these people who are being besieged by a situation and they had to find a way to move forward and gather in community. By being together, they found a way to persevere.”

In 2020, that “besiegement” came on multiple fronts. There’s a pandemic that has killed more than 285,000 Americans, with roughly 2,600 dying every single day in recent weeks. There’s also economic and social woes attached to the coronavirus that has caused much suffering. As if that wasn’t enough, there’s intense political strife and racial tensions, with deep divisions ripping through the nation.

But even with all of the challenges the world is facing, Bregman still has hope. She prays that humanity will find a way to build bridges in the coming year, rather than drifting farther apart.

“Hanukkah is really a beautiful analogy right now because it grows out of a place of triumph from a place of real darkness. The word ‘Hanukkah’ in Hebrew means ‘dedication.’ So I think that we can all rededicate ourselves in the coming year to that theme of hope,” she said.

“We can rededicate ourselves to bringing more hope and light into the world. We can bring more joy and ignite the spark that will drive out so much of the darkness that we are experiencing right now.”

That is part of the message that she plans to share with her congregation during Hanukkah. But Bregman says they will incorporate some traditional elements into the eight day celebration, though it will all be done remotely.

“We’re not meeting in-person so that we can keep everyone safe and healthy. Like all other houses of worship and community centers, we’ve had to be inventive and creative,” she said. “But we are meeting online so we can still engage with one another. And of course, we will be praying for the health care workers, those who are sick and everyone impacted by this pandemic.”

“It had dreidels, candles, chocolate coins and a holiday card from the synagogue,” Bregman said. “We did something similar for the High Holy Days but of course with different content. I think people appreciated being thought of in a way that was tangible and physical, which is something we have little of these days.”

The temple’s Hanukkah services began Thursday evening and included prayers, the lighting of the menorah, as well as a concert.

“I’m really excited about that. We’re going to an online concert by Julie Silver who is a nationally renowned singer-songwriter in the Jewish world. She was a song leader when I was growing up in the greater Boston area so I actually grew up with her,” she said. “I’ve known her for a very long time, so I’m excited to bring my congregation to her show.”

While the celebration will be light and festive, Bregman is quite serious when reflecting on the need for collective change in the community and beyond. She hopes that this occasion will inspire everyone — regardless of religious affiliation — to rededicate themselves to being kinder to one another in the coming year.

“I think it’s really about finding ways to again bridge the divide. You have to reflect and consider that even the smallest of things can make a real difference ... letting someone else have the right away or slowing down on the causeway,” she said. “They are small acts of kindness, but they bring more light into the world. I hope we can rededicate ourselves to one another — and to being kinder, gentler and more generous in spirit.”

Pets of many shapes and sizes took over the small stretch of Reynolds Street behind St. Francis Xavier Catholic School in Brunswick on Tuesday.

Glynn County Police Chief Jacques Battiste told the Tri-Area Association it’s a tough time to be in law enforcement as the country goes through political, spiritual, moral and socioeconomic changes.

The new CEO of the Golden Isles College and Career Academy brings decades of experience in work development in Glynn County.

The City Commission will consider a request to rezone a residential property that would allow 5 Oaks Farms to expand into Brunswick with a small-scale agricultural operation primarily geared towards educating students.

There was an easy banter and a lot of put downs and self-effacing humor Saturday between brothers Juergen, 69, Bryan, 68, and Mark, 66. It’s the sort of thing you’d expect in a reunion of siblings who don’t see each other that often.

Cory and Hannah Stokes McKenna walked down the grassy aisle formed by wedding guests at St. Simons Park on Saturday afternoon after reciting their vows before about 75 people.