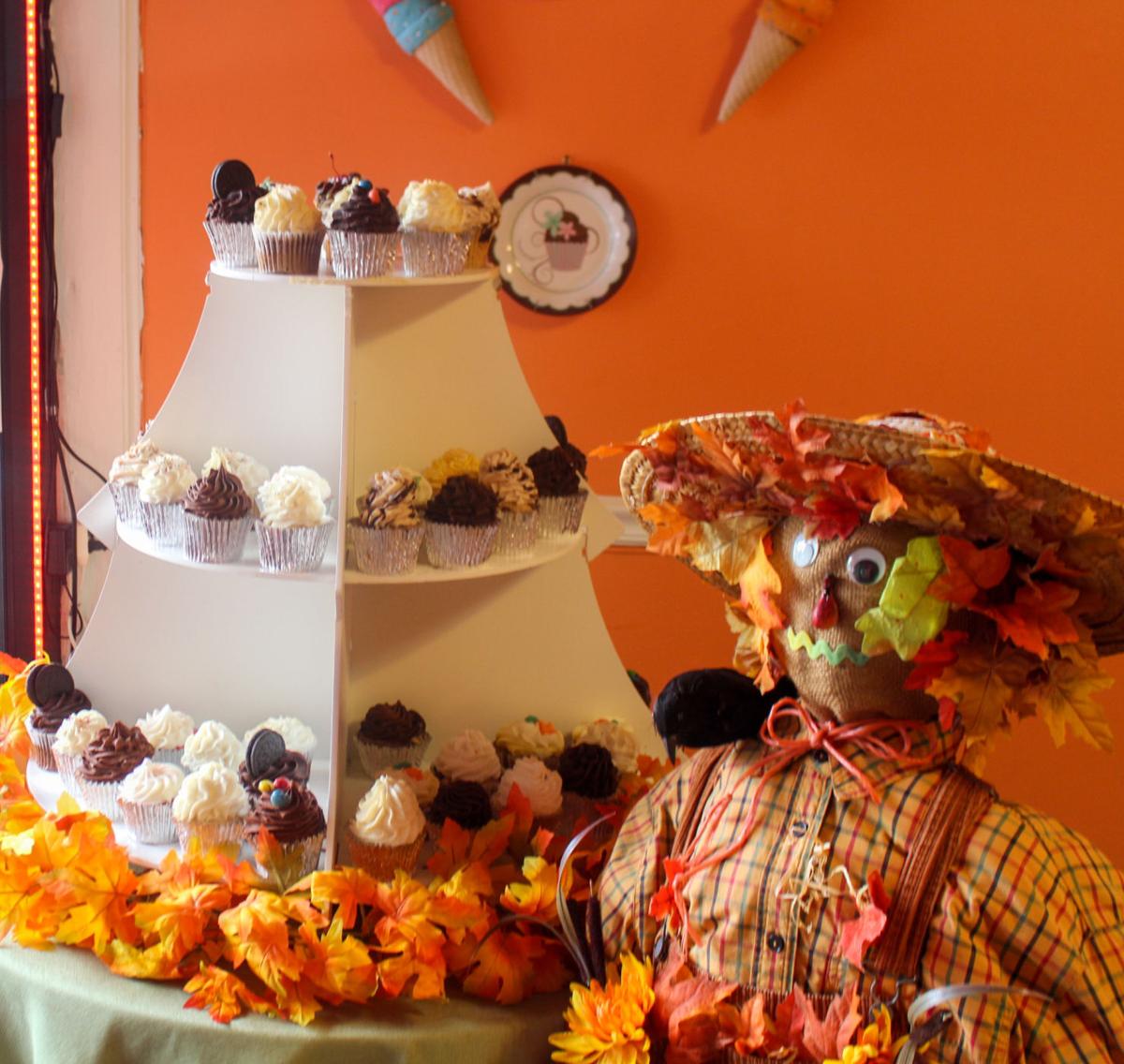 A cupcake display sits in the window of Pam Pam’s Cupcakes on Newcastle Street. 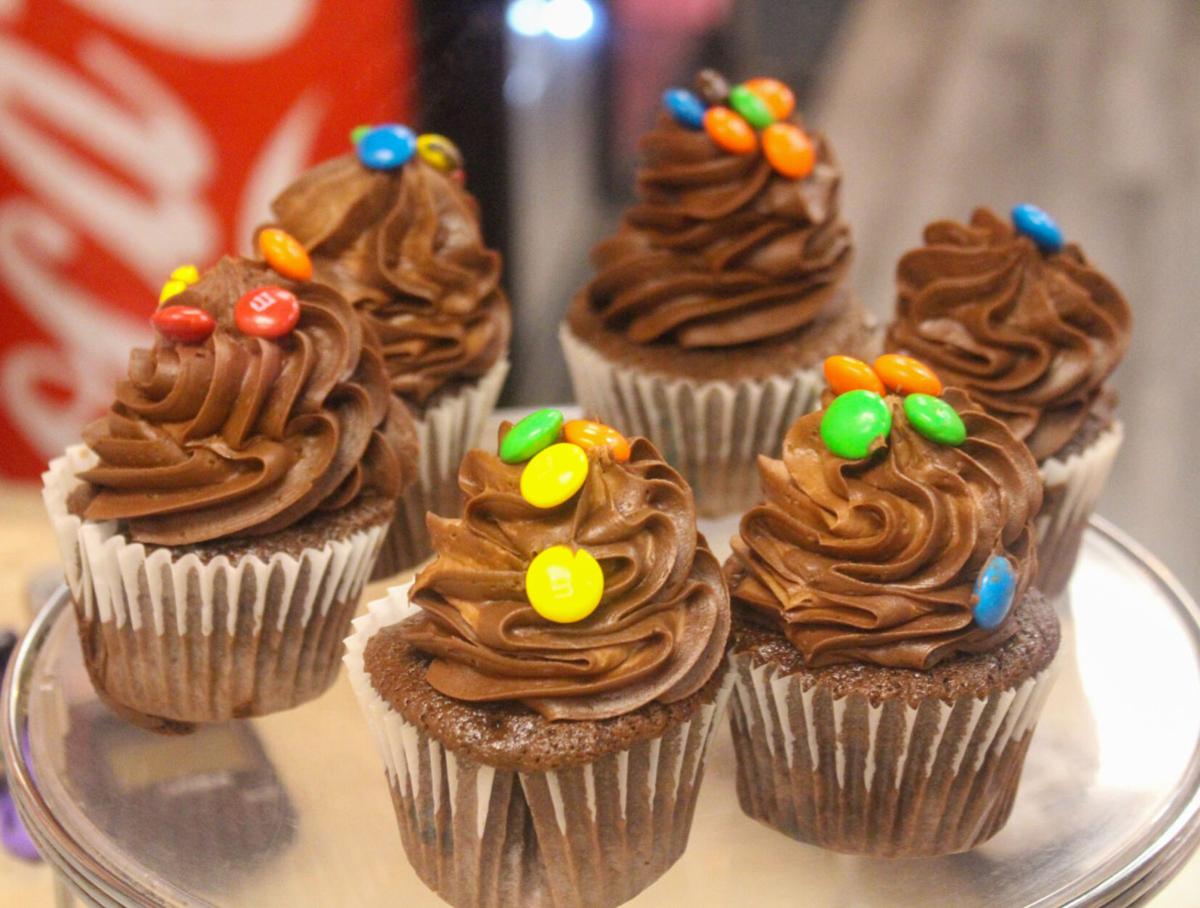 A half dozen of Pam Pam’s cupcakes 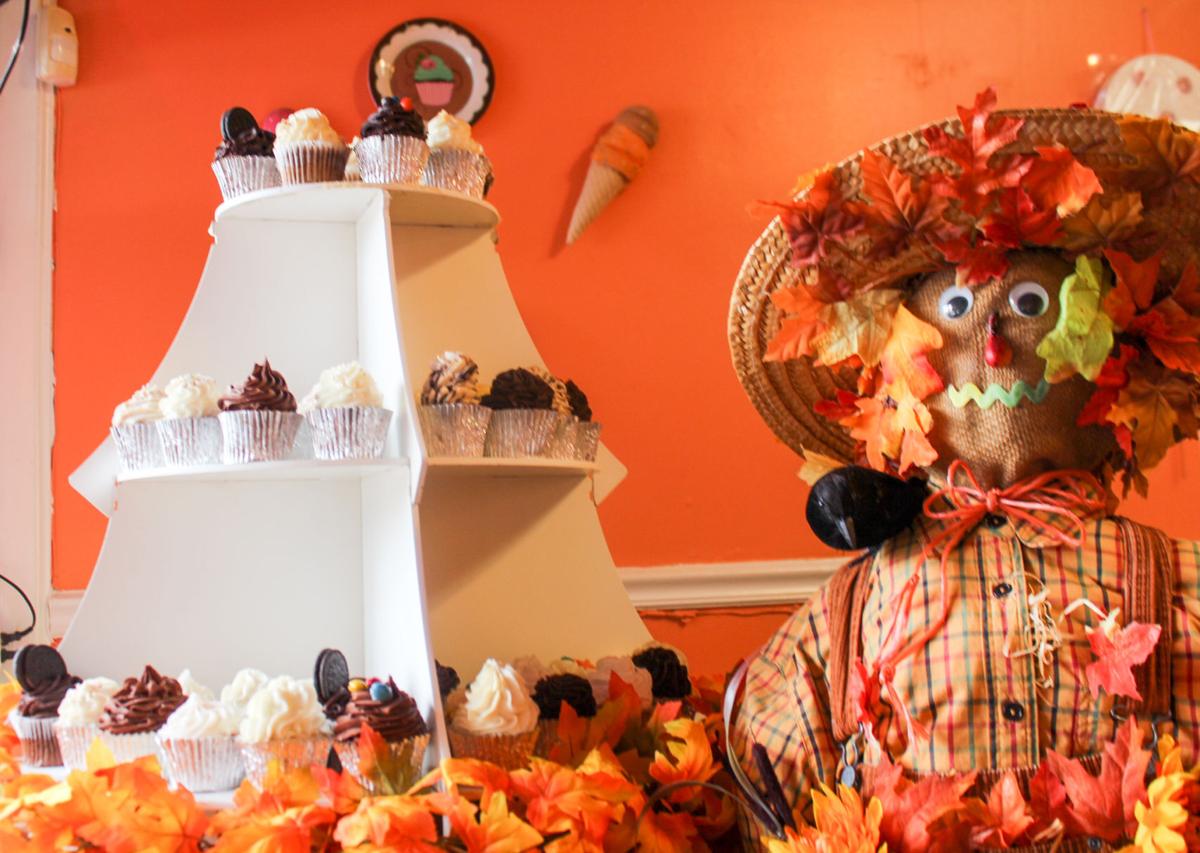 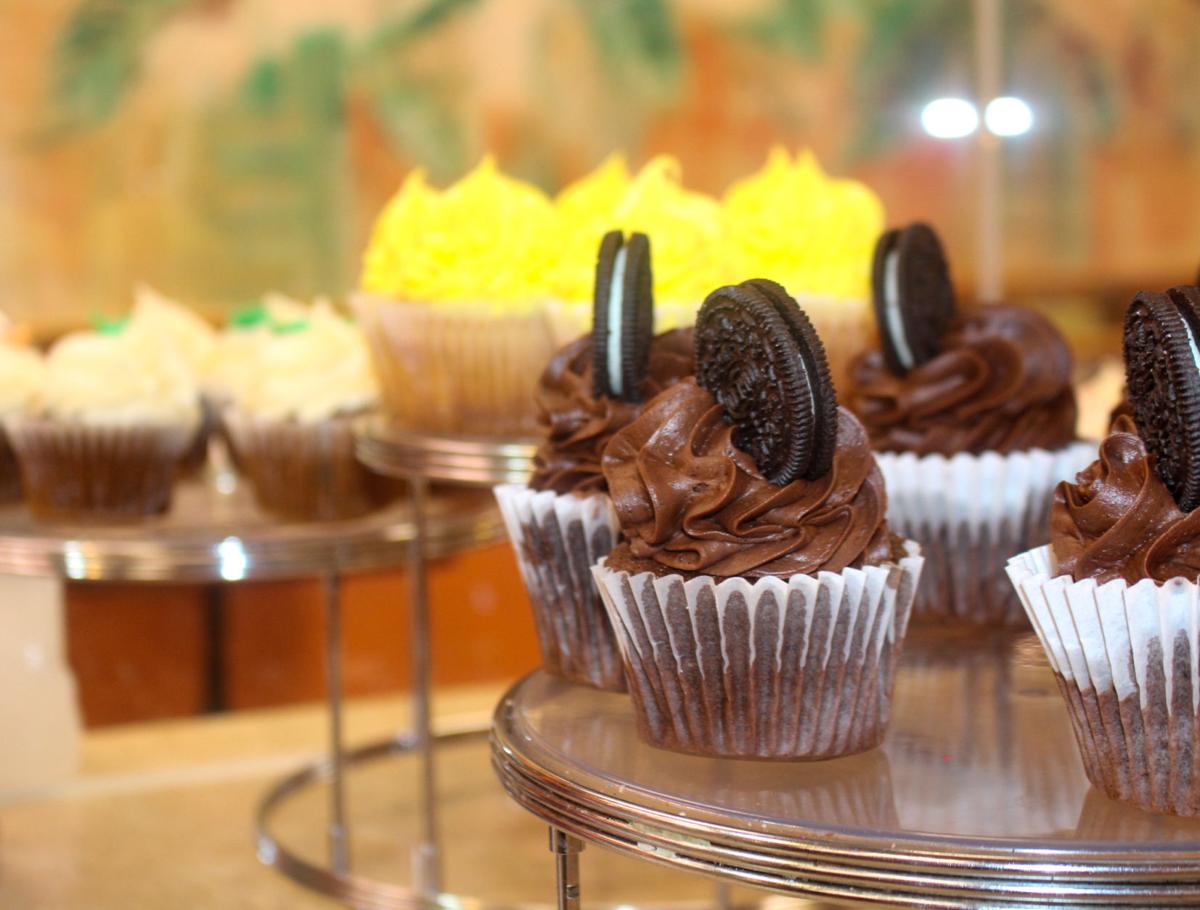 Oreo, lemon and carrot cupcakes sit in the display at Pam Pam’s Cupcakes.

A cupcake display sits in the window of Pam Pam’s Cupcakes on Newcastle Street.

A half dozen of Pam Pam’s cupcakes

Oreo, lemon and carrot cupcakes sit in the display at Pam Pam’s Cupcakes.

There isn’t a wrong time of the year to eat a cupcake, especially from Pam Pam’s Cupcakes in downtown Brunswick. Pam Taylor has her bakery full of fun fall and Halloween decorations welcoming people as soon as they walk in.

Taylor is getting ready to start making her annual Halloween cupcakes today and will have them available throughout the weekend.

She said the flavors would be similar to those she makes daily, but it’s the decorations that make it into a spooktacular creation.

“I just do the regular cupcakes I do all the time, and I just turned them into Halloween cupcakes,” Taylor said. “A lot of the flavors I have people already like them, so I don’t change too much. Sometimes I can put extra stuff in it like coconut into a chocolate cake to make it a little different.”

However, she does have some stuff up her sleeve for Halloween, including a delicious “blood” cupcake.

“I put the ‘blood’ on the cupcakes, like the red velvet cupcakes I do with the cream cheese on it. I put the blood on it — I squirt some strawberry syrup,” Taylor said. “I have a little knife that I put in the top of the cake.

She also has plans to do one of her favorite Halloween cupcakes that feature a Nutter Butter cookie. Taylor said she turns it into a headstone and creates a delicious graveyard setting that people of all ages would love.

“I’ll put the grass, and I put Oreos around the grass and some pumpkins or something in the grass, and then I’ll stick that cookie in — it’ll look like a headstone in the cupcake,” Taylor said. “If I have some ghosts and goblins, I put them on there too. I love the one with the rest in peace. That’s my favorite one.”

Taylor will have been in the cupcake business for 10 years this coming June, and she said it’s so rewarding making yummy creations for the community to enjoy.

“The most fun is just making things — any kind of way I want to make them. When the holidays come up, I make special Halloween cupcakes, and I know I’ll do some new ones this year. I go by the books with pictures, but I also come up with my own creation too,” Taylor said.

“It’s not boring because I do cupcakes every day. I do Halloween, Christmas, Easter, the football season — I do the football cupcakes. So I get a variety of things. I specialize in cupcakes. I love doing cupcakes.”

Despite 2020 bringing so many challenges to the Golden Isles and the world, Taylor said people still came and purchased her cupcakes for themselves and for essential workers.

“A lot of people bought cupcakes for the doctors and the nurses,” Taylor said. “I got to the point where I was going to the hospital every day to make deliveries. That was really good. They wanted to make sure they were okay because they were working so hard.”

After chatting with Taylor, it’s evident she is doing what she’s meant to be doing — spreading happiness and joy through her cupcakes.

She said her favorite thing about her job is coming in every morning and being able to mess up the kitchen.

“Coming in every morning, getting ready to cook and the kitchen is all clean,” Taylor said. “You can mess up a kitchen really bad making cupcakes, but every morning everything is in perfect order. Then I come in and do it again. I love it.”

With 10 years under her belt, Taylor has so many stories of people who come in from all over the world to have her cupcakes. She even recently shipped them to Arizona and Utah.

Taylor said when it comes to her Halloween cupcakes, it’s not just the flavor people love. It’s what she adds to it that makes them some of the best cupcakes in the state. Not to mention she makes them all from scratch, which gives it a homey and warm feeling.

“I think it’s the decoration — the flavor, too. If you can make a pretty cupcake, it’s more likely pretty inside, too,” Taylor said. “I cook with love because I love what I do. Every day I walk in here, I’m happy every morning. I don’t care if it’s bad weather — it’s nice.”

With the holidays and Halloween right around the corner, she shared a pumpkin cupcake recipe offered daily at the bakery.

It’s an easy recipe that anyone can make, and she said it’s delicious.

Beat sugar and oil at medium speed until blended. Add eggs, beat well until light and fluffy. Then, beat in pumpkin. Add dry ingredients. Blend until well mixed. Scoop into cupcake pan and bake for 1 hour at 325 degrees. Cool for 10 minutes and decorate.

Four Georgia state senators — including outgoing Sen. William Ligon, R-White Oak — joined a chorus of voices urging state leaders to convene a special session for the General Assembly and to make some kind of reform in the registration and absentee voting systems in advance of the Jan. 5 U.S…