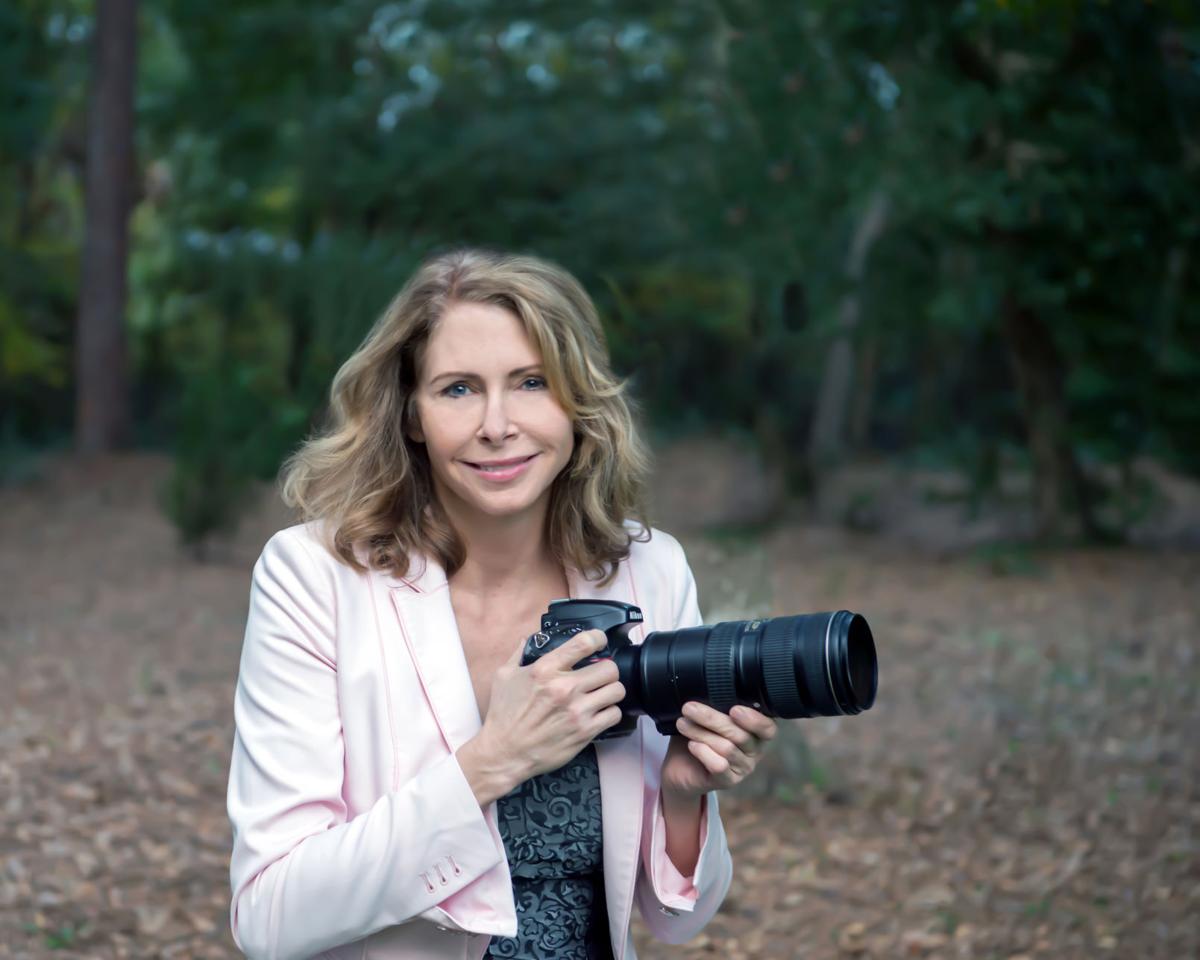 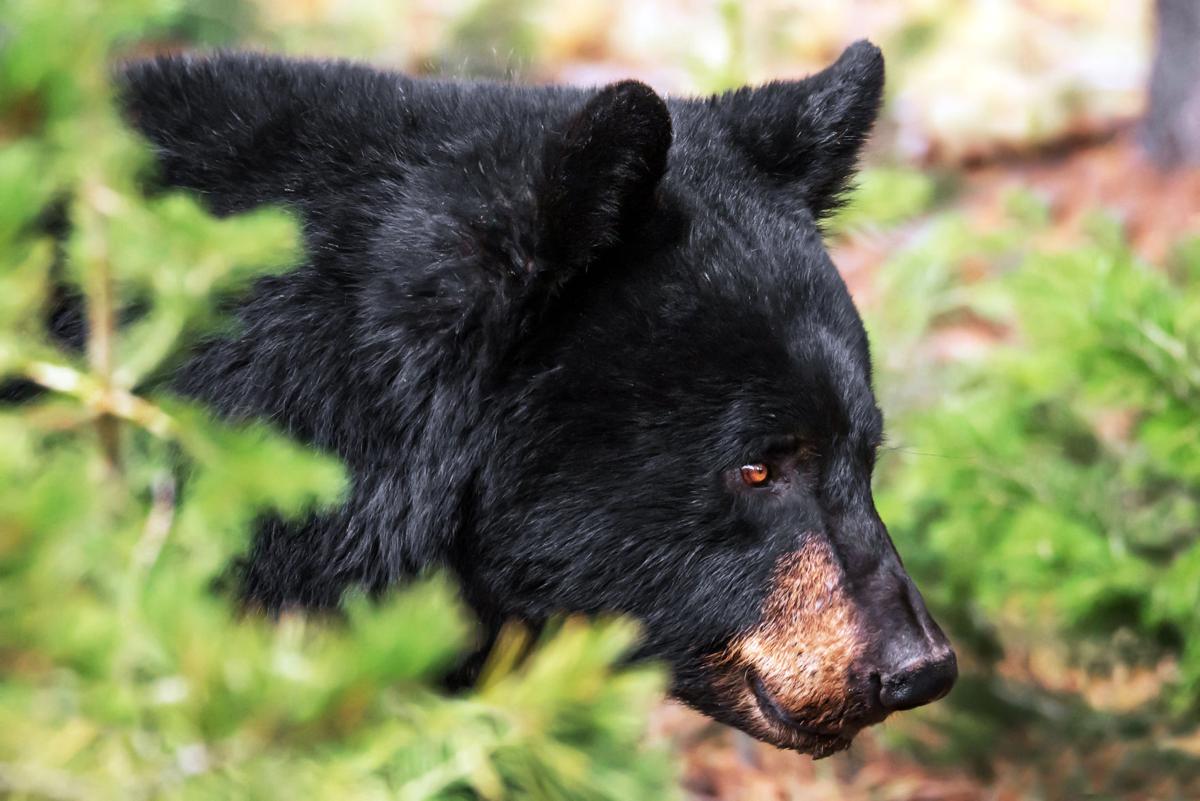 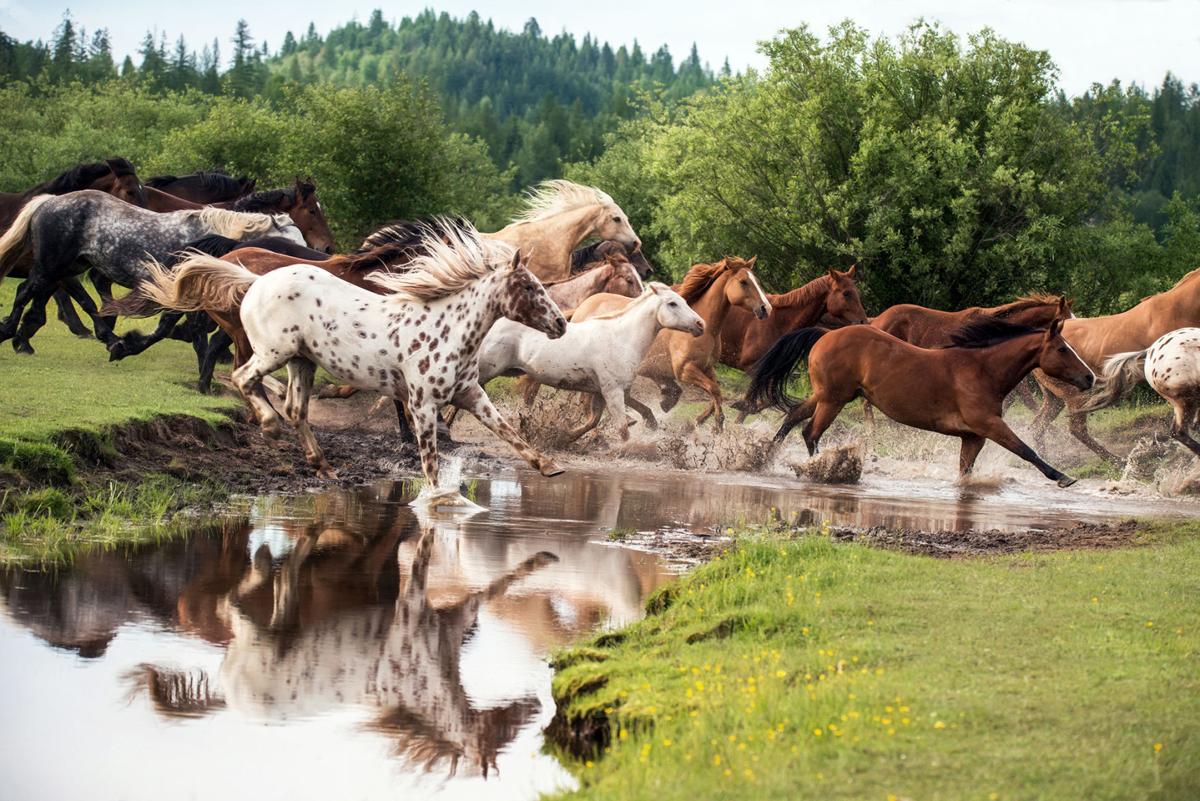 Ginny Worthington understands the power of a moment. The current president of the Coastal Georgia Photographers’ Guild has captured powerful images, many of which include freeze-framing pieces of nature.

One of those, a closeup shot of a grizzly bear, was captured in Yellowstone National Park in the Pacific Northwest.

“I was actually too close there,” she said with a laugh. “She was wandering toward me, and I just stayed put. She had two cubs, but I never got between them, of course. It was an amazing moment.”

Worthington has many similar stories. She’s traveled across the country and beyond to capture exotic animals and landscape.

“I love horses, in particular, but nature in general is what I love photographing. I’ve been really fortunate to be able to travel to the Galapagos Islands, Grand Teton, Baja Mexico ... it’s just fantastic,” she said. “I feel really blessed, and I hope to go many more places.”

Of course, Worthington, like every other budding photographer, had to start at the beginning. She first picked up a camera after her children left home for college in 2014.

“We were in Texas, and both my boys went off to college. That’s when I got my first DLR ... and the rest is history,” she said with a laugh.

“There had just been a lot of changes in my life with the kids going off to college and my dad passing away. That’s when I decided to go to the Galapagos with my new camera, and I fell in love with the whole process.”

Since then, Worthington has perfected her skills. She also surrounded herself with others who share that passion. The Coastal Georgia Photographers Guild officially formed in 2007 with the goal of fostering the love of the art form throughout the Isles.

Worthington joined two years ago, after relocating to St. Simons Island to retire. She was approached about becoming the president last year. Of course, with the pandemic, her tenure proved to be a bit out of the ordinary.

“They asked if I’d be interested in doing it, and I’ve done some similar work in the past so I was honored. I was excited to take the role, but it’s really been carrying everything forward and expanding on programs laid by the people who came before,” she said.

In normal times, that included the group’s monthly meetings held on the third Thursday of the month. But, those have been suspended and replaced by virtual gatherings that feature various speakers.

Worthington notes that this has actually been a bit of a blessing in disguise.

“With COVID, we’ve been able to reach out to speakers who are far beyond our local area. We’ve had a National Geographic traveling photographer and another very high profile photographer named Carol Highsmith who has worked with the Library of Congress,” she said.

“So in that way, we’ve been fortunate. And my son, Chris has actually moved here from Los Angeles and he’s the vice-president of the guild. He has a degree in film so he’s been helping a lot with the technical aspects. That’s been a silver lining.”

While the guild has been forced toward innovation, they’ve also kept some tried-and-true elements. For one, they’re still planning to host the Big Photo Show this summer. Worthington says it’s the primary way their members are able to share their work with the public.

“The Big Photo Show is a juried show that’s held annually. We have divided it up into two divisions this year — the aspiring and the experienced. That gives people who are new to photography an even playing field in the competition,” she said.

But Worthington notes there are other shows also held in tandem with this event.

“We also have the sister show at Creative Frameworks in Brunswick. Then, we have the Best of the Best, which are all the winners from past years at the St. Simons Island Visitors’ Center,” she said.

Worthington feels that this exhibition not only showcases the talents of area photographers but also the variety in points of view and expression.

“The thing about photography as an art is that you can put the same subject in front of 10 photographers and get 10 different interpretations. It really is fascinating to see how other people see the world,” she said.