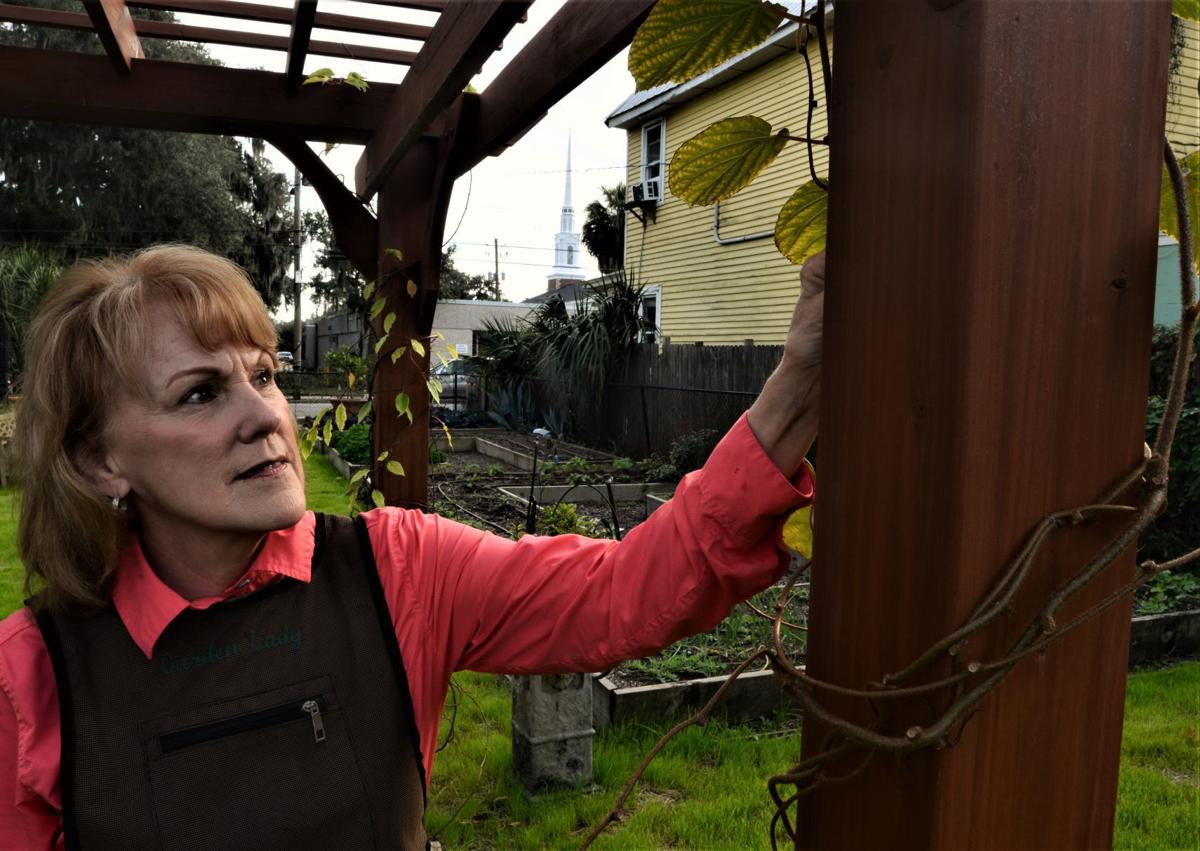 Linda Dorsey with a pergola that has kiwi vines growing on it. 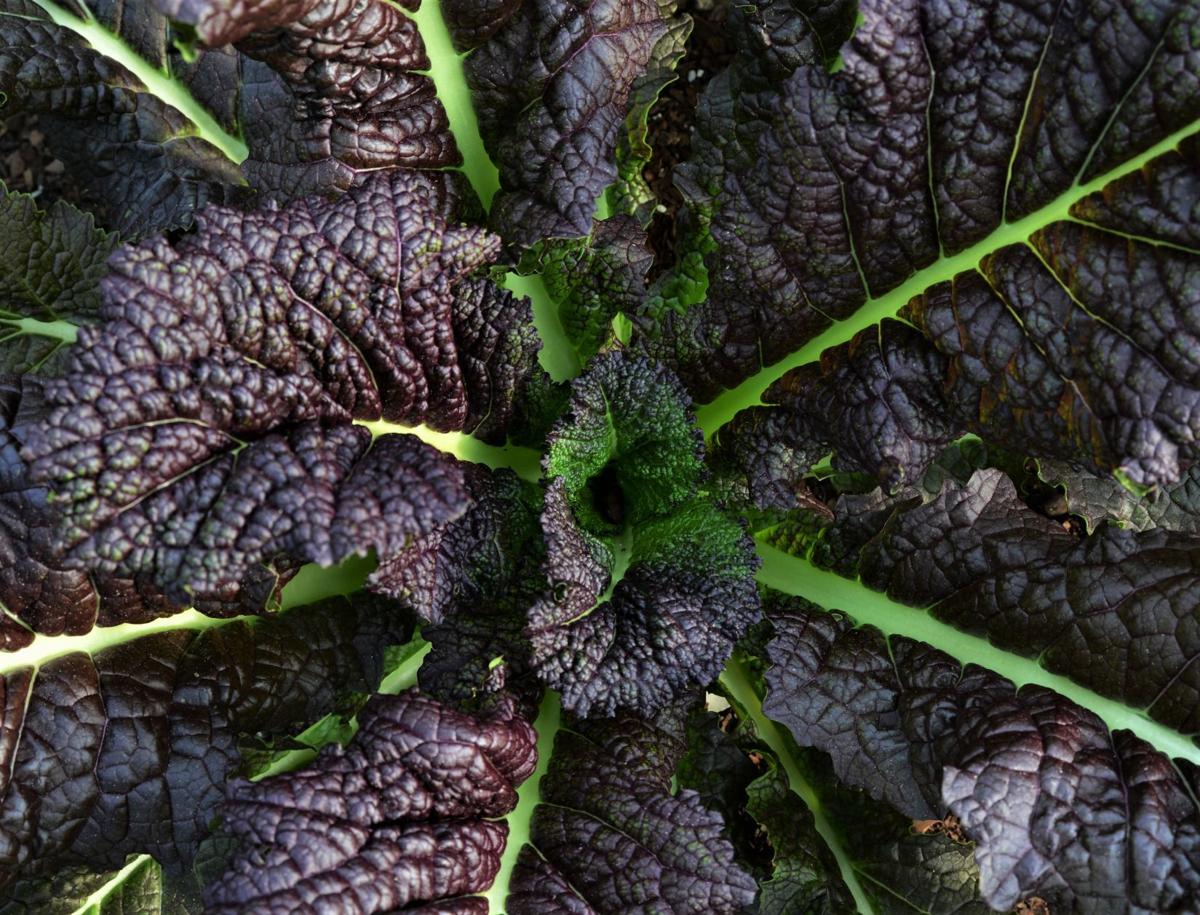 Red mustard grows in the garden. 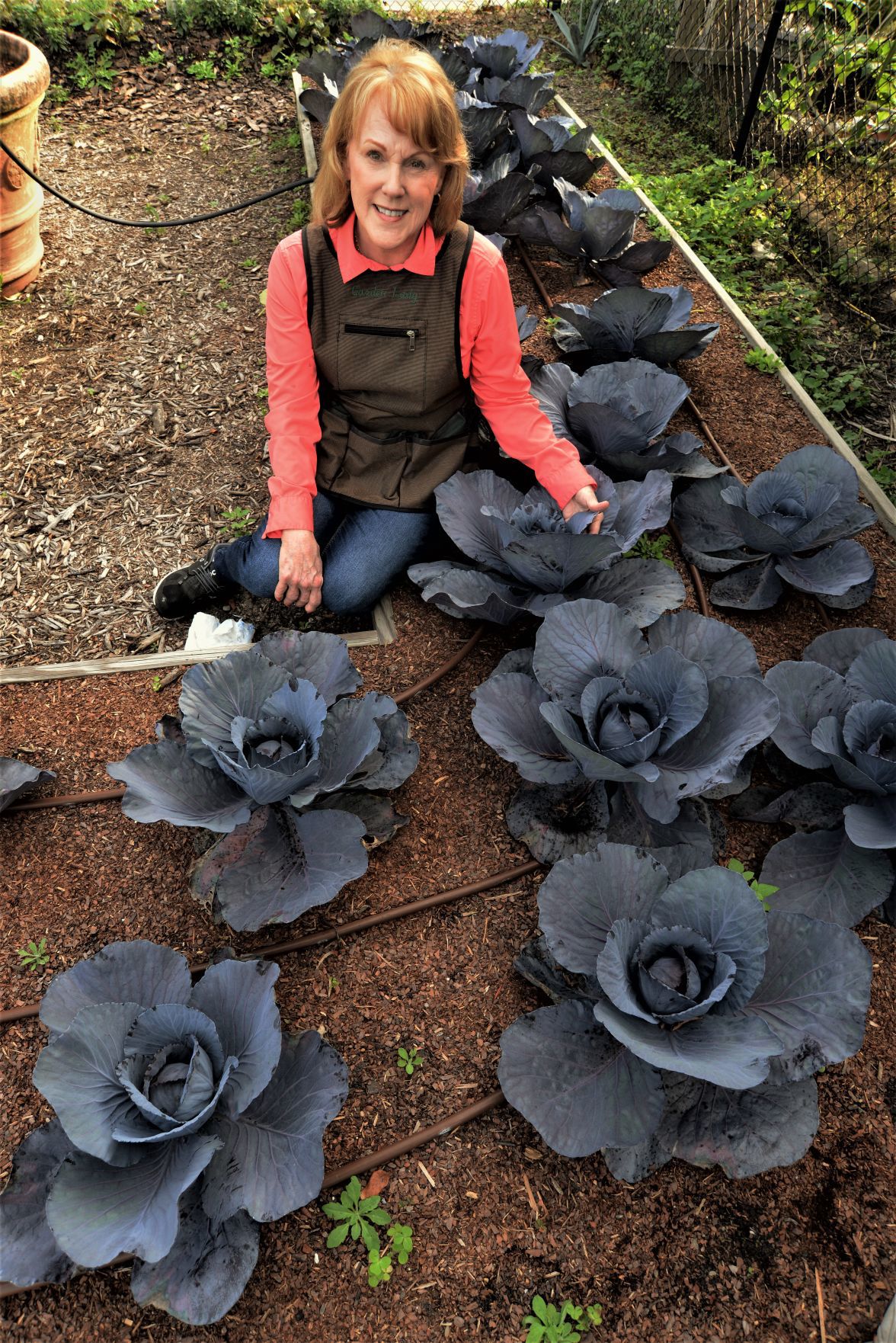 Linda Dorsey with a pergola that has kiwi vines growing on it.

Red mustard grows in the garden.

“You shall leave them for the poor and the stranger,’’ God instructs in Leviticus 23:29.

Some gardeners at St. Marks Episcopal Church go well beyond that in planting and harvesting a little quarter acre plot and giving it all to the needy. The St. Marks’ Brubaker Giving Garden covers a lot on Monck Street that is behind the church’s day school and serves as an example of the body of Christ feeding the physical bodies of the needy.

A pair of master gardeners, Linda Dorsey and Edith Gross, both fairly recent additions to the St. Marks congregation, tend the organic garden with some helpers that includes youngsters from the day school.

They recently harvested broccoli, cauliflower and sweet potatoes and are cropping collards periodically. Those on the receiving end include Grace House, St. Marks Towers, the Wolfe Street House, The Well and sometimes the nearby fire department where the firefighters cook their own meals.

Also, Dorsey said, “We give the homeless as many vegetables as they can carry.”

St. Marks members also volunteer at the Manna House every fifth Wednesday, she said, and the garden sometimes provides fresh vegetables. Dorsey said she is hopeful the garden will yield enough cabbage in coming weeks to feed 200 people there.

“In the spring, they love all the salad and tomatoes,’’ she said.

Some churches that have community gardens sell their produce to raise revenue to help the needy, but nothing is sold from the Brubaker Garden, she said.

Not only do they share the harvest, but thanks to a grant, they will soon spread the gospel of growing for the benefit of others.

A sizable grant from the national Episcopal Church will fund instructional videos and trips to instruct others on establishing donation gardens, Dorsey said.

“We want to remain in the Episcopal diocese as much as we can, but we’ve had inquiries from a number of other churches,’’ she said.

If some local churches follow St. Marks practice, they could help fill a gap.

“We don’t have enough vegetables to feed all the people in Brunswick who need it,’’ she said.

The videos will cover planting, harvesting, soil preparation, composting and other topics. Gross and Dorsey will also travel to conduct teaching sessions at churches, schools, and city and county organizations. In a few weeks, they expect to have a website up and running on the garden.

“We hope Brunswick will become the cornerstone of many more giving gardens throughout the state of Georgia,’’ Dorsey said.

Gross, who has gardened for more than three decades, stressed she’s not a master gardener, but “a willing assistant.”

She said the garden represents life, caring and opportunity, and she expressed amazement at the unpredictable but rewarding things that happen.

She had just left an afternoon of working while fighting sand gnats.

“I had a man walk by a few minutes ago and stop. He said he’d walked by often and never noticed it was a garden. I had the privilege of giving him a cabbage,’’ she said.

She is astonished that the donations often meet a specific need as happened a week earlier when she delivered bags of collards and cauliflower to Grace House. All the women residents who are in recovery from addiction were glad to see them but “one woman just lit up,’’ she said.

“She said she had put collards and cauliflower on a [grocery] list. She chews on raw cauliflower when she wants a cigarette. We just took it to just bless them, and it’s helping her get over her addiction,’’ Gross said.

“We’ve always got something growing,’’ she said, and it has transformed that once vacant lot that now has trellises, benches and flowers beside the vegetables.

“It’s a joy to keep that section of Brunswick beautiful,’’ Gross said.

Oddly enough, the garden wouldn’t have been possible if not for a crime, a November 2003 fire that destroyed the more than 100-year-old house that sat on the lot and damaged two neighboring houses. A neighbor had called the police after seeing teenagers break into the vacant house about 2 p.m., 2 ½ hours before the fire was seen. Police questioned at least three juveniles after the fire.

The church paid $36,000 for the property in 2010 with no plans for it but mainly because it bordered the then fledgling day school and was near the church, said the Rev. Alan Akridge.

“For the next four years, we simply maintained it while letting the congregation know that it might be a ministry opportunity,’’ he said.

During that time, Boy Scouts Ben Butin and Dylan McCloud built raised beds on the property as their Eagle Scout project assuring it would become a garden, Akridge said.

In July 2014, after long-time member Bob Brubaker passed away, his widow, Carol Brubaker, decided to honor her late husband by completing the Scouts’ vision. A master gardener herself, she drew up plans for an organic, raised-bed garden that would provide for those who didn’t have access to those foods, Akridge said. Dorsey pointed out that the center of the plot is a grassy cross with the beds in the corners.

But just a year after Bob Brubaker’s death, Carol Brubaker passed away in an accident in her home before the garden was completed. Her daughter, Katie Highsmith, worked with St. Marks to finish the garden, and the Calvin and Marisa Allen Foundation Inc. honored their friend Carol Brubaker with a special gift that provided funding for fencing, sprinklers and a deep well, essentially all that was lacking to complete the garden except for some essential personnel.

“But we still lacked a master gardener to take the lead,’’ Akridge said.

Dorsey moved to St. Simons, began worshiping at St. Marks and asked about ways to get involved, he said.

Akridge said he named a number of possibilities, “but Linda immediately lit up when I mentioned the garden.”

As she tells it, she was a gardener without a garden. In the first year all the raised beds were yielding fresh vegetables.

The garden now has a shed, some trellises, kiwi vines twine around a pergola and citrus grows in big pots.

Dorsey said she would like to have more to give away and plans to expand the beds to increase the growing area.

Akridge noted that the garden has “brought Carol’s vision to life.’’

“Carol probably would have planted more flowers,’’ she said.

Indeed, when Carol Brubaker had a plot years ago at the Glynn County Family Garden Club on St. Simons, she devoted some of her plot to flowers, but some had a dual purpose. She usually grew nasturtiums, the showy little plants with round leaves and peppery, edible blossoms.

Akridge said, “It’s just like God to ‘plant’ a vision in he hearts of a congregation. With seven years of watering and a lot of sweat, beauty has blossomed in downtown, which feeds he spirit just as literally as it feeds the soul.”

For Majs. Nancy and John Fuller, the Salvation Army has interrupted their joint retirements more than once. For now, it’s a six-month stint leading the Brunswick office.

Art of Flight to raise funds for Glynn Visual Arts

When you’re a part of a group like Glynn Visual Arts, it goes without saying that you’re “creative.” But that’s not only true of the painters and potters that congregate there — it also applies to the nonprofits leadership.

Opera 'Carmen' to be staged at Ritz

Evelyn Hughes has loved opera for as long as she can remember. It was something she started pursuing in college, but the music has continued to impact her life in the years that followed.

Dr. Jen Heller sank into the cozy sofa situated in her office’s sitting area. It was a rare moment of downtime for the chiropractor, who is always busy with patients at 208 Scranton Connector, Suite 120, Brunswick.