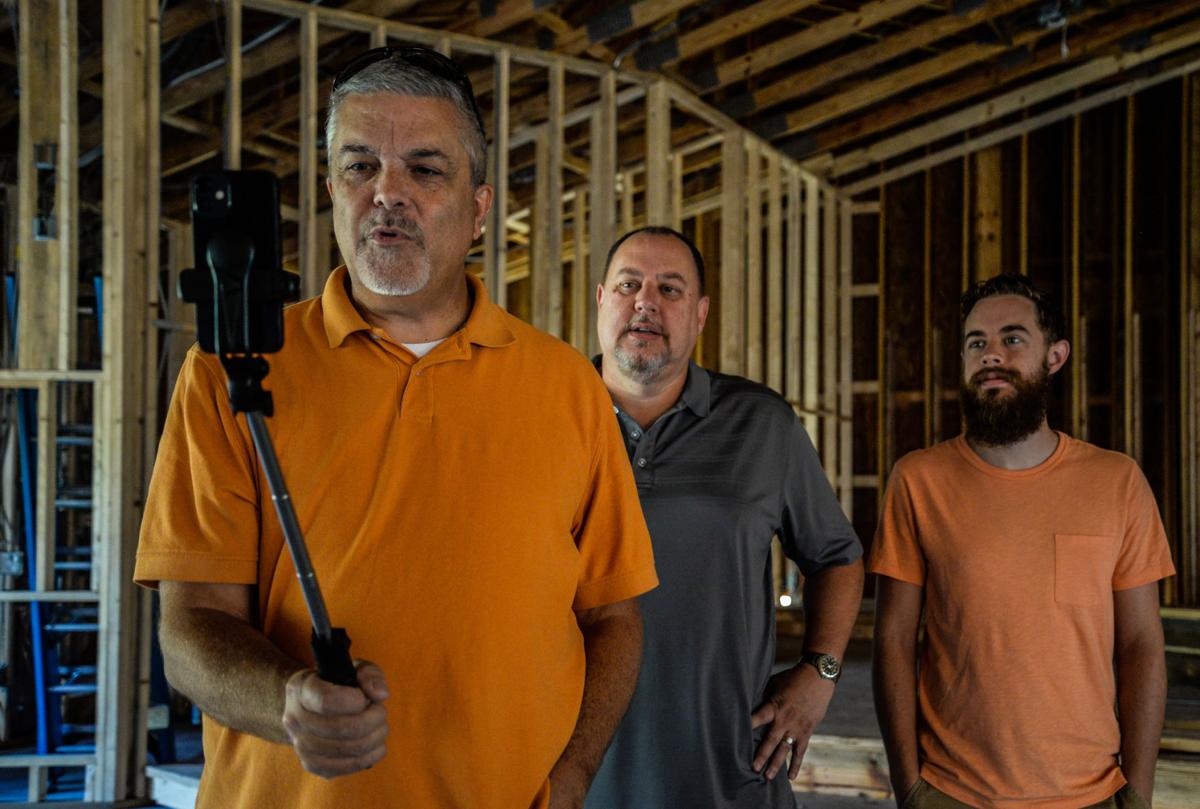 The Rev. Mike Bowles, left, holds the camera and speaks as he and associate pastor and music director Paul Reed, center, and director of children and youth, Cameron Reed, do their weekly prayer and tour of the new building. 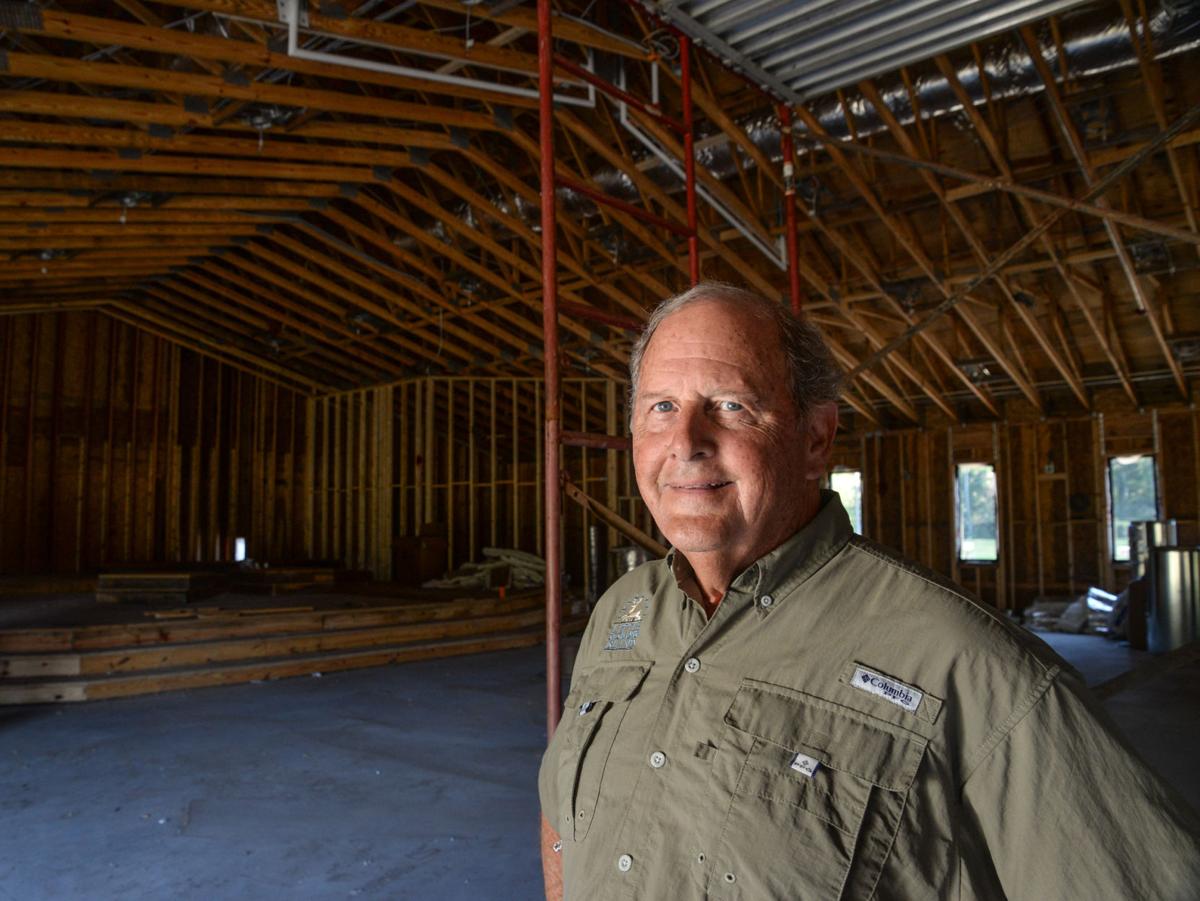 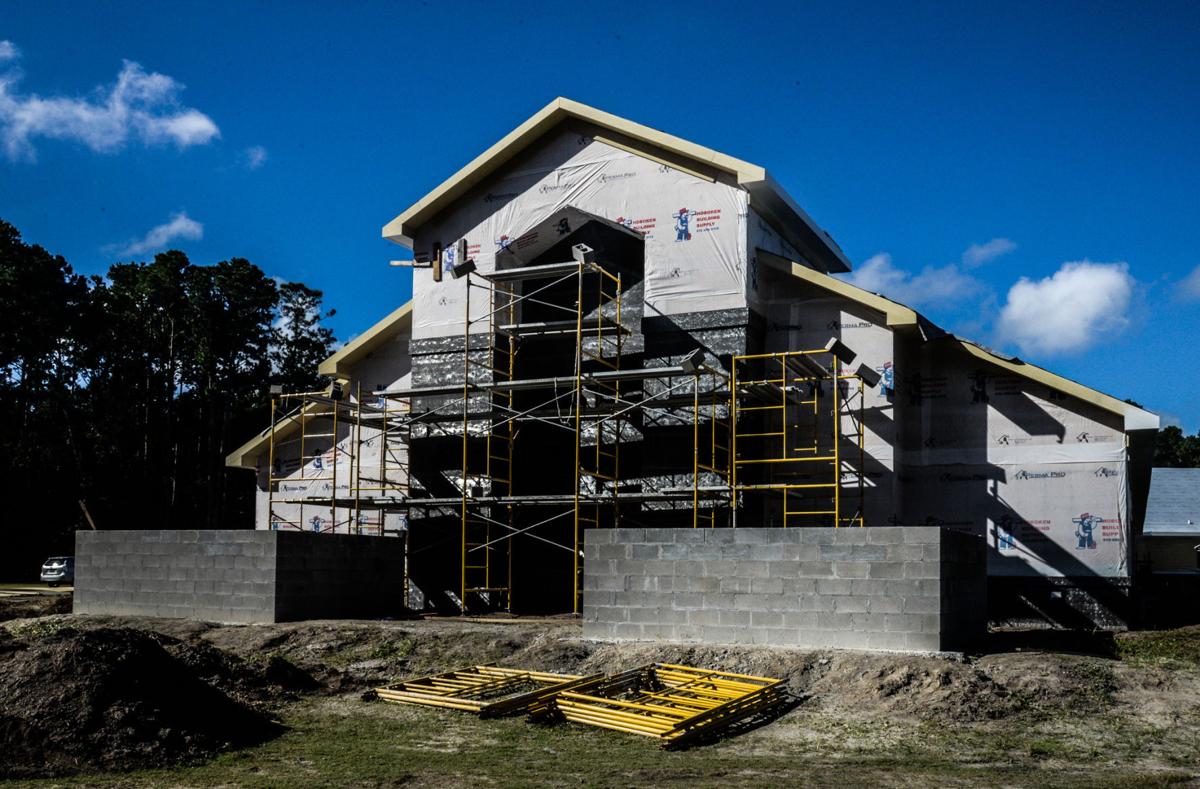 The Rev. Mike Bowles, left, holds the camera and speaks as he and associate pastor and music director Paul Reed, center, and director of children and youth, Cameron Reed, do their weekly prayer and tour of the new building.

It’s getting close to the time when people start counting off the number of shopping days left until Christmas.

A St. Simons Baptist church is more concerned about the number of construction days left to complete work on a new building where its leaders hope to have a Christmas service.

Seventeen years after Sea Island Co. gave Frederica Baptist Church 13 acres to build a church off Frederica Road, there’s a roof over a 15,000-square-foot building that includes a fellowship hall/sanctuary, kitchen, classrooms, nursery and administrative offices among other things. Given the current membership, that amounts to about 1,000 square foot per member.

That seems a stretch but as member Rick Shelnutt, who is overseeing construction, says, “We stepped out in faith.” The plan is to step into the new building by Christmas, but that will take some work at a time when most projects face a litany of obstacles beginning with the cost and availability of supplies, he acknowledged.

“We’re paying three times more for lumber than we budgeted for,’’ he said, and the increased price of copper drove up the price of the electrical system. Even the price of energy efficiency has jumped as the rosin used in spray foam insulation has doubled, Shelnutt said.

Although he doesn’t mention it, contractors everywhere have complained about a shortage of workers. Some stayed home because they caught or feared COVID-19 while others just enjoyed their stimulus and extended unemployment checks.

The pandemic and the budget woes it caused is not the first time Frederica Baptist has faced adversity and come through it.

Since its formation, the congregation had the goal of building a Baptist church on the north end of St. Simons, but before then they needed a place to worship. They bought the three-story commercial property at 1700 Frederica Road and turned the parking garage beneath it into a worship center and fellowship hall while dedicating the third floor to Sunday School rooms and offices. That left two floors they could lease out to make payments on the $4 million mortgage.

“We were thinking all along we need to start ramping up and get to building out here,’’ Shelnutt said on the grounds of the new church.

But in 2006, an economic downturn began that would become the “Great Recession.” Some tenants on the two floors couldn’t pay their rent and, Shelnutt said, “We were struggling.”

But they made it through that, and then some favorable things happened during the pandemic, said the Rev. Mike Bowles, Frederica Baptist’s pastor for the past two years.

“God being gracious sent us buyers for the third floor,’’ he said. “That was not something we were pursuing.”

It enabled the church to get started on building, he said.

“Actually, we’re a couple of years ahead of schedule,’’ Bowles said.

While the congregation looks forward to “throwing open our doors,’’ they’ve had to adopt some non-traditional practices that will remain in place the next few months.

The church’s “life groups,’’ such as Sunday School, are being conducted in members’ homes. Sunday worship begins at 9:30 a.m. so the sanctuary/fellowship hall can be turned over to youth pastor Cameron Reed for his programs.

The church averages about 80 in worship services partly because some of the older members are still watching at home by streaming. Bowles said he has been noticing a lot of visitors lately and believes many of them will attend services in the new church.

Asked about the possible opening date, he said, “I think it would be a Christmas miracle,’’ and that the church is prepared to accept God’s perfect timing should the first services in the new building be later.

Bowles, Cameron Reed and his father Paul Reed, the associate pastor and music director, come to the church weekly and do a video prayer session and tour that members can see on line. When they were there Thursday, there was a lot going on as me worked high in the rafters installing duct work.

Bowles said he believes a lot of people are waiting for the new campus and new building that will offer a state-of-the art nursery, an outdoor playground and a lot of room for youth and children’s programs.

When he drives to church on Sunday mornings, Bowles said, he sees a lot of people going about a lot of activities.

“There are a lot of people on this island and around who are not in church. We look forward to reaching them,’’ he said.

The church will also reach out to some neighbors at the opposite ends of the age spectrum, at the nearby Marshes Edge retirement community and to Oglethorpe Point Elementary School through a thin stand of trees.

Frederica Baptist conducts services once a month at Marshes Edge and some of the attendees are already excited about having the new church a short distance away where they can worship.

Oglethorpe Point has insufficient parking for the parents who drop off and pick up students, so the church has offered to let them use their parking lot, which will have 77 spaces on the side closest to the school, Shelnutt said.

The school board can only spend money for a connecting walkway on public property, which means they can’t do anything past a dividing draining ditch, Shelnutt said. Shelnutt has suggested the portion on the church grounds be completed by the school’s PTA.

A lot remains to be done on a lot of fronts, but Shelnutt and Bowles said the congregation has faith that what they are doing is God’s will for the church.

“We’ve just decided to trust God that this is what he wants us to do,’’ Bowles said.