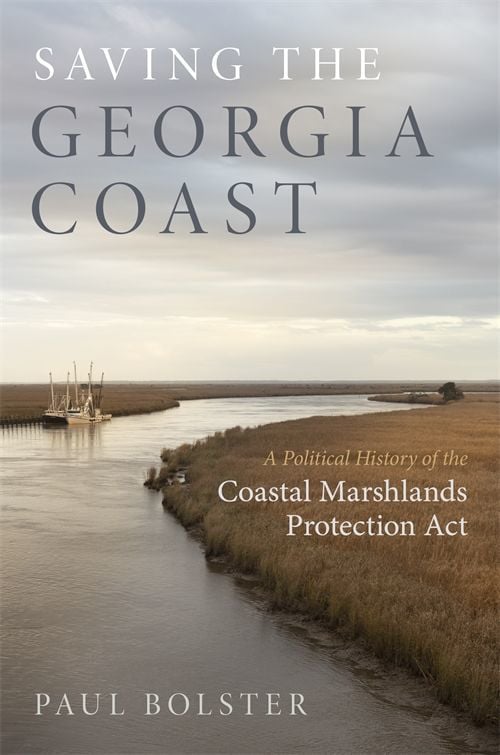 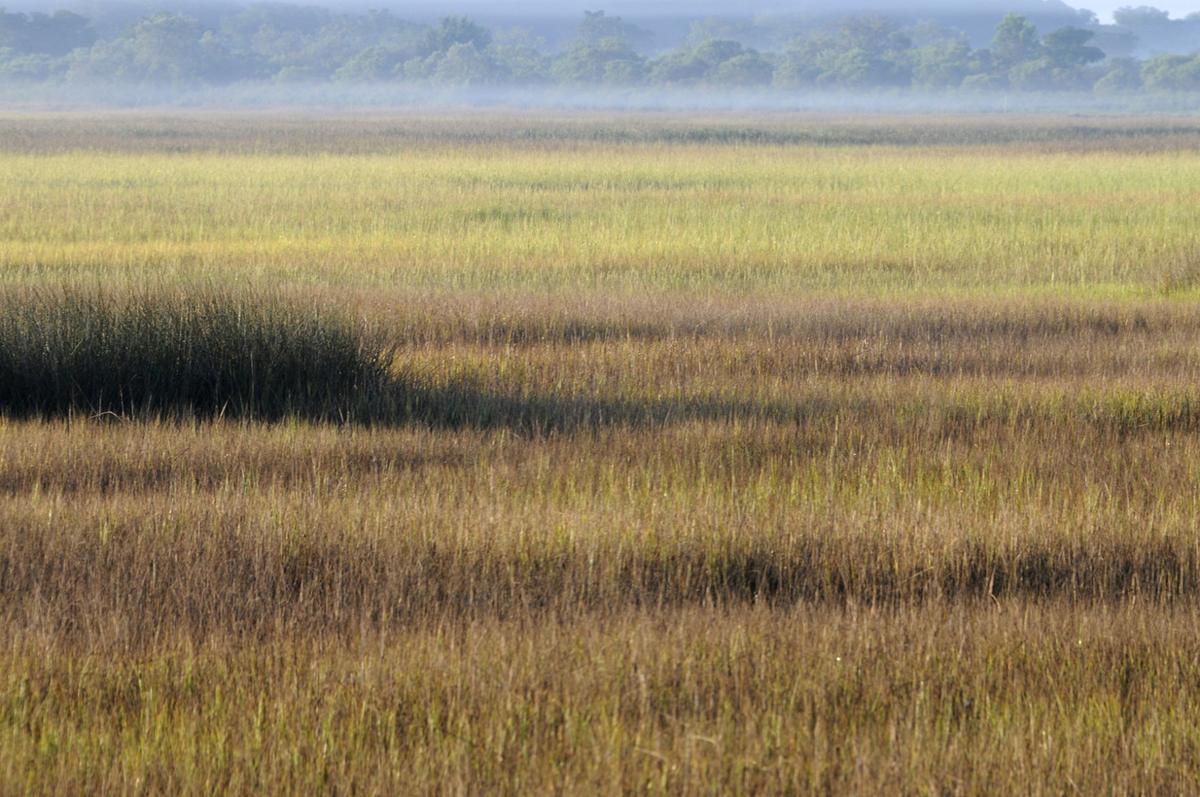 The title of Paul Bolster’s new book is daunting, “Saving the Georgia Coast: A Political History of the Coastal Marshlands Protection Act.”

It is about how laws were made in the state, in particular the one that has for 50 years protected Georgia’s 100-mile coastline. The old adage, “Laws are like sausages. It’s better not to see them being made,’’ would seem to apply. But in the 300-plus pages of the University of Georgia Press book, Bolster leaves out none of the flavoring spice as he covers a period pivotal, not just to preserving the coast, but also tearing down a political system that gave Georgia’s governor near supreme power.

A Georgia House member from 1975 through 1987, Bolster got interested in the Marshlands Protection Act as he sought an answer to a question that popped up during a paddling trip off Little Tybee Island.

“It was the pristine sandy beach and the solitude of the island that drew me,’’ Bolster wrote. He spoke of walking on the sand and seeing the shells and cord grass.

“I paddled my kayak in the marsh and wondered who owned this?,’’ he said during a telephone interview.

He began asking around and Jason Lee, program manager for the Department of Natural Resources’ non-game section, filled him in on the history. The unspoiled marshes he paddled through along Little Tybee may not have been there had an industrial giant been given its way back in the late 1960s.

Kerr-McGee Corp. knew there was valuable potash (an alkaline potassium compound frequently used in fertilizer or soap). Below those marshes, just as there had been in the Florida, and the company wanted it. Their lawyer Charles Gowen, who had left Brunswick for Atlanta to join King and Spalding, asked the state Mineral Leasing Commission to advertise for bids on mining leases. Kerr-McGee wanted to mine 92,000 acres of marshland and Wassaw Sound to the three mile limit. It’s plan was to strip the marshgrass, mud and other overburden, and pile it on islands, sandbars and marshes and then excavate the phosphate down to the limestone and clay that protects the aquifer.

Rather than simply rubber stamp the request, Gov. Lester Maddox allowed the press into meetings on the subject, Bolster said.

“It was the very beginning of environmental organization in Georgia,’’ Bolster said.

The Sierra Club at the time had only one club that covered the entire eastern U.S., but, with the public alarmed, it and other organizations grew quickly.

Bolster gives credit to a lot of people for the Marshlands Protection Act but especially the late Reid Harris, the member of the Georgia House who sponsored and pushed the act through the legislature. Ironically, Gowen had hired Harris right out of the Emory University School of Law to join him in what was then one of Brunswick’s best law firms.

A real estate lawyer, Harris knew what was at stake, and he gingerly guided the bill to passage.

Harris, Bolster noted, carried around a few phosphate rocks in the pocket of his suit as a reminder that Kerr-McGee wanted to do to Georgia what miners already had done in Florida. Indeed, the plan was not to restore the excavated marshes, but to dump the “slime wastes’’ offshore, Bolster wrote.

Most of Bolster’s book details the process of passing the Marshland’s Protection Act, from the day Kerr- McGee introduced its plans through Maddox’s signing the bill into law, but it also relates some of Georgia’s colorful political history leading up to the 40-day legislative sessions in which the act was adopted.

He tells of how powerful Georgia’s string of Democratic governors had been. Maddox’s predecessor, Carl Sanders, actually had a direct phone line installed to House Speaker George T. Smith so he could keep tabs on legislation. Everything Sanders wanted was passed and anything he opposed failed.

Bolster wrote that in 1964, Georgia had nearly 400 industrial plants only one of which treated its wastewater. That was a U.S. Army Corps of Engineers facility on a reservoir north of Atlanta.

Harris was among those who changed that as a legislator, Bolster said.

Elected to the legislature first in 1964, he left his wife, three children and law practice behind and drove seven hours to Atlanta and worked on the passing the Surface Mining Act in 1968. It required kaolin mines along Georgia’s fall line to restore their deep pits. That act didn’t conceive of anyone mining the marshes and sea floor so Harris sought to correct that with the Coastal Marshlands Protection Act.

Back home in Glynn County, businesses and the chamber of commerce were all against him, decrying the loss of jobs, but the Kerr-McGee promise of riches for Georgia had never added up, Bolster wrote.

Georgia could have gained a few million in revenue, Kerr-McGee stood to gain $622 million from fill dirt, said George Bagby, whom Maddox had appointed head of the state Game and Fish Commission. The company’s plans called for using the fill to build residential developments on deep water that Kerr-McGee would create as it destroyed marshes.

At a public hearing in September 1968, Bagby went Biblical with the story of Jacob and Esau asserting “Georgia would be selling its birthright for a bowl of soup.”

Some local politicians were equally colorful. At one hearing, Darien Mayor William Tailor wore a “flaming red coat,’’ Bolster wrote, “as a token of the hell we will raise if you grant this lease of Georgia’s underwater lands.”

For all the political speech, when Harris first heard of Kerr-McGee’s plans, he called on the scientists at the University of Georgia Marine Institute and relied on their findings, Bolster said. And Maddox uncharacteristically asked marine scientists for a study.

“Reid had a wonderful coalition of people who knew the science,’’ among them Fred Marland, who worked on Sapelo Island and who is now retired in McIntosh County. Marland, who had been at Texas A&M, knew of Kerr- McGee’s work in Texas and said of the company’s methods were the same as its roustabouts on oil rigs; if something failed Kerr-McGee simply got a bigger hammer and hit it harder.

Through all the fiery rhetoric at public hearings, the promise of bringing jobs to the coast and backdoor deal making, Harris quietly worked.

Bolster opens the books with a Harris quote, “The fate of these islands, these marshes and the waters beneath them is yet to be determined. Suffering the laws of nature since the dawn of time, this fragile zone so recently invaded by the modern human horde now awaits the laws of man.”

Bolster showed in colorful detail the wait for a pivotal law.