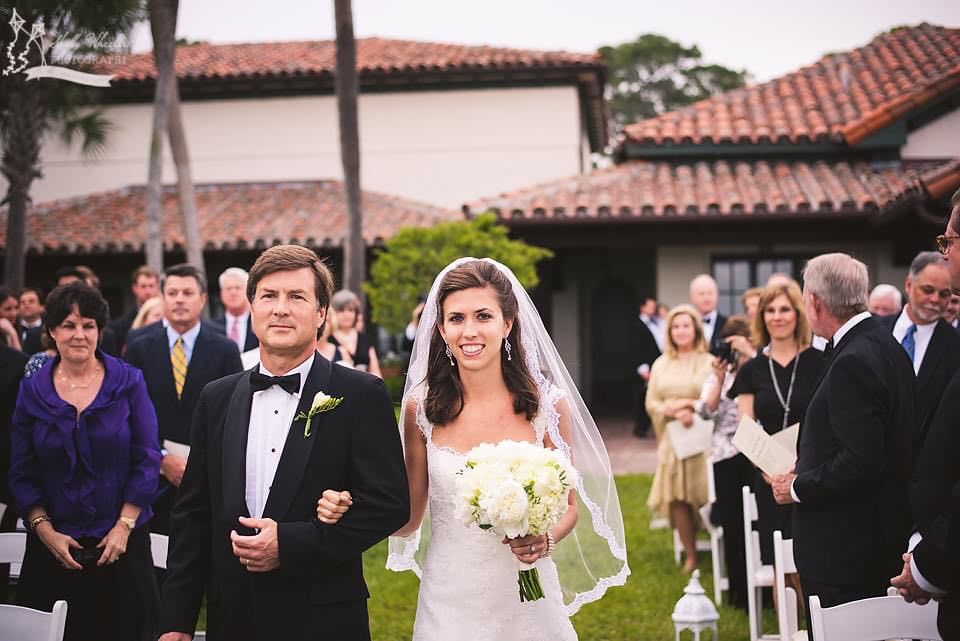 Jim Benefield, above left, escorts his daughter, Riley, to the altar at her wedding. 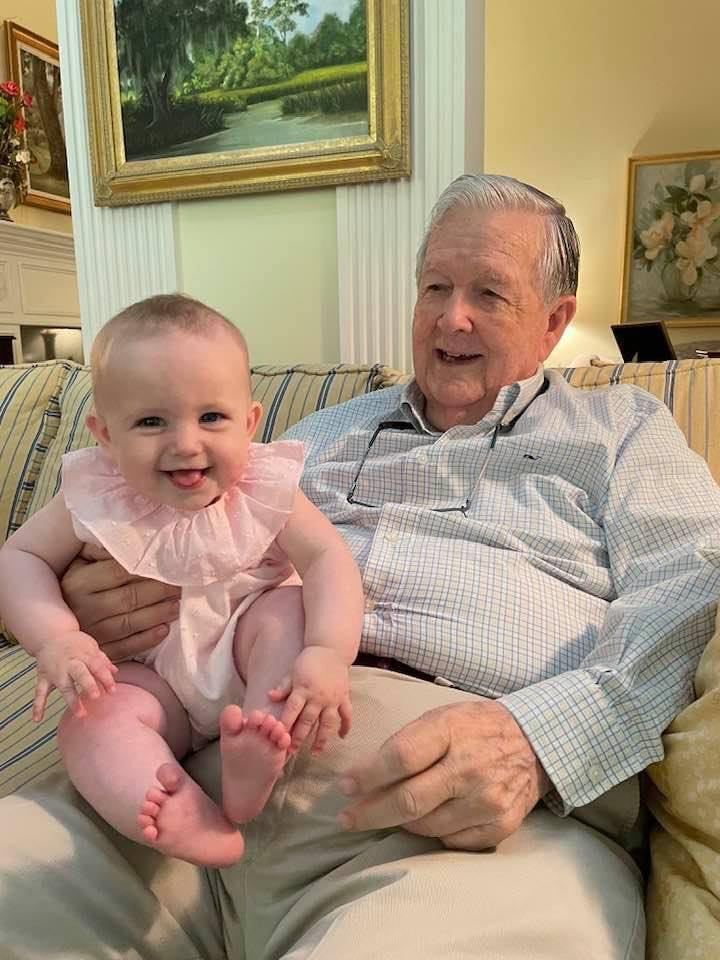 Baby Helen Mattox is held by her great-grandfather, Dewey Benefield. 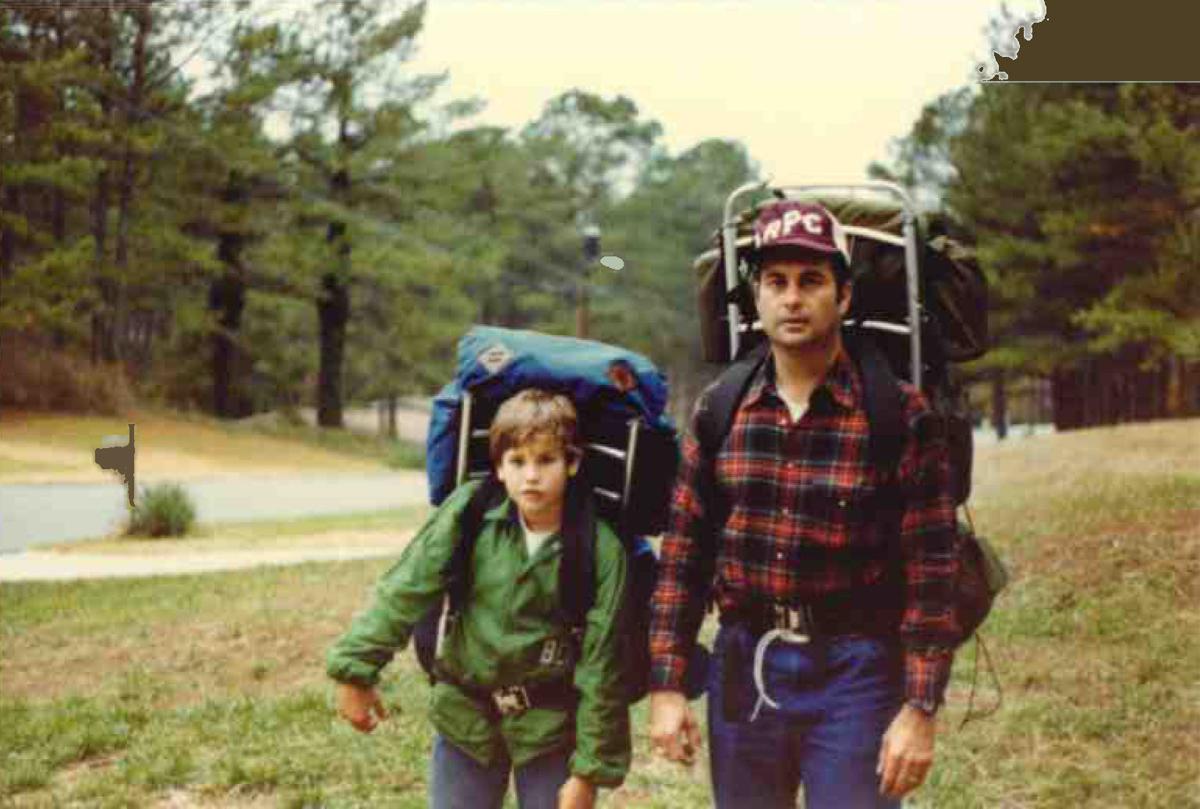 This throwback photo features Ben, left, and his dad Jack Hartman on an outdoor excursion.

Jim Benefield, above left, escorts his daughter, Riley, to the altar at her wedding.

Baby Helen Mattox is held by her great-grandfather, Dewey Benefield.

This throwback photo features Ben, left, and his dad Jack Hartman on an outdoor excursion.

On an early Monday morning, Barbara Jean’s was springing to life after yet another whirlwind weekend amidst the Isles’ bustling tourist season. The restaurant is an longtime anchor of the Pier Village, as is the family who has run the operation since 1998.

The matriarch, Barbara Jean Barta, is the mastermind behind its delectable Southern dishes. But she hasn’t been running the show by herself. Her husband, Jim, and son, Tyler, are also key players in this family business.

Jim, in particular, has become just as much of a fixture as namesake herself. And for Tyler, who serves as general manager, his father has been a constant source of strength and guidance both in business and in life.

“My dad ... he’s kind of gruff. It’s funny because he almost doesn’t have a sense of humor ... you often wonder sometimes if he’s joking or not. If someone calls and he doesn’t want to talk to them, he’ll just say, ‘Tell them I’m dead,’” the younger Barta says with a laugh.

But dry humor aside, Jim Barta has helped to lay the foundation for Tyler and his sister, Lisa, who lives in South Carolina. For Tyler, working so closely comes with pros and cons.

“My father has instilled a lot of very good values in me. Both of my parents have always worked incredibly hard. And my dad ... he would never ask anyone to do anything that he doesn’t do himself. If he asks you or any of his employees to do it, that’s because he’s willing to do it. He has always led by example. He’s been in here doing the dishes and busing tables, even as he’s gotten older,” he said.

“At home, he cleans the toilet because he doesn’t want my mother to have to do it.”

A solid work ethic and sense of duty is something for which Jim Barta is well known. A Vietnam veteran, he is also dedicated to duty and country, Tyler adds.

“He’s the most selfless person I’ve ever known. Neither of my parents have taken a paycheck in years. During the pandemic, they paid their employees out of their own pockets so that they didn’t go without,” he said.

“He’s the toughest man I’ve ever seen in my life. He did a couple of tours in Vietnam. He wears his shirt with pride on Veterans Day, but he doesn’t ask for thanks or expect anything from it. I remember times when the Wounded Warriors have come by to eat, and he picked up the whole check.”

And as Father’s Day approaches, Tyler can’t help but think about the impact his dad has made on his life and that of the family.

“He’s all about the love of family. He loves his family. And he’s completely selfless. He’s so giving of his time and his money. If he makes a mistake, he’s quick to admit it. But also if you ask for his opinion, you better be prepared because he’s going to give it to you,” Tyler said with a chuckle.

Like Tyler Barta, Ben Hartman’s life has been shaped substantially by his father, Jack Hartman. The elder Hartman had a long and celebrated banking career at Trust Company/SunTrust Bank.

“He ran the commercial real estate department for the bank in Atlanta and then had the opportunity to come home to the Golden Isles and be the president and CEO of the bank for Southeast Georgia,” Ben said.

But even with a demanding career, the younger Hartman, an attorney for HunterMaclean on St. Simons Island, says that his father always made time for his family. This work-life balance has proven to be a huge source of inspiration for Ben as he made his way in the world.

“Dad had a successful career in banking, but he always made time for his family and friends. His moral compass is impeccable. He is a man of his word and he has always treated everyone he met with respect,” he said.

Along the road of life, Ben says his dad made a point to share simple but key life lessons. And there are plenty that continue to resonate as Ben and his wife, Leslie, raise their own family.

“Travel with your family. Things break, but memories last. Cheer loudly for the Dawgs. Be at the little league games and dance recitals,” Ben listed. “Treasure your good friends. Slow down and enjoy a cocktail or glass of wine and celebrate your friends in good times and hold their hands in tough times ... people matter.”

He has also been guided and inspired by Jack Hartman’s dedication to community service. His father served on innumerable boards and committees, including leading capital campaigns for their church, St. Simons Presbyterian, Safe Harbor and for the Coastal Georgia Historical Society.

“My dad has dedicated his life to improving his community and the lives of others. He has always given back. He has led Habitat for Humanity and served meals and cleaned floors at Manna House. Dad served as chairman for the Chamber and on the Economic Development Authority,” he said.

“He has done all of this because of his deep faith and his belief that we are all called to love one another. As a child of his, you are brought up to understand that we must be mindful of the needs of others and to help our neighbors. My dad is not afraid to speak up when he sees a wrong, even if that is not the popular opinion.”

When it comes to serving others, the Isles is filled with families who focus fully on that goal. And certainly, the Benefields are one that continuously go above and beyond to give back.

“My dad and grandfather are two men I am lucky to call my mentors and best friends. My grandfather has served on countless boards and has given back endlessly to his communities through organizations like the Terry Thomas Foundation and Frederica Academy,” she said.

Mattox says that her grandfather and her father have taught her how to be a caring and empathetic person.

“I’m so glad my daughters now have the privilege to know their wonderful great-grandfather,” she said.

That is also true for her father, Jim.

“My dad is truly my best friend. Not only has he always been an incredible father, but now he is also an amazing grandfather to my girls who adore him,” she said.